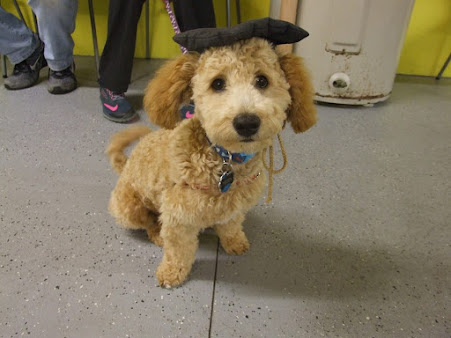 You will be able to see the reviews of people who have information of the services of Companion Animal Care (Veterinarian) near Wisconsin.

Now the firm has a rating of 4.3 over 5 and this rating was based on 65 reviews.

You may have noticed that it has an average rating is quite high, and it's founded on a large number of opinions, so we may say that the score is quite credible. If there are many people who bothered to give their opinion when they are pleased, is that it works.

You know that we do not usually bother to write tatings when these are positive and we usually do it only if we've had a problem or issue...

Where is Companion Animal Care?

My dog has a lump on his cheek that looks somewhat concerning. After a few days of the lump not shrinking, I decided to call his primary veterinarian and they did not get back to me in a timely manner, so I decided to try Companion Animal Care based on the reviews I read. To sum it up, our experience was nothing short of amazing!! From the moment we walked in, we felt so welcome. All the staff was so friendly and made my dog feel comfortable. The doctor was thorough with his explanation and diagnosis and explained to us what the next steps would be if the lump did not go away within the week. In regards to the medication they prescribed, they gave us options instead of just sending us home with the most expensive one. They went over the costs with us upfront so that we knew what to expect and so that I was able to make the choices that we wanted. I plan on making Companion Animal Care our new primary vet! HIGHLY recommend.

This place is the number one place to go for all your animal needs. Friendly staff from the minute that you go in to the second that you leave. I have been going here for the past 17 years. Dr's Joel and Hadley are amazing. Dr. Holder is the third vetinarian working there. Their assistants are so amazing. Alecia for me stands out the best, always welcoming with a cheerful smile. Prices are affordable and they even provide Care Credit payment plans if you prefer to pay your bills monthly. Honestly I can't rate this place highly enough.

What should have been a routine spay (June 28 2018) turned into my beautiful 1 1/2 yr old healthy cat dying, only to be told by the vet that these things happen. From the next day after her spay, I reported that she wasn’t doing well. I was told (on a Friday) that it was probably after affects of surgery and anesthesia and if she didn’t improve by Monday to bring her in. I did. They didn’t see anything wrong, but she was lethargic, not eating or drinking and running a fever...all signs pointing to SOMETHING wrong. They gave her a pain shot, antibiotic injection and injection of fluids between her shoulders. Sent me home with a can of cat food & appetite stimulants. Two days later, she was dead. July 4th 2018, my beautiful baby girl was found by me ...dead. I had just fed her that afternoon. I had just held her that afternoon. I called the office that morning and short version, was told by the vet that this happens sometimes and that there may have been an underlying factor and that if I had done the pre-surgical blood work (which is not indicated as necessary for a young female in excellent health and quite costly too) that they might have caught something and not proceeded with surgery! So, in reality deflection of any wrong doing, denial in any culpability and let’s turn it on a grieving owner. I will never take another pet there, I will not recommend them to anyone ever! ** Sidenote: In response to the vets Comment regarding my post, while they did not charge me for the office visit because of my finances, I was charged for all three injections, an additional cost of $100 separate from the fee of the spay. So this was not an offer of a “free recheck”. I WAS NOT offered any other recommendations for further diagnostic care other than if she doesn’t improve to bring her back.

There entire staff is exceptional, caring, and compassionate! They are the best in Fond du lac. They took very good care of my sick cat, Boots. Dr. Joel and Letti are great.

They really care about our pets

Always sends notifications when my pets next appts. All my questions answered

Very professional and caring...would recommended to anyone

Alecia was our technician, she loves our dogs as much as we do.

They had the food we were looking for.

I called on a Saturday after being at ER vet in appleton all night. Even though they were booked they could hear how upset and worried I was and were able to get Leo in. They were amazing with Leo and gave me piece of mind to get through the weekend with my baby. Thank you Companion for getting me in and taking care of my Leo.

Dr.Kramer and his staff deliver top notch care every time our cats need it.

If I could give this place 20 stars I would. I have been going to another clinic in the area and have never felt like they cared about my cats and my concerns. Coming to this place was the best decision I ever made. It’s clean, has a nice “homey” feel, has smiling and friendly staff members and great physicians and doctors. They really took time to listen to my concerns and examin my kitten. He was treated right away and I left feeling like they genuinely cared about my baby. I will definitely be switching vets and coming here. Highly recommend this place!!

Great service and they really care.

Love this vet! They even have pet day care here! One drawback, they are a bit expensive. But they are so nice and treat my dogs wonderfully that I won't go elsewhere.

Amazing Vets, amazing staff!! My cat is really afraid and they were so good with him.

I have been going to Companion for over three years since I got my first dog. Now I have two dogs. My oldest dog has always been afraid of males that are not in my immediate family. When she first met Dr. Joel she greeted him with kisses and a wagging tail. Both my dogs and I love to go to Companion. Everyone is so welcoming and kind!

These awesome people are just........ awesome

They are a very caring place they have helped me with our lab. She fractured her tail 2 months ago and now she has a bad knee. When i call they are there for us. Staff and Dr's are awsome. Love going there.

They're nice, but they're also not very consistent with appointment times. Twice when I've called they confirmed an appointment for a date and time, then when we show up, it has moved. Once it moved to a different day, once it moved from 4:30 to 5:00. I always write on my calendar, and it is way too difficult to mistake "Wednesday" for "Thursday." They also try to push you into using drugs like Nexgard, or doing unnecessary yearly heart-worm tests for indoor dogs. Especially if the dog is always on a preventative medication.

Excellent clinic, and great staff! They truly care about your animal and your animals needs. I highly recommend this vet to anyone. Very good day care program and puppy play time. They communicate very well and explain things so their customers understand.

Nice people and they help with your animal Care

I spent over 600 dollars easily on meds and useless checkups and then they complain,,,they are like any other vet store they only care about money,,, it's all about the money

They are so good to my little kitty cat!

They were very thorough and showed that they really cared about my pet.

We love Companion! We’ve been going here since we got our Dudley in 2011, and now with our two little Pommie girls Peggy and Maude. We wouldn’t dream of going anywhere else! Highly recommend.

This was the vet I used until we were in an emergency situation and we were not important. The staff and veterinarians made me feel like we were a bother and it was a hassel that we were even there trying to seek medical attnetion. We showed up right away when they opened. I would have never showed up like this if I did not think it was an emergency. The worst part was that in order to be seen at this point we would have wait 3 more days to see a vet since it was a holiday weekend. Needless to say I will not be continuing my animals care at this clinic. Very dissapointing.

The staff always take great care of Cowboy and make him feel comfortable.

Companion Animal Care has lived up to it's name. They've been family to me and my dog. 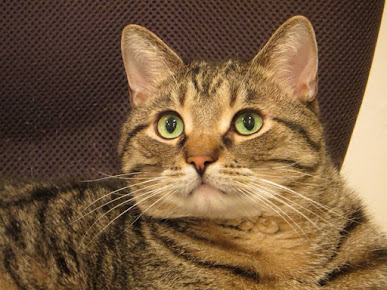 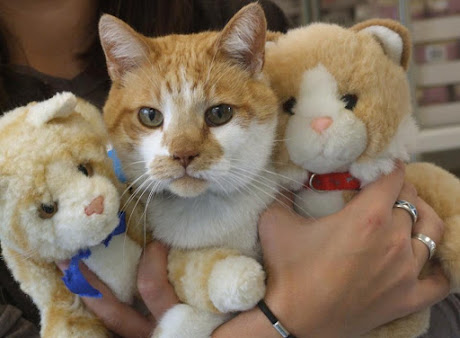 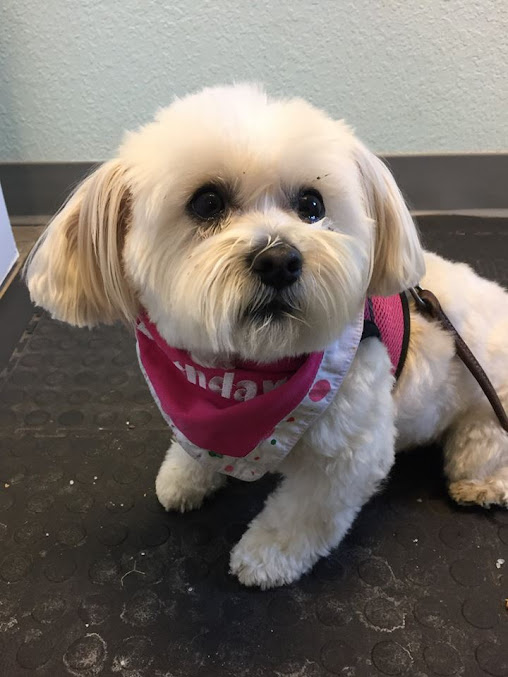 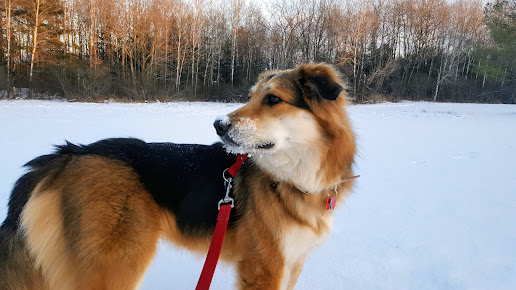 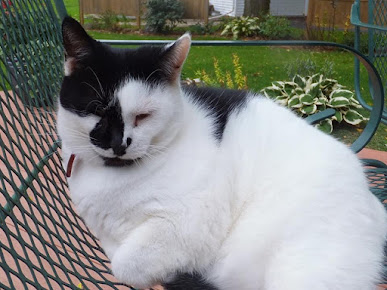 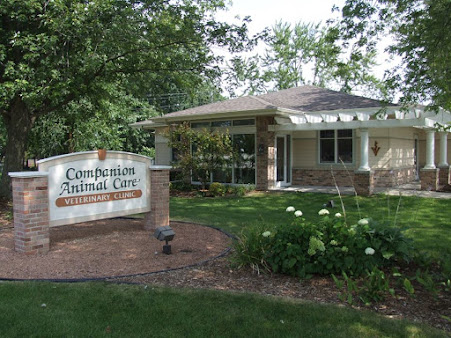 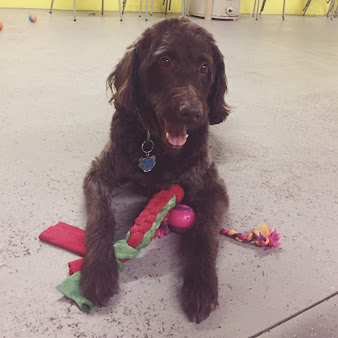 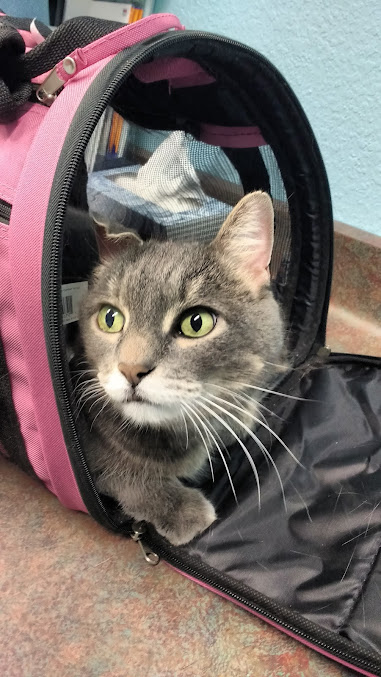 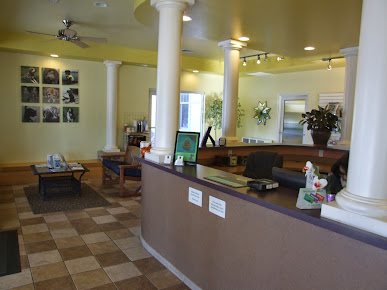 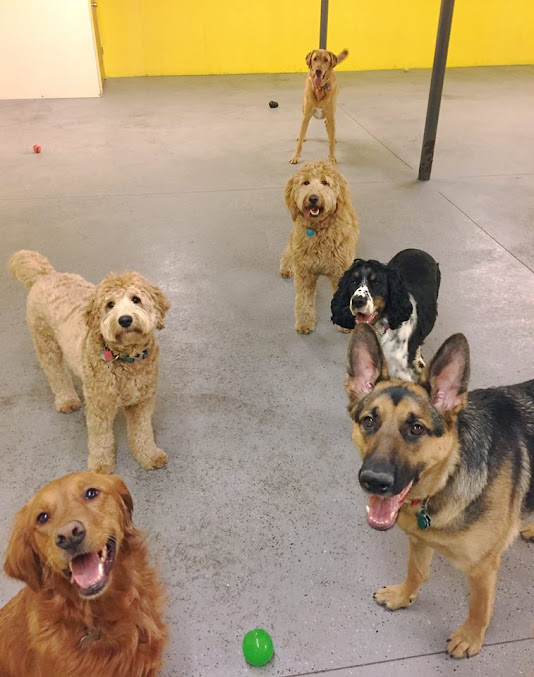 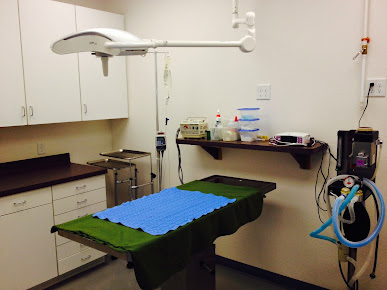 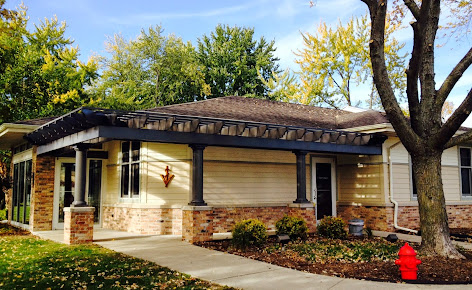 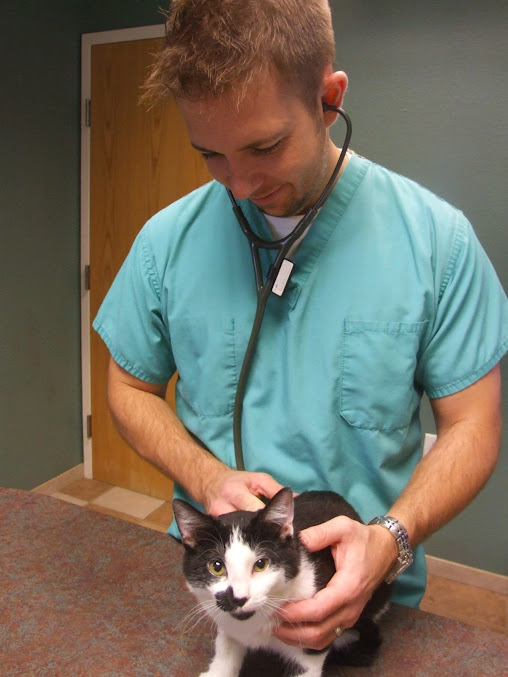 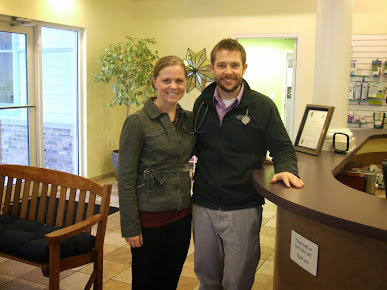 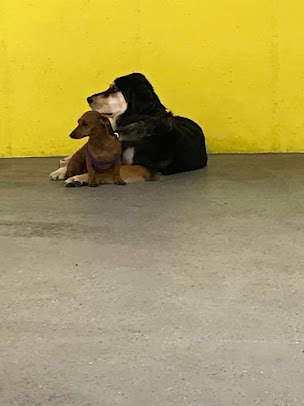 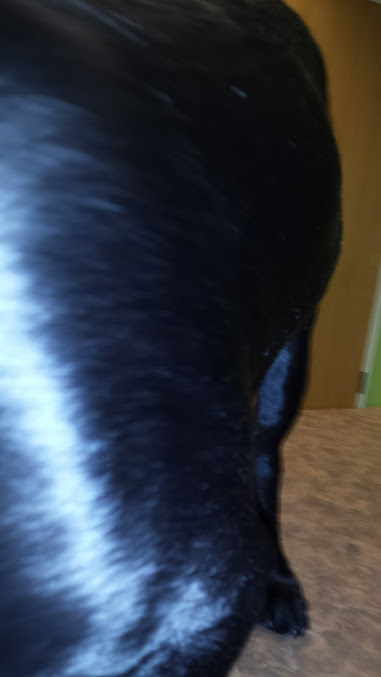 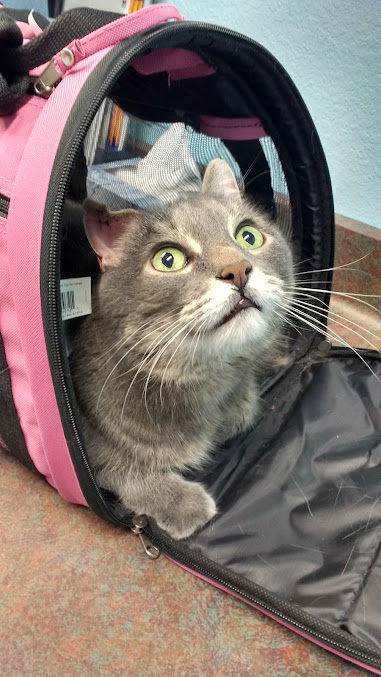 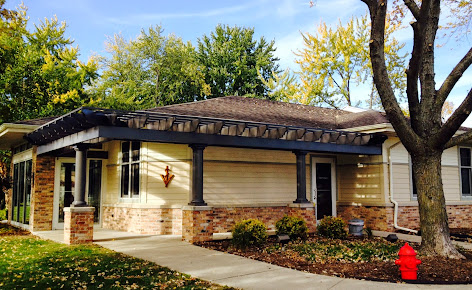 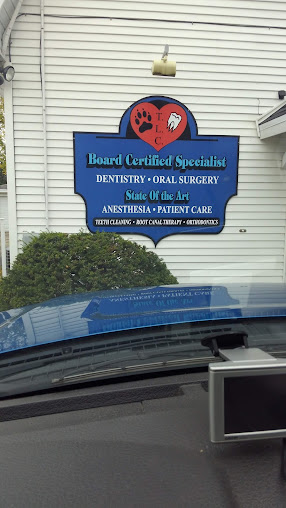 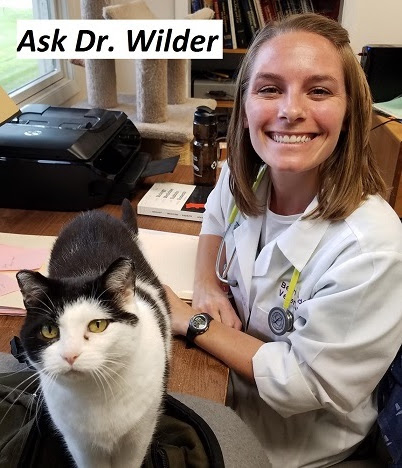 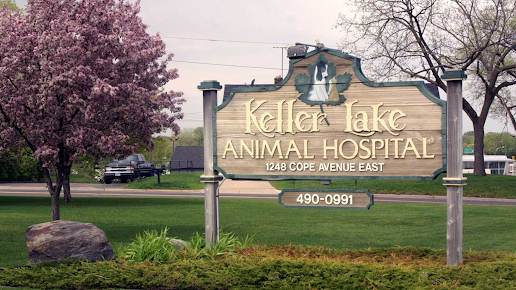 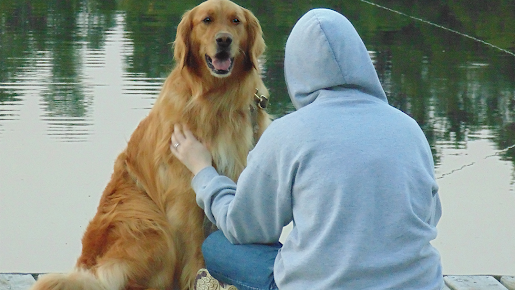