Here we offer you all the feddbacks of real people like you who consume the products and services of Dupuy\'s Animal Hospital (Veterinarian) in Louisiana.

At this moment this business has a score of 4.6 stars over 5 and the rating has been based on 73 reviews.

You must have seen that the average of ratings is practically the top, and it is founded on a very large number of opinions, so we can say that the rating is quite reliable. If there are many people who bothered to leave their opinion when they've done well with the business, it works.

You know that we do not usually stop to place scores when these are positive and we usually do it only if we have had a problem or issue...

This Veterinarian corresponds to the category of Animal hospital.

Where is Dupuy's Animal Hospital?

Dr. Dupuy and his staff always take great care of my dogs!

I took my newly adopted 3 year old chow chow in for a physical and came away a little dumbfounded at the lack of attention given to him. While the staff and facility was very nice, the exam itself was sorely lacking. The doctor listened to my dog's heart and that was it. I asked that he be tested for parasites, and that was done. I had to point out the obvious weepy eye and sticky ear hair, things that would have been discovered had a thorough exam been done. I've since learned that my dog, especially being a rescue, did not receive a proper physical exam. Therefore, I will be using another vet from now on.

Expensive but friendly and competent

This is they only place i take all 7 of my dogs. They are reasonably priced and service is spot on. They take very good care of my furbabies

Friendly and loving to animals

Always helped out my puo

Dr. Dupuy is the best vet in the B

We love Dr. Dupuy, Dr. Stevens, and their staff. We could not have picked a better veterinarian family for our dogs. Wynnie and Roux love going!

The doctors so nice and thourgh.

The staff's genuine concern is what stands out the most. From the Vet assistants to the front desk, everyone is so genuine and nice. And then there's Dr. Dupuy. No words to describe this earthly animal angel. I'm glad our pet is under his care. It's comforting to know.

Can't for the life of me why you should be close for 4 days because of a Holliday. Why wasn't you guys open at least till 2pm on Christmas Eve. That's like Hospital closing for 4 days for a Holiday. We depend on you for our pets and put our faith in you and you can't at least give our Animal the same treatment. Two Doctors and not one could have stayed Thursday and open Saturday for a half day. Unbelievable!!!!!!

Everyone is always so nice and I'm so grateful for the things they do for me and my dog Leo!

I've been coming here for 3 years and even after moving a hour away from here I still drive the hour to bring my animals here. They care about your animal like it's your own. This is the only vet office I recommend to anyone. I can say Dr. Dupuy and Dr. Heather and the best in the business. They have saved 2 of my dogs life and I won't even think about letting another veterinarian even look at my dog.

Well, as far as vets go Dupuy's always did right by me.

We have had only great experiences with the vets here. Most recently, we had a weekend emergency with trauma to our puppy. The vet came out on the weekend with his assistant and did a thorough evaluation. He put our minds at ease. Bill was $300 which I thought was more than reasonable given the testing, call-out and medicines. Highly recommend

They are so prompt and respond to the situation so quickly

I moved to Houston a year ago, I still drive here to let Dr Dupuy see my baby. He has been seeing him almost 13 years I will not trust another vet with him. Staff is friendly and professional, absolutely love and recommend this office to everyone.

I usually never write reviews, but my experience here is worth writing about. First off when the assistant came into the room to check the results of the heartworm test, she turned her back to us and was basically mumbling the results as if she wasn't even speaking to us. Also, one of my pups was putting up a fight while the veterinarian was administering one of his shots and the assistant couldn't handle him properly so the veterinarian just gave him half the shot and said "well he got half of it, so he should be good". I'm not sure what the policy is about owners being able to help the staff handle their dogs while treatments are being administered, but I would have much rathered my boyfriend, who was there with me, assist or hold our pup so he could have recieved the whole dosage. Another thing that bothered me very much was when were all done with the visit and walked up to the front counter to pay for the services, the receptionist didn't greet us at all. She just looked at me and told me how much we owed for the visit. I had to ask questions about the billing and if the heartworm prevention we requested during the visit was included in the invoice. She did not know anything about what we discussed with the veterinarian during the visit. I had to tell her what the veterinarian prescribed as it pertained to the heartworm dosage. We were incredibly disappointed with our first experience here. Sadly, we will not be returning.

This vet is to die for. Honestly, we have tried and tried to find a solution to my bloodhounds skin condition with 4 other vets, and these folks have found it! Proper treatment has my boy fat and happy again. Thanks so much for all the work you folks do for our animal friends, you’ve got a customer for life.

I go to no other vet, than Dr. Chris.. he was my first boxers vet 15yrs ago.. Now i have another boxer and he takes care of her, along with my daughters Lab.. they all show so much compassion and they care about your fur babies, always on point and on their game. that is an outstanding vet clinic and the staff is amazing. I’ve grown to know all of them over the years i’ve been a client.. very very reputable clinic.. I recommend them to anyone..

They have been taking care of my pets for years. Wonderful staff and both Veterinarians are awesome

On two separate occasions, one voluntary, one mandontary, I received the worst veterinary experience. Ever. Overpriced and terribly unprofessional.

The dr was wonderful with my girls.

Great Dr's. Friendly atmosphere,they are great with animals and you don't have to wait long.

Love the service and the people at Dupuy's!!! Thank you!!!

When I bring my pups their for anything, we get the best care and the staff actually acts like they care about you and your pets. Friendly staff, clean facility, great location. Kind of high on prices, but hey when it comes to your pets, you can't put a price on it. Just wish it was a little more poor man friendly.

I loved how the vet got down on the floor instead of making us pick up my 118 lb dog on the table. She was extremely kind and compassionate. I will continue to go there for all of my dogs.

I will only take my pets to this place! Clean, friendly, and they truly care about your furry family members!

They took excellent care of our dog after he was hit by a 4 wheeler until he was nursed back to health! Highly recommend them.

I brought my miniature yorkie here when I got him at 6 weeeks old, and I love it! They were great with him, and they were the only vet I would bring him to! But then they moved, and got bigger, and things changed! I then got a female miniature yorkie, she was around 3 years old, I took her in to get her yearly shots, all went well at 1st! Then, one night she was having trouble breathing, I called n, it was late, I told the answering service what was going on, it sounded like she had swolled a squeaker from her toy, but they told me I had to go to Lafayette animal hospital! Well at this point, it was around 10-11pm, my kids were sleeping, it was a school night, and my husband was offshore so I couldn't go to Lafayette, which is 45 minutes from my house, so I stayed up all night with her to make sure she was basically still alive! I went n 1st thing n the am, and he tells me, " good thing u came n cause her esophagus had collapsed, that's y she couldn't breathe! Well, he told me what I could do to try and "fix it" at home, instead of paying thousands of dollars on a experimental way that wasn't gaurnteed to work! Well, thank god it worked!! But then, she was acting funny one Sunday, and I called, and the answering service took my message, and told me she would call me back!! This was around noon, well, the response was to go to Lafayette, again! At this point I figured out she was having a seizure, so called a few times, to see if he would at least call me so I can explain to him what she was doing and what I could do to help her, but no, every time I called, their response was, he couldn't call me, just go to Lafayette!! Well, needless to say, on my 45 min of driving there, she went brain dead, from her seizure lasting too long!! So if u have an emergency, don't bother calling, just go to Lafayette, and be prepared to spend A LOT of money their! I was there for 20 minutes and I already had a bill of almost $500!

This place is saving my dogs life. Great care an great people!

Wish they had a lil more compassion with animals. All about money.

Picked up my dogs items was prompt and fast. 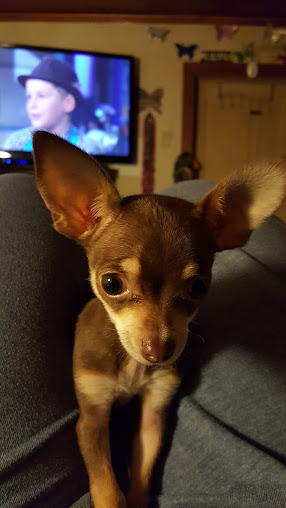 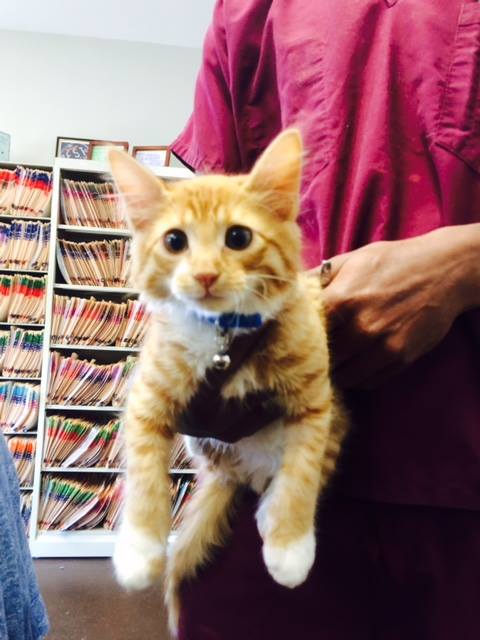 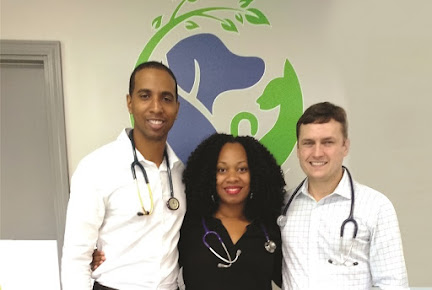 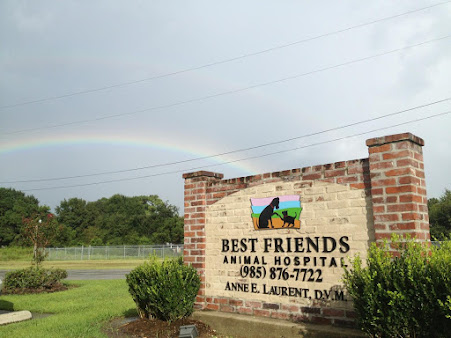 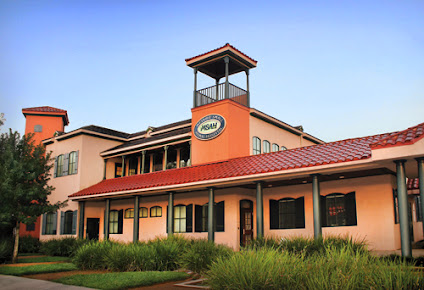