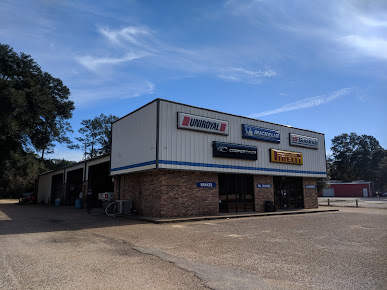 Here you will see all the feddbacks of people who are buying the products of Fausak Tires & Service (Tires) in Alabama.

Now this firm has a score of 4.4 stars over 5 and the score has been based on 78 reviews.

As you can read, its rating is high, and it is founded on a very large number of opinions, so we may conclude that the evaluation is quite faithful. If there are many people who bothered to rate when they are satisfied with the business, it works.

As you know, we don't usually stop to write evaluations when they are correct and we usually do it only if we've had a problem or issue...

This corresponds to the category of Tire shop.

Where is Fausak Tires & Service?

Always taken care of. Don't try and sell what you don't need.

I have been coming to Fausaks since I would go with my grandmother at age 10. They always take care of us. Had a flat fairly new tire. $20.00 out the door. Good company.

Friendly, reliable service. I have been a customer for years and have always been happy with the customer service and pricing. Today, a warning light came on in my car and they checked my tires and aired them up free of charge. Thank you Terry!

Great place to work with. Was in town on vacation and blew a tire. Went to their establishment and was treated great. They put a great used tire on my car, checked all my other tires, and was not over charged. Again thank you for the great service.

Great customer service Terry is easy to talk to.

I have been dealing with Fausak for almost 20 years. You know how when you go to a dealership or a large national chain auto service place and you always feel like they are speaking a language you don't understand and adding $$ to your bill in the process? I never feel this way at Fausak. They tell you how it is and what it is going to cost and stay with you every step of the way if needed. Give them a try.

Comes recommended by a respected longtime local car repair shop owner who knows the area of shops. Tends to be busy so pick the right time or drop off. Can be pricey on some things compared to what we were accustomed to prior to relocating here recently. Have provided welcome service, however.

The staff here is so kind polite and helpful they'd make you want to return for every little thing customer service is a 5 star rating.

Super helpful, wont try to rip you off and sell you stuff

Amazing service. We had an out of town emergency and a tire that needed to be replaced. They fit us in on a busy day and got us safely back on the road.

I love my job

Fausak Tires is great. I got fast service, great customer service and it didn't break the bank.

I wish i could give 0 or even negative stars. These people will completely rip you off and not even do the work they are charging you triple digits to do. Let me preface this review by saying I have been going to Fausak's for years, in fact since I got my first car nearly ten years ago. Recently, I have discovered that they charge you for goods and services that you don't even receive. I refuse to return here after finding out their terrible and unsafe practices. I normally do my own tires, oil changes, etc, but occasionally when I need major service such as new tires/brake rotors turned, I take it to a shop, this shop up until recently. about 8 months I got my rotors turned and a few months later all 4 tires got replaced, or so i thought. I took my vehicle to a shop a few months after that where a personal friend of mine works, and he threw it up on a rack, and showed that one tire in particular the tread was almost bare, a 4 borderline 3 on the tread tester, when all the others were at about an 8/9, which anyone in the industry knows, doesn't happen to a new tire in 4-8 months, especially since i rotate my tires every 5000 miles or so to keep them even (which would only happen once in 4-8 months of average driving). I then told him the brakes had been acting weird and i heard squeaking, but i had just replaced the pads and had the rotors turned when i had it at Fausak's last. WRONG AGAIN. The rotors on my vehicle were not even touched, and I would have to have them turned, OR EVEN REPLACED due to Fausak's Negligence. My friend showed me the visible grooves in the rotors, and obvious signs that only my pads were replaced. In only a few short months rotors could not have those kind of grooves if they were turned when i got the pads replaced. In my opinion, when I had my car there, they took it, rotated and balanced, if that, and sent me on my way. I can't know for sure as i replaced the full set of tires soon after, but in my friends and mines opinion, one wasn't actually replaced due to extensive wear on the one tire alone after 4 months. Case and Point: DO NOT BRING YOUR VEHICLE HERE. They will not do the work they charge you for, and put you and your family at risk by doing so. Edit #1: I have to keep this short because of the character limit. I talked to Chuck Fuqua, who told me that rotors cant be turned more than once, that sand will cause significant damage to rotors in 12k miles, and that I would have to pay replace 4 tires, 4 brake pads, and 4 brake discs. I took my car to Eastern Shore Hyundai to a trusted mechanic friend and guess what? The only thing I need is new brake pads, 2 new tires, and to turn the rotors. The picture shown is a brake pad shown to me at Hyundai. Fausak either used an inferior brake pad, or just didn't bother replacing my original ones. All in all, they turned my rotors, and replaced the tires. They just put inferior brake pads on my car, and then lied to me trying to get me to spend a ton of money to replace things on my car that weren't needing to be replaced.

I have been doing business with Fausak's for the last 20/30 years. I have always recieved the best price & service

Best service and prices around. Tires balanced perfectly the first time after 5 attempts at another nearby shop. Awesome customer service as well.

Nice personnel but limited on services. What I needed done they claimed they couldn't do.

I have been doing business with Fausak for over 35 years. Whether at the Mobile stores at Government and Schillinger or in Daphne where I currently live I have been very happy with the service and pricing I receive. Quality work at a fair price. They don't try to rob you of your last dollar like the dealerships do. The Fausak family has built a reputation of trust and customer satisfaction that is unmatched in the auto service business in our area. I highly recommend visiting a Fausak store near you when you need tires or service for your vehicle. They treat my vehicle like it was their vehicle.

Very friendly and will go out of their way to make sure the customer has what they need if it's not there at the shop or delivered on time. Thanks for a great service

I have followed Willie for the past 20 years to the point that I ask him to service my car when I come back from Sarasota, FL.

I have dealt with Fausak for a number of years and have trust them completely. They give you reasonable prices and great service!

Almost every time I come in here,it costs me money...lol. But they are fair on their prices ☺️

The one place I trust for light service and tires. Honest and prompt.

These guys are great, real fair and honest. Went in for tire service I was completely satisfied.

Honest place to do business with

I visited this location in February, I had a slow leak in my tire. The staff was so friendly and welcoming from the moment I entered the door. The staff repaired my tire and made sure that I was able to travel back to my destination safely. I enjoyed visiting with the staff and other customers. In this day and time , it's hard to encounter good customer service. My experience at Fausak exceeded my expectations. I would highly recommend this location for genuine honest quality service. Thank you gentleman for job well done.

From KCMO for Cruise and car was overheating. Went to Fausak ans they got us taken care of for under $100 and under 2hrs and good to go. Great staff and excellent service!!! Highly recommend them if you have issues with your vehicle

I have been going to this site for a few years now for tires and brakes. Very happy in the past. Called to get an estimate on a pump change out and was given a fair price. Told them the date I was going to bring my car and called back two times to make sure that time would work and told no problem. Dropped the car off and they called back and said they couldn't do the work because they needed a special tool. Picked up car and called back next week to try again and was told the job would now takes days. Story changed every time I spoke to them. Lost a customer today.

Horrible customer service. They'll never get another nickel from me.

After fixing my car . It sit in the bay as the person that had my key was in the office . I had to ask many times was it ready . Finally got the key from a guy that kept trying to find it . It was crazy....

Patched tire, no charge because I bought tire there. Will buy there again when needed.

VERY PROFESSIONAL. NEVER HAVE TO WORRY THAT THEY WILL TRY TO SELL YOU SOMETHING YOU DON'T NEED.

I must have came on a bad day! Lug nuts destroyed because the wrong size socket was used, tires not balance properly, had to come back for a second time, and right front tire pressure sensor damaged. Not to mention the tire pressures when I left were 47, 51, 29, and 38. Not feeing warm and fuzzy.

First visit, excellent customer service and reasonable prices. Very pleased and will be returning. Waiting room was clean and comfortable. Service of my car took and hour and no surprise last minute charges, like other mechanics.

Great place to get service. Friendly and always very helpful. 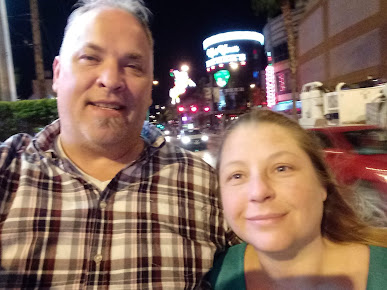 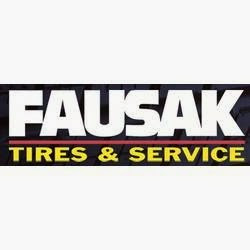 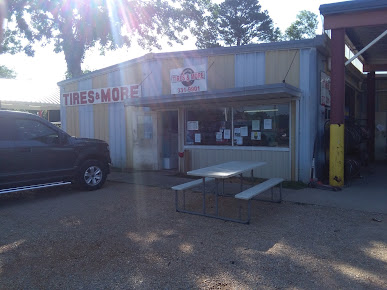 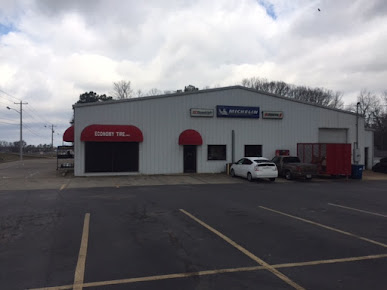 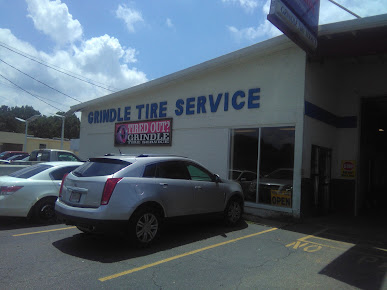 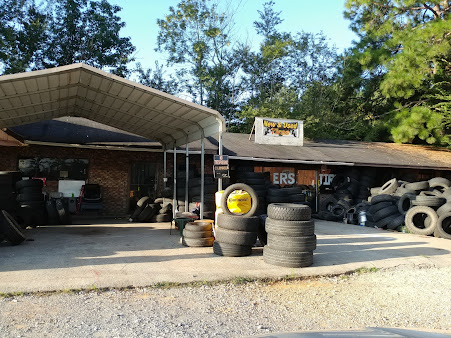 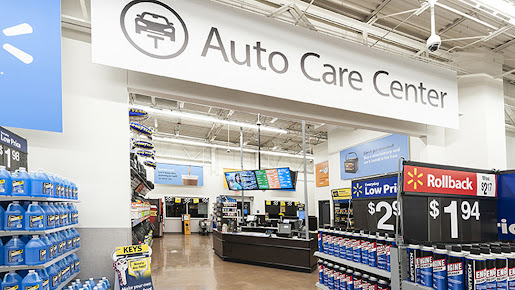