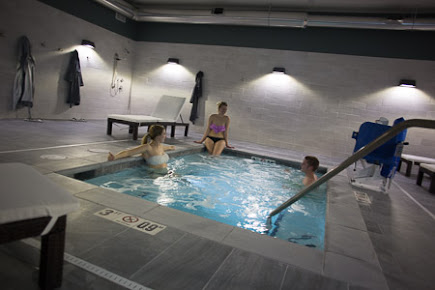 You will be able to see all the opinions of people like you who purchase the services and products of LOR Spa (Spa) in the state of North Dakota.

To this day this business has a rating of 4.6 stars over 5 and the rating is based on 55 reviews.

You may have noticed that it has an average rating is nearly the best, and it is based on a large number of scores, so we may be pretty sure that the evaluation is very reliable. If there are many people who bothered to give their review when they are satisfied, it works.

You know that we don't usually stop to set tatings when these are correct and we usually do it only if we have had a problem or incidence...

This Spa is classified in the category of Day spa.

Where is LOR Spa?

Well I was really hoping for a relaxing day, but I did not find it here. To start, the robe.... scrachy and hideous. While I was in the sauna enjoying the calm music, an employee came in and dropped boots on the tile floor, scared me half to death I thought the sauna broke or something. Ok whatever, moving on. The massage therapist came in to get me and I followed her up the stairs to the room. I asked her how she was and she said "just ducky" ??? Ymm ok awkward... I stated that it was a bit cold in there and she replied that it was because I just came out of the sauna, ok I can see that. As the massage began it was a very light for my preference, so I told her she can use more pressure. She then told me that to much pressure around the lower back and hips can cause problems. For one, I've had several massages and usually deep tissue massages, I didn't ask her why not, I'm telling her what I want. After she finishes with my back she offers me a hot towel and I accept. She moves on to my legs, after she finishes with my one leg I ask her to remove the towel on my back because it was wet and now cold. She tells me that she usually takes it off after she is done with both legs, AGAIN I did not ask for your opinion or how you "usually " do it. I telling you to remove it! Throughout the whole 50 min, I could not relax due to the employees in the nail salon being sooo loud I could hear there whole conversation. You could hear everyone walking up and down the hall keys jangling as they walk past, and the person in the next room restalking their drawers and taking out the trash. I left so annoyed and even more tense then when I went in. I will never be back to this "million dollar spa"

Stopped in to pick up a Gift Card for my Wife. Very Nice Spa. Great custom service. Wife love's the place!

Extremely nice. Very professional atmosphere. Mimosas for days. They give you a robe and sandles and are very polite. Jazzmon did a mani pedi for me and it was wonderful.

Everything about this place was spot on, the services provided, the atmosphere, and customer service! Definitely recommend

I would go here everyday if I could! Beautiful spa, love the services and could sit in the sauna daily!

Enjoyed an R&R for a birthday party with friends and couldn't have enjoyed it any more. Everything was fantastic!

My wife really loved Lorri and had a great experience with the custom facial she provided. She was incredibly knowledgeable and professional.

Amazing atmosphere, friendly staff. I walk out of here relaxed every single time

Had a wonderful spa day here with my fiance! We purchased the biggest R&R package, body wraps, and facials. It was pricey, but that's partially due to us going on Saturday, which upcharges all treatments by around 20 dollars (that's 120 dollars extra for our treatments) Even with the prices the day was great! We were helped around all day like royalty. The water bar was very helpful for keeping us hydrated for our treatments. We were brought to a hot tub room to begin our day. It was saltwater based and very relaxing. While in the hot tub room we recieved a sugar scrub that we used to exfoliate our bodies. Our treatment came with two free alcoholic beverages, such as mimosas or wine. After the tub room we went to a relaxation room where we sat listening to calming music under a warm blanket with a neck warming pillow. Complimentary half sandwich and salad came while were waiting from the neighbouring BBQ joint. While in the relaxation room we recieved a paraffin wax treatment on our hands and an eye rejuvinating teabag treatment, both very nice relaxing experiences. Afterwards I separately went to my body wrap. It's a very hot and sweaty treatment so I don't recommend it for anyone who has problems with heat. I love saunas so it was a very relaxing experience for me. This was followed by a facial which was wonderful and made my skin glow and look great! All in all, although it's expensive it was a great experience I very much cherish!

Kristy N. was absolutely amazing! I needed a message for a specific pain in my neck and shoulders and she not only relieved most of my pain, but overall I was so relaxed afterwards. The spa is so beautiful!

I love this place! Great Massage by Andy!

Too expensive for average service

Brenda is amazing, if you have never done Reiki, you do not know the healing power you are missing out on. Brenda makes you will safe and comfortable during the healing session and I think everyone needs to experience the level of peace and comfort a session with her makes you feel while leaving the spa.

Finally a legit Spa experience in Minot! My Fiancé and I are avid Spa goers, we have been to many Spa's including the Zermatt in Utah, The spa in the Viceroy hotel in Snowmass, CO, the Lani Spa at the Moana Surf Rider in Waikiki Hawaii, the Westin in Chicago, and more. The experience I had today was right there with some of the best Spa treatments I have had. I am looking forward to my next visit. I plan on staying a little longer next time, using the hot tub, and drinking a few more Mimosas. The only thing that could make the experience any better would be complimentary chocolates in the relaxation lounge! The pregnant ladies would especially enjoy it! If you haven't booked your treatment I suggest you get on it!

Lor spa provides a relaxing spa environment. I have tried a variety of services such as the R&R package. Float pod, mani/pedi, facial, waxing and massage. They have all been wonderful and I would highly recommend any service I will be going back to treat myself and I will be bringing a friend!

I love LOR spa! I've been here a couple times for a couples massage, an R&R day with my mom and sister, and another R&R with a massage. I love the feel of this place. It's so clean and smells so fresh. The staff is soo nice and attentive. They truly take care of you! If I could afford to come here every weekend I most definitely would!

The best place in minot

You want find a spa in Minot better than LOR. They have an R&R package if you're looking for a full day recharge or you can opt for their a la carte menu. Their massages are to die for. I haven't had a bad one yet. I've only had one facial there, and it left a little bit to be desired, but it was relaxing if nothing else. The staff is wonderful, perfect, helpful and friendly. I go at least once a month

A sanctuary of relaxation in the midst of my busy life. Excellent service and attention.

LOR spa gave me an incredible experience that was very welcoming and comfortable. It was my first time there and they guided me through everything and the employees were very kind. Would definitely recommend LOR to anybody looking for a relaxing experience!

Serene and beautiful, a wonderful experience

I've gone there several times for manicure and pedicure and have always been satisfied! For the first time I got a hot stone massage and facial after a Mani/pedicure and it was ABSOLUTELY AMAZING! Thank you LOR Spa for the unbeatable experience! It's appreciated that your spa delivers such quality!

Signed up for a full body 50-minute massage and R&R package. The facility is very nice and clean and peaceful as a spa should be! We were served Wine & Mimosas while we were in the jacuzzi as well as in the relaxation room. I've never been somewhere where I could just roam for hours if I wanted to. We enjoyed the spa and Christie, my masseuse was top-notch, she worked my problem area specifically before moving on to everything else. Can't wait to go back! Highly recommend!

Best Spa Ever!! Love the salt room and float pod!!

From the moment I walked through the door til moment I left was incredible! Holly gave me the best massage I've ever had!

I love this place, the relaxation and environment is def one of a kind for Minot. I have gone here twice since it opened. Both times I got the R&R package with two additional services. I highly recommend taking the extra time and spending the extra money for the R&R. However, the additional services are only mediocre. You can find better around Minot for much less. My pedicure this last time was horriable. I’m not going to name any names but I could have done a better job myself. The technician was super sweet, but obviously not super experienced or maybe she was having a bad day, idk. I got my first hydro facial with her as well and i felt like she just wanted to “get it done.” I asked her questions about what exactly I should get and she seemed to not care or maybe she just didn’t know. I spent over $500 at LOR the last time (about a month ago) and when I got home felt like the only thing that was actually worth the money was the R&R package, mamosias, and food

I had high hopes with this spa.. very nice looking inside. I’ve gone 3 times, had a mani/pedi, 3 facials and tried the float pool. The lady who did my mani/pedi made me bleed, I just let it go because it happens. Then she did a hydrafacial on me, which was incredibly rushed and the whole time she tried to push all of their products on me instead of giving me genuine advice. Then I had another hydrafacial with minimal results.. then a custom facial which literally made my face worse. I feel like 0% of my concerns were met which is extremely dissapointing for the amount of money I have paid this place.

Shorted me on my massage time by ten minutes. Massage was mediocre at best! Sauna wasn't working in the men’s locker room. 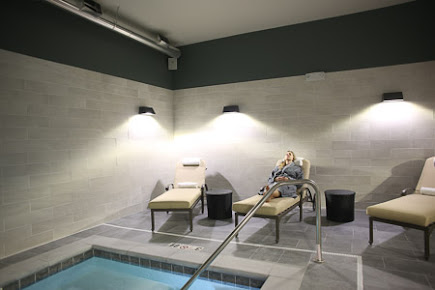 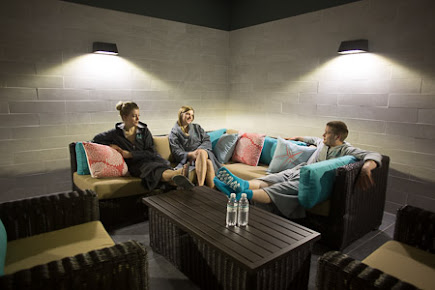 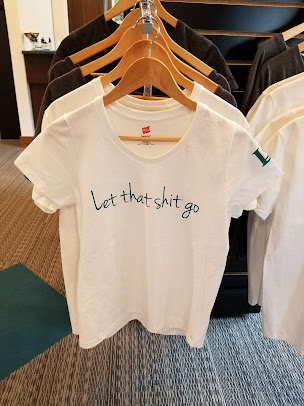 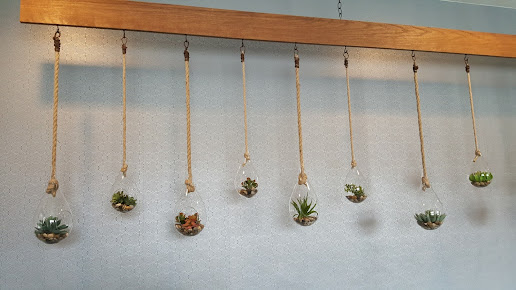 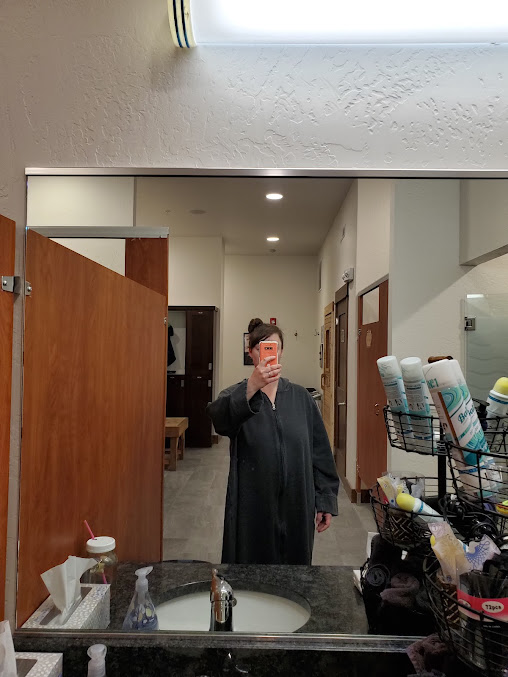 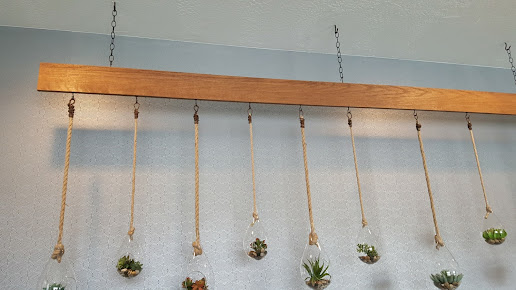 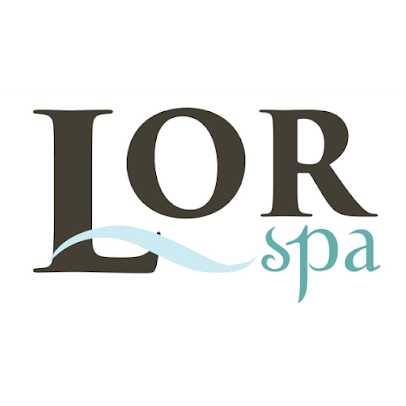 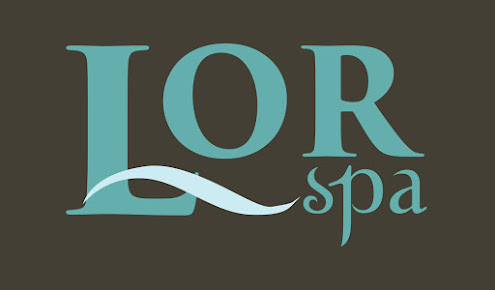 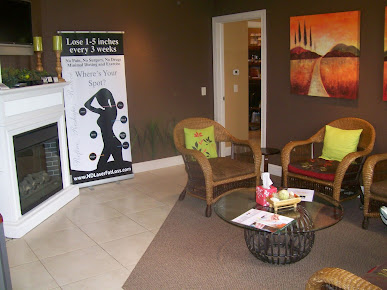 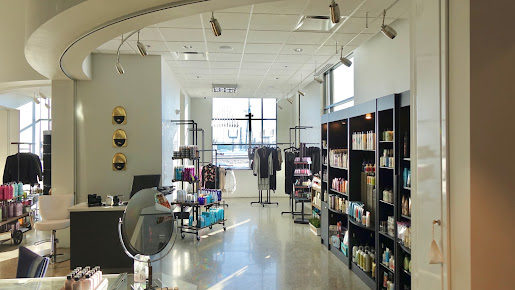