Here you will see all the opinions of people like you who consumed the services and products of Always Used Auto Parts (Scrap Yards) in Virginia.

As of day the business receives a rating of 4.1 out of 5 and this rating is based on 123 reviews.

You must have seen that it has an average rating is very positive, and it is based on a large number of feddbacks, so we may be pretty sure that the assessment is very credible. If people have bothered to evaluate when they've done well, it works.

As you know, we don't usually stop to write tatings when these are positive and we usually do it only if we've had a problem or issue...

This Scrap Yards is classified in the category of Salvage yard.

Where is Always Used Auto Parts?

The only place that had the parts i needed.

You would never go wrong at always

Good people, fair prices for do it yourselfers.

The staff is friendly and willing to help. The yard is not as organized as others, but they still have a decent selection of cars to look over.

If you need a part for your ride go there

I'm at Always and purchased a 06 Nissan Altima Headlight assembly Friday and picked it up today (Monday) for a REALLY GREAT PRICE!! This is a great place & very knowledgeable service works. Thank you for all the help,fast & easy service provided by y'all! 5* place in my automotive needs!!

Found just what I needed at a reasonable price

The people here are fabulous! Will go again!

Do Not waste your time or money going to this horrible place They're the most arrogant unprofessional people that I've ever had to do business with. They are nothing but a bunch of rip off artists and shysters. I was quoted a astronomical price for the part I needed, and when I tried to ask about a lower price I was told by the owner "I've got it, you want it, you're going to pay my price" I don't know how they keep the lights on with customer service like that.

Large selection to pull parts from, the staff is ok I guess. Could be more helpful and not blow you off on you're questions

Quality parts at a great price

Good place to find parts other yards are out of, they do not list all their vehicles on the used parts network.

Nice people. I do wish the vehicles were better organized

Close to home and great service

Didn’t have what I was looking for

It is definitely one of the best junk yards in town. Very friendly people, and reasonable price for the parts. They provide installation on site as well.

Great little scrap yard, you can pay more to have them pull the parts for you even. Very reasonable pricing for everything I've ever needed. Fairly nice selection as well.

Not fear to customers

DO NOT BUY A TRANSMISSION FROM THESE GUYS!! I purchased a transmission from this location. It was supposed to have 30 days warranty on it and it never worked after I installed it. I took it back to them asking for some kind of resolution and they told me it was the installers fault but they said they could sell me another one for less money? I never even drove the car any where and it was my fault it does not work? I spoke with Butch on this and he was a nice person but would not help me out at all. I do not recommend them for anything at all. They only care until they get your money. DO NOT BUY A TRANSMISSION FROM THESE GUYS!!

I got what I wanted the same day is a great place to go for...I will highly recommend this place. Friendly service deserves more than five star...

I Just Gotta Make it

They are laid back yet professional and willing to work with your budget. You can pull your own part or t gey will do it for you. Best of all there's no yard fee to get in. I will continue to use them.

Had exactly what I needed, friendly on phone and in person! They removed what I needed and reasonably priced used parts!!

I was very apprehensive about going to the "junk yard"... as a woman who knows nothing about cars... BUT they were so so gentle, informative, helpful... even when they gave me the wrong piece, no problems went right out and got me the right fit... thanks

Very helpful brother there saved me money when i just knew I'd be spending some money. Helped me with the muscle part too. I'll definitely be back.

My Nephew bought a malfunctioning starter that was marked good

Absolutely wonderful and prompt service every time that i have had dealings with this company!

great personable staff. a hidden gem. will be coming back often

Been going here for years, the exact opposite of Pick-n-Pull! They don't hand you a pricing guide when you get there. They're reasonable Fair and huge inventory. Recommend this way over Pick-n-Pull

Prices are three times that of pick and pull and Foss. Doing a part/price search online just tells you to call them for price.

I purchase parts here every week and get nothing but great customer service Thay have helped me with any problem I have ever had. Highly recommend Buying from always used auto parts.

went there looking for some little parts for my truck. people were friendly and they helped me out last minute with a tool I didn't have on hand.

These guys here are some of the best guys in town. They ALWAYS help us out at 100% Tint and Custom Appearance.

It was great they were very helpful.

Looking for a door panel for a 99 Mitsubishi Eclipse. Found one but had the wrong model. Always has a good selection of classic car parts and employees are nice. Willing to look up who has a part anywhere on the east coast if the don't have it. I will return again with my next car part mishaps.

They've got it all. If they don't they'll help you find it.

Got what looked like new alternator for twenty bucks, new at store $300.

Always have what I'm looking for !!

love the people here the owner is super nice as well as his wife. almost always have the parts im looking for and if not Bobby will help me find it.

Well my first experience was THE WORST. First off, I'm a women and don't mind getting dirty. I went go this junk yard to purchase an Acura rim.First I called and was told a "tire" is worth 40 bucks, I asked doe's the tire and rim come as one, he said yeah if you find one, I said ok. I picked my rim and it was fine, worth 40 bucks.. but then the gentleman at the counter with shades on asked me If I need the tire on the rim ... I said it depends if the tire don't have a leak. Another black gentlemen came from the back and said, I'll pUT air in it to see if it has leaks I said ok. He rolls the tire and rim to the back and back to me and say, " there are no leaks it's a good tire too".. that was 7/18/17 today is 7/20/17 and the tire is completely flat and my car has not move since I've purchased it. I called and asked if there was a way I could get my money back to go buy the tire I paid 30 bucks for and his reply was "well I can give you store credit and you can come see if we got one".... but he say they don't have inventory on tires... SO WHY WOULD YOU TAKE YOUR TIME TO TAKE FROM A WOMEN ? IF YOU KNEW THE TIRE HAD A SLOW LEAK IN IT WHEN YOU PUT THE AIR IN IT YOU SHOULD HAVE JUST BEEN A HONEST SALES REPRESENTATIVE BUT YOU GUYS WERENT. YOU SEEN A VONERABLE FEMALE AND WANTED TO TAKE ADVANTAGE AND HAVE ME PAY FOR YOUR LUNCH. I AM VERY UNSATISFIED WITH THE SERVICE AND I WILL NEVER AGAIN. AND YOUR WELCOME FOR YOUR LUNCH.

Good place to buy parts at and cheap

Dishonest business practices, which is what you can expect. Called about a parts was told one price over the phone, even asked two times just to make sure there is no extra charge for pulling the part from the vehicle which was confirmed over the phone. Even overheard one of the employees say it'll take two minutes to pull the alternator. When I sent a rep to pick up the part was charged much more than what was told over the phone. The best part, the alternator was bad to begin with so no quality control. Stay away and just buy your parts on eBay. Good luck sustaining a dishonest business in a very social media transparent era.

Great place...great prices...lots of cars that still actually have parts still on them. Went today and got a complete dash that looks brandnew from a 1970 buick skylark and a ton of other parts...fender wells bumpers lights brakets switch A/C stuff all for $150. I couldnt believe they even had this car and everything was in great shape

Horrible over the phone service the guy was very nonchalant and definitely sounded like he didn't want to help, they didnt have the part I needed told the guy I appreciate it and he just hung up the phone

Had what I needed.

After calling several junkyards yesterday to look for a door for my husbands truck, I began getting aggravated because how they were overpriced a door was, but imagine how happy I was when I called always junkyard :) They had the door at a reasonable price the staff was friendly and bobby was absolutely wonderful and assisting me -THANK YOU !!!!

Great and very personal! Researched my part and found the exact match. Would recommend this company to friends and family. Part is also guaranteed for 30days. Awesome service!

Large lot. Sometimes you get lucky and find what you need. No entrance fee.

Finally a salvage yard that had the part I needed! Friendly counter person also!

Severely over priced !!! If you're gonna get small stuff then they're good , however for engines and transmissions they suck so badly , they tried to charge me 750$ for a used tranny when I went to pick and pull and got one in perfect condition , for 128$, after my core , 158$ before my core , so I called and talked to the owner to see if there was some major difference or something , cause the other 7 yards I called were so much cheaper I couldn't understand where he was coming up with such a crazy price from , and he acts like there's some difference in the trannies . But there's not it was the exact same one he was trying to hustle off , for 7xthe amount of any other yard . Well good luck with that BS , I could buy 7 transmissions from pick and pull , LKQ , or ingrams . Please save yourself the BS and go anywhere else for used trannys cause he's a joke !

There parts not catalog

Got it all great prices

If you want the most for your money. Come down to always used auto parts. Staff is awesome. They brought out the car loader picked a car up an helped me get the parts I needed, and gave me a great price. 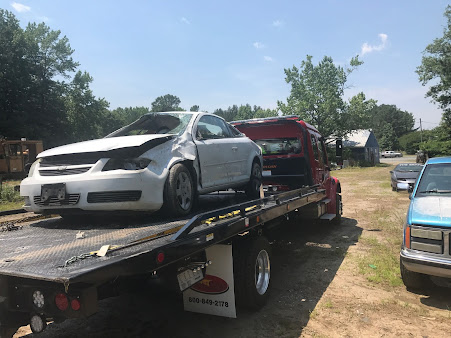 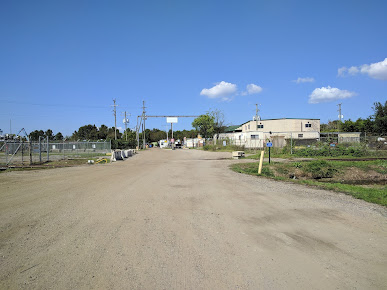 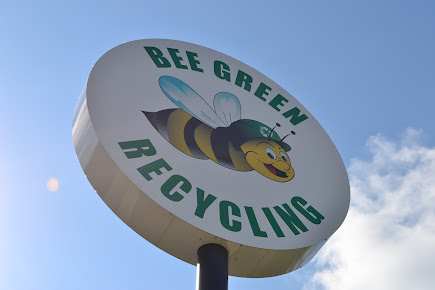 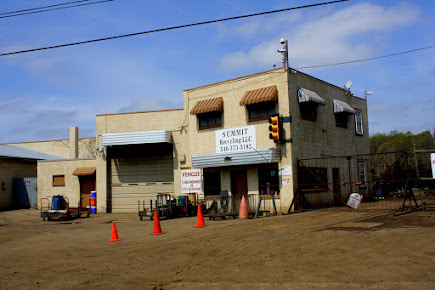