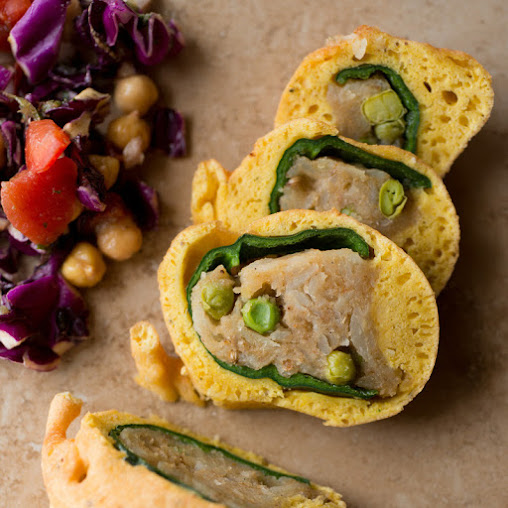 Here you will be able to see the reviews of real people like you who are consuming the services and products of Raaga Go (Restaurant) in New Mexico.

At present this firm gets a rating of 4.1 stars over 5 and this score has been based on 48 reviews.

You may have noticed that it has an average rating is positive, and it's founded on a very high number of opinions, so we may conclude that the evaluation is very accurate. If there are many people who bothered to leave their review when they are pleased with the business, it works.

As you know, we do not usually stop to put tatings when they are good and we usually do it only if we have had a problem or incidence...

This Restaurant belongs to the category of Indian takeaway.

Where is Raaga Go?

In my opinion, this is the best Indian food in the city. Carryout only, but well worth the trouble. Mid range cost, and top of the line food.

True, the food was late, terrible and expensive, but thankfully there wasn't much of it. This is literally the worst Indian food I have eaten in Santa Fe, but then I don't like large mouthfuls of cardamom or fennel seed in curry in lieu of salt. I didn't bother eating any of it - I found it inedible and they screwed up my order. My wife's opinion was "Well, not *everything* is horrible, I guess." My teen son who eats large amounts of pretty much anything picked at his plate and declined seconds. This was for food that took over an hour to prepare at a to-go place. Aside from the fact that the food is terrible, our order was missing several items, and when my wife asked them to double check that everything was in the very small bag of food she was handed in exchange for nearly $70 they told her they couldn't. In addition to items missing, they put the wrong protein in two out of four items. Would not recommend. Would not eat here again. Will definitely warn people I know (or even don't know) not to eat here. Stick with any of their competitors.

Ignore the negative reviews, this place is amazing and we can't get enough of it. If you're looking for generic, toned down, westernized Indian food, you may not like some of the dishes but for anyone searching for a flavor explosion, look no further. The chef adds a personal touch to the flavors and uses quality ingredients that's others forgo. Karala curry and chaat are delicious but you can't go wrong with anything on the menu.

"Paddy" is back everyone!

The service was excellent, very friendly and helpful on the phone and in person. I ordered the chicken tikka masala, rice with peas, hummus and garlic naan. Everything was delicious, there were generous amounts of chicken in the tikka masala and the flavor was amazing! Large portions of food at a reasonable price. This is without a doubt the best Indian food in Santa Fe. I would highly recommend to anyone.

Bad. Bad. Bad. Ordered on Door Dash. Ordered around 4:45 pm. Door Dash forgot to send the order, so it was delayed. Then around 7:00 the order was delivered and was the wrong order. I called the restaurant and they said they had our order sitting on the counter and I could come get it. If I wanted to go get it, I wouldn't have called Door Dash. Then I reached out to our Door Dash driver who went back - much to her credit - and got our order. But by then it was cold and not good anymore. We had two orders of shrimp curry and they went ahead and sent them to us 2 hours after it had been sitting on their counter. Use your imagination. I would think that to make it right they would have at least sent fresh meals. But they didn't. Avoid this place. No good. Not worth it.

Had four vegetarian dishes, samosas and naan. It was so good and authentic. I thought it was generous proportions for the price. Never thought I would be able to eat such good Indian food again after Raaga closed. We just miss the intimate atmosphere of the original place. Thanks Paddy!

Order enough for your midnight snack or tomorrows lunch. You'll regret it if you don't. This food tastes like it was made by loving Grandparents. Love love love.

Best indian food i have had in america, outside of nyc! The spinach chaat is amazing

Had chicken and rice....the rice was floating in grease. Couldn't even eat it cause it was just rice in vegetable oil....disappoint for sure

Friendly owner and cook .tasty paneer. Will be back to try new vegetarian dishes.

Delicious and fast! Santa Fe has been needing a place like this

Some of the freshest, most flavorful Indian food I’ve ever had. The flavors are incredibly creative (beet wasabi raita, for example) but still anchored in tradition. Highly recommend.

I came here with the highest of hopes, the people are so nice, and it smells so good, unfortunately the food was just ok. The taste did not compare well to the other choices for Indian food in town, and the prices are high for the mediocre taste and quality that you received.

Raaga Is Back! So happy Raaga is open again. It's everything it was in 2016 and more. Expanded menu, great selection of several regional dishes. Best Indian in town. Everything was spiced to perfection -- I'm not sure what the other reviewers were thinking. Why would you get Indian food if you don't like cardomom and fennel?! Food was on time too. They told us it would be 30 minutes and it was done before that. You can pull up to the Rio Chama restaurant behind the building and the bring it out to you -- just call and let them know you're there. Can't wait to try it again!

Very delicious! Will be back!

We were very pleased with Raaga Go. We loved the smaller portions option, they were the perfect size for us. The spinach chaat was excellent, a brilliant blend of tastes and texture. We went with vegetarian entrees. Yellow dal was different than normal North Indian fare but quite pleasing. None of the saltiness mentioned in other reviews. If anything, it was under seasoned but that was easily remedied with a salt shaker. I prefer this approach. My wife had the eggplant with mustard seed and peanut base. A pleasing deviation from the standard bangain bhartha. The naan was good but we would prefer a slightly larger size. Next time, we’ll order two. As noted in other reviews, parking was a challenge but no worse than most of downtown Santa Fe. Price/value is excellent, especially if you go with the right sized (for us) portions.

Delicious! For me it is just as good as Raaga circa 2017. Bear in mind the food may take a while to come out. After ordering online with a requested pickup time of 20 minutes, they called and said it would be 45 minutes. Appetizers and entrees were just as we remembered them from eating at the restaurant in the past. Negative reviews from the opening day are a little surprising, but I'm sure they were overloaded with orders. Our experience is from 4 days after opening. Will definitely come back and recommend. As for parking, it was available half a block away at the visitor's center during off hours.

Food is great....our whole order was packaged in plastic and Styrofoam though....which is not so great. Get the packaging more ecofriendly and we will be back!

I went here for the first time recently and thought the food was great. Its made to order so it's best to order ahead of time but it's definitely worth the wait. The price and quantity are great especially for Santa Fe.

Amazing fresh and delicious food. Chef Paddy pours his heart and skills into it. One of the best Indian restaurant I've eaten food in.

Always good to excellent food and quick service. I’ve never had to wait more than a couple minutes to pick up my order. Prices are a little high, but generally worth it.

Best indian food in New Mexico. Mind popping delicious. The owner Paddy is very nice and a creative master. This is not your everyday Indian Buffett food, top quality.

We ordered veg kebab, lamb kebab, veg biryani, noodles, surmai kofta curry, rasmalai and gulab jamun. None tasted good, kebabs were raw, the vegetables in biryani was stale, noodles just had lots of sauce. I wouldn’t try food again from here. Lastly- gulab jamun was bad as well, hard and too sweet. Not a good experience at all!

Service was great- friendly and prompt. Food was very flavorful and authentic. Wish they gave larger portion of rice with the dish. A little pricey for the serving size. We had samosas, chicken tikka masala, lamb curry and the saffron rice. The owner is very friendly and came by to say hello. Definitely recommend!

Food was mediocre at best. Chef did not know or understand food allergies at all.

The Chicken Korma is to die for. Very good!!

Total disaster. Greasy--see photos--and so salty it was inedible. The food also had hair in it. Ordered online, went to pick up at the time we were given. Told it would be five minutes, waited more than half an hour. No apology. Rice was mush. Sauce was so oily it was separated goo. The vent above the cooktop was not working, so oil and smoke filled the entire place.

Best Indian food outside of India

Very clean and the Chef is magnificent and very kind.

Fresh and delicious food from a passionate Chef

We went here on opening day and ordered Aloo Gobi and Chicken Tikka Masala, plain Naan and Rice Pudding. We took the food back to our hotel to eat and both Aloo Gobi and Chicken Tikka were way too salty, on the verge of being inedible. We love Indian food, but this was the worst we ever had... all we could taste was salt. The order of Naan consisted of 1 piece and it was pretty dry. The only good part of the meal was the rice pudding.

The owner and employees where very friendly and accommodating. The prices were fair and the food was very good. Also, I forgot to mention we ate IN with my family of 8. All the workers and the owner suggested the best dishes, which are(like I said) very good and of high quality and they all genuinely cared about our experience in their small corner of Santa Fe. I only wish we weren't just traveling through, I would eat here several times a week if I lived in Santa Fe. My family is very hard to please and Raaga-Go performed swimmingly in the eyes of my parents and siblings. I highly recommend. 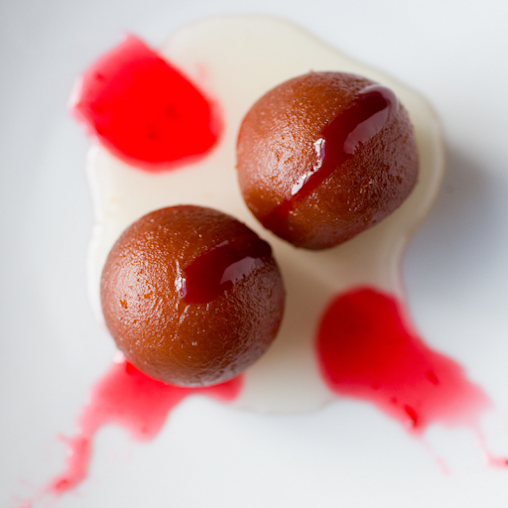 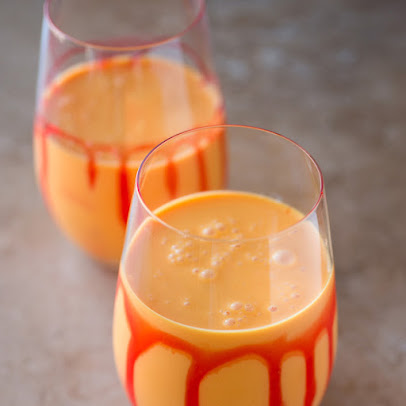 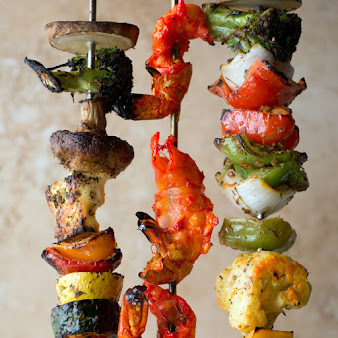 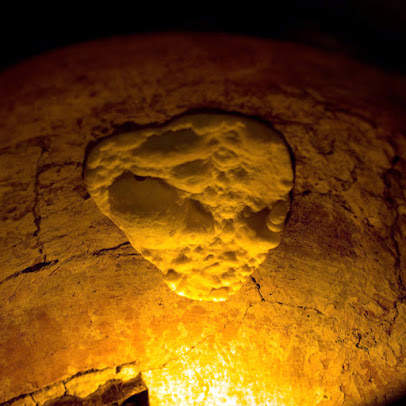 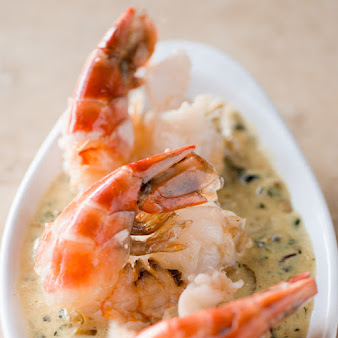 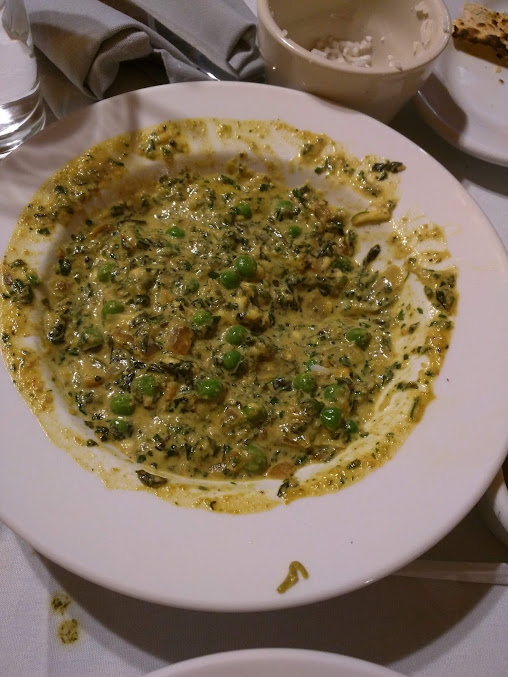 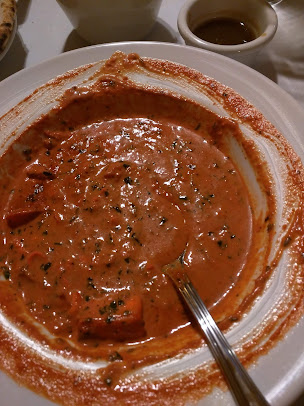 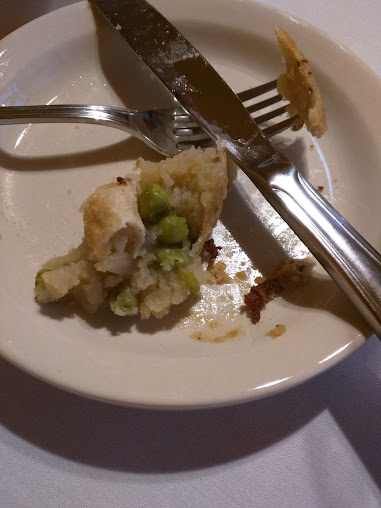 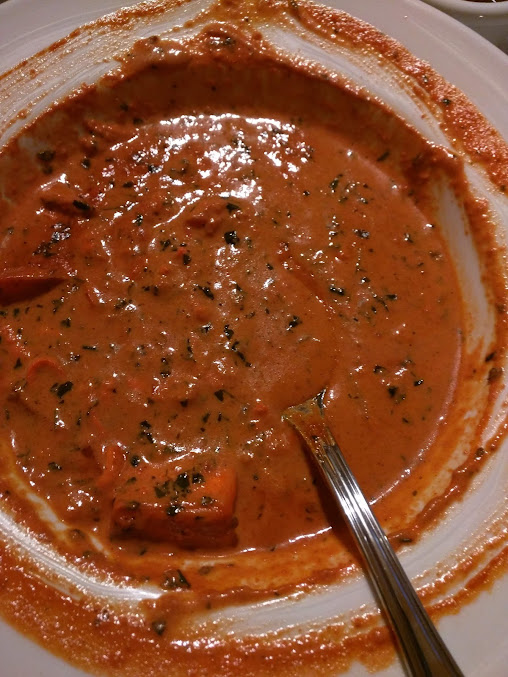 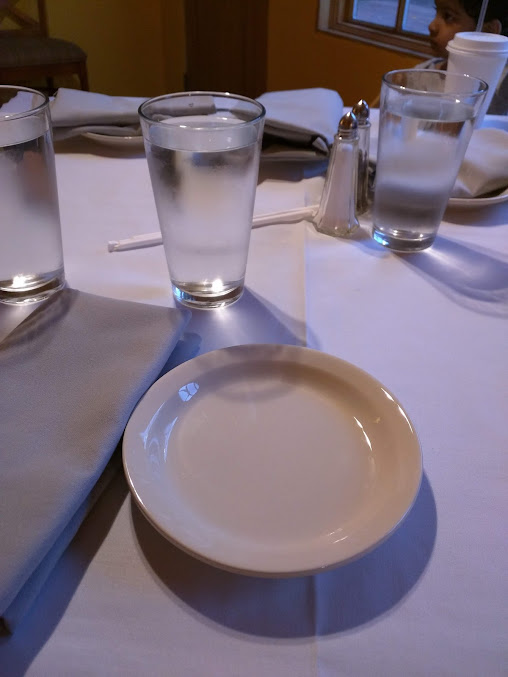 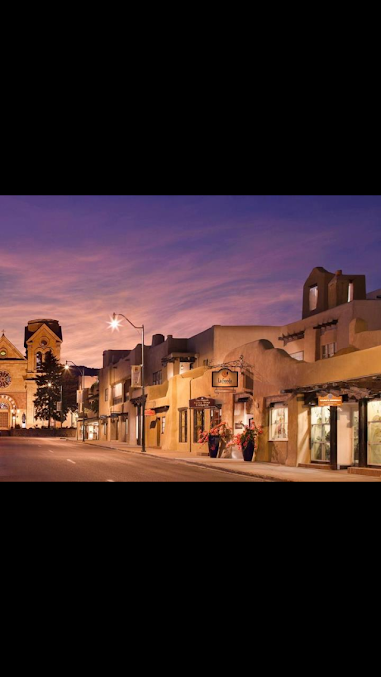 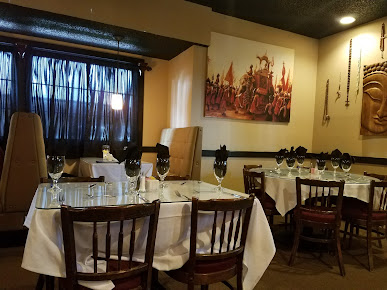 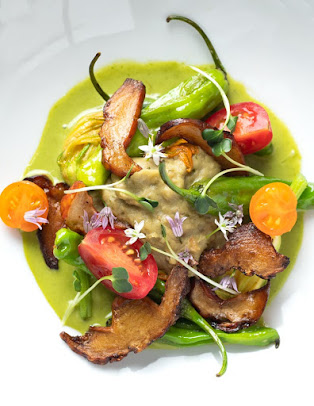 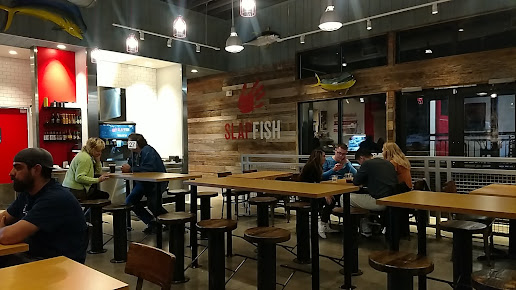 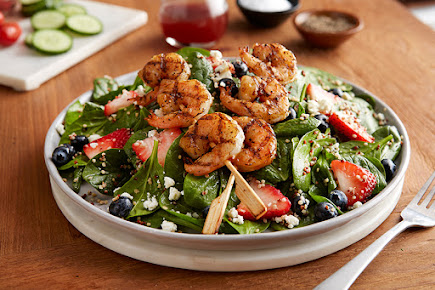