We offer you all the feddbacks of real people like you who consumed the products of Rose Real Estate (Real Estate Agency) in the area close to the state of South Carolina.

Nowadays the business has a score of 3.4 stars over 5 and this rating has been calculated on 40 reviews.

As you can see its rating is discreet, neither too high nor too low, and it's founded on a very large number of reviews, so we can think that the score is quite reliable. If there are many people who bothered to leave their feddback when they've done well, is that it works.

You know that we do not usually bother to write scores when they are good and we usually do it only if we have had a problem or incidence...

Where is Rose Real Estate?

Pretty houses fab decor but problems. Two years ago we had a bad house. The shower head was broke off. The grill was nasty. The place was not clean. And the year before there were gigantic bugs in my bed. Last year was fine and now we are in the same house

Thank you rose real estate we have enjoyed staying and hated coming back home. Loved the house we stayed in it was very clean and set up very nice. We had one issue and they was there within one hour of me calling i look forwards to renting with you all again next year and lastly i want to say all of the lady's in the office are sweet as can be especially ruth i enjoyed talking to her. Thanks you all for the best stay..

Horrible people at Oceanside Village which is who they mainly contract with. Do not recommend to renters or home buyers. Live somewhere where the people care about your wellbeing. If rose reality disconnects from OSV they would be a good company to work with.

Thank you to Rose Real Estate for providing my family with fun memories to last! The house that we rented was wonderful...the staff at the Rose front desk was very helpful with helping us decide on what would fit our needs. When we checked in, our home was nice and clean. The manager was extremely friendly and helped us book again for next year. We cannot wait to come back. We love Myrtle Beach!!

Great people to work with.

I truly liked the house set up it fit our big family perfect but when we got to house garbage was left in house as well not clean we found really nasty bathrooms hair all over and dirty as well dead roaches all over in kitchen as found many roaches alive in house as on porch as well no Wifi for all the money i paid (1,700)for only a week sad my payment at home is 200. Less a month and i exspect for that amount clean home as well wifi and have the home exterminated as much as this house (1560 mason circle)fit our family just dont think we will return it take a major discount as cleaned home as wifi i rented the last two yrs at other places as states and i always had free wifi and clean home as i paid much less for And with all this our vacation was not great as well we lost money so we are hoping to make our trip back home

Nice place, we rented a villa at the beach here . The pools are wonderful!!!

Worst vacation ever. We stayed at this game house last year and loved it. This year was advertised with a fenced in yard (we have 2 dogs) but part of the fence was missing. Last year we had some television, this year 4 channels. I spent almost$100.00 trying to get some kind of television. Rose Realty was made aware of these problems with no effort to correct them. This house is in Ocean Side Village at 1799 Egret

I've suffered an association with this company for 15 years. The owner is dishonest, arrogant, ignorant and rude. MLS kicked them out because of this.

We were really looking forward to our week at the beach and our stay at 483 Meadowlark Drive in Oceanside Village. When we arrived the house (entire neighborhood we found out later) had no water. NO WATER after travelling 8 hours with young children. It was a major inconvenience. Water service was not restored until the afternoon of the next day. We understand things happen but Rose Realty offered no solutions, no apologies, and not even a partial refund. It was a real mess! In addition to no water, the house and furnishings were nothing as advertised. The furniture was old and much of it was broken. My tiny 4 year old daughter sat on kitchen chair and it collapsed under her. What chairs were able to be sat on were torn with holes in the rattan backing. The beds were terribly uncomfortable and hard. They were all awful. Even the kids woke up sore from sleeping on them. The kitchen cabinets were all shoved full of junk making it impossible to put any food away so our counter tops were flooded with all food we had brought. You would think with so much stuff in the cabinets we would have had plenty of pots and pans but there was hardly anything useful and what there was was old, broken, and barely usable. The oven didn't work except for on broil. The breakers for the kitchen flipped every few minutes. All in all, it was almost impossible to cook ANYTHING at the house and we ended up spending a lot more money than planned on eating out. The outside, screened porch facing the lake was one of our primary reasons for choosing this house. Unfortunately the light on the ceiling fan didn't work making evenings on the porch impossible. Instead of fixing the light, the owners taped a sign to the wall informing us The light was broke . The mosquitoes were so bad that even day time use was limited. I expected some because the house was on the lake. But, even with citronella candles and Off spray, our entire family was bit to pieces. Bugs inside the house were just about as bad. The kitchen and bathrooms were full of ants. No matter how much I cleaned and sprayed they kept coming back. YUCK! The home advertised a DVD player which we thought would be great for the kids in the evening. There was a DVD player there, but no cables to hook it to the tv. Pointless! The home also advertised an outdoor shower. There is NO outdoor shower. There is a waterhose that only runs cold water. The house had signs EVERYWHERE stating "do not move furniture". The furniture was so, so oddly placed. My husband had to move the couch slightly to reach an outlet to charge his phone. When he did, he found a large section of floor that was weak and to the point of breaking. Rather than fix the floor, they just covered it with furniture! Crazy!! To say the house was overpriced would be an understatement. We were so, so disappointed with our time there. We won't rent through Rose Realty again. I would recommend Ocenaside Village to anyone because the amenities are great! But go through VRBO or Airbnb. You'll get a better deal and have a much better experience working directly with the owner. Rose Realty should be embarrassed to offer such homes and to provide such horrible customer service. So, so disappointing!

This place deserves no stars at all, only reason why I put one is because the houses look nice on the outside, not so much inside. Not only that but Mariam don't know how to spell her name but she is the one who speaks to people about rose reality property is extremely racist and is trying to find excuses for my family to leave the property because we are mixed.

We spent the forth of July week there and it was a excellent vacation. The private beach was what we came there for. Location location, everything you could want on a vacation and more. I would recommend these to everyone.

This is a great place to rent a vacation rental or to purchase a home. The community here has golf cart paths and the beach is just right down the road. The pool is also really nice and has a kid area which is also great for adults. I would recommend a stay here if you are looking to rent.

Was looking so forward to our family vacation but, was ruined by this place. Owner nagging every 5 seconds about where my children’s toys should be, the nose of my car hanging out in the street (which I got a ticket for). Brought my own golf cart only to be booted (another $100) fine, BIKE GOT STOLEN, The owners stayed below us and felt like every time we left that they would come up. NOT A PLACE IF YOU HAVE KIDS!!! Worst place we ever stayed. Please look around before you choose this terrible place. The people up front are rude. Stay away!!!!

Ok neighborhood but, 1967 morning glory was a joke. Owners are nosy and rude. They live right under you. One little tv in living room and the rest have tube TVs lol. 1 small drive way to barley park in. Thermostat is locked on 72 and gets hot in the living area. Cannot bring your own golf cart if so it will be booted. You have to rent from OSV directly and the prices are outrageous for outdated golf carts. (Broke down on us twice) I wish I could give 0 stars. I’d never come back to this place/neighborhood. 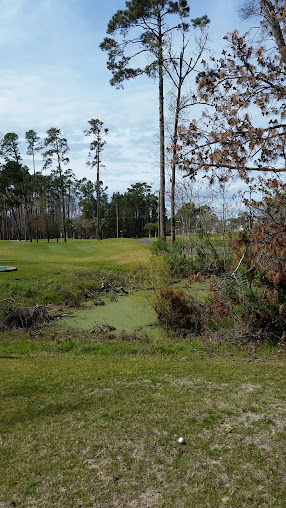 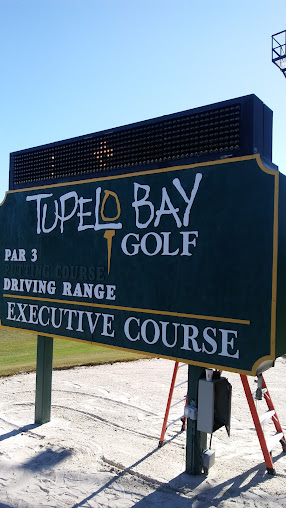 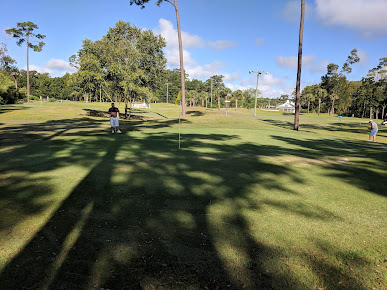 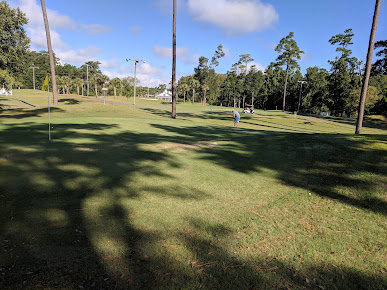 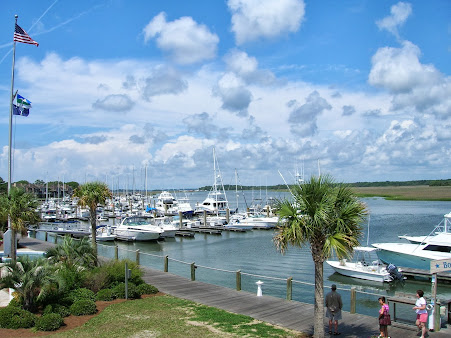 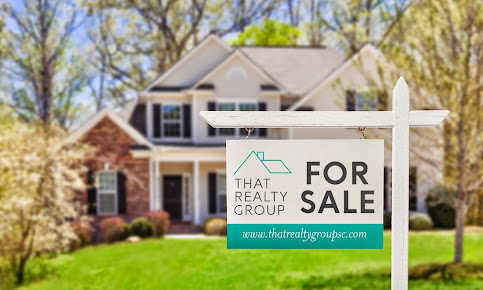 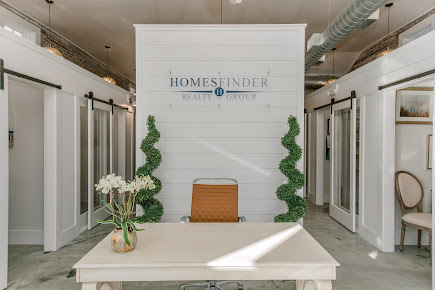