Here you will be able to see the reviews of people who buy the products and services of Highgarden Real Estate, Inc. (Real Estate Agency) in Indiana area.

At this moment this firm gets a rating of 3.8 over 5 and this score has been calculated on 21 reviews.

As you can see it reaches an reviews average is really high, and it's founded on a very high number of feddbacks, so we can say that the assessment is very reliable. If many people have bothered to rate when they've done well, it works.

As you know, we don't usually bother to place evaluations when these are good and we usually do it only if we've had a problem or incidence...

Where is Highgarden Real Estate, Inc.?

It was a real pleasure working with the team. Everything was explain to me so I had full understanding. They made the process easier.

John is rude, has a smart mouth and overall unprofessional. Would not recommend.

Shea Ellington's fussy attitude made him very unpleasant to deal with.

Just starting with them and I’m impressed so far! Thanks Nathan!

Harry Sanders came highly referred, was eager to start working with me to find my home. Was not afraid of my many specific needs. Very educated on local market, builder history of Indianapolis and construction in general. Use him!

Matt Conn was setting up a showing for me. When I didn't reply to his email quick enough, he notified me that he was going to tell everyone I was not a real person. I discovered this as I was leaving work to head to the showing, and gave him a call. I asked why he would tell everyone that I wasn't real. He stated it was due to me not replying to his latest email, even though I replied at least twice before that day. Instead of taking my frustration/irritation seriously, he kept laughing about it and acting as if he could care less. When I told him that I would like someone different to show me the house, he stated "Yeah most people tend not to like me because I just don't give a s&%# at all about people and what they think of me." I asked if Highgarden was aware of the way he treated prospective clients. He said he didn't care what I thought and offered to pass my information along to his managing broker (who I have yet to hear from). I guess that Matt and Highgarden do so well that they don't need to worry about one or two buyers here and there..? It's been awhile since I've dealt with someone as unprofessional as Matt. I hope that Highgarden doesn't actually condone that type of behavior. Most employers wouldn’t find it funny how Matt handled the situation, and would show them the door. On a second attempt to see this property, I scheduled with Dee Carter of Highgarden. I moved plans and made arrangements for work in order to do this since the showing with Matt (above) fell through. I told them more than once that I work an hour away from where that house was located, but no one kept that in mind. On the day I was supposed to see the house, Dee called about an hour before I was supposed to be there to inform me that the owners had not approved the showing so I would not be able to view it. I understand they are at the mercy of the owner's approval, but someone should have notified me that afternoon that the showing hadn't been approved, and that we might need to reschedule. I had already canceled plans and left work…for nothing. I attempted twice to see this house via Highgarden with no success. Needless to say, I declined their offer to reschedule this showing and/or to help me locate additional properties I may be interested in purchasing. It seems that the agents they have working there are doing a poor job of representing the brand. Highgarden should re-think whatever criteria it is using to pick its agents who represent them. Do yourself a favor and go through someone else.

I had a terrible experience with one of Highgarden's agents. Donna Fenno initially seemed eager to help but things chaneged quickly. She would ask to talk about opportunities but then never make herself available. When i finally asked if i needed to get someone else she finally called and told me her time was more valuable than mine and proceeded to cuse up a storm and then hang up. Highgarden really needs to think about who represents their brand. A random drug test might help as well... Do yourself a favor and get a professional agent.

Ryan Hergott and Donna Diercks were absolutely amazing. I would recommend them to anyone!

David Mohn is an excellent realtor. During some difficult times with the seller of the home we had hoped to purchase, he remained diligent in the pursuit of the necessary paperwork. The sale eventually did not take place as the seller backed out. He was able to get our expenses reimbursed. We still plan to use him again in the future.

The only way to buy or sell a home!

Meet with my realtor

After asking for information about one home and specifically telling them that was the only home I was interested in and NOT to contact me about other homes, I have been continually harassed by Ryan Hergott for weeks. Please, leave me alone.

We were looking for an affordable home for our family as there were five of us in a two-bedroom townhome. We definitely needed a bigger space. We couldn't afford an enormous home, but we needed something close to family and close to a very good school. Dan kolic from highgarden Real Estate helped us find the home that we really needed. It was cheaper than others in the same neighborhood and was walking distance to the school that had amazing ratings and is only 11 minutes and either direction from family. Fenced-in yard and everything. He did an amazing job helping us find a home and helping us finalize the sale and making sure that we actually got the house by helping us come up with a good offer that benefited both the seller and us. I highly recommend him if you are trying to sell or find a home.

Ryan Radecki and Angela Line know real estate better than just about anyone. They aggressively negotiated on my behalf, always allowing me to make very informed decisions. I trust them whole-heartedly and wouldn't use anyone else. Do yourself a favor and have them represent you on your real estate transaction. You won't regret it.

The Castle is beautiful the mazes were fun to go through the owners are so nice although his youngest son kept trying to hit on me.... 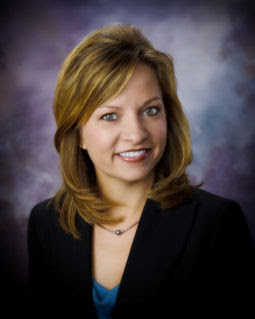 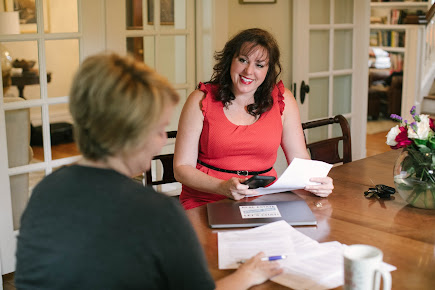