We have the feddbacks of people like you who consume the products of Family Living Institute (Psychologist) in Virginia.

At present the firm gets a score of 4.0 stars out of 5 and the rating was based on 4 reviews.

You must have seen that its rating is really high, but it's based on few opinions, so you will assume that the rating isn't too reliable.

As you know, we do not usually bother to place reviews when these are positive and we usually do it only if we've had a problem or issue...

This Psychologist belongs to the category of Psychiatrist.

Where is Family Living Institute?

I honestly do not believe that any woman seeking counseling or help to deal with an emotionally or physically abusive relationship would be well served by visiting this practice. To stabilize our family that has had to deal with turmoil caused by a spouse in denial about mental illness who often makes public outbursts and erratic decisions (including recently an emotional affair) without thought of consequences, I pursued marital counseling. At this session, my spouse, like many people with his psychological illness do, lied profusely, made it seem he was a martyr who wanted out of our marriage prior to his emotional and possibly physical affair, and even worse, like his affair was trivial. Instead of addressing this as I had hoped, the counselor encouraged my husband who indicated in the session he wanted to leave our marriage and to file bankruptcy to actually pursue bankruptcy (without any idea of how it could affect our family or ownership of property). The counselor literally said "do it now" to my husband regarding bankruptcy--and expressed clear empathy for all of his frightening lies during our session. The counselor also sanctioned my husband's new activity of turning off his family locator app so I would not know where he is so he can hide his affair which I am not sure has ended. After we left, my husband recanted everything (as he often does after he acts out like this), apologized for lying to the counselor, and now says he wants to stay with his family forever--but he of course never wants to see that particular counselor again to clarify his misstatements. Our family has been up in arms this entire week because of another of his extremely erratic episodes. We deal with this episodically as the family of someone bipolar. However, to think the therapist was not able to detect the narcissism, dishonest exaggerations, instability, and tendency for erraticism that is textbook bipolar was frightening. My husband literally made up a new, convincing, revisionist narrative that he never wanted to marry me and has never been happy, left out his elaborate proposal and 3 year effort to overcome my reservations while we were engaged before we became pregnant, and all the times he's begged me to stay and agreed to get help. The therapist bought it and disregarded me. This is especially concerning because of the stereotypical picture of me he depicted of an angry, greedy, racist, dishonest and promiscuous minority female despite having only been with my husband, my reputation, character, accomplishments, diverse friends, and being the breadwinner. I could barely get a word in edge wise as the male counselor essentially yielded the entire floor to his angry narrative. Even me indicating my husband has pushed me in anger in front of our children multiple times over the years did not seem to move the counselor who discouraged calling the police unless I "really wanted them involved" because charges might not be dropped after initiated. My desire for him to take medications he's been prescribed (like Latuda--even though I have reservations about side effects reported in NIH articles) or to take supplements to calm his anger were dismissed even though he angrily expressed himself the entire session. His VA mental health diagnoses were discounted, the medical records and narratives he and I wrote requesting help from VA for his instability and anger issues were trumped up to primarily existing to get claim money and not a basis for actual concern. The counselor allowed him to get way with having the affair and lashing out at me in anger but painting himself as the victim driven to it by his horrible wife. I was humiliated and frightened by what occurred. My husband is emboldened by his well-received performance at this practice. He actually expressed that people will be less inclined to believe a minority woman over a Veteran if I decide to leave and take our kids. Other women seeking martial counseling should be wary of this practice, especially if the male is the primary insured or has respected military service.

Family Living Institute is such an amazing place. They work with everyone individually at their level and help them as much as possible. I felt like they really acred for me. Dr. Peterson is fantastic! He gives his all to every patient and takes personal time to check in on his patients. he goes above an beyond to make sure you are ok and improving. I wold recommend going here to anyone.

I've been going here for therapy sessions and psychiatry visits for about three years. I love the staff as they are always kind and helpful. Even when they are busy and probably stressed during busy times, they never let it show! I see them as my friends now. I was so thankful to find both a therapist and psychiatrist I was actually compatible with. It's been such a long journey for me but with their help, I'll keep fighting my battles and learn how to cope with the very complicated symptoms of my illnesses. 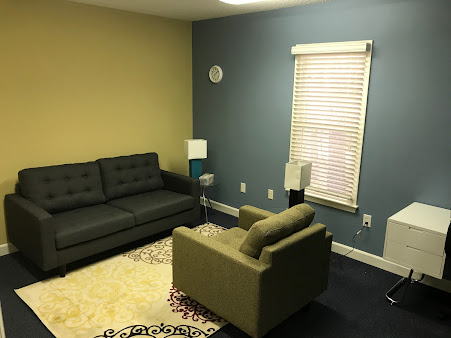 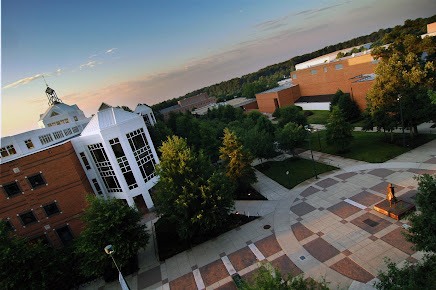