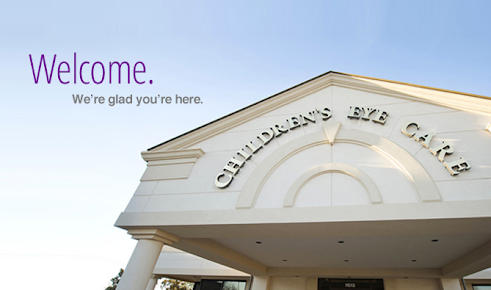 You will see all the reviews of real people like you who consumed the services and products of Children\'s Eye Care, PLLC (Ophthalmologist) in the area close to Oklahoma.

Right now this business gets a rating of 4.3 over 5 and this score has been calculated on 43 reviews.

You may have noticed that it has an average rating is very high, and it is founded on a very high number of feddbacks, so we may be pretty sure that the rating is quite reliable. If people have bothered to leave their review when they've done well, it works.

You know that we don't usually bother to set opinions when these are positive and we usually do it only if we have had a problem or incidence...

Where is Children's Eye Care, PLLC?

Dr Richard is a wonderful doctor. Very personable, and took amazing care of me. My surgery was a huge success.

I am only giving one star for this office because the staff was pleasant and easy to work with. The visit yesterday is the third time my grandson has been sent to Dr. Richards for significant eye issues. 3 different optometrists have referred us and all three for the same issues. Dr. Richards was extremely behind, rude and dismissive to put it politely. I will NEVER take my grandson to this office again. Dr. Richards actually took a call during the visit and never hung up! He did not complete the visit and continued to raise his voice telling us our grandsons eyes were fine. We asked about glasses and he stated " would he even wear them?" we don't know because he has never had them! Then he continued stating well we aren't going to bring the hell into your life! REALLY! I work in the medical industry with over 80 physicians and NEVER have been treated so poorly in my life!

Amazing. My boy had to have eye surgery, Dr Triggler was great at putting us at ease and explaining everything. 1 year later we were in for a checkup and I just casually asked a question regarding my own eyes. The doctor took time out of his day to talk with me about my eyes and even do a quick checkup on them. This was above and beyond the call. I have never seen him in a hurray or rushing in and out. Too bad he only works with kids eyes.

Loved taking my child there and the doctor was very good and helpful!

He had a minor emergency and we're seen immediately. Dr Trigler was patient with my daughter and provided excellent care. The entire staff was friendly and helpful. Strongly recommend.

I was beyond disappointed with my visit. My daughter is 7 months old and after waiting a month to get her in I made sure we did everything right prior to our visit. Pre-registered online, the morning of our appointment I called to confirm they received it and see if we needed to arrive early for any additional forms, they assured me that everything was there and that arriving on time would be perfect. My husband and I got there 10 minutes before our scheduled time and proceeded to wait.... and wait... and wait. When I inquired as to how much longer it would be they informed me that an emergency came up and they were running at least 30 minutes behind schedule. I understand that things like that come up but if I arrive late to ANY doctor's office more than 15 minutes I have to reschedule and pay my co-pay for that visit. All they had to do was call me and let me know that they were behind and we needed to either reschedule or push our time back. After 30 minutes of waiting and my daughter screaming in the waiting room we left. I cannot believe they claim to be a children's facility when they have no concept of how their unprofessional behavior will affect an infant.

My son has been going to Children's Eye Care since he was 6 months old! He's now 7. Dr Triggler has been great. He performed my son's eye surgery when he was 2 years old. The atmosphere at the clinic is awesome. They have play area for the kids with lots of toys and trains. Theres a giant fish tank and my kids think we're at the aquarium to see Dory and Nemo. Getting active little ones to sit through an eye exam is tough but the staff is so friendly, skilled and patient. Trang at the front desk is SO sweet, I Love her!

Dr Scott, has helped my son, my niece, and my nephew get in to the correct glasses, and then corrected my lazy eye. Love it here.

Took my son into a room and told him to read some letters then said he must not know his letters when he missed multiple on his left eye. He has known his letters for years... Just took him to another doctor and he now has glasses. The other place did several tests and listened when he said he couldn't read the letters because they were blurry. I wouldn't recommend this place to anyone.

Dr. Trigler and his staff are amazing and accommodating. Our daughter needed eye surgery for strabismus and they completely put us at ease with both professionalism and a caring disposition. Highly recommend.

Great doctor, but the in-house optician is ridiculous. There are few words in the English other than Clusterf#@k that better describe the optometrist area there. It's chaos and understaffed. Takes a week to get a simple rx and then you have to "sign-in" and wait in a long line to pick them up. Go elsewhere for your glasses!

Only giving one star because I have to and the office staff were polite. Dr. Roberts on the other hand was behind, very rude, dismissive of anything I tried to say, and also stated my son's eyes are fine but we've had 2 other doctors that stated the complete opposite Dr. Roberts took a phone call during our appointment that was not an emergency. Then he asked if my son would even wear glasses, well I don't know we've been never tried. Why would he need glasses if t he says nothings wrong?! He used inappropriate language saying he doesn't want bring that hell to our lives. I will never see or refer this doctor.

Dr. Brown was very thorough, professional, and answered all my questions. She has the best bedside manner. Nancy also professional and thorough. Will recommend Dr. Brown to anyone who's looking for an eye doctor.

Doctor Forcina and his assistant with blonde hair are wonderful! We were referred for our son's eye and they were knowledgeable and very kind! We will be back again and when time for eye check! Thank you for being great with our son!

I have to say I absolutely love this place. They were amazing from check in to picking up our glasses. I wish I could remember the lady who helped us with our insurance when we were getting my daughters glasses (dark hair, glasses, sits to the left) She went out of her way to help us. The every staff member was great!!

My daughter is special needs and Dr Trigler and staff are amazing with her. Highly recommend.

Dr. Scott was great with my 3 year old. The staff was very friendly and helpful. I highly recommend this office. Great selection of kids frames.

Very friendly with great service. They even made my sons glasses for him while we waited because we live out of town! Would highly recommend.

Dr. Scott performed surgery on my son 15 years ago for strabismus. He then did a follow up surgery when he was about 6 years old. My son is now taking lessons to become a pilot and was able to solo on his 16th birthday. We are so grateful for Dr. Scott's expertise and that my son has the opportunity to follow through with his lifelong dream of being a pilot.

My granddaughter has been seeing Dr. Trigler for almost 11 years, since infancy. He is wonderful with children, and the same is true for his staff. I wouldn't consider taking Kayle to any other specialist.

Dr. Scott is amazing! The staff from check in to picking up my daughter was also amazing! Great staff!!

Extremely Rude! My child has been coming here for a few years, I have new insurance and before they even checked my benefits I was told that BCBS would not pay for this. Then they tried to tell me that it was because at my last job I had BCBS vision (which I explained was incorrect) I verified after I told them to cancel my appointment that BCBS would have paid for the doctors visit, not for the eye glasses. I have 3 children total, all will need glasses, and I can guarantee we will NOT be coming back. 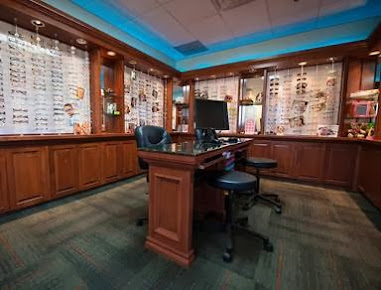 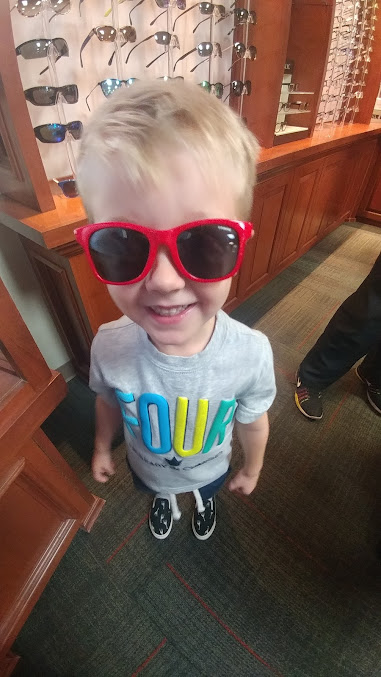 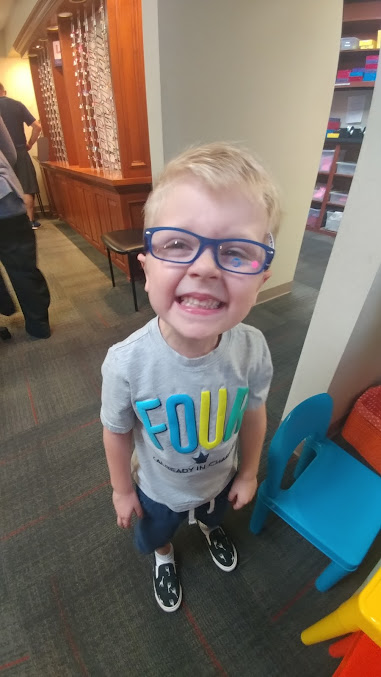 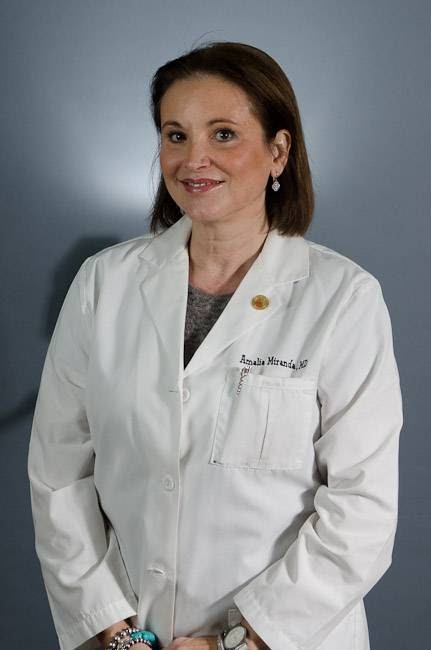 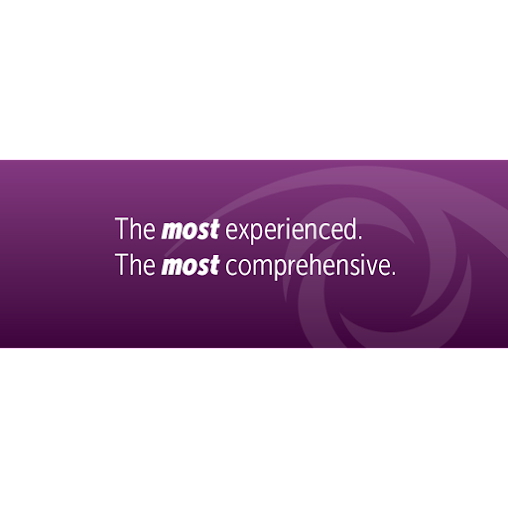 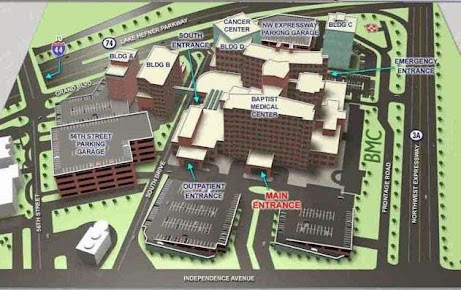