We've got all the opinions of people who purchase the services and products of Dr. Chris Rains, O.D (Ophthalmologist) in the state of Mississippi.

Right now the business gets a rating of 3.9 stars over 5 and the score has been based on 16 reviews.

You must have seen that it has an average rating is really good, and it is based on a large number of opinions, so we may conclude that the assessment is quite credible. If there are many people who bothered to give their opinion when they are satisfied, is that it works.

You know that we don't usually bother to give evaluations when these are good and we usually do it only if we have had a problem or incidence...

This Ophthalmologist is classified in the category of Optometrist.

Where is Dr. Chris Rains, O.D?

I was with my Son Theo for his appointment, the Staff was Super friendly, very kind and extremely helpful. Excellent service all around.

Very quick in and out no personalization whatsoever. I guess that's par for the course.. it's all about the dollars.

I have been a patient of Dr. Chris Rains for over 10 years and have always been greeted by a friendly staff. Dr. Rains has always treated me with the utmost respect, courtesy and professionalism. I totally trust his knowledge and ability. He takes his time and is very thorough to ensure my eyes are healthy and that I am completely satisfied with the treatment I receive. His team are super nice and always so helpful when fitting me for frames. And at times, they have gone out of their way to order smaller frames for me to try on since I am such a hard fit. I am always pleased with the care I receive and would highly recommend him.

The staff was wonderful! They worked me in the same day I called and were so very kind and helpful.

I have been going to Dr. RAINES for the past 6 years. 3 years ago I was told I had glaucoma. I was devested. I researched everything I could. I wasnt given any info at the time. He just said you have glaucoma and left the room. I go back Last week of August and get told my vision hasnt changed much. So I ask about the glaucoma Dr.Raines said What glaucoma? I just had another appointment at another eye dr. For second opinion and no glaucoma. All this is out of pocket. My insurance didnt cover. Qould have been helpful if sectary qould have mentioned ahe knew insurance change. At other place she did infrom of it.

This is Dr. Rains and wanted to reply on a few things that were said in reference to some bad reviews that were made about me earlier. I have really never paid much attention to reviews in the past until this incident that happened recently. This review is in reference to some previous reviews that were made by the same person and by quaitness’s that I've never seen before as you can see, Named Argent King, Joe Smith, Mark Miwerds, Mark Sidruis on July 10th and 11th against myself. This response is in no way to Slander this gentleman, But to set the record straight. Yes, I did receive the phone call that morning when I had just entered the office door when the Alarm went off and I was trying to get turned off. During this instant, a phone call came from the alarm company from my cell, at the same time, This man, who's name I want disclose called in reference to a wallet that they thought had been left here few days before. Well, The office had been closed that day due to meetings the staff had to attend and I had forgotten that so when I entered the door, I was caught by surprise and that’s when everything went south. The reason that I had been distraught and little aggravated was that I had just been to the hospital where my brother was dying of kidney disease, Cepsis and Double pneumonia and so you can see why I may have been a little short on the phone, but my mind was on my brother and not the phone conversation. I simply told the person that the office was closed and to check back with the staff the next day and hung up, and I know I was a little abrupt. Before I left to go back to the Hospital, the gentleman called back and left me a voice message. The message said quote "YOU ARE AN UNGRATEFULL BASTARD AND I HOPE YOU CHOKE ON A PIECE OF CHICKEN AND DIE". I couldn't believe what I had heard and it took me by great surprise so I then proceeded to call the gentleman back to please accept my apology, but he immediatlly just slandered me again and said it was TOO LATE and that he was gonna report me to authorities and hung up. Then I called for a second time, but no answer and proceeded to leave a voice message apologizing. But as you can see, he was very quick to start the slandering against me. I certainly believe you can make a judgement call here for yourself and see that this person took this little too far. And this all coming from a military person who we are supposed to trust to be good Americans and be little more compassionate towards people. He could've simply answered my call back and just listened to my side of the story and accepted my apology and that would’ve been the end of it and under the circumstances that I had been under stress due to my mental anguish from dealing with my brothers sickness. I feel like maybe this was just not a good day for this guy as well and maybe he was going through some tough times as well. So I certainly hope that he can find Joy in his life at some point, just by memory hearing the anger in his voice. I’m really surprised that that this blew up like it did and didn’t really think that I was that rude. I really hope this is a lesson for people to try and be forgiving and have a little compassion and to give people a chance to make things right. I know that it has made me think about how I handle things. I have been practicing for 30 years and never have had to defend my reputation ever and I know that there may be some other patients out there that we don’t see eye to eye, But I do try my best and my heart is usually in the right place. Please don’t let this review from this person influence you in any way to come see me in person for your eye care services. I PROMISE YOU, You'll be happy you did. Thank you very much for your time to read my reply. Dr. Chris Rains

I have been going to Dr. Rains for 3 years. He was recommended to me by a close friend who had been to a number of the local optometrist and found him the best for fitting her with glasses that improved her vision. Another plus is that his office can make the lens for any pair of your own glasses. Everyone I have seen in his waiting room seems glad to be there as a patient. I would recommend him to anyone who wanted a reliable long-term eye doctor for their eye exams for glasses. I have nothing but good to say and recommend. his services So did my friend! I say give Dr. Rains a try. I have done both Eyemart and Walmart for exams. Was not that impressed because the perscription was off. This is why I needed a good eye dr. Eyeglasses are a different thing. But you need a good prescription before you put any money down on good-looking eyeglasses.

Very rude staff. Denied patient care because I been sick for a week or so and I'm not contagious at all. But they assume I was contagious. So they wouldn't see me. Commissioner will be hearing about this.

I just moved to the Coast and I am very glad that Vision Care Center was recommended to me. The entire staff is very helpful and they took their time to make sure my husband and I got all of our questions answered. Dr. Rains explains your personal situation clearly and the staff makes sure your glasses and contacts are perfect! 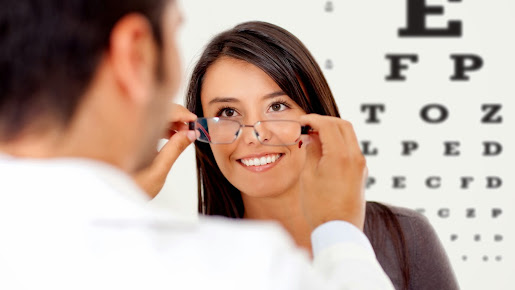 Eye Associates of the South 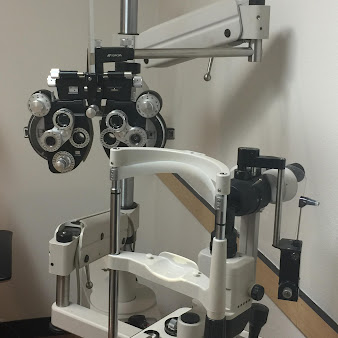