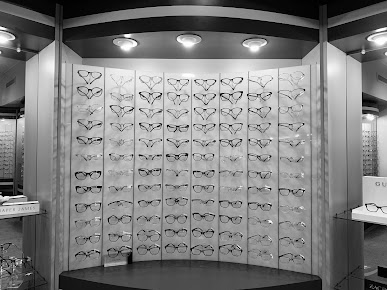 We have the reviews of people who have information of the services and products of Elizabethtown Eyecare (Ophthalmologist) in Kentucky.

At this moment the firm receives a rating of 3.5 stars over 5 and that score is based on 13 reviews.

As you can see it reaches an opinions average is high, and it's based on an average of opinions, so the score is rationally reliable, although it doesn't have a sufficient amount of ratings to confer it full credibility.

You know that we don't usually bother to put opinions when they are positive and we usually do it only if we've had a problem or incidence...

Where is Elizabethtown Eyecare?

REVIEWS OF Elizabethtown Eyecare IN Kentucky

Recently had an eye exam and bought glasses. Dr. Patrick is very nice and thorough. The staff is friendly and helpful. The office was nice and they had a great selection of frames. I am very happy and will come here again.

I had an appointment scheduled at 11:45am earlier this week for a general eye exam so I could obtain an updated prescription and order new contact lenses. I printed out and completed my new patient paperwork before arrival and arrived a few minutes early, as was requested. The male clerk at the front desk did not greet me when I arrived and did not ask me for my name. He simply told me to sign in on the form, took my insurance card and ID, and told me that I could browse the selection of glasses while I waited. I browsed the glasses for a little while and then realized that it was now noon, 15 minutes after my scheduled appointment time. I had not been informed that that the office was running behind, but clearly they were. When the male clerk returned my insurance cards to me, I informed him that I had been waiting for 15+ minutes already, and that I hadn't been informed that the office was running behind. I asked him how much longer I should expect to wait, and he said 15 minutes. Then he said, maybe more like 20 minutes. I expressed my concern at that, as that would then put me at 30-35 minutes past my appointment time, simply waiting in the waiting room. I am a medical provider in the area and had arranged for 1.5 hours to be away from my office for this eye exam, after the office staff had told me to expect to be there for 1 hour when I called to make my appointment. I gave myself 30 minutes of extra time for the appointment, just in case, but clearly this was not enough with how behind schedule this office runs. I continued to wait and informed the clerk that I would have to leave and reschedule my appointment if I could not be seen very soon, as I had now been waiting 30+ minutes, and he then told me that there were still four patients ahead of me, which completely shocked me! They had to have been running an hour plus behind schedule, and I was repeatedly lied to about this. The male clerk then became very aggressive and rude towards me, even stating something as inappropriate as "Have you ever been to a doctor's office before?", as if it is completely normal to wait over 30 minutes for a basic eye exam, with no explanation and no apologies made. If a true emergency had happened that morning to put them so behind schedule, and that had been explained to me, I could understand the significant delay, but that did not seem to be the case. The issue is that this office is poorly run and clearly schedules more patients than they are actually able to accommodate. I was finally taken back to a room after 30+ minutes of waiting, and continued to wait there for at least another 15-20 minutes. When Dr. Patrick finally came in to see me, she seemed rushed and was not overly friendly. She did not apologize for the significant wait, either. She did part of my eye exam, then left the room to do something else for a significant amount of time while waiting for my eyes to dilate, although they certainly did not need 15 minutes to dilate. By the time the eye exam was over and I was able to speak with a eyeglass technician to talk about ordering new glasses, I had been here for 2 hours, which is completely ridiculous. I was the only patient even in the office by this point, and most of the staff had gone to lunch! I was so frustrated and honestly disgusted by the business practices of this office that I decided against ordering my glasses or contacts here. Why would I, or anyone for that matter, want to support such a terrible practice? However, after rushing back to my office to get back to my patients, I realized that they hadn't even given me my prescription for my glasses and my contacts during my visit, and I had to call the office again to obtain that. What an ordeal and such poor service! I highly recommend that you go anywhere else for your eyecare needs.

Dr. Patrick always takes time to answer questions and explain her results to myself and my children. Her schedule is very accommodating, so we never have to wait long for an appointment. She also has an excellent selection of frames and sunglasses.

Dr. Gallagher is great. I would recommend her to everyone. :-)

First time to this office to see Dr Patrick and I was very happy. She was kind and knowledgeable and answered all my questions. I got a new pair of glasses and I can see much better now. Thanks to the staff for all their help. I trusted this office with my eyes and I'm glad I did.

Dr Patrick is now the only doctor at this location. She is personable and seems knowledgeable about providing prescriptions but the wait time is ridiculous. I've been there several times and typically it takes two hours for less than 15 minutes of contact time with the doctor. Also, she used special equipment to test me for glaucoma and told me I had a high risk for "low pressure glaucoma". I followed up with a glaucoma specialist who said my risk for glaucoma was basically nonexistent.

Dr. Sarah Gallagher did a very thorough examination and explained everything. The fe was VERY reasonable. I'll definitely be recommending this clinic to my friends!

Terrible service and possibly the worst customer service I have experienced. Like other peoples reviews, they have no value of time. I waited for 45 minutes after my scheduled appointment time. They had no care at all that I had waited 45 minutes past my appointment time. Finally someone came up and said they should be ready soon. No one should wait 45-60 minutes for a scheduled eye appointment. I would recommend you find somewhere else. There are a lot of eye centers that value customers. If you like to wait an hour for appointments, this may be the place for you. I will definitely let everyone I know to never schedule an eye appointment with them.

Dr. Sarah Gallagher is attentive to the details. She really listened to my concerns and answered all my questions. I would recommend her to everyone.

She was very nice, but I felt as if she didn't listen to me when I was describing the symptoms I was experiencing. She automatically assumed I was experiencing issues with allergies causing blurred vision and eye pain. I ended up going to Eye Physicians of Elizabethtown instead and was diagnosed with Corneal Epithelial Basement Membrane Dystrophy. That is far different from allergies and I feel if she had listened to me instead of assuming, it could have been caught earlier.

The staff was very professional and explained everything from the exam to the purchase and fitting of my new glasses. 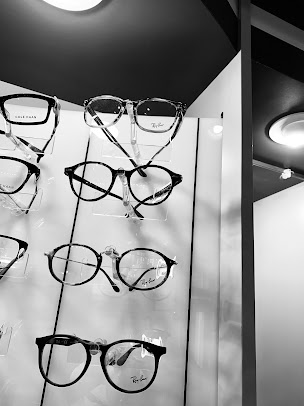 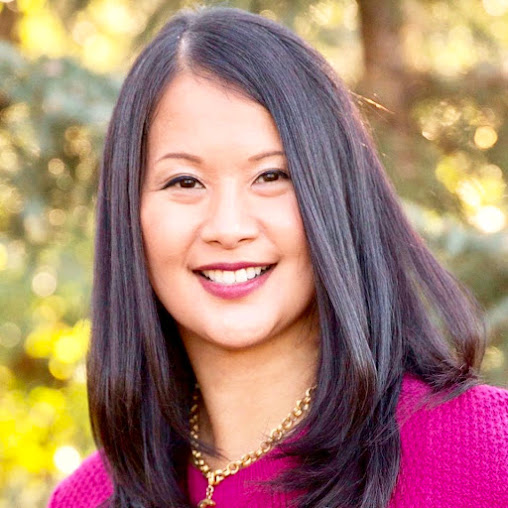 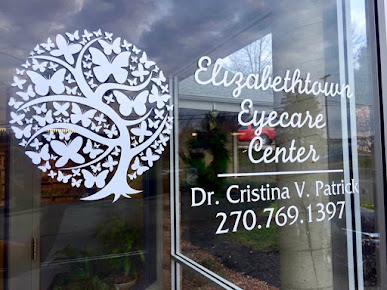 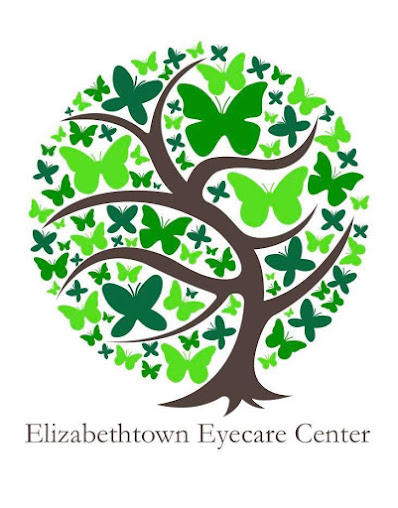 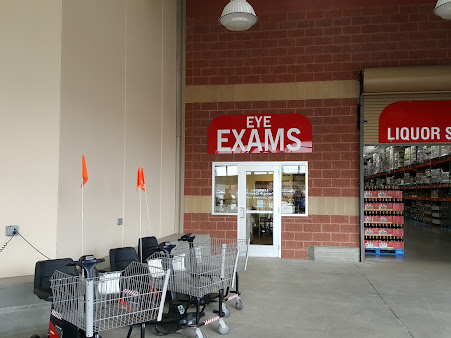 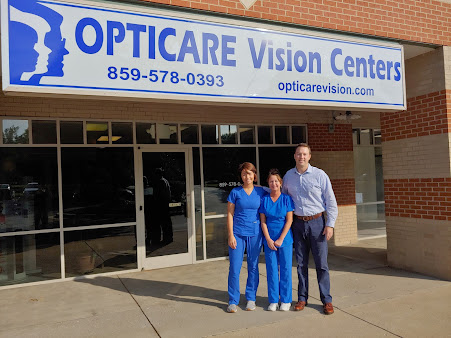 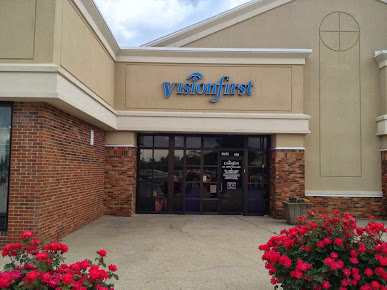 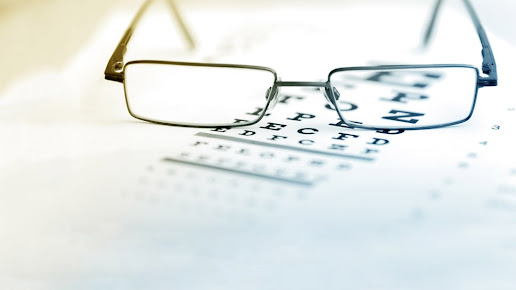 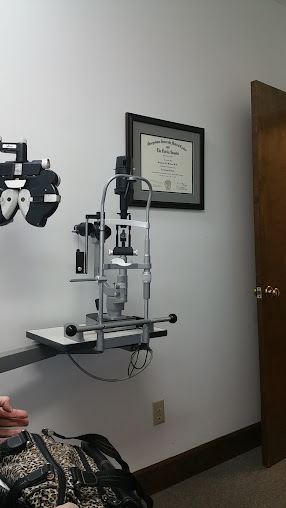