We have all the reviews of people who use the services and products of Tayani Institute (Ophthalmologist) in California area.

At the present the business has a score of 4.7 stars out of 5 and this rating is based on 45 reviews.

As you can see it has an average rating is almost the best one, and it's founded on a high number of opinions, so we can think that the evaluation is very credible. If there are many people who bothered to value when they are satisfied, is that it works.

You know that we do not usually bother to place tatings when they are good and we usually do it only if we have had a problem or issue...

Where is Tayani Institute?

REVIEWS OF Tayani Institute IN California

Dr. Joson is always caring and professional. He listens to my questions and concerns and responds to them completely. I am always satisfied with my visits.

Both my husband and I are very happy with the Tayani Institute for eye health. I have been seeing Dr. Tayani since 2010, My husband sees Dr. Josen at the clinic also, Both are happy with our choices Would refer them to anyone interested in great care. They are the BEST.

Tayani Institute is an excellent choice in providing the absolute best in eye care. I have been a patient of Dr. Josen, Opthamologist, for 5 years. He is outstanding in his field. He is very experienced, through, and compassionate. The moment you meet him you feel he really cares about the patient and their needs. The office staff are excellent as well. The office is friendly and well organized so that when you have an appointment time the wait is minimal. I highly recommend Tayani Institute.

All of the support team were great. The doctor was engaging and got to the root of the matter quickly.

I first saw Dr. Joson when I had something in my eye. It took some searching, but he eventually found it and successfully treated it. I also had a separate eye condition for which he recommended artificial tears and hot compresses at bedtime. My eyes have never been better. I like Dr. Joson (my husband and I both see him) because he cares very much for my eye conditions, and will scold me (in a humorous way) if he thinks I'm not taking care of them. Staff is also very pleasant and helpful.

Staff was welcoming and Dr was very nice and professional. Office is easy to find and area has plenty of parking. I am happy to return to their office.

Dr. Tayani and staff provide excellent eye care. Dr. Tayani implanted variable lenses to correct for cataracts. That was five years ago and I am still maintaining excellent vision without eyeglasses. I did some research and asked around before deciding on Dr. Tayani. He has impeccable credentials and is highly experienced. There are many doctors to choose from. I believe he is one of the best.

Everyone is so friendly, great experience.

Dr. Ng is a hoot, and ZaK is wonderful. Had to change eye doctors after 40 years in Fullerton. Not fun, but making progress and was referred to Tayani by my NEW primary doctor, Ian Bare. Very busy, which means probably good! I made sure I made my next year's visit for my wife and me immediately, so don't have issues. We will see, but based on first visit and energy in the building...I liked it a lot!

I have been going to Tayani Institute for many years now for my eyes and dermatology and I have been very impressed by their professionalism and compassion from front office to all of the Doctors and nurses I have seen. I can recommend them without reservation.

My eye Dr. was friendly and efficient and had a sense of humor. I'm very happy with the service.

Visiting Tayani is always great, I've never had a bad day there.

I recently had an eye examination at Tayani Institute. It has been a few years since my last examination. I found the location to be excellent. The staff was exceptional. I also received the most comprehensive eye examination I have ever had. They are truly exceptional for maintaining eye health as well as corrective options.

Dr. Tayani recommended three unneeded surgeries. I felt as if I were being held up and threatened. This is the history. March 13 - Eye began bothering me. Worsened Approx. March 15 - I called my primary care physician, Dr. Yelena Wood. She said she couldn't say without seeing me, but that it sounded like a sty and stys usually resolve with warm compresses and rinsing the eye with sterile solution in about 10 days. She still suggested I come in. March 23 - It seemed to progressively get worse and was very sensitive and painful and on 23rd a large white bump emerged out of the red inflamed lid. March 24th - I saw physician's assistant, Marienida Boehn Patam, PA-C as Dr. Wood's schedule was full. She did not lance the infection, as said it had already opened by itself and gave me 7 days of oral antibiotics, and erythromycin gel for inside eye, twice daily. April 7 - Pain had reduced but still their seemed to be a bump on the lid. My PCP referred me to an eye specialist, Dr. Tayani at the Tayani Institute. April 12 - went to specialist Dr. Tayani Was taken to a room by medical support staff and immediately handed a brochure in room with all kinds of info and given a sales pitch and intensive by this person who also measured tearing of my eyes. She told me that Dr. Tayani went to Harvard and Yale and listed all the specialties they offered (including and especially plastic surgery). After this brief initial exam with questions about my condition, where I told them my concern was residual infection in the eye, I was sent to waiting room until Dr. Tayani was free to see me. After a long wait, I was taken to another examining room. The Doctor examined my eye. He did not use the customary eye exams I have seen used to in the past and not any new ones either. After briefly looking at my eye, he said they could operate. Also said I was lucky because he also had caught my narrow angle condition (without the aid of any diagnostics but by simply looking at my eye and that I would need two additional and separate laser surgeries for narrow angle (total surgeries equaling three and he offered as well to give me surgery for the droopy skin around my eyes (which I had not asked for or mentioned). He told me that the Narrow Angle condition was very serious and without treatment it was possible to go blind within 24 hours. I was then swooped me into a business office to sign up for a surgery to remove the infection, and two separate narrow angle surgeries. Though he had mention it was very serious, ironically, they couldn't do any of the surgeries for a couple of weeks with the Narrow angle almost a month out. When I got home, I immediately had reservations. I called the office I had gone to for my most recent eye exam checkup for glaucoma, etc. in Los Angeles to ask if I should get a second opinion, as there had never been even a whisper of narrow angle disease previously. The reason I went all the way to L.A. is my previous OC doctor had a dual practice in L.A. and OC, I had seen him in L.A. and then OC after I moved here and then he retired in 2011 or so. After trying a new office in San Juan that gave me an inadequate prescription, I went back to the L.A. office that had always delivered a pretty much perfect prescription. They responded to my call and strongly felt I should most certainly get a second opinion. I canceled my surgeries at the Tayani Institute I made an appointment with Dr. Robert Jones, an ophthalmologist and glaucoma specialist, recommended by a trusted friend. April 25- I went to Dr. Robert Jones, a respected Ophthalmologist in Newport. After several tests (which the Doctor Tayani did not do) one of which Dr. Jones said was essential for diagnosing Narrow Angle. He deduced that I did not have narrow angle, and that I did not need any of the three surgeries suggested. The residual bump was inflammation not infection and would resolve itself. A surgery would accomplish nothing and might leave a scar.

The office staff is very nice and I've never waited more than 5 minutes to see the doctor. Dr. Joson is always kind and I feel confident that he is giving me the best care.

Dr.Peter Josen is the best, my mom had seriously glaucoma and can't see without her 1250 glasses, when he checks my mom small Asian eyes, it was quick and efficient, the cataract surgery was very successful, now she can see 0.7, before it was less than 0.1 , we can't wait for the other eye to be well done tomorrow, it's like a miracle! Thank you! Dr.Josen, Thank you, everyone at Tayani!

Although I found my glasses and never used Tayani Insititute the proceedings leading up to the appointment were very professional, courteous and helpful. I will most definitely use them when I get a check up.

Staff was very pleasant and took care of all my questions and concerns more importantly, I felt my eye health was in good hands.

I went to their dermatology office a while back & would not go back there again! They keep leaving me voicemails & sending me emails for my next visit! An assistant and a student with no clue what they were doing came in & then the doctor spent less than a minute with me !

I'm pleased with all of the services at Tayani Institute.

My husband and I both go here! Would not go any other place!

I have been going to Dr. Joson since he opened his practice. My husband became a patient later. We both have glaucoma, and Dr. Joson has been proactive in our treatments. We believe he has saved my husbands sight, by being very aggressive with his treatment. He is a gentle giant, easy to work with, listens and allows "time" to treat you. The staff is friendly, helpful and always ready to assist. I only have "Pros" no cons.

Friendly, knowledgeable, helpful. Usually a wait but I plan for that on my apointment day.

Caring, knowledgeable and professional. Comfortable procedures and a no pressure environment make my visits positive and special. Thank you Tayani Institute.

I had a billing issue that got a little lost in the transition between billing companies Zach handled my concern professionally and efficiently and brought the issue to a quick resolution. I really appreciated that. My family has been seeing doctors at the Tayani Institute for 7 years and we've always had great care.

Have been going here for years. Great service.

I experienced a large burst of floaters (detached retina material) Tayani diagnosed and scheduled an appointment with a retina specialist. When I miss the appointment Tayani called me and insisted I get to specialist Immidiately. They called the specialist and got me the emergency treatment I needed. They may have saved my eye sight in my right eye.

Very professional. I was admitted for surgery at the correct appointment time and well cared for at each step of the procedure. 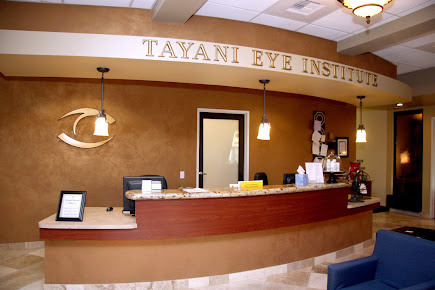 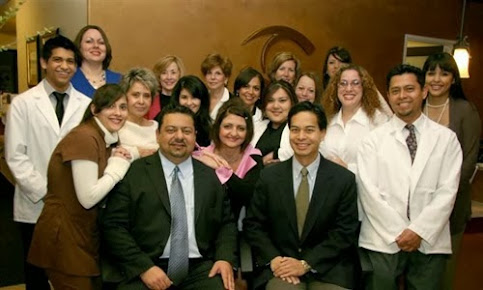 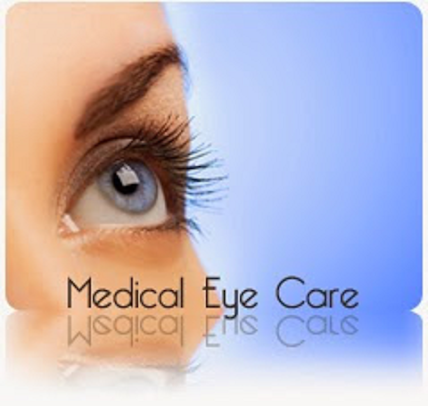 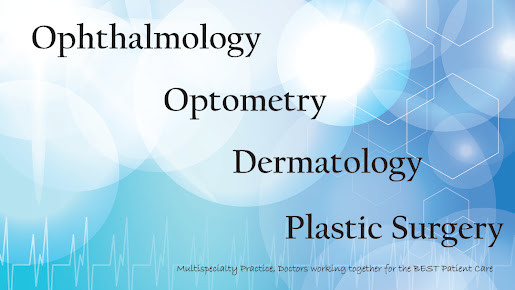 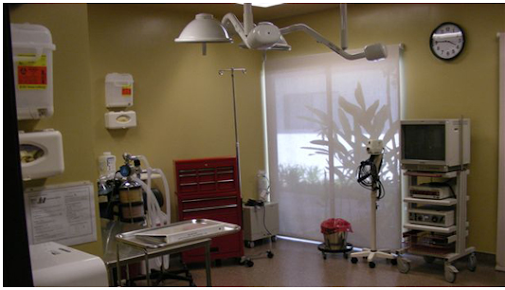 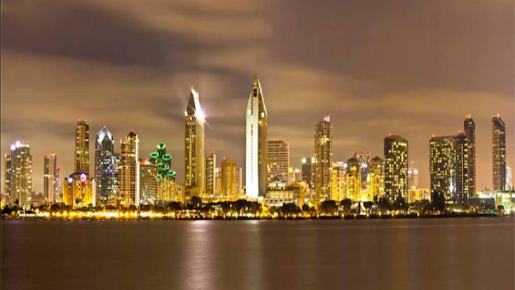