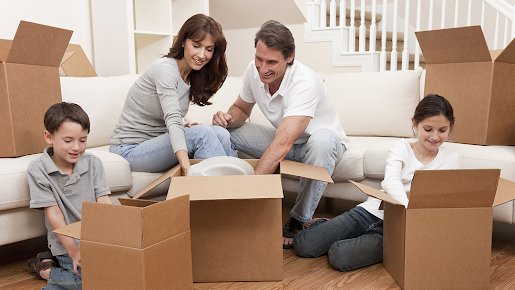 We have the opinions of people who purchased the services of A-Class Student Movers (Moving Company) in the area close to Louisiana.

At the moment this business gets a score of 2.2 out of 5 and the score has been based on 16 reviews.

You may have noticed that the average score it has is really weak, and it is based on a large number of reviews, so we may say that the score is very accurate. If there are many people who bothered to evaluate when they are happy with the business, is that it works.

You know that we don't usually bother to give tatings when these are positive and we usually do it only if we have had a problem or incidence...

This Moving Company is included in the category of Moving company.

Where is A-Class Student Movers?

Took forever. They guys that moved my stuff were very nice. My old apartment was difficult. I get that. Now, 4 days later they call saying they lost the cashiers check they were given!!! A lot of money was spent. The guy who called admitted it was given to them. A photo was sent to him. Cashiers checks take money DIRECTLY OUT OF YOUR ACCOUNT!!!! Now they want more money. I don’t think so.

Please read our warning very carefully. Do not use A Class Student movers company for any reason at all. From start to end it was a complete nightmare and thinking about it now still makes me sick. My family and I relocated from LA January 10, 2018. Rachel who contacted us for the move, at first seemed very accommodating and even offered a "promotional rate " that was till we signed the contract and paid the deposit. If we had a question she wouldn't answer it she would sternly say, "READ YOUR CONTRACT". When we called to see why the truck was running late she said she didn't know. "READ the contract". The truck showed up three hours late, and we missed our ferry, and had to reschedule to take the next one and pay for it AGAIN. The movers started loading the truck but we had to leave, allowing our father to oversee the rest of the move. We eventually got to our ferry only to get a call saying there was an additional 350 feet of space that wasn't in the original quote and it would be $950.00 dollars extra! How could we deny it we aren't there to see it. Rachel then calls demanding payment otherwise they would take our stuff and auction it off. Startled and shocked we paid the $950.00. The next day we waited for our delivery as promised, next day delivery since it was only about 240 miles away. It was nearly 11 am. We called to see the status of everything we owned. No one was answering the business phone, we tried several more times and finally someone answered saying Rachel was busy and would call us after lunch. We waited and waited. No call, so we called her again got her voicemail left a message and then 3 more messages. She didn't call us back till 4 pm saying it wouldn't be delivered today and that our staff was in their warehouse unloaded AND WOULD BE SENT SUNDAY. She specifically said it would be delivered the next day and now all the sudden our things are in a warehouse for an additional 5 days. I was crying, begging her to hold up to her word and she said, "READ YOUR CONTRACT" and hung up. We collected our thoughts and called her the next day saying we would rent a truck and pick up our things from the warehouse, she said, "I NEVER SAID THEY WERE IN A WAREHOUSE. YOU CANNOT GET THEM. We are in possession of them". So we asked again where our stuff was she responded with, "I don't know. It will be there Sunday". She couldn't stick to one story and again we begged her explaining we had two small children and that I was 3 months pregnant. She said she didn't care, and that because we called her too many times "things can happen and now we'd never see our stuff again" and hung up again. Completely beside myself. We called a lawyer because it seemed they were never going to give us our things, and never actually planned it. Everything we had for our children, all our memories completely being held by someone else. With the lawyer's assistance we learned they had two company names. They switched over due to all the bad reviews, the owner had a slew of lawsuits against them the owners are career are crooks that steal what they can and only deliver what they can't auction off. Sometimes people don't see any of their things for months. Our lawyer left them a voicemail and suddenly Rachel called back apologizing and said our things would be delivered the next day between 4-8 pm. Our lawyer advised us to go through each box and to not sign anything till completely satisfied. So we were ready and slept as good as we could on the blow up mattress that we were forced to buy just to get a little sleep. Finally Saturday arrives (Saturday January 12, 2018) as of 8 am our things have not been dispatched for delivery. So we called and Rachel said, "Well I didn't guarantee a time but it will be there". They finally showed up at 5:05 pm. Mr. ** requested an extra 1,000 to complete the delivery, when we said, "We already paid" he called the owner who VERY RUDELY said, "Don't play with me. You already agreed". Bad People, Bad Reputation, and worst move ever!

Bussiness move scheduled weeks in advance. Where supposed to be on-site between 8:30 to 9. Showed up till 3-4 hours late and only two people came when it was supposed to be 3. The 3rd person showed up 30-45 min later. They loaded as slow as possible and unloaded slow as well. Scratched several of the desks and credenzas. Two of the guys that moved us were filthy. One guy seemed to be high. We will be moving again in a few months but I guarantee you we will not be using them again. WORST MOVING COMPANY EVER!

Simply the WORST I have ever seen. Lazy, whining, rude, slow kids who appeared to be either on drugs, mentally disabled or both. No pride in their work and no care for anyone’s personal property. Will sloppily pick up your stuff, drop it, slam it, bang it into walls and ceilings, all the while complaining like 6 year olds and taking multiple “breaks”. I ended up taking several pieces from them and asking them to leave early. In the end I was just happy that they didn’t burn my place down. I sincerely cannot imagine worse movers. This is the first google review I have ever written but I felt a moral obligation to my fellow consumers.

I had used this company before... they were “Johnny on the spot” last minute available... for a REASON... they broke a pedestal of mine.... very $$$ from Egypt... and lied about it... also stole some rare coins, several medications (entire bottles), broke several other things... took their time to accrue more $$$... one distracts while the other actually “works”... good thing that I have hidden cameras to prove all of this !!! DO NOT EMPLOY this company... have several attorneys in my family and WILL press charges!

They moved me from marion to bernice. Give them a 5 star. Very professional. Went to great length to protect funiture.

Haven't used them as movers but I did watch their driver turn a moving van around in my yard during heavy rain. They left bad ruts in my yard. I called to ask them to fix this and they hang up on me. This may be the least professional company in existence.

Theses guys were really cool! Fast and friendly service....i had to move fast and they got the job done

They took 5 hours to move 2 bedrooms, a living room, and dining room, charged $604 to move my things 1.5 miles up the street to a storage unit, and left things behind! When I told them to come back and get what they left, they tried to charge me an additional $257. They are being reported to the BBB! Don't ever use this company to move you! They lied and said they had three movers, and only brought two!

This is the ABSOLUTE WORST EXPERIENCE I HAVE EVER HAD with a moving company. The movers were hired to load a truck. The movers ask if I would like for the lm to do a “clean out” since I had to drive 6 hours after loading. They then told me that since they are only paid by the hour that if I paid the service in the tip that they would receive all of the cash ($100). This was Sunday... Wednesday the apartment complex let me know that Not only did I lose my deposit but I also owe the 150$ because of the conditions of the apartment when inspected. I then called the manager who told me that he was not paid for the clean out service so he was not responsible and all he could do was request that the employee return my tip. When I then told him that i was going to contact a lawyer he said “FU B**CH” and hung up on me. 3-28-2018 I will be contacting a lawyer and filing complaints with the BBB

We've moved 3 times in 5 years.This was the smoothest move I've ever had to deal with.We just moved from Jonesboro Louisiana to Elk City Oklahoma.Daniel was the greatest.Hard working guys that took very good care of our belongings.Thanks for making it easier.I would recommend you guys to anyone.

We had no problems with the gentlemen sent to help us move. The antique furniture was handled with care and made it to the destination with no breakage. They followed directions and I would use this company again.

If I could give them a zero star that's exactly what they would get. Used this company in Shreveport, La. I will NEVER in my life recommend them let alone allow them to move my stuff EVER again. Roy Hughes the supervisor is beyond unprofessional and no help at all. The gentleman Joe and Josh are the ones who moved us. They weren't bad guys but they didn't cover a SINGLE piece of our furniture. Didn't do so well working as a team. They DESTOYED A brand new leather sectional sofa after dragging it on concrete, getting it caught on some chicken wire, and dropping it off the ledge of the sidewalk. They also scratched up our table. They did not handle our belongings with care. All our neighbors including us were shocked at how badly this was going. They had six pieces (eight if you count the sectional in pieces) of furniture to move and was charged for four hours. It was a bed, a futon, a dining room table without the chairs, sectional sofa, a victrolla, and a small two shelf dresser. We literally moved maybe a half a mile away. When originally quoted he said two hours. Then he changed it to three and when he approached me at that time I told him I wouldn't pay them for four because it was way too uncalled for to be charged that much for the VERY small amount of stuff we had them move. Let me not fail to mention that my boyfriend helped them as well. Needless to say we fired them from the job and asked them to leave. When we talked to Roy the said supervisor about our issues and concerns he didn't address any of them only gave us more and hung up on us! They will be reported to the BBB for what unfolded. 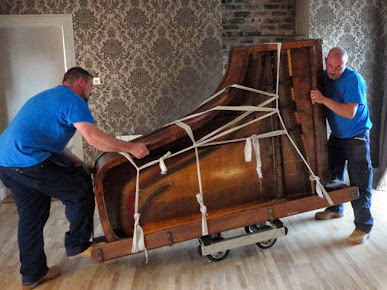 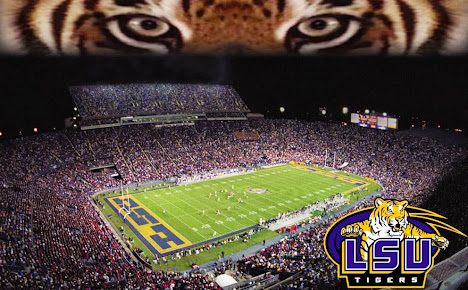