We have the reviews of real people who bought the services and products of Griffon Theaters (Movie Theater) in North Dakota.

Currently this firm gets a score of 4.5 stars over 5 and that score has been based on 120 reviews.

You must have seen that it reaches an feddbacks average is almost the highest, and it is founded on a large number of opinions, so we may think that the valuation is very reliable. If there are many people who bothered to leave their opinion when they are satisfied with the business, is that it works.

As you know, we do not usually bother to write evaluations when these are positive and we usually do it only if we have had a problem or issue...

This Movie Theater is included in the category of Movie theater.

Where is Griffon Theaters?

Nice theater, but Manager was beyond rude and nasty. Made a huge deal about switching the time of my tickets, and saying she wouldn’t give me a refund despite me not asking for one.

Fantastic theater. Food and ticket prices arent outrageous as I have seen in similar style theaters. Biggest selling point is the select your own seating and reclining lounge seats. I've seen several movies here over the past year these seats make long movies like Avengers doable. Never got uncomfortable.

Why would I pay extra to choose my seat if there is going to be some one else sitting in my chair? If this happens to you, don't even bother to ask any staff for assist you since they won't care.

Popcorn is amazing! Theaters are gorgeous.

Love the leather reclining chairs in the theater, makes it hard not to fall asleep... Way too comfortable in a theater.

Amazing!!! $5 Tuesdays are where it's at. Reclining seats and free refills on drinks. The bathrooms are clean and the seats arent sticky

Nicely renovated but the food prices are beyond ridiculous.

The seats recline but are really loud when you do. The door slams shut every time someone enters or leaves which is often when there are little kids in the theater.

Much better than the old one. But they still skip all the movies people want to see and get the ones no one wants to see. Need to turn up the volume. Songs are louder but can barely here the voices.

Captain marvel was amazing. The theater was perfect. I dont think th newborn baby screaming was appropriate though

Smaller theaters in a mall location. It has great and comfortable seating, the theater isn't so large inside. Loved this! The snack bar had plenty of good treats, popcorn was delicious and you get to fill your own sodas. Nice place!!

The new theater was awesome but they could have Turned the volume up it was hard to hear the movie over all the noisy people.

The upgrade is a big improvement.

Pros: Comfortable seating. Nice screens. Tasty snacks. Cons: Could hear the movie next door better than the movie we were watching at times.

ZERO STARS FOR CUSTOMER SERVICE & INTERPERSONAL SKILLS!!! THEE WORST MANGER MEAN AND NASTY AND DISRESPECTFUL ATTITUDE!!!! The manager is the most terrible and rude and impolite person representing this theatre! I purchased two tickets for two different shows at separate times (initially going solo). On the 2nd movie I was able to have a friend join me, but the seat next to me was taken. Very simple and easy fix, or so you would think. I asked for my seat to be moved to a different one and purchase another, so my friend and I could enjoy the movie together, therefore bringing them another customer and more money, more business! She said, “I can’t offer you a refund!” I explained very politely that I did not want a refund, I just wanted to change seats and purchase a second ticket, that’s all! Nothing more nothing less! She said, “I can’t do that!” and became unprofessional and argumentative! I asked why? Disrespectful and rude, She said, “I don’t to have to tell you that!” She said she would have to void the ticket, which would mean it’s a refund. I nicely explained again the same thing. When she became rude, nasty and mean I asked her for the manager’s name and number. She said, “I am the manager there’s no one else!” “I run this!” When I asked for whom she answered to (her boss), she acknowledged that there was someone she answered to, but said they would take her side! Begrudgingly she wrote the number down on my ticket (that she absolutely refused to switch for another seat) and then said, “I don’t have to give you anything!” and quickly scratched the number out making it illegible so I could not complain on her rude behavior! She then told me, “If you don’t like it you can leave and don’t come back!”

I attended the theater tonight. It is a vast improvement over the previous theater that was there. However, the chairs were very uncomfortable. My head was in a forced forward state no matter how I adjusted the seats. The seat of the chair has had many behinds in them. They are beginning to get warped/worn. I didn't get any snacks. I loved the fact that my feet didn't stick to the floor.

Never had an issue with any of the staff or the theater itself. The recling seats are awesome. Happy they came in to replace the old theater.

Wonderful new movie theater!! The staff is very helpful and friendly. We love the reclining chairs and online reservation option!

Just arrived to see the new Avengers movie. I prepaid for my tickets a few days ago. When I came in I was ready to order popcorn and soda. I was waiting at the counter for service. The cashier did see me walk in. She decided to serve the other people that walked in moments behind me. After waiting some time for service I see staff come from the back to give me help. Service sucks.

Live this new place, great seats. Reclining and watching a movie was awesome. I will be going there from now on. Food prices are....well it's a movie theater. Bring 20 for tickets and 40 for food.

It is family and friend family. Really nice workers I will definitely go there again and recommend going there to people. Thanks for the great experience

Very beautiful upgrade to the mall theater. Seats are ultra comfortable and it is clean. Wide variety of concessions within their space, with great popcorn. One thing I've noticed is that you can hear other movies from inside the separate theaters. It can be distracting. Very rarely I have noticed a movie skipping or stuttering, but this can happen anywhere.

Love this new theatre, the reclining seats are comfortable, ticket prices are reasonable, concessions are a little spendy tho.

The theater is clean, the chairs are comfy, and the popcorn is great.

The theater was very clean and the seats were adjustable recliners which were very comfortable as you can stretch your feet after the traffic. The theatre was kind of small and does not fit large crowd but I was told that the other 2 teatres are larger than this one. It's very suitable for the size of town and a get out when needed.

Went to the pokemon movie. The movie was ok. Kind of slow

Chairs are very comfortable and we almost fell asleep!! It was a busy night to go and the staff were very nice and patient. I've not gone to the one at the college I have always gone to thos one! The only thing that I didn't like was the positioning of the screen in the theatre and where the seating was at. We had to turn sideways to be able to see the entire screen. Other than that, no complaints!

This was a amazing experience ❤️ and the seats had FOOT RESTS!!!!!! This was a huge step up from the old theaters. 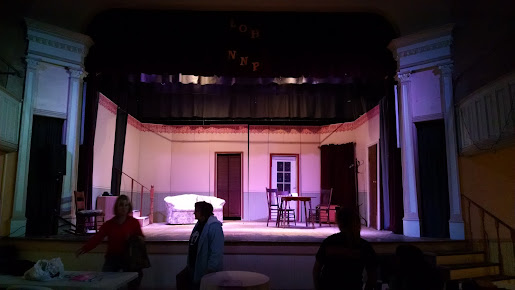 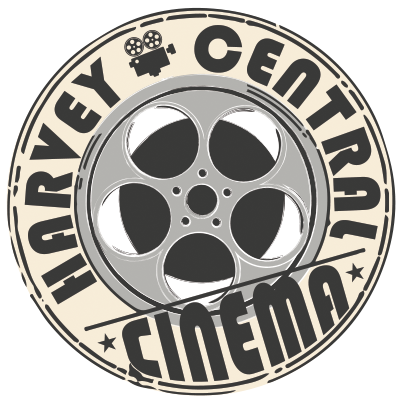 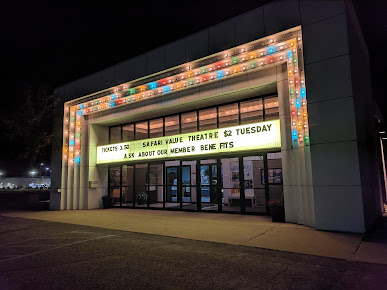 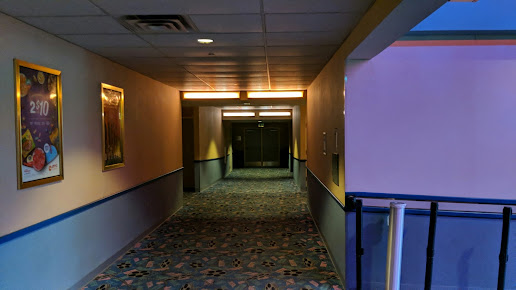 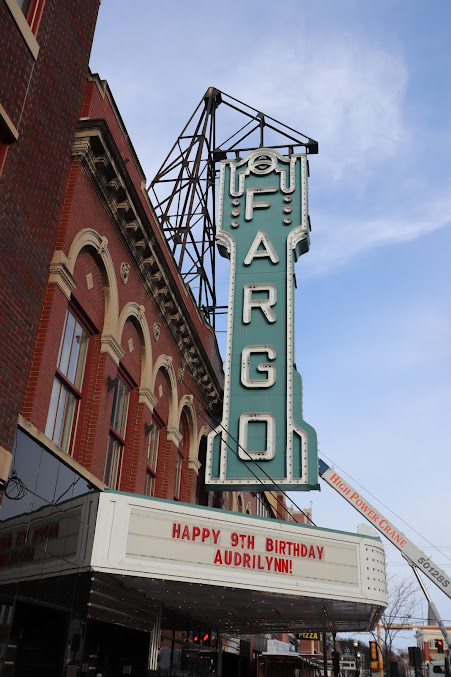