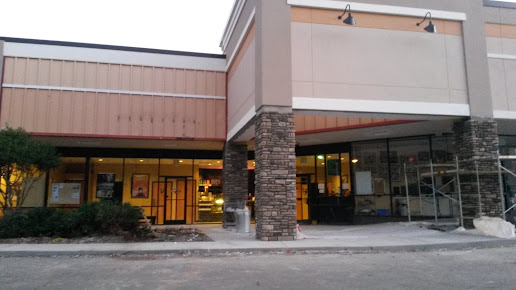 You have the feddbacks of people like you who are consuming the services of Chelsea Theater (Movie Theater) in the state of North Carolina.

At the present this firm has a score of 4.5 stars over 5 and this rating is based on 80 reviews.

As you can read, its rating is nearly the top, and it's based on a very large number of reviews, so we may conclude that the valuation is very accurate. If many people have bothered to give their feddback when they are pleased, it works.

You know that we do not usually stop to place scores when they are positive and we usually do it only if we have had a problem or incidence...

Where is Chelsea Theater?

I love this small theatre. They show a wide variety of movies including a lot of foreign and artsy movies.

Charming little artsy theater. It felt kind of like a home theater with extra seats dragged in! The slightly cramped seats, the glow from a couple less-than-subtle lights, bordered on distracting. The main audience seemed to be pretty elderly. They have a modest concessions stand, but the real food is next door; they are literally connected to the Joe Van Gogh, an open door between them. It's pretty flippin' charming.The cupholders, sadly, do not accommodate this. They kind of tilt forwards precariously. If you want to watch a limited release movie, you won't have much choice. It's either this one or a couple fancier ones in or near Durham that could deign to show your hipster movies. Going to a little coffee shop and seeing an indi movie? This place would be super hipster if the main audience wasn't so ANCIENT. Hipsters can be old, but there comes an age when you go past anything else, biker, hipster, nerd, and you are nothing but old. And since there are so many aged, you'd think they'd have better seats!

We need this place for the movies that don't show elsewhere.

Where you can watch great films. Pity it's so far from where i live now.

I paid my first visit to this 3-screener, opened in 1990, in the Timberlyne Shopping Center, It competes with a larger 6-screen multiplex operated by the corporate Regal Cinemas company. It is at present the only movie theatre in the Chapel Hill area that focuses on independent and art movies, as opposed to the predomninant mainstream Hollywood and blockbusters. The houses seem comfortable and cozy with decent digital projection though there is some sound-bleeding (noise from one house coming through the walls into the other) The concessions counter is limited but a plus is that the management allows patrons to bring in drinks and food from the handy Joe Van Gogh coffee outlet, which is located right next door! For those without cars or who want to support public transportation, the T line has a convenient stop on Westminster Drive, and there is also (weekdays only) the NS route which stops on Martin Luther King. I look forward to catching up on some of the more interesting recent movies at the Chelsea.

I too have complimentary things to say about the theater, and the experience except for one matter. Most will not be able to relate, and this is written more to the theater management (and interested parties) than to the general population. Public venues, by law, are required to have assisted listening devices for hearing impaired individuals, and this theater had none. ::: The problem itself is concerning, but the attitude of the staff was more so. ::: The ethos behind the ADA is that each person should have the opportunity to enjoy the services offered, and none should be required to have a substandard experience. ::: A venue like the Chelsea Theater should have several, functional, quality devices that are readily available any time they are presenting a public service.

I always love seeing a move at The Chelsea. It's unique and quirky and pleasant. The popcorn is great -- real butter -- and they serve beer and wine. It's such a nice, easy option for affordable entertainment.

I arrived and tried to purchase a ticket for Ricki and the flash. I presented my credit card, which was rejected. "We don't take credit cards", Pity since I only had $7.00 in my pocket, and the ticket price was $9.25. What is it with service industries that won't take credit cards in 2015. Is it the 3% the card charges, I would gladly have paid $ 9.50 to cover the cost of the convenience of not having to carry a pocketful of cash. Or is the bookkeeping to expensive a proposal to make it convenient for me to spend money at your venue. Maybe you are cheating on your taxes to the detriment of us all. Whatever your reasons are for not being CONSUMER FRIENDLY are your own. I also have choices, This one was easy, I will see my friends after the movie and spend my $ 9.25 elsewhere ans see the movie for $3.00 when it comes out on Blu-Ray.

Old theater, old seats but not a bad place

Can't beat a good independent film. The coffee shop right beside it gives it a really cool chic atmosphere.

We love this cinema. They always have good choices of movies that one doesn't find at other movie theaters. I highly recommend the Chelsea!

a gem of a place, good selection of films, relaxed, glad it's able to survive

Just a fun place. Don't over think it!

Very nice and cozy theatre with friendly staff. Will definitely be back.

Small Theater. Offers memberships for discounted tickets. Also has student, military, and senior discounts. Has an OK selection of refreshments: beer, wine, cookies. The rows are close together, there is only one isle and you can hear noises from the other theater while watching the movie. Wish there was better popcorn.

Great little art house, with wine, some excellent chocolate, and a coffee shop next door for all your other needs

This little gem is hands down the best movie experience in Chapel Hill. It is a small theater built with loving kindness by a true lover of film. I used to frequent the "Art" theaters in New York - the Thalia was my favorite, and this theater is just as good. When it comes to supporting small businesses, this place is at the top of my list.

A terrific independent theater! Beer and wine at the conssessions. Make sure you bring cash, they don't take cards.

Love the Chelsea Theater. Great community resource with all the thoughtful movies.

Hey folks, we see movies here regularly. Since this summer, they have been taking credit cards....so don't worry about it. Small theater, smaller screens, and a great place to enjoy a movie. Good popcorn, good wine, and adults. who actually put up their cell phones and stay quiet during the movie. Hooray!

A good locally-owned theatre showing art house and foreign films not shown elsewhere. The theaters are small and the seating is aging, but it is a our first choice of theatre because of its heart. Wine and beer are sold and can be consumed in the theatre; a branch of Joe Van Gogh is next-door and offers all manner of coffee and goodies. This is a beloved gem of an operation!

A very cool local cinema, definitely seemed to be an interesting place with an interesting crowd. I appreciated how militaristic the theaters themselves were, no carpet, simple seats, it was a nice change from the places up north always trying to outdo each other. Concessions were cheap and tickets were very reasonably priced. I really appreciated this place and would definitely go back next time I'm in the area.

Great old school arthouse Cinema. This used to be the only kind of place that would show offbeat movies. Now that multi plexes have so many extra screens, places like this are under pressure. I prefer to support it because I feel like it's dedicated to Quality film and has a feeling of community to it. Nice screens, decent snacks, wine & beer and always a very well curated selection of movies. Contrary to older reviews, they do take credit cards now.

Although it is pretty far away, the theater is comfortable and the picture/sound are good. The staff, however, can be pretty unaccommodating and outright rude. When my mother asked for a an extra water with her order, she was told to go to the back of the line if she wanted to get it.

Love this cozy theater, they have the best popcorn - ever ♥️

One star till they get their phone system working. No access to voicemail even. -Sad

Tucked away at the end of a well maintained strip mall, this locally owned independent movie house shows unusual, but well made films. You will not find the big blockbusters here, but you will find excellent, thought-provoking content. The theater shares a door with Joe Van Gogh (an excellent local coffee shop), giving it a nice ambiance.

They do take credit cards! And they have good, intelligent movies. Good popcorn. Good wine and beer.

An amazing theater, locally run and operated by local film lovers. The popcorn is delicious and they use REAL butter! A membership at The Chelsea is worth it's weight in gold. Oh and don't forget to tip the helpful staff for their dedicated hardwork!!!

Very good theater. Non profit. I watched El Camino: breaking bad movie yesterday and I enjoyed it. The environment is really good. It feels local and it has a good service.

In the Timberlyne shopping center, right next to Joe van Go Coffee shop. The Chelsea Theatre provides access to independent and foreign films which you would never see in other venues. It is indeed my favorite theatre. Plenty of parking. Handicapped accessible. Popcorn, beverages, goodies; and you can bring coffee in from next door at Joe van Go's. As an afterthought, many of us consider the Chelsea our community theater. Which also means you can become a member.

Pretty much only place in the triangle to see indie movies. Good prices and always has movies worth watching.

I love this place!

Nice spot, get a popcorn

Best place for indie films in the Chapel Hill/Carrboro area. It is a bit dated, but that is part of its charm. Very knowledgeable and friendly staff. Always have a good conversation about the film with staff after the show.

Because it's locally owned, an icon, a tradition, and they only show great films. 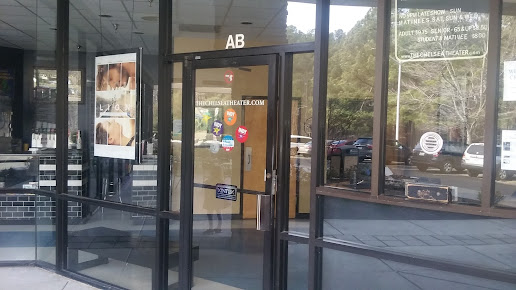 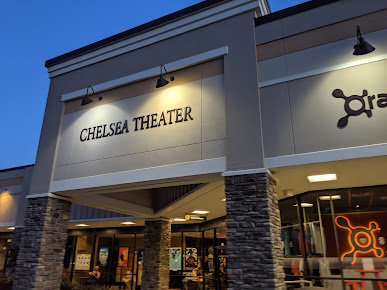 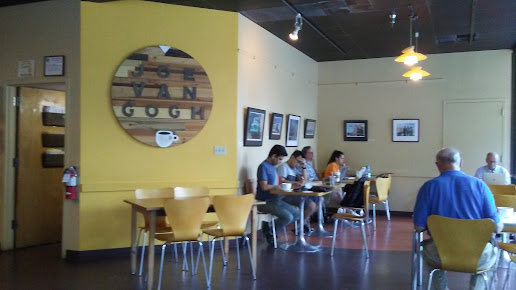 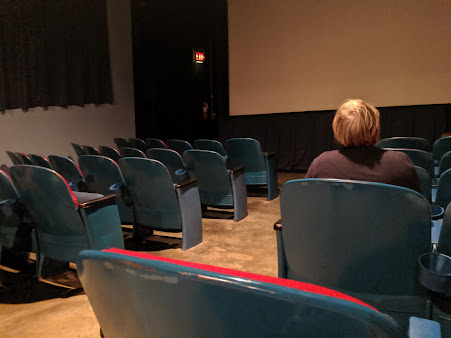 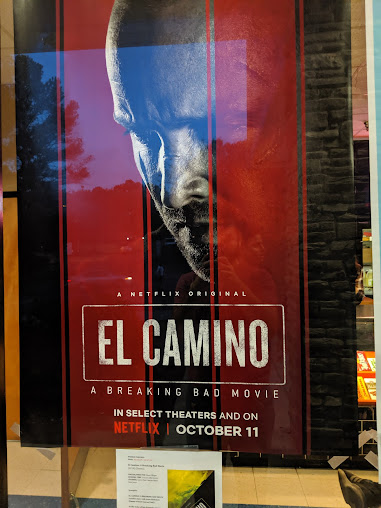 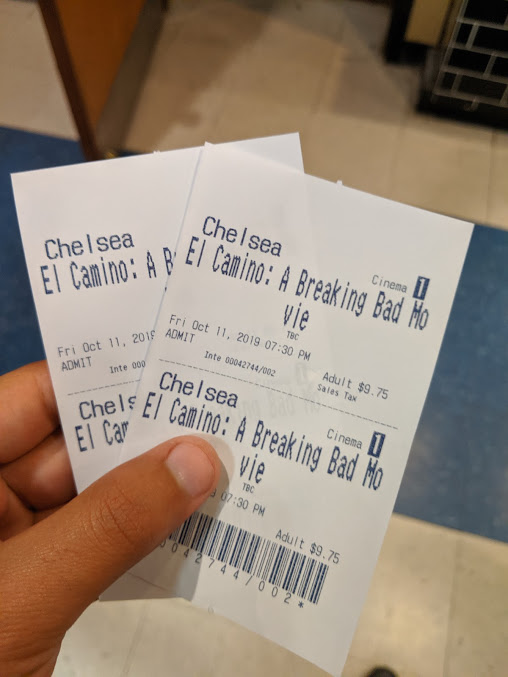 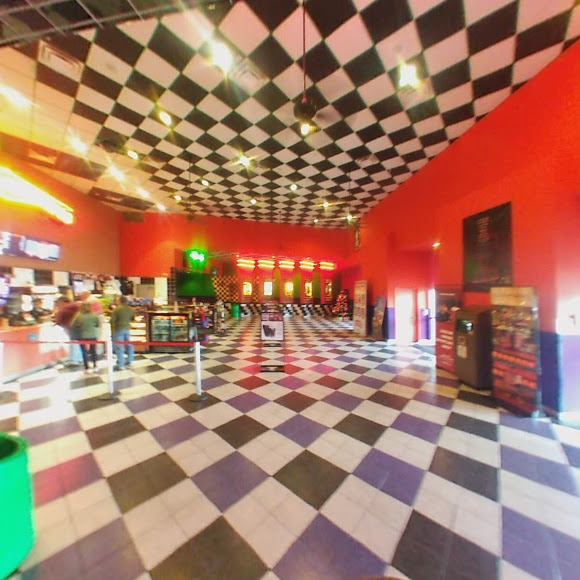 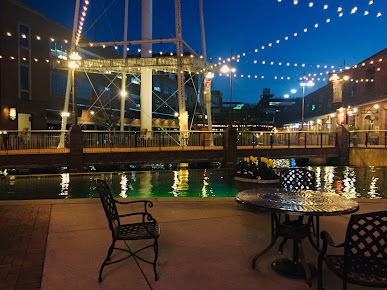 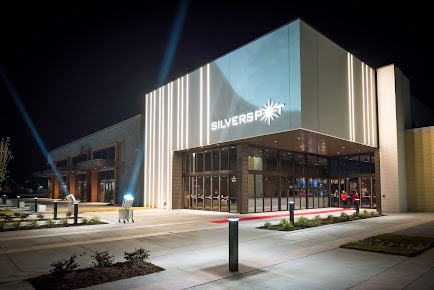 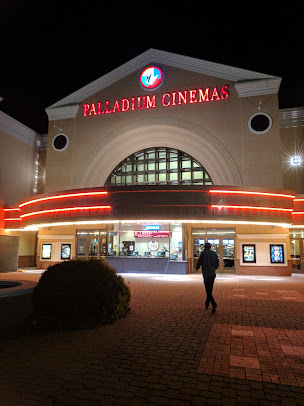 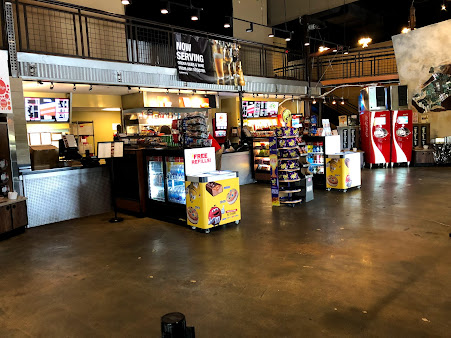