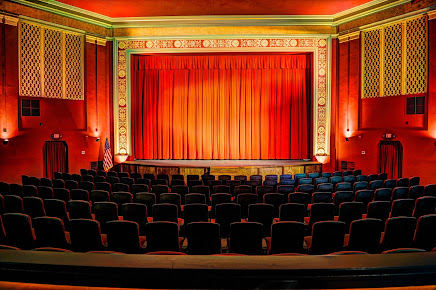 Here you have the opinions of real people like you who are purchasing the products of The World Theatre (Movie Theater) in the state of Nebraska.

To this day this business receives a score of 4.9 over 5 and the rating has been based on 166 reviews.

You must have seen that the average of ratings is almost the best one, and it's based on a high number of feddbacks, so we can think that the assessment is very credible. If there are many people who bothered to leave their score when they are pleased with the service, it works.

As you know, we don't usually bother to write feddbacks when they are correct and we usually do it only if we've had a problem or incidence...

Where is The World Theatre?

REVIEWS OF The World Theatre IN Nebraska

This theatre is great for a cheap date night. It is run by volunteers and they mostly show older movies. We went and saw Bill and Ted's excellent adventure and have watched Pulp fiction there too. Tickets are cheap and sometimes free. Snacks and popcorn are cheap and they serve beer and wine also. They have live entertainment sometimes like comedians and bands too. Just a cool place all together.

Back in 2008 the World Theater, to the best of my recollection, was in the midst of an important restoration. I was intrigued by the ancient cinema, as a fan of film, and the nostalgic history that is forever entwined in all things related. Fast forward to 2018 and I decided, nearly 10 years later, to visit the World, which is listed in the National Register of Historic Places. I was extremely impressed, as I had only come to see the 1974 film "Chinatown" and had been to many theaters of similar ages, only expected the red ubiquitous carpeting and vintage popcorn machines of days gone by, but what I saw, surpassed any of this. The entire theatre is completely restored with what I'm assuming are reproductions of art deco fixtures, yet modern in its feel. For most old cinemas are uncomfortable and lack the technology of sound both sound dampers and surround sound, or even comfortable chairs. The World feels new, despite the look of the style of the past. The chairs are comfortable, and you can even (as I did) sit at tables and chairs in the back and enjoy the concessions. The concessions of course include popcorn and Coke, but also local beer, and some types of wine, though I'm in no ways cool enough to understand wine. The management and staff are helpful and fast. The picture itself seems like it may have been digital projection, rather than an old fashioned film projector, but I may be wrong and the copy of Chinatown may have simply been flawless. Chinatown. . I'm not reviewing the film here, obviously, but I'll note that I'd never seen it before. I've only seen three Polananski films and thought they were all well shot, acted, and lighted.. but part of me always questions whether I'm morally entitled to enjoy anything by the fugitive director, but who am I to say anything. If anyone reading this knows me, you'll know that as of November of 2017, I no longer feel like I'm a good judge of anyone's character.

This place has some great movies to play. Plus the food and drinks are cool.

I love love love the world theatre. My kids and I go watch movies often. Very affordable and such comfy seats even for bigger people. I love tat They play old movies. It's so fun sharing some of my old movie favorites on big screen with my kids.

Not only is this a great place to catch a movie but it's an excellent venue for a wedding ceremony! I had SO many compliments on choosing this venue!! We paid for small popcorns for everyone and had little waters too. You can also open the concessions/bar but we chose not to since our reception was at a different location. Bryce was amazing and worked with me throughout those last few hectic days!! Thank you so much!

All volunteer. Very clean options for seating. Bathrooms to die for!

We'll definitely be going back!

Absolutely love this theater. The volunteers are here because they truly love the place and it shows- very clean and very lovely atmosphere. Love it!

I have attended The World for their annual Christmas Eve showing of It's a Wonderful Life for as long as they have been doing it. It is a wonderful place with a wonderful staff working there. That specific showing is free and the concessions are not too highly priced. I have fond memories of attending The World as a kid when it was still split into two screens. They have done a beautiful job of renovating it while still maintaining the personality of the original! Unfortunately, I don't live in town so I don't often get to check out some of the other events they host throughout the year, but I always look forward to coming back on Christmas Eve!

This restored full size theater offers everything from current movies to older movies. It is run by volunteers. The charm of this place is immense. They're also the only show in the world that run the TV show The blacklist followed by a live conversation with Jon Bokenkamp, and sometimes some of the shows actors, producers, and writers.

The place is amazing. Great movies, cheap refreshments. Gem of Kearney! Plus beer and wine and comfy seats. Kearney is a better place because of the World!

Great selections made for their showings! Love the historic atmosphere!

This place is awesome! They've got something good to see every week, and are so reasonably priced. You can't beat the bar and snacks either, everything combined makes this a true gem and a great date spot in town. Check them out and support local business!

A great theater, every seat is comfortable and the concessions are reasonably priced.

Everything about this place is magical! Love it here

Very comfortable atmosphere. Amazingly affordable. $10 total for the show, popcorn, and a drink.

A great atmosphere to enjoy watching movies.The wonderfully restored theater and low price concessions transport you back when a night out to a movie was a rare treat.

Amazing service and concessions. Great prices. And the film choice is always good.

Awesome venue to take the kids to. Lots of character and charm!

This was a treat!! Just visiting for a few days. Saw great movie in clean, comfortable theatre (sound wasn't too loud for a change). Price as right and concessions were affordable. All round great experience!

I always have a great experience here!

I love this old theatre! The seating is so comfortable and the best part about the place is that they serve beer. I love that I can kick back with a brew and watch a movie in a comfortable seat. I wish all movie theatres sold beer!

I have been coming to this place since I first started college. It's a pretty good place.

This is a fanstatic place to see a movie. The price is so reasonable, the movies are chosen with people in mind of what older movies would be interesting to see again from the past. There are documentaries shown and a variety of other shows. This is a theater that has been remodeled to make a beautiful addition to our community. It is run by volunteers and other events are shown there.

Watched Karate Kid from the balcony. Great experience, 5 bucks to get in, popcorn was 1 dollar.

Very roomy and comfortable seats. We enjoyed the show.

Great environment to watch a movie in! The aisles are wide with plenty of leg room, the seats are comfortable, and the crowd is always excited and full of applause. Makes moving going very enjoyable.

Very unique experience on Thursday evening's for showings of both The Blacklist and Blacklist Redemption. (sans commercials) Love the freewill donation as well as popcorn for $1 (small) and option for a beer or glass of wine. Hearing the locals discuss Kearney references in the episode and face time with the Producer (who is a local as well) after the episode airs make this such a fun evening.

It's so much fun there are great movies an great service

Its beautiful!! Well preserved, like new!! I always look forward to watching a movie here.

Neat place. We are from out of town and went there for a wedding.

A great example of the power of preservation. Thanks to Jon Bokenkamp and the volunteer army who keep the World spinning.

Clean beautiful and unlike any movie theater I have been to before.

An absolutely beautiful and unique place to go see a movie or attend and event on the weekend. Rentals are affordable and the background you have for your event is unmatched!

The World Theater is a wonderful part of the community. Such a variety in the movies they show and it's a great date night for less than $20.

Loved it loved it . Very comfortable seats ,friendly receptionist .Went to a free event was not disappointed. The only sad part is I do not live here and will not be able to go see another show. It is a must see for everybody. Great fun.

Superior place for all kinds of entertainment, great volunteers behind the counter... 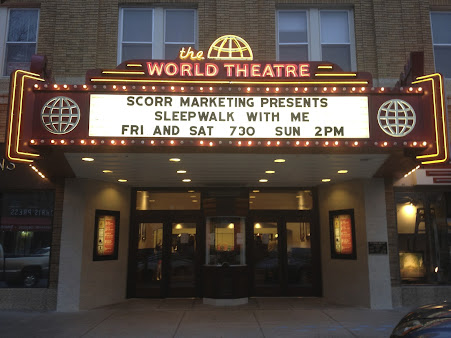 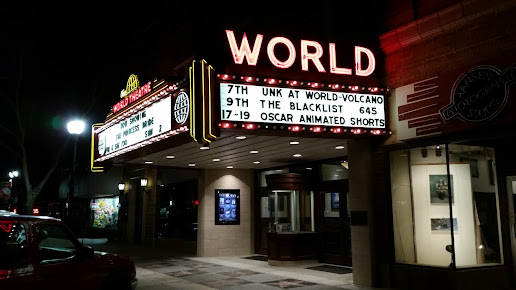 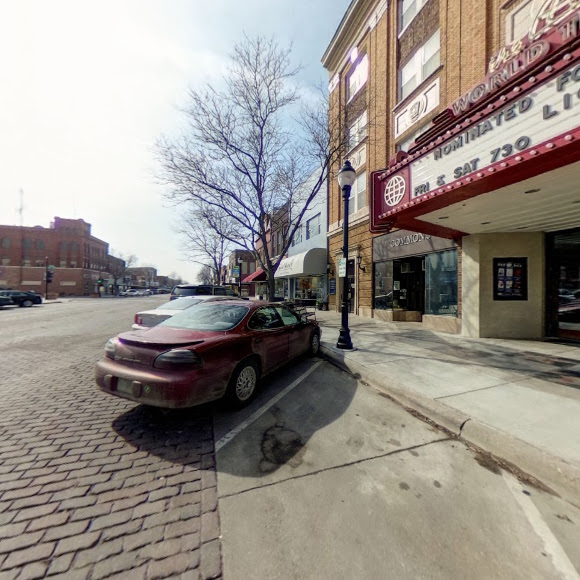 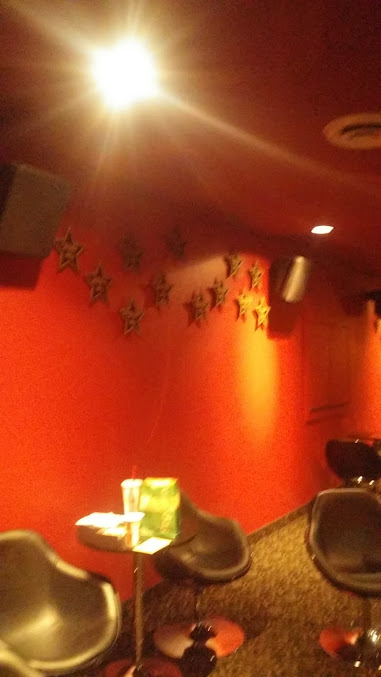 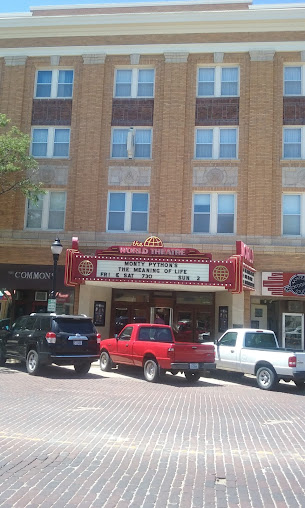 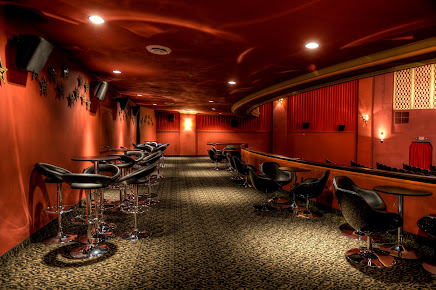 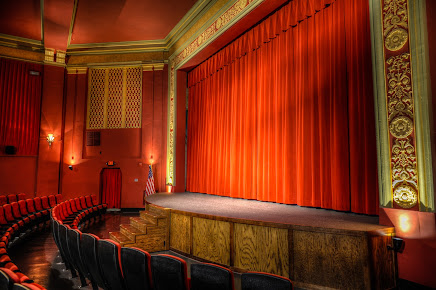 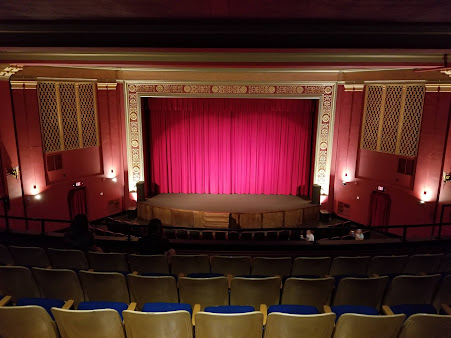 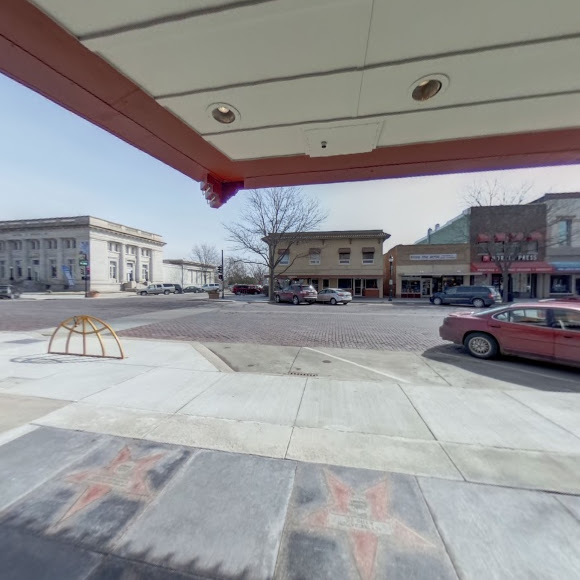 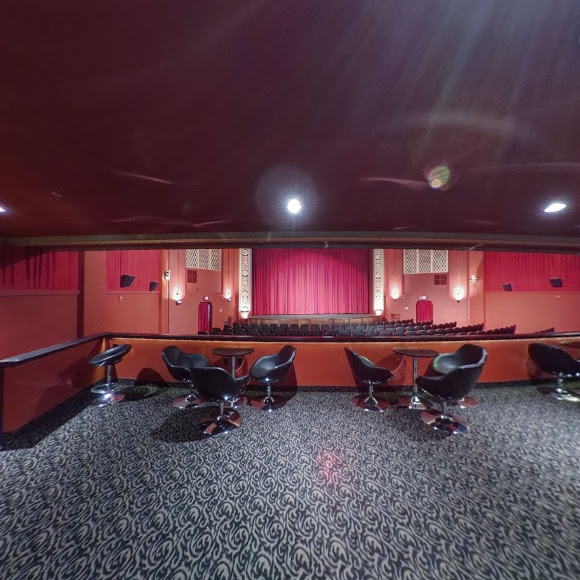 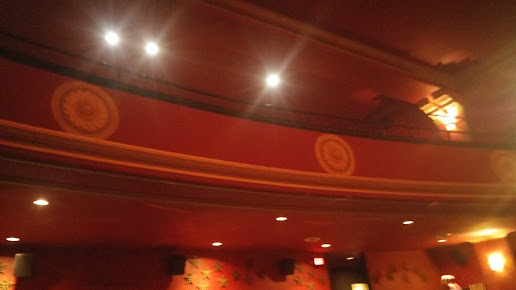 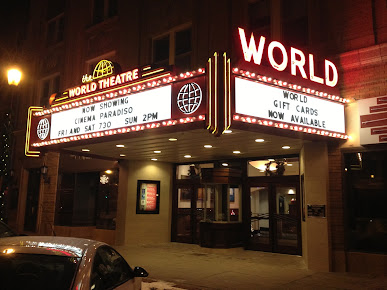 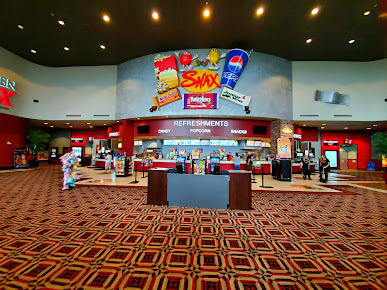 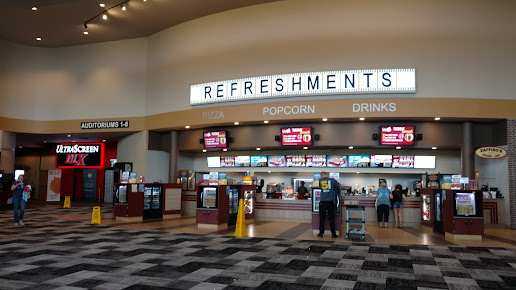 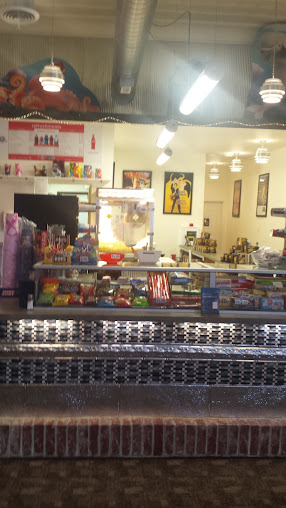 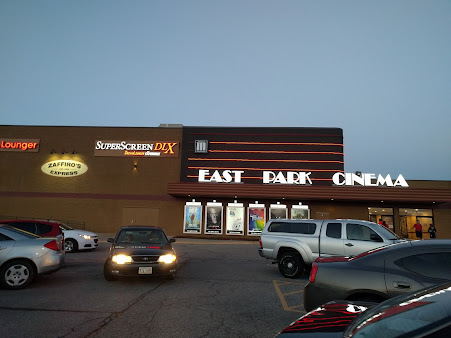