Here you have all the reviews of real people like you who use the services and products of Fox Gold Coast (Movie Theater) in Delaware.

At present this business receives a score of 4.1 stars over 5 and this rating was based on 169 reviews.

You may have noticed that the average of ratings is very positive, and it is based on a high number of reviews, so we can be pretty sure that the assessment is very reliable. If many people have bothered to rate when they've done well, it works.

As you know, we don't usually bother to set opinions when these are correct and we usually do it only if we have had a problem or incidence...

This Movie Theater is included in the category of Movie theater.

Where is Fox Gold Coast?

High n price. Small intimate theater's with heated seats.... But the wheelchair ♿ seats should be a bit more stabilized in position.

Really enjoyed the renovations at the Fox Gold Coast Theatre;High 5

Theatre is a little small and dated but reclining seats are great and the service behind the concession was excellent.

Walked out. Honestly, not sure how they can charge $12 at Gold Coast when they charge the same price down the street at their other location, Sun and Surf, which is renovated with reclining seats. I purchased tickets, popcorn and soda at Gold Coast. My two teenage boys and I walked into the theater and were in shock by how filthy and run down it was. Trash on floor and in cup holders, floors are plain old stained concrete, seats were worn and severely stained. I asked for a refund and went to see the same movie, for the same price a few streets down. I will say the manager was nice and did call the other theater to let them know we purchased the large popcorn and soda and that they should honor refills for us. I actually feel bad for the manager. The company has given her little to work with...even the popcorn was terrible, most likely because there was no one in the theater and it had probably been sitting forever. I hate to give bad reviews but the company needs to step up or charge a lot less there! Honestly, they should close that theater and move to the other side of the city or up route 50 (where they use to have a theater).

It's just a pretty plain and simple movie theater, basically nice, sometimes seemingly bored personal, really nothing too fancy - with, I guess you could say "old fashioned" cinemas. All in all a decent experience.

%old as could be

It's not as good as the theater down the street with recliners. Kinda hard to compete with that.

The only way to watch a movie? In a RECLINER! Very clean theater with nice staff.

Very comfortable seats that recline. Will go back to it if we see another movie while we are here. Also my son loves the seat warmers.

The reserved seating is an awesome aspect of this movie theater. The reclining chairs are great. My only complaint would be for online tickets - we figured we could beat the lines by placing our reservation online, but we actually needed to wait in line, get them printed, and show them in order to get in.

Pricey but nice eat before you go

Quote from my girlfriend "I have been DYING to see Trainspotting 2 for a month and a half! I've been looking for theaters EVERWHERE and I was SO excited that it was playing here while we were gonna be here for my birthday! So we came and I was so excited... and we went to get our tickets and the girl goes "yikes well you don't want my opinion of this movie..." and we were like heh heh. And we were like we can't wait to see it, 2 please. She goes "Fast 8 is good..." and I was like nope we want to see Trainspotting and she goes "

Clean and comfortable. A great place to spend a few rainy hours at OC, MD.

3 of the 11 recliners i our row didn’t recline.

Absolutely love the chairs. However lobby seems to be missing something not sure. Maybe they should of build a balcony for the bar part instead right behind tickets. I mean the have the space.

PLEASE GO SPEND YOUR MONEY SOMEWHERE ELSE. I plan on never going here again.The sound of the movie was sub par, seating was uncomfortable, The theater was dirty, the assistant manager was very rude, and snobby, and gave a poor first impression, that continued to degrade the more time I spent there. The tickets were overpriced for the terrible experience. I must reiterate this, please go somewhere else.

Not a big movie theater fan. This place changed my mind. So glad to experience it. This will be my place to go if I need to go to the movies

Kathy With An E

Clean, friendly and seats were comfy and heated.

Nice quiet theater. In the back, it was hard to see

Totally remodeled, super comfortable recliners and an incredible staff. They actually brought my husband's nachos to him at his seat. Highly recommend@

Rude employees. "What's up"is not a greeting to a customer. Also, speaking with them with a mouth full of food doesn't look good too. Never again!

A bit dirty and smelly. Theatre was okay, picture was good and concessions were good.

Really, desperately could use a remodel. However, despite that, they offer a good service for the area. A movie theatre with what you want to see when you want to see it, who cares how old the theatre is. If you have a choice however, I would go to another theatre.

Heated recliner seats on a very cold night. Was able to watch a different movie that was available here and not at the surf and sun up the street. Highly recommended. My wife can’t watch movies without heated seats anymore.

Now that they've renovationed the theater, it's soooo comfy and relaxing!

Parking was a bit of a pain, but otherwise the hotel itself was nice. Loved our view!

Nice place not over crowded.

Glad they are about to Remodel

Staff was so kind, engaging, and fun! Heated seats were amazing, had to turn off and back on several times because it got so hot though. Even let me mix Icee flavors :)

Nice theater but way overpriced even for OCMD! I would rather rent a Redbox movie!

Better than I expected from a shore town movie theater, but also sort of a relic of the past. Probably the only theater I've seen in the past 10-15 years without stadium seating. Picture and sound were good. Employee at the front seemed real annoyed that I didn't know tickets were sold at the snack bar instead of the box office for some reason.

Love it. The staff was very friendly. The popcorn is hot and fresh. The seats are very comfortable. They recline all the way and even have trays for your goodies. It's amazing. Totally worth the money

They are great don’t miss the opportunity to see a movie in this great clean new theater where you can be relaxed and enjoy everything. The staff are great too . They love their customers ! Dotty Hunter from PA

Fantastic theater. I hope they do special showings like late night double features.

Was in Shopping Center but theater was innovation

Sound and picture fine in this smallish theatre.

It is a bit run down and in need of some TLC. Could use some serious modernization. Overall the screen was good and the picture was quality.

Comfortable chairs, clean and small enough to have good viewing

Web site really sucks. Simply list movies and times is that SO difficult instead of me not ever being able to find out at your theaters what is playing when

A small movie theater with very pleasant staff. It was very clean. I gave 4 stars because the reclining seats were uncomfortable for me (I'm 6'3" and bigger than most, so ymmv). I ended up just sitting unreclined, as it was the least uncomfortable position I could find. I did like the heated seats though, they got very hot, which was nice.

Nice little theatre been around for a long time. Clean cool place for a movie in the summer in oc.

Really small, but clean and got to enjoy a movie.

Place is garb-o. Popcorn is hella gross. They didn't even let me get noided. You should probably invest in Stadium seating. Had a large 20 ft. tall man sit in front of me for the duration of the film, chewed obnoxiously on his chewing tobacco for the latter half of the film. Unimpressed, and disappointed.

Great place to go for a movie and fantastic popcorn

The renovation is great. The reclining seats are comfy. The seat warmers are lovely. The bathrooms were finished well. Will be going back.

Renovation is great, the new recliners are very comfortable

Great location ( next to hotel) with comfy seats and your usual fare of movie food. 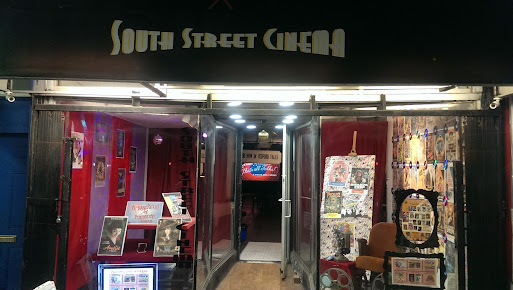 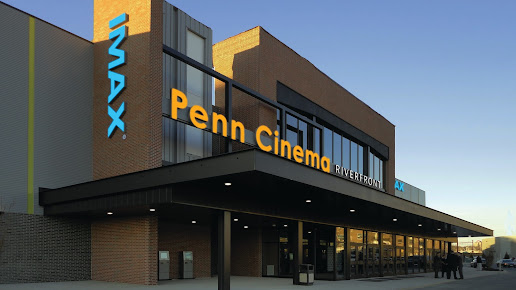 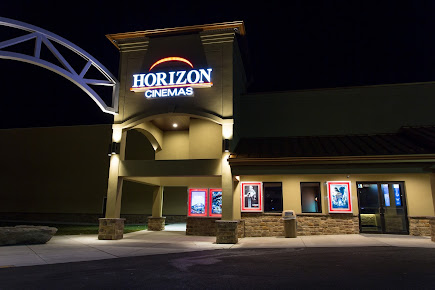 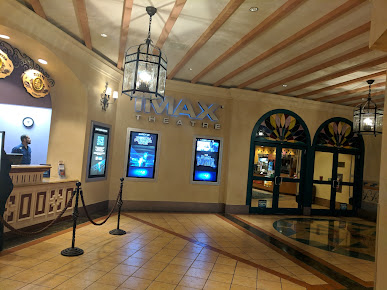 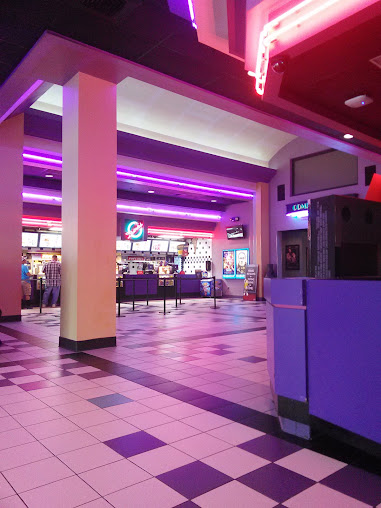