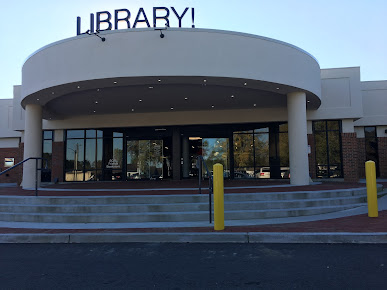 Here you will be able to see the feddbacks of people like you who use the services of South Georgia Regional Library Willis L. Miller Library (Library) near Georgia.

As of day the business gets a score of 4.4 over 5 and that score has been based on 33 reviews.

As you can read, its rating is very positive, and it is founded on a very high number of reviews, so we may say that the valuation is very faithful. If people have bothered to value when they've done well, it works.

You know that we don't usually stop to write evaluations when they are correct and we usually do it only if we've had a problem or incidence...

This Library is classified in the category of Public library.

The new library and location are a vast improvement, looks great and well organized

Very friendly environment !. I love how quiet and how clean it stays. I can always find some assistance in finding the right book or having the library retain a book for me. I also admired their friends of the library department, the books for sale are at amazing prices and comes with a vast variety. This is the best library in South Georgia and the best in Valdosta. Period!. You will not be dissatisfied with their services. Also , the library is organized for the safety of children and also business agendas. Go ahead and check the place out! AMAZING!

I was studying for boards, and I had to make this my study home for 2 months, and what can I say, the experience has been phenomenal. What they lack for a new building, they make up for quality, friendliness and professionalism. These are as friendly of librarians as you can find, you can stay on the computers virtually as long as you want, there are self-serve printers so you don't have to wait and some computers are designated as scanners. Some rooms have activities devoted to them, like chess, or the toastmasters club. And the children room I hear a lot of children have fun. If you play Pokemon Go, its also a Pokestop. Some tables are available, and the wifi is free and you don't need a password. Good selection of books, and there are even some good books you can buy for cheap. Love this library.

While the library is beautiful & offers a lot in the way of books, media, references, & classes, it is by far the NOISIEST library I’ve ever been in. I get that kids don’t necessarily know any better but the lack of library etiquette is nothing short of annoyingly appalling. Given that the building was not initially constructed to be a library could owe to why voices & sounds carry all the way across the facility, but this is not a good ‘quiet place’ like a library should be. Staff is nice but unfortunately tend to contribute to the noise rather than attempt to demonstrate & educate others on why it’s important to be quiet in a library. Please establish & enforce a whispering & quiet policy in this library. Otherwise you may as well rebrand it as a community center or book swap, but NOT a library.

I can go into a room when available and do homework without interruption. Everyone is always nice and welcoming. My toddler loves to go to storytime on Tuesdays!

Best Library In Town. Ive been going to this library for over 10 years, and they also have a book sale every now and then, its worth checking out.

Right down the street from my home a good place to encourage my kids to read.

This library is beautiful and the staff are very nice, but the books I’m always interested in are always missing & it’s very noisy! I come here to study because I’m a student at Wiregrass & don’t have internet at home, but it’s very noisy & I cannot focus when there’s constant talking & a kid screaming. None of the staff ever do anything about it. Just really wish I could get the books I’m interested in & could focus on reading. Would be five stars if so!

I take my son there to check out books.

I've had quite a few visits with no problem, but today I met Winston(may have been a different name), and I've never seen anyone who works in the children's department who hates kids as much as he does. He obviously should be moved. If you have kids, don't go when this guy is working!

I have been a patron at S.G.R.L. off and on for close to a decade. I first came to the system as a six month out of state patron while visiting my daughter’s family, and then became a regular patron when I moved to Valdosta after my husband’s death and my retirement. Before moving to the South, I was a library branch manager for nearly thirty years. The new library is a vast improvement upon the old one. The facilities are superior in so many ways. Overall, the workers provide excellent service to us patrons, are superb at making the library a welcoming place, and are quite skilled at providing assistance. I would like to specifically applaud Allison, Megan, Philip, Linda, and Aliya! Unfortunately, I have encountered an employee who is not so good. She spends most of her day at the reference desk, on a computer looking at news stories, or on her smart phone, which she keeps up at the desk. I have stood there many times waiting to check out books while she is reading the news! She seems too busy to help patrons and will do just about anything to avoid moving from behind her desk, and will only do so when she absolutely has to. Even worse is how she insults patrons. I have heard her refer to patrons with horrible names including “Pyscho”, “Schizo”, and “Wakanda.” She does not seem to be aware that we are able to hear her when she talks up at the desk. At the old library, there was a woman who came in often when I was there on the computers. Over time, I learned that the woman has Tourette’s. That worker regularly insulted that woman after she walked away from the desk. We can hear you!!! One time, that woman heard the awful things that she was saying and started to cry at the computer. She said she was used to people making fun of her for her disability. That worker continues that behavior towards patrons at the new library. Surprisingly I have heard her talk with the branch manager (or who ever the brunette woman is back in the glassed-in office) and use those demeaning nicknames while discussing patrons. That sort of ableist behavior is obviously tolerated. Even more surprisingly, I have seen that branch manager join in on the “game” and make the "Wakanda Forever! "salute when discussing a patron who bears a passing resemblance to Okoye from Black Panther. We can still hear you up at the new desk! There are still some accessibility problems; thankfully not as bad as the old library. I am glad the large print section is no longer in a poorly lit section of the library as it was previously. It might be my eyes getting worse with age, but it seems like the font for the new signs at the end of rows is a bit smaller than it used to be. Having the row labels only at one end is not the best for people with mobility issues. Furthermore, having the accessibility aid devices hidden away back in the genealogy room, makes them nearly impossible for the people who need them to be able to find them. I have also been having issues with books that I have returned not getting checked-in. This has happened three separate times with my own books, and twice with the books of my granddaughter. This never happened at all, at the old library. The books have turned out to be on the shelves, but just not checked-in. I do not like not being able to hand the books directly to an actual human and watching them get checked-in. The employees in general have been helpful during these instances, and have explained that this is a policy that was created by the administrators. I do not like it. The library is good, but there is still room for improvement.

Great selection of books. Took 5 minutes to get a card. Free wifi, computer usage, and renting of books, audio books, and movies

Great staff and great environment for the community!

I love the new library but I must say how disappointed I was today to see an entire family bringing in icees and people loudly talking on their cellphones; multiple librarians and staff walked on by like it was totally fine. Where is the nice and quiet library atmosphere? And it isn’t a cafe! 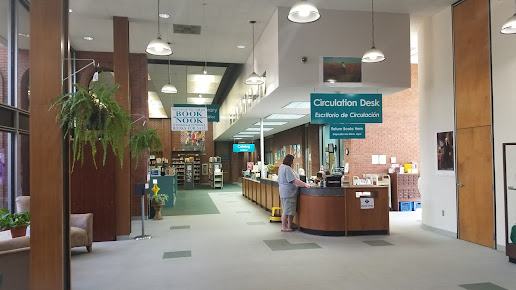 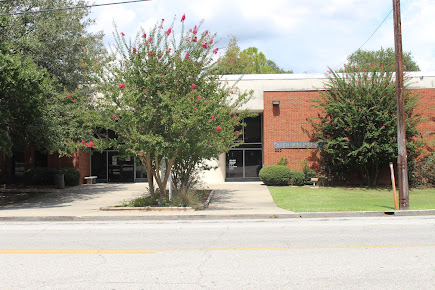 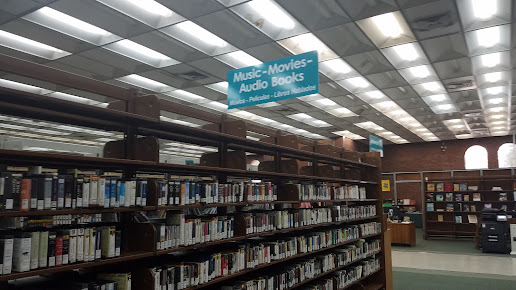 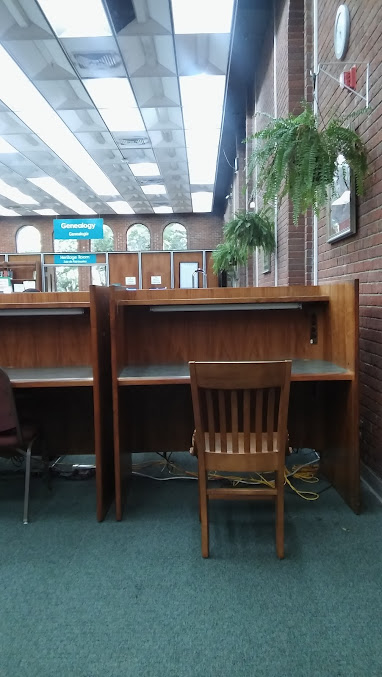 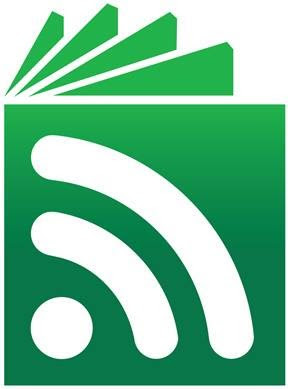 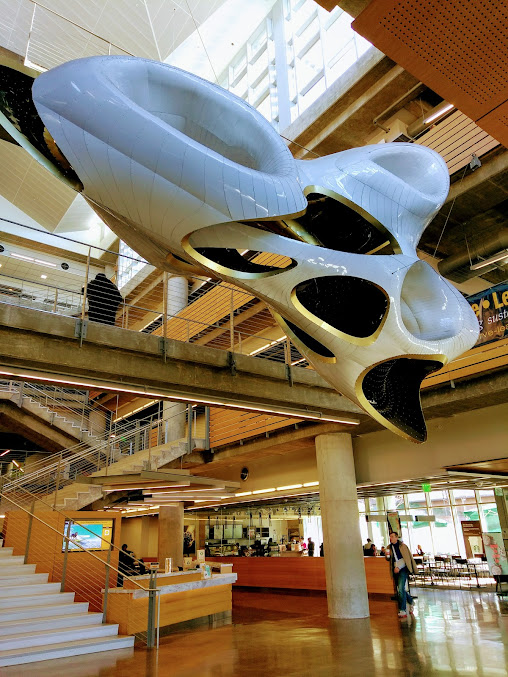