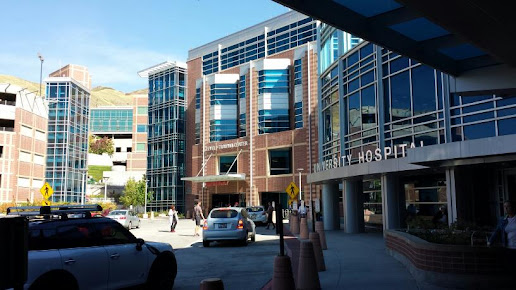 You will see all the feddbacks of people who are buying the products and services of University of Utah Health (Hospital) around Utah area.

As of day the firm has a score of 4.0 stars out of 5 and the rating has been calculated on 48 reviews.

As you can see its rating is good, and it's founded on a high number of scores, so we may conclude that the valuation is very accurate. If there are many people who bothered to rate when they've done well with the business, is that it works.

You know that we don't usually stop to set evaluations when they are correct and we usually do it only if we've had a problem or incidence...

This Hospital is included in the category of University hospital.

Where is University of Utah Health?

REVIEWS OF University of Utah Health IN Utah

I was admitted to U of U Medical Center for Stevens-Johnson Syndrome and immediately received excellent professional medical care. The symptoms began to decrease rapidly and continue to recede on my second day. My progress is such that I should be discharged tomorrow. The nursing staff is exceptionally efficient and congenital. This hospital is most highly recommended.

This is the top 5 star Hospital's in my opinion&from first hand experience&hopefully are going to be able to find a Liver for me sometime soon so they can save my life. THEY ARE THE BEST

No issues with U of U Healthcare. I've been here for my father in law, been here for my grandather. I've had multiple friends who have worked here, and everyone seems to be treated well. The employees are happy, the patients are happy, and visiting the patients doesn't make me depressed to be leaving them there when it's time for me to go. In contrast my own father was in a VA hospital in New York and that was depressing to know that he had to spend over a month in that facility. I'm grateful that the hospitals here in Utah, and specifically, University of Utah Health Care exist. Hopefully I never need to use their services, but if that time ever arises, I won't mind being taken here.

This is the BEST HOSPITAL you get better answers and care here. It is also a teaching hospital. I would come here than any other hospital.

not a safe place.

ER service during ophtalmology emergency was irresponsible, showed inexperience and lack of interest in patient who had been previously diagnosed. The worse specialized doctors with arrogant attitudes no concern for patient information or care. On August 30 I arrived with my father at the ER. We had driven with all the way from Idaho Falls with an official diagnosis from a specialist. The doctor in Idaho Falls had called in advance to inform the hospital of our arrival and urgent need for care and surgery. However, when we arrived, my father, who was losing sight due to a diagnosed retina detachment was subjected to 3 hours of painful tests, incongruent questioning from a series of young and inexperienced medical students and residents. They consistently ignored our pleas to see a specialist and although they kept saying they had paged such specialist, we heard them speaking right outside our room about how there was no hope and my father was blind already. After 3 hours of pleading to see a specialist and of painful useless testing by a group of unprofessional medical students, we finally got to see the retinologist from the Moran Eye Center who had no quals in saying that although a surgery was urgent, his team was on a long holiday weekend and my father would not receive treatment until later that week (3-4 days from then). Given the urgency of his medical condition, we decided to leave and receive medical care elsewhere. Six weeks later we recieved a bill for a ridiculous amount of money for a so called "state-of-the-art" facility and services we did not receive, for the inhumane and irresponsible attention of a group of inexperience medical students, who had no clue what they were doing, put my father and family through significant physical and emotional pain. At one point, when we complained about the lack of response, the ophtalmology resident said it wasn't their fault it was "the fault of a broken healthcare system in America."

Our son spent about three and a half months at the NICU here. The nurses and doctors were nothing but good to us and our little boy. They made us feel at ease, and always kept us up to date on our son's current condition.

Sent my physician a simple medical question through my U-chart, and my question was completely ignored and I was just told about their next available appointments without them even mentioning one detail about my message.

Chilling cold outside and warm inside

No one is safe here. Crooked cops arrest nurse the hospital and city keep it under wraps till body cam footage shows up online. The cop stayed on duty for over a month because police think he did nothing wrong. So the police blood draw policy was changed so now they can draw your blood without a warrant which is against 2016 us supreme court ruling. If the hospital does not help the nurse sue the city and every cop that was standing doing nothing and supervisor LT fired and the cop who illegally arrested and threatened the nurse trying to force her to break the law he needs to be in jail not on paid vacation. NO ONE WILL EVER BE SAFE HERE....

I really do thank the surgeon (Dr. Mahan) who saved my husband from being a quadraphelgic. I gave him 5 stars. But the other staff here didn't really seem to care about my or his questions. I found Dr.Ericson in inpatient rehab to be a bit of a jerk. The nurses in inpatient rehab are hit or miss. Some are great, some can hardly speak English. And speaking of nurses, The University Of Utah has its' own Nurse Ratchet. She goes by the name of Sarah and works in the NCCU. Don't ever poop yourself due to diarrhea after surgery. My husband did that and she shoved a tube up his butt with no warning. She really hurt him. You have been warned.

Billing process is terrible. multiple mistakes made. i had to call several times, I showed up in person . I live out of state. I feel theres a internal comunication breakdown it this hospital. Pediatrics at least. I would never recommend this place.

My husband had a stroke with ongoing issues 2 1/2 years ago...we are regular visitors to ER and the hospital, for medical care, rehab, GJ tube replacement, pneumonia...etc. John always feels "safe" there and I know I can go home and not worry about his care. No one is perfect...but these guys and gals are pretty close. Thank you all, for your care!

Do not for ANY reason go to this hospital or its clinics. while in contact with there collection dept after explaining my difficulties with my insurance company in paying the claim U of U turned me into the office of Attorney General I was in the process of resolving the claim with my insurance company and explained this to there collection dept with calls prior to them turning me into collections. all this took place during and after the death of my mother to which they had absolutely no leniency nor sympathy for my situation even knowing she died at the U. There phone reps are un feeling robots the last one went as far as giving me financial advice. As far as there doctors and staff I would not recommend them either you would be lucky to spend 10 minutes with your doctor in a 2 hour visit. Also they "invent charges out of thin air" as others have stated there all about the money not the care. expect to pay 10-20 dollars for each minute the doctor is in the room above what your insurance pays. just stay away from this place you will be better off.

Do not go to University of Utah! They didn't send my bill correctly. When I called to set up an appointment, the nurse on the phone broke HIPPA regulations with several question's she asked, and the questions she asked were demeaning. I said I was dealing with some depression and I wanted to talk to a doctor and she responded with well, are you suicidal? That is not how you handle someone who's coming for help. It was inappropriate, unprofessional, and frankly none of her business. I spoke with a gentleman later at UofU hospital and he agreed that she should not have asked it. I would never go there again.

If it for the surgeons and the medical staff my mother would not be alive today. She could have never been to a better place to save her life. Our family are forever grateful

When my friend broke is ankle mountain biking around the mountains behind the hospital, I drove him here to get fixed up. Even though we showed up late at night, the facility and staff were all amazing awesome and polite. Sped us on our way through our x-rays. Kept us entertained (or maybe we kept them entertained... A nurse told us we were way too happy to be in the ER). Overall, considering the situation in which we found ourselves, we had a pretty awesome time with an awesome healthcare staff looking after us.

The this hospital! Very caring people!

Outstanding care - you'll be in good hands. The only negative is a desperate need for an efficiency review. Feels like the students are running the hospital. Just ask the doctors. Case in point, the doctor's don't have access to the supply closets for extra gloves, etc. Waited 45 mins for an orderly with a wheelchair. They only had 3 on staff in the middle of the week and in the middle of the day. We finally took an extra one by the nurses station so I could leave. Overall, an awesome experience - just a few hiccups!

The doctors and staff are very caring and concerned for you.

They did an amazing job at the Newborn Intensive Care Unit for my brother.

The cop might have been wrong but the nurse acted like a crazy person in the end, what was all that screaming about? they both over-acted.

Good place to get ur health checked if needed.

Best hospital for hundreds of miles.. 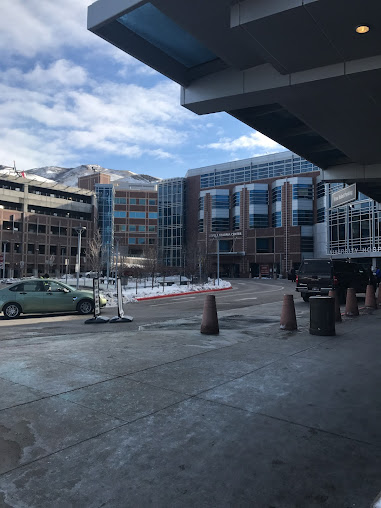 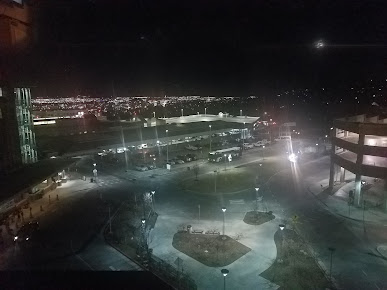 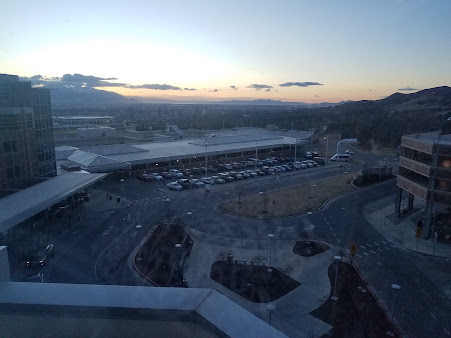 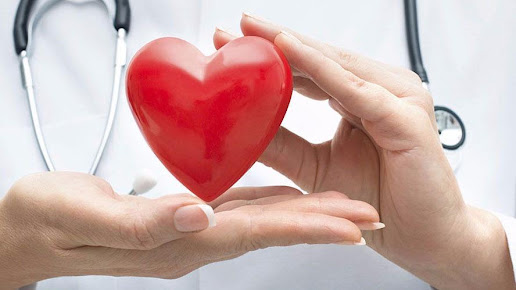 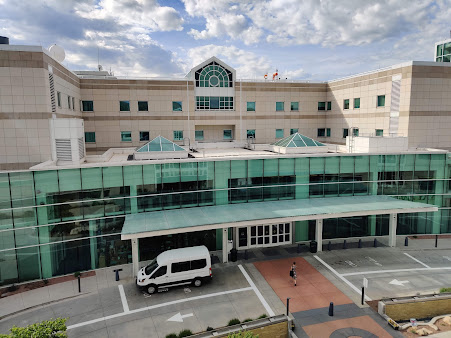