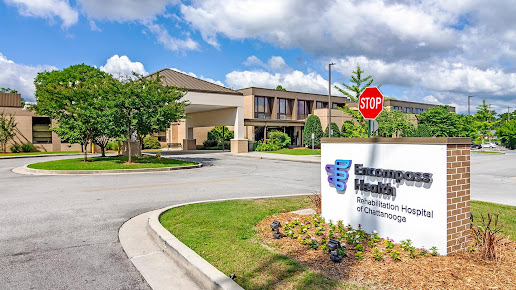 We've got all the information of people who purchased the products and services of Encompass Health Rehabilitation Hospital of Chattanooga (Hospital) in Tennessee.

At the moment this business has a rating of 4.1 stars over 5 and that score is based on 21 reviews.

As you can see it has an average rating is high, and it's based on a very large number of opinions, so we may say that the valuation is very credible. If there are many people who bothered to leave their score when they are pleased with the business, is that it works.

As you know, we don't usually bother to set reviews when these are positive and we usually do it only if we've had a problem or incidence...

Where is Encompass Health Rehabilitation Hospital of Chattanooga?

REVIEWS OF Encompass Health Rehabilitation Hospital of Chattanooga IN Tennessee

My husband was there for occupational and physical therapy following a traumatic brain injury. The staff were attentive kind and very professional. He’s been in many hospitals over the years and had less ts of physical therapy, and Health South Chattanooga fulfilled all his needs and made his therapy a joyful experience. They took care of me, too. Since we lost ve the ver 2 h s away, they arranged a bed for me in his room, and I was able to get meals at their facility: very tasty and convenient. I highly recommend Health South Chattanooga.

Our dad had open heart surgery and after leaving the hospital came to HealthSouth and the care was excellent! The staff are extremely caring and we could not have been more happy with the care our dad received from everyone at HealthSouth. Thank you!

With my mother after having a brain aneurysm, they were rude and uncaring. Worst bedside manner I've ever seen from healthcare professionals. And I wouldn't call them professionals by any stretch of the word.

Nobody here takes responsibility, 1 nurse for 6 patients care for my dad was the absolute worst! Is Dr Davis really a doctor? Spent less thsn two minutes they said my dad was fit to be released, they never did a ct as promised. My dad is in surgery now.

I initially arrived at HealthSouth November 11, 2016 in very bad shape due to unexplained complications from spinal fusion surgery. I had spent the previous 2 months in ICU in a hospital and HealthSouth was highly recommended to my family as they were alleged to be capable of handling a difficult case such as mine. I had a trach, unable to walk, very weak, unable to swallow which required a feeding tube, and barely able to write. Ten years prior, I had gastric bypass which prohibited blood thinners and NSAIDS. This was noted on my chart. For reasons best known to them, they gave me blood thinners and NSAIDS. My wife was there daily and asked them on November 15 what it was that they were about to give me and the nurse told her NSAIDS and blood thinners. My wife instantly jumped into action and told the nurse she was not to do that and explained why. The nurse shrugged and said she would have to talk to the medical director and she did just that. It was obvious he didn't like to be questioned but she is not one to be ignored or intimidated. Four days after admission I gestured to the nurse that I felt nauseated but was ignored. My wife had to go home that night. She had not been home an hour before the nurse called to tell her I was vomiting copious amounts of blood and was being sent to Erlanger where I stayed for 8 days in ICU. On the 23rd I was returned to HealthSouth. I never felt safe on the nights my wife did not stay the night but never told her because this was also taking its toll on her. When she was there, any time I rang for a nurse, they came promptly and were attentive. When I was alone, they would ignore my call. The nurses were not properly trained how to measure residuals in my feeding tube I hated this place especially at night. Once the nurse came to check my feeding tube and accidentally left it open which drenched the bed and myself with formula. When I rang for the nurse and finally got her to understand what was happening, she sent this sweet assistant (I wish I could remember her name, but she was one of 3 kindest staff I encountered. She had tats. She gave me a complete bath and changed my gown and sheet. Being unable to speak I mouthed "thank you so much." November 28, I once again complained of not feeling good and was rushed back to Erlanger with actively bleeding ulcers. I returned on December 9. Due to their indifference about my tube feeding, I had shrunk to 130 lbs. Being a 6'1" man makes that a terrible sight! My wife had enough and demanded I be sent back to the original hospital as they never had an issue with tube feedings. In summary, I always felt as if the nursing staff walked around in fear of the medical director. Knowing I was non-verbal, they would keep their backs to me as much as possible because when I needed something with them in the room, I would wave my hands. The young lady with tats and the young lady who worked days who would talk to (not at) me were angels. She was an assistant but was going back to nursing school. And I would be remiss if I didn't mention the therapist Alan. He tried his best to work with me even though I was very weak. I truly believe if my wife had not been by my side and had been the type who didn't do her own homework, I would be dead. I pass by that place now and just thank God He took care of me in spite of the unacceptable nursing care. If you must go to this place, by all means, take an educated person with you.

Great service so for here.

My dad was in his facility for a bit. And this place is so amazing. They are such a wonderful facility. Very helpful and great staff. The nurses are angels

In as a vegetable, out in good shape

Dear Spirit of God, Only you can shine the light on people that are truly amazing. THE ENTIRE STAFF OF HEALTH SOUTH ARE TRULY AMAZING. But the ones that are listed on this compliment went above and beyond to help my mother: Jennifer P. Bea C. Jenny P. Tiffany T. Timothy H. Tameeka C. Katie A. Whitney F. Michelle M. Michelle C. Teresa M. Novella W. Anne E. Amber C. Andrea V. Lori M. Matlyn K. Wayne D. Lonnie M. Cherly N. Tommie S. Sandra C. Bill M. Cindy C. Susan B. Leslie Ella Terry Reggie Kirk Lula Dr. Davis Laura Jessica April T. Monica Scott R. The enire physical therapy staff deserve much honor and praise as well. Really the entire staff deserve much honor and praise but I only know the names of those who worked hands on with my mother. Oh and if you want a place to eat lunch, Health South have the best cooks ever. God gave my mother a miracle at Health South. Peace and Amen

All the nurses are super nice. The physical and occupational therapist are amazing. They really helped me get back on my on feet again. They worked with insurance to help me get the most out of my stay. They even helped me schedule doctor's visits while I was there and provided transportation. Also they have some of the best hospital food ever.

They took good care of my father after his stroke. All the doctors, tharapists, nurses and CNAs were great

Wonderful caring people - loved them all but Connie Westberry - so patient and helpful gives extraordinary service!

My husband was a patient there for a week after a motorcycle accident, I have nothing but good things to say about this place the nurses the drs the cnas were very attentive very caring always went the extra mile for patient and family care I hope God blesses this place richly for all they do!!! 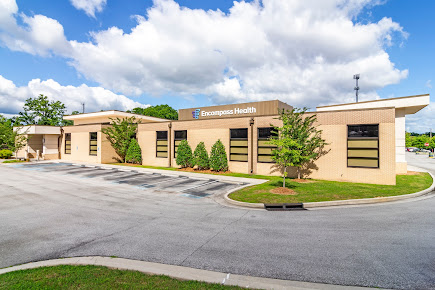 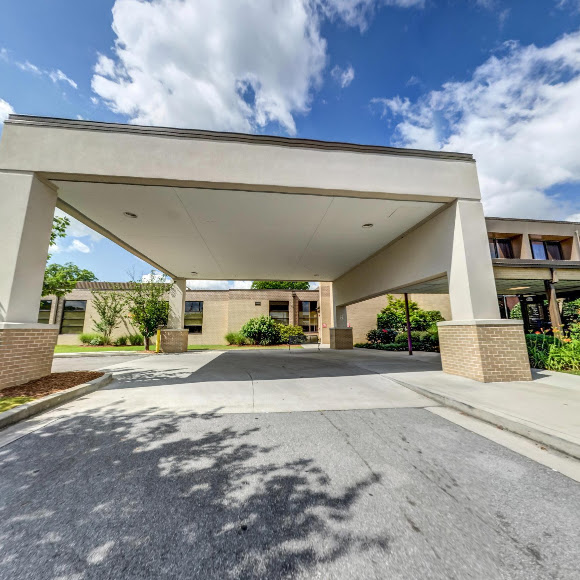 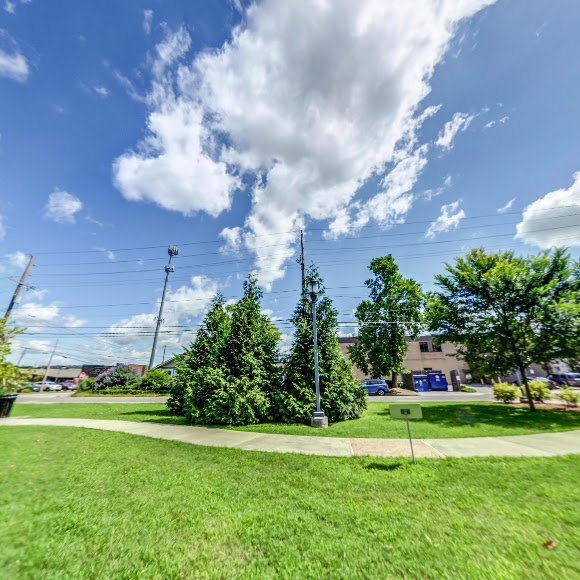 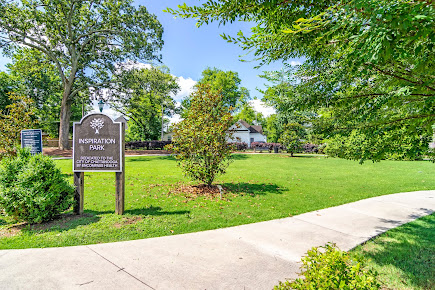 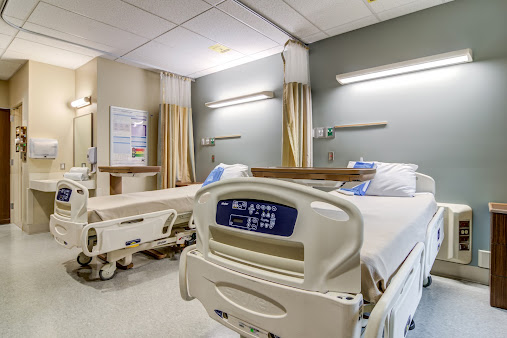 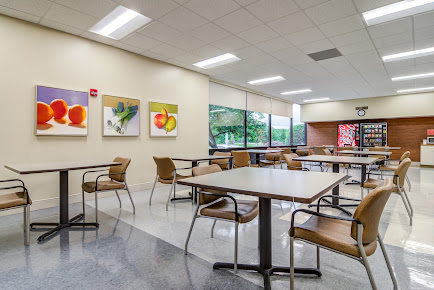 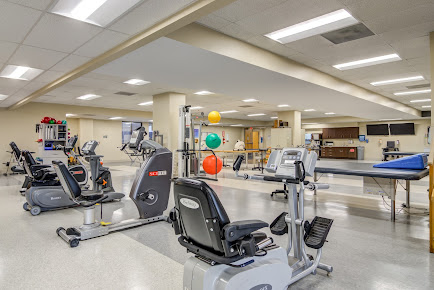 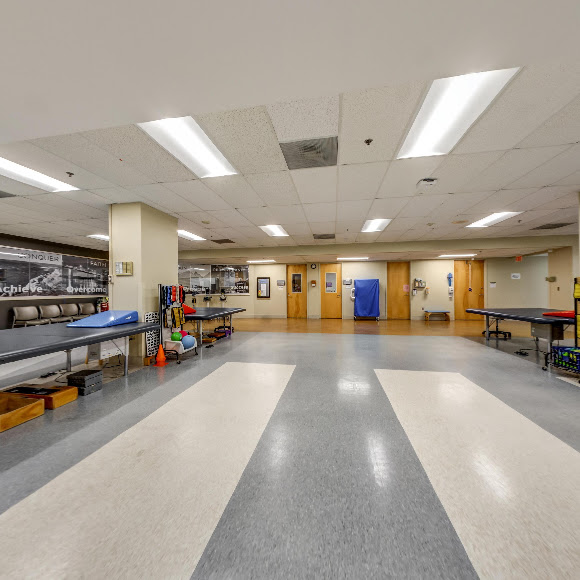 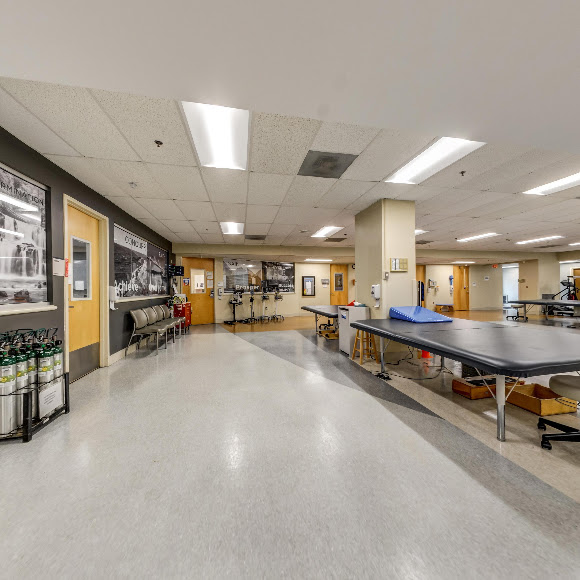 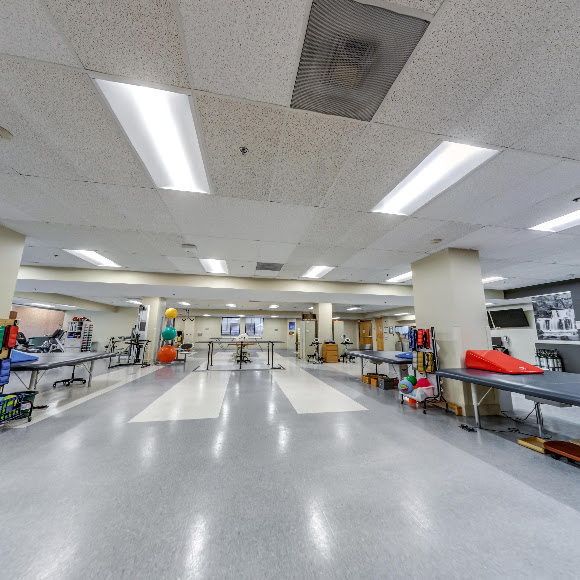 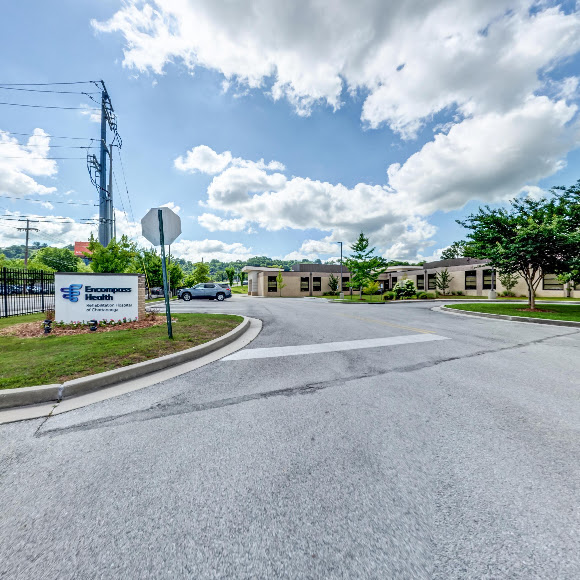 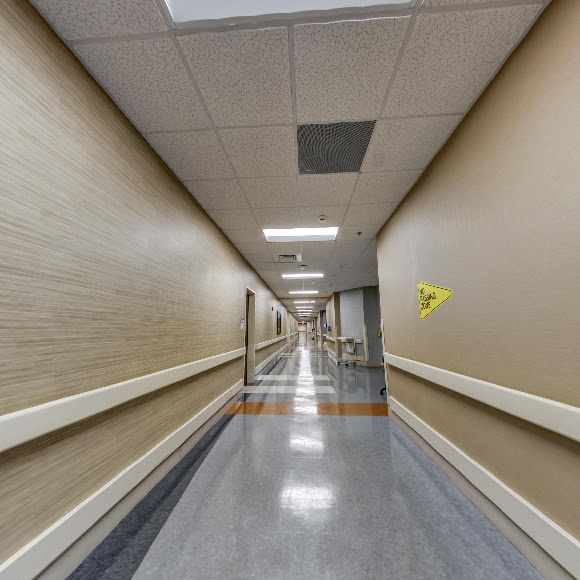 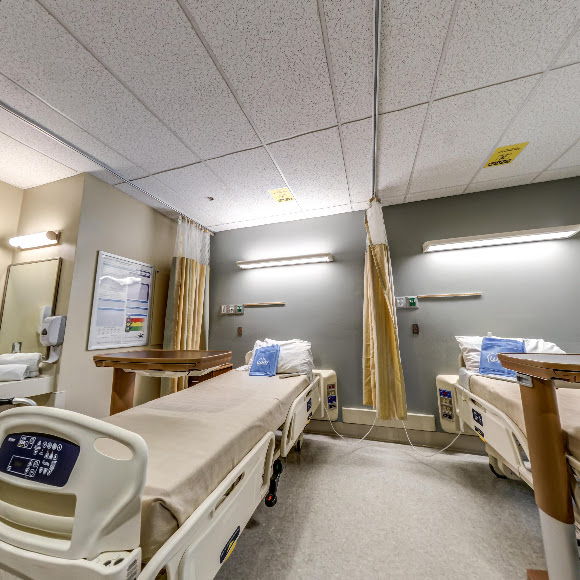 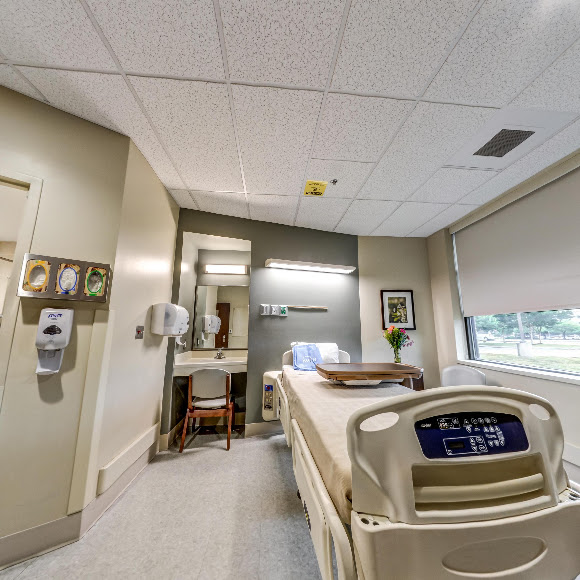 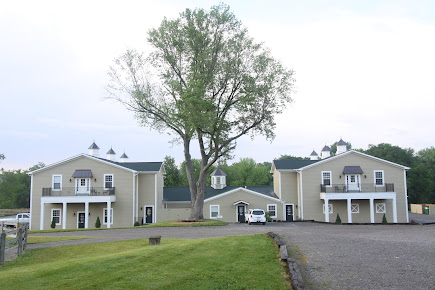 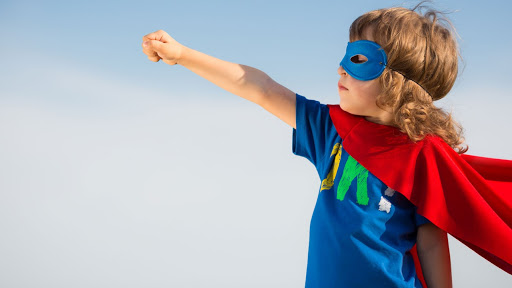 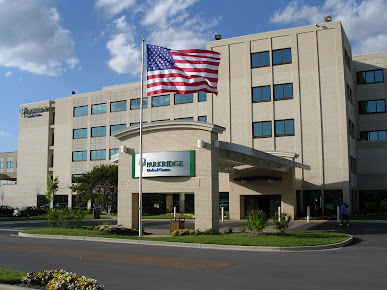 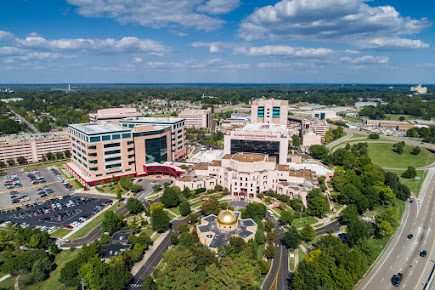