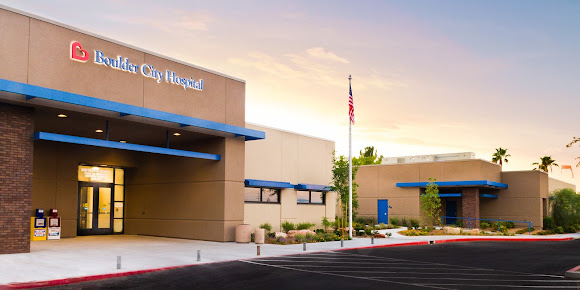 Right now this business has a rating of 3.5 stars over 5 and this rating has been calculated on 24 reviews.

As you can read, it has an average rating is high, and it is based on a very high number of scores, so we can conclude that the valuation is very credible. If many people have bothered to leave their review when they've done well, is that it works.

As you know, we do not usually stop to set scores when they are good and we usually do it only if we've had a problem or incidence...

Where is Boulder City Hospital?

This review is about the ER. On this last new years eve our little one year old slipped on the bathroom rug and hit his head on the tub pretty hard and got a good sized cut. As first time parents it was pretty scary and stressful to have a baby screaming with an open wound and blood coming out. My parents took us to the hospital and needless to say my wife was feeling pretty bad about our little guy. We went to the ER and my wife spoke to the nurse at the reception desk. Instead of getting our insurance info and all that as soon as possible the nurse, an older and unfriendly woman, put on her life coach shoes and asked questions like what was our kid doing up so late and why didn't my wife love her baby. A baby learning to walk can slip and hit their head on anything anytime of day. She said much more than that and by the time my wife and child went back to be seen by the doctors she felt horrible. That nurse should have done her job instead of prying into our lives making a bad situation worse. The doctors were very friendly and helpful though and were grateful for their help, but because of the emotional abuse my wife went through at the ER desk we won't go back to this hospital. We recently had to go to the Mesquite Hospital for a similar accident and because of our positive experience there I thought I'd write this review about our contrasting experience at the BC hospital. The nurses at the Mesquite hospital were very friendly and understanding, not judgmental. It's nice to have a hospital that doesn't assume you're terrible parents.

Had to have 9 stitched on my knee after a hike. The doctor did a beautiful Job! All staff was very professional and kind. The line in the ER was 2 people. It took me 35 min total in and out. I will always use them.

For my vacation, I went to see my friend who lives in Las Vegas this past August. On August 26, 2018 I visited this hospital's emergency room late at night for a minor but painful finger infection on my right hand. We were returning from a Lake Mead dinner trip and I thought it would be faster, and even less expensive, to be seen at Bounder City Hospital than one in Las Vegas. This was such a mistake! I spent about 37 minutes in the emergency room where everyone was very nice and polite. I have no complaints about the staff or the doctor. This is why I gave them a 2 star rating and not a 1 star. After the doctor spent about 5 minutes simply looking at my finger she told me to continue to soak it, no need to open it up (at the time there was no fluid build up) and that she would write an antibiotic prescription. So far everything was great. When it was time to check out, I asked how much it would be. I assumed it would be no more than $500. They charged me $1121.00!!!!!!! I COULD NOT BELIEVE IT!!!! I was not the only one looking surprised but I will not mention who else because he/she is staff. Did I mention that I am uninsured? I do belong to a program that reimburses a portion of the fee but from them I will only receive $50.00. When I told my friends in the waiting area they immediately felt I was "ripped off." Upon my return home I had to go to an Urgent Care in Orlando. While there I was asked about previous treatment and so I told some of the medical staff about my bill from Boulder City Hospital. I wanted to get opinions of professionals. Everyone looked at me like I was crazy in disbelief of the outrageous amount. Everyone I have spoken to (medical and lay) agrees that the amount is insane for the injury, time and care I received. The Urgent Care doctor had to lance/cut my finger to drain it and only charged me $82.00!!!!!! Everyone knows Urgent Cares are high but after hearing my story and seeing my paperwork from Boulder City he had mercy on me thank God. I've called the billing department and was told it would be reviewed (this was a very nice lady I spoke to). I had to call back and so I asked for an itemization of my charges (this was a very crass lady) but to date have not gotten anything. Perhaps it's on the way since it's only been 9 days??? I am writing the CEO and the CFO about this ridiculous charge and will make a formal complaint with the Nevada State Board of Medical Examiners if they are not willing to reduce this charge. If you are visiting Las Vegas or Boulder City do not go to their hospital unless money is no issue or it is a dire emergency. One would do better just going to a Vegas or Clark County hospital and waiting one's turn; you will probably pay less money. Update, it's 9/18/18 I still haven't received an itemized bill.

DO NOT go here- especially if you do not have insurance. I spent less than an hour at the facility and never even left the triage room. $1,500 bill from Boulder City Hospital and another $1,211 from their emergency physician. I was offered 15% off if I paid immediately (which was better than nothing) BUT the bill was so significant for the short period of time that I was there. I really had no other options so I had to pay them - but they're total crooks to charge that amount of money for such minimal services.

(Reviewer's Update : 7/1/19 ) Nancy (The one employee who was RUDE in the prior 2 visits) was RUDE again! Nancy(the R/N() joined in on the RUDE activities, basically telling Me that it was My FAULT & Nancy was :Mother Teresa" (!!!!!!) Dr.Rollins (Having been nice in the prior Review) was now SARCASTIC , forcing Me off the bed as if I had NO PAIN Also having a Sarcastic Approach ! I was told by Karen that the "Google Reviews " "were not important "(!!!!) They made My Stress & anxiety worse (Plus, both Karen & Nancy thought that Me being wounded in the October 1st "Route 91 Festival Massacre" was NOT IMPORTANT(!!!!!!!!!!!) The Review has accordingly adjusted to 1 STAR !!!!

A few years back I was hit in the head with a boat. I went to BC hospital and the guy that took me to the MRI machine tried to rape me.

If I could give no stars I would to the "non profit foundation" long term care facility, nursing home located within Boulder City Hospital. With my experience at the nursing home I felt patients were given too many unneeded psychiatric drugs without correct patient nor family consent. In my opinion the director of nursing for the long term care portion of the hospital working with the psychiatric doctor and admin seemed more in favor of dishonesty and lack of care of patients with the use of these drugs that many times were unneeded nor requested.

I was at the ER last night in severe pain.Joann my nurse was awesome and got the IV in without hurting me.Dr came right in and started checking me.My pain was managed and I was diagnosed with diverticulitis. I am so grateful for everything they did.

I spent some time in the ER today for a kidney stone. What a fine group of people! Thank you so much for truly being there when I needed you.

The people here were great and took care of my sister when she had a seizure after a Hoover dam tour. Very impressive group of friendly folks.

Being charged 2 k for a 10 min visit. Saw one person and now have 2 debt collectors after me

Very impressive hospital I went in to the emergency room for a hurt foot and I was seen before I even Sat down!!!

Is this the same hospital that has bees around since 1965. Just curious becuase if it is i was born there 53 years ago this month. Never been there since then. Was looking on google maps and saw it and was just wondering if this is where it was.

PT Department is very good! I have had nothing but good results. 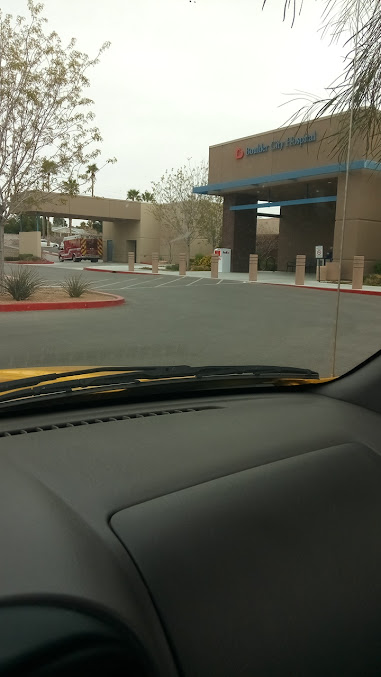 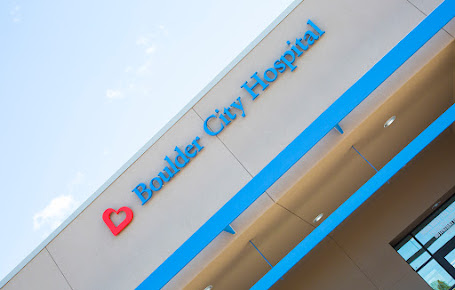 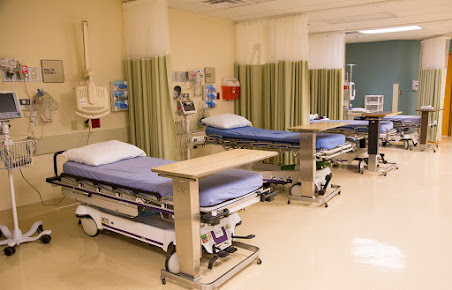 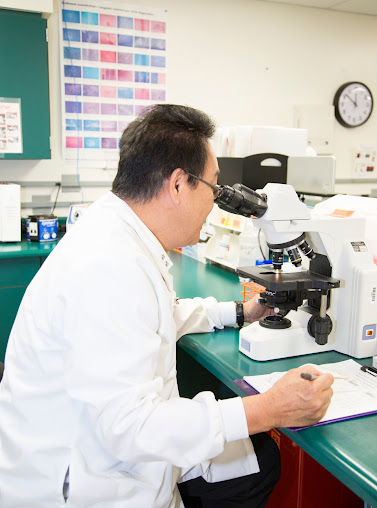 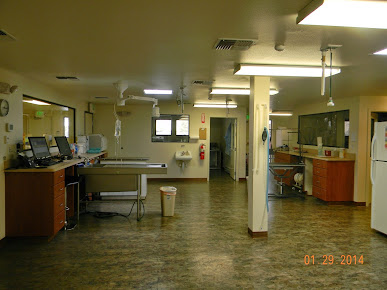 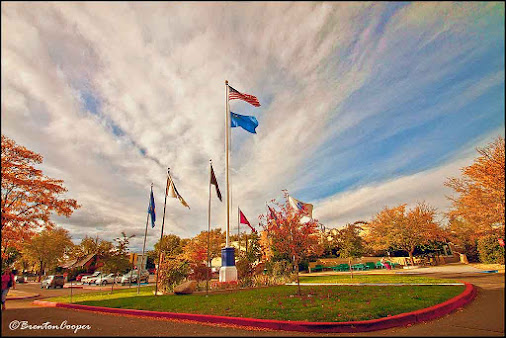 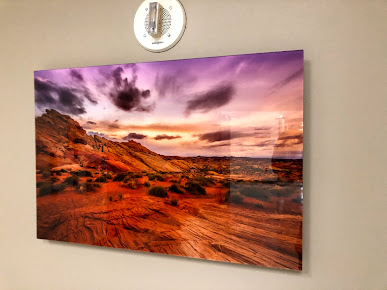