You have all the feddbacks of real people like you who are purchasing the products and services of Bryan Lgh West (Hospital) around Nebraska area.

At the present the business receives a score of 2.8 out of 5 and that rating was based on 18 reviews.

As you can see the average score it has is average, and it's founded on a very high number of reviews, so we may say that the rating is quite reliable. If there are many people who bothered to give their opinion when they are happy with the business, it works.

As you know, we don't usually stop to give scores when these are correct and we usually do it only if we have had a problem or incidence...

Where is Bryan Lgh West?

Went there to have gallbladder removed. I had EXCELLENT CARE!!! They all did a great job!! Thank you for taking good care of me!!!

I had my 5th back surgery on June 17 2019. My Doctor Andrew Livingston is a wonderful doctor and person super bedside manners & takes great pride in being a doctor & friend. Thank You ! I would also love to Thank everyone of the nurses that took great care of me as I spent 4 days in Bryan Lgh West. Thank You to all the great staff in surgery. You all are a super team. Thank You to the house keeping staff for a very clean room. You all were very pleasant! Thank You to Bryan Lgh West for having a superb team of employees!! Everyone always took the time to make sure my wife Jan was informed & to make sure she was ok. My family members needs were taken care of to. I also appreciated the minister stopping by to see how I was doing & gave a wonderful prayer! I feel better now than I have in a very long time! I'm moving better every day. You all made my life a lot more enjoyable!! Sincerely , Anthony J Ehrett

Was in a horrible car wreck on 2/28/18 I am VERY grateful to have been helicoptered to Bryan West hospital in Lincoln Nebraska. Dr Samani orthopedic trauma surgeon SAVED MY LEGS from amputation !

My mom was in the mental health center where they have left her waiting for over an hour in an interview room. If it wasn't for my sister and I being here, she is pretty much completely unattended in the MHC Interview room. For a hospital, this is so upsetting to me. Little to no check in or service. I also find it appalling considering all my mom has asked them for is a place to sleep as she had little to none the night before .

What an awful experience. My mom was there for pneumonia and she has dementia, they acted like she was a burden. The nurses spoke to her with irritated and condescending tones. When we had to hunt them down to ask questions they acted like we were bothering them, and wouldn’t even look up from their computers to answer our questions. I think the most common answer was “I don’t know, ask the Dr.”. I will NEVER let any family member go there! Stay away from this place!

My son was in a bad car accident in Omaha and I took him here days later in pain. We got right in. The staff was professional and caring. He’s not the easiest patient and it’s understandable. Yet they all remained unruffled, focused, and friendly from the reception desk to the nurses and including the doctor. Makes you wonder why some people get great treatment and others do not.

I have been to bryan/lgh many times over mostly for physical problems and each time that I was sick it affected my speech. They automatically believe I am mentally retarted even though this is not the case at all. An ER doctor should practice their medicine not practice being a psychiatrist. I would not reccomend anybody to go to this ER.

I wouldn’t even give this place any stars. My daughter went to ER because she wanted to hurt herself. She was put in some random room for close to 2 hours. Some nurse finally found her and checked her in. Once we got into the psych ward, it was another couple of hours. They ended up sending her home with the Suicide hotline number. I was scared for her to go home. No medication was given and there was no evaluation from an actual doctor. She is now slapped with a very large bill for absolutely nothing. Of course, the longer they have you in the ER the bigger the bill! I feel that they did that on purpose. It wasn’t busy whatsoever. I would not recommend this place to anyone.

What a terrible place and people to deal with. I went in to the ER almost 2 months ago and really the people were perfectly nice to deal with. I had flu symptoms and had spiked a really bad fever. I had already been to my doctor but wasn't feeling better and got really scared with all the people that had died from the flu. They took me right in and did a couple tests and told me nothing was wrong and sent me home. I was in there for less than 40 minutes. A couple weeks later I receive a bill for $1700!! That included almost $900 for a room with a chair. I contacted their billing department, who are completely useless. They couldn't even tell me what I was charged for. Talked to a nurse who's job is apparently to verify that the price on her computer matches what I was charged for the services. Aren't you using a computer to generate this bill lady!!!!! Waited over 2 weeks for an administrator to call me. Finally, I theatened to start calling their hospital if someone didn't call me. When someone did he was incredibly rude and tried to get me to pay them what we agreed on the phone without them sending me any documentation. This isn't my first rodeo dude! Now I can't get them to talk with me again. Lots of things I'm not even including here. Found out I should have been offered a 55% discount that day and all this headache wouldn't have even taken place. Still haven't resolved this. Still waiting for someone at this place to grow a brain so I can pay them what they deserve. If you're reading this I'll send you $750 as soon as I see it in writing. That's still a ridiculous price considering what you did and it doesn't even include the $600 doctor bill I have.

YOU WONDER WHY SCHOOL SHOOTINGS HAPPEN? IT'S BECAUSE OF PLACES LIKE THIS!!! If I could give this place 0 stars I would. I took my mildly autistic teenage son to Bryan West ER twice in December 2017 for strange behavior, suicidal threats, and homicidal ideations. The first time, the ER discharged him within a couple of hours. The second time, on December 18th, 2017 he told his brother that he was having hallucinations or "daydreams" about waiting until we were asleep, taking a knife and slicing our throats open, waiting until we bled out...onto the bed....onto the floor, eviscerating my wife, lighting our home on fire to cover up the evidence, and jumping out of a 2 story window to run away. THIS CONVERSATION WAS AUDIO RECORDED. The ER staff at Bryan West refused to listen to it, and DID NOT WANT TO ADMIT HIM! I argued for over 5 hours with them (the ER doctor tried to charge us OVERTIME), and they finally gave up and admitted him into CAPS where he stayed until 12-27-2017. CAPS (child psych services) AT BRYAN WEST IS LIKE A DAYCARE. THEY PRESCRIBED NO MEDS (other than what he came with), THEY MADE NO DIAGNOSIS, THEY FIXED NO PROBLEMS. When they called and said he was being released, I asked them "IS THIS CHILD A DANGER TO HIMSELF OR TO OTHERS?" over a dozen times. They refused to answer the question, and called the police to arrest us because we didn't want to pick him up until we had an answer to that question. We had to get the County Attorney's office and juvenile court system involved. They judge ordered him into an Inpatient Residential Psychiatric Treatment Facility at Immanuel Hospital in Omaha because they thought he was UNSTABLE. He was there from 1/8/2018 until 8/6/2018 undergoing intensive evaluation and treatment for depression, anxiety, self harming behaviors, homicidal ideations, delusional thought processes, inability to distinguish reality from non-reality. In other words, MY SON HAS A DANGEROUS KIND OF SCHIZOPHRENIA and Bryan West completely missed it! They discharged a potentially dangerous person into the public where he could have hurt himself or someone else. Additionally, they LIED AND COVERED UP THE TRUTH when I filed official complaints with the agencies that oversee them, and with the media. They blew off every complaint I made. AVOID THIS PLACE AT ALL COSTS! BRYAN WEST IS DANGEROUSLY INADEQUATE WHEN IT COMES TO TREATING PEOPLE IN TRUE MENTAL HEALTH CRISIS!

The doctors and nurses at Bryan West saved my son's life when he was hit by a car. I have nothing but high praise for the compassionate care he received. 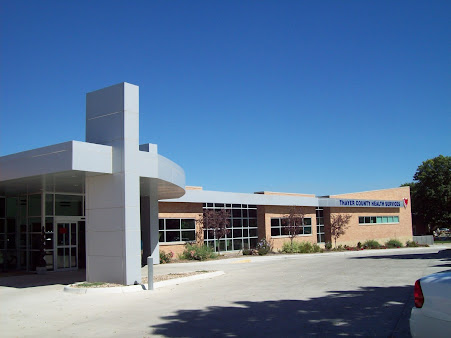 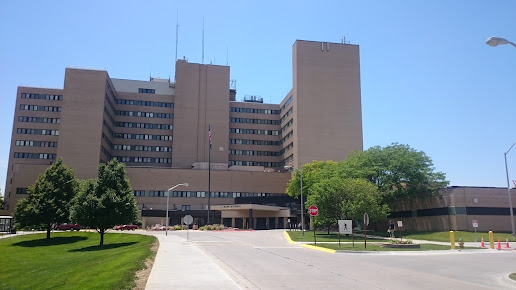