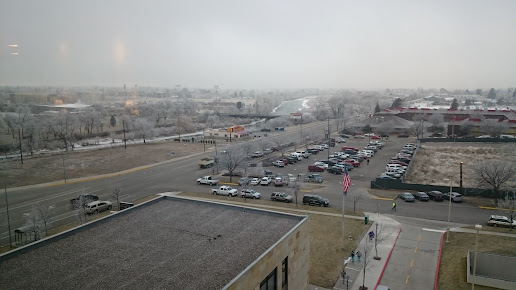 You have the information of people like you who are using the services and products of St Patrick Hospital and Health Sciences Center (Hospital) in Montana.

At the present the firm receives a rating of 3.0 stars over 5 and that rating has been based on 35 reviews.

You may have noticed that its rating is discreet, and it is based on a very large number of reviews, so we can conclude that the score is quite faithful. If many people have bothered to give their review when they are pleased, it works.

You know that we do not usually bother to set reviews when these are good and we usually do it only if we have had a problem or incidence...

This Hospital corresponds to the category of General hospital.

Where is St Patrick Hospital and Health Sciences Center?

The doctor I eventually saw was terrific but the administration is in complete disarray. It took five phone calls Leaving messages before anybody called me back to make an appointment (this was over a period of four days ). Then when I registered at the hospital as a new patient they put my birthdate in wrong. I have talk to four people about correcting it. It has never been corrected and now the person that’s going to correct it is out of the office for over a week. Hopefully that will happen when she gets back.

I attempted suicide and was taken here and all they did was hook me up to an IV and then ignored me until I had to see a mental health specialist who was very unprofessional and was using curse words when talking to me. She didn't even really say much. She just sat in a chair and stared at me for a couple hours.

They are totally unhelpful and do not have good customer service at all. My mother just had a surgery here and they didn't tell her half of the things she needed to know post-surgery. It is absolutely disgusting how they've treated her through is entire process.

Both my husband and I had to be seen by ER. They took my husband in immediately and had a cat scan, blood test and diagnosis within an hour. I was so relieved to hear the results. That was the fastest diagnosis ever. The Doctors and nurses were wonderful. The Hospital was spotless. Thank you for such wonderful care.

stay away...the worst hospital I've ever encountered. they are excellent at rudeness and not treating you...they should be defunded and shut down

I was up where they take they burn patients and the lady’s there were awesome the treated me like I was family and did above and beyond there job description and should be recognized for that . Thank you to the lady’s that work with the rooms in the 500’s you rock

went in for mammo biopsy. The doctor and nurses were so awesome. totally made me feel comfortable and very attentive. I was so impressed with everything. They even sent a card afterwards! who does that anymore!!! I will continue to go there for my annual checkups

The staff were very helpful in dealing with my mother's medical condition. From the janitors to the Drs all gave her a special feeling of caring. The Emergency staff, ICU, and the personnel on the 4th floor all were respectful and compassionate through her stay. I would proudly say a Thank you to the Nurses and CNA's of the 4th floor in professional noteworthy performance of their duties.

My brother was life flighted here from Lincoln, MT after having series of serious symptoms. The EMTs on site thought he could possibly be having a heart attack. Once at the hospital they found out that it was less serious and attended to his medical needs. Around 7:30 a.m the next morning (only four and a half hours after being admitted) the doctor had came in to tell my brother that my parents were there to pick him up (which they were not). Once they were able to get my brother to leave his room they sent him down to the receptionist. She did not give my brother the numbers that we had given the staff the night before. My brother had no cell phone and my parent's phones were not working, we were in Lincoln for a family reunion and none of our family had cell service. Realizing that the doctor had lied to him about our parent's being there and the fact that he had no way to get ahold of anyone he asked to go back and speak to the doctor. The receptionist told him that because he left his room that he now was checked out and needed to leave the hospital. She directed him to the city bus and shrugged him off like he wasn't their problem anymore. My brother was released from the hospital after being lied to. He had no cell phone, wallet, vehicle or SHOES! He took the receptionist's direction and attempted to get on the city bus but was not able to due to the fact that he had no shoes! He walked around Missoula for 3 hours in his socks in the middle of summer! He asked several people for help and all of them shrugged him off, he probably appeared homeless. When my parent's showed up to the hospital they were informed that he had been released but the hospital could not give them any information about where my brother was or what his medical diagnosis was because he is 19. This hospital and the staff are extremely careless and should not release their patients to fend for themselves like homeless people. They need to treat their patients with respect and hospitality, at the very least they don't need to lie to them.

Had to be seen in the er for a back injury I saw Dr Daniel Pierce. The whole experience was great considering the fact that I was over 2000 miles from home in a lot of pain. I was treated in a timely manner and had all of my questions answered.

Wonderful experience with my surgery at the Heart Institute!!!! The receptionist is kind and quick! ALL the nurses and care providers ....WOW Wonderful people, kind, caring and fun...made me feel very comfortable in an uncomfortable situation!!! Dr Musco ROCKS!!! Thank you Dr. Musco!!! Thank You St. Patricks!!!! Just WOW!!!!

I live in Utah, my brother from another area in Montana was air lifted into this hospital. When I called the staff done everything legally to provide me information. Then they connected me thru a portable phone to talk to my brother and his wife. The staff followed the appropriate protocol and their service is outstanding, very private and professional. The entire staff at work on 9 Aug 19 I dealt with should be commended. Thank you very much.

This was by far the best experience in a hospital that I have ever had, even after having my surgery delayed for two hours. I would like to give a shout out to Dr. Hardy, Danielle, Jim, Michelle, Recovery, Derelynn and Carol. All of you were absolutely wonderful to me and my friend who was with me. I’ve NEVER had such good care. Thank you all. The personal attention we received was wonderful. Keep up the good work!!!! And I almost left out Lori! Oh my gosh! She is absolutely a lifesaver!

I went to the ED for suicidal thoughts and all they did was give me a sandwich and send a shrink who didn't say anything to me other than there was no room for me and i would have to sleep in the eval room and then the next day a social worker told me i was doing it all for attention. If someone had told me that online they could have been charged with cyber bullying. but because i wasn't bleeding i wasn't serious about dying? see if i ever reach out for help from you again. she suggested more outpatient therapy. thanks for nothing. they didn't even give me my daily medication.

Went in for severe ear pain. Turns out it was a severe ear infection. They gave me a shot for the pain and sent me home with antibiotics. Later that day the pain came back ten fold. They gave me another shot and sent me on my way again. Im in agony and i know if i go in, all they're going to do is give me a shot and send me on my way. Again. Try your luck at community medical. St. Pats clearly just wants to get you out ASAP. No care to actually try and fix the issue.

I am not sure what if Missouri just has bad doctors or i had bad luck picking places. first of all I would rate healthcare a zero in Missoula but for the purpose of this rainy I have to give it a one. there are doctors here who should not even be considered being doctors. I am from New York City and healthcare is far above and beyond anything that you received here. My experience with saint Patrick's has been negative on a number of occasions for having tags removed from my face the doctor did not use any kind of anesthetic and I was in excruciating pain that had to have her stop. Other times I went for an eye problem which they misdiagnosed. I would rather drive all the way to Bozeman or to Seattle rather than see doctors here. I received better medical Care in a small town in Mexico than I ever received in Missoula at saint Patrick's

I refuse to give any hospital or clinic a positive review unless they actually treat each patient as an individual, rather than rubber stamping denials of much needed pain medication. This hospital is extremely tight on prescribing pain medication, without regard for each unique individual's needs. I suspect an across-the-board policy within the hospital to avoid prescriptions of opioid pain killers, so know that if you come here in pain, you will be sent away with worthless ibuprofen that you can get cheaply at Walmart anyway. One star, only because there is no option for zero stars.

I went there in labor and saw Dr.Givler who told me that if I didn't agree to a c section after she'd said I could vaginally birth, that I couldn't have any medication. I complained of extreme pain after my surgery and she refused to examine me and instead called CPS on me stating that I wasn't bonding with my baby. Before I left I was vomiting liters of fluid and on the ride home passing out. I told her before I left that I would go get a second opinion at another hospital and she called them saying she'd had to call CPS to get us to leave. Thankfully, the hospital examined me there or I might be dead. My intestines had completely shut down, a very common response from a major abdominal surgery. I was also informed by a lawyer that she has a current lawsuit for bowel obstruction in another woman. I wouldn't ever recommend this doctor or hospital. Both are dangerous and don't respect bodily autonomy nor do they abide by their Hippocratic Oath, first do no harm.

My brother was there for 11 days. Very professional staff. Nursing staff seemed very tuned in to patient's needs.

Been sitting here for 3 hours just had someone came from the back just told they got these workers an all the rooms are open in only useing 3 rooms what the hell...my wife sitting here in pain... 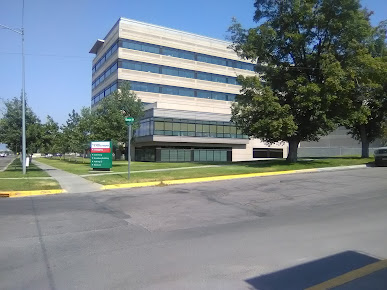 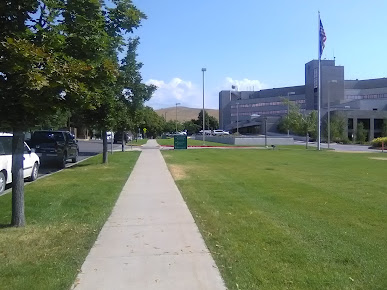 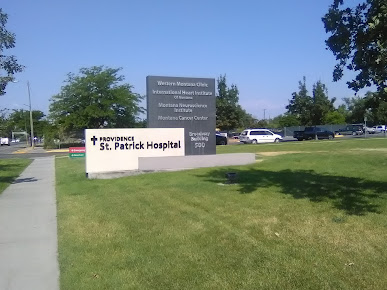