You will see the reviews of real people like you who purchase the services of Baptist Medical Center Leake (Hospital) in the area close to the state of Mississippi.

At the present this business receives a rating of 2.4 over 5 and that score has been based on 23 reviews.

You may have noticed that it has an average rating is scarce, and it's founded on a very large number of opinions, so we may conclude that the evaluation is quite faithful. If there are many people who bothered to value when they've done well, it works.

You know that we don't usually bother to put reviews when they are positive and we usually do it only if we have had a problem or issue...

Where is Baptist Medical Center Leake?

Awful coding and billing processing. I got billed by for a procedure that was covered by insurance. When I called I was assured that, "It was taken care of." Next thing I know, my account is going to collections and my good credit takes a hit. I'm still dealing with paperwork from the same appointment ten months later because their billing company in Birmingham is "a little behind." I got another bill a month after my payment cleared the bank. Ten months? That's right in time for my annual physical! Edit - Second billing and coding snafu! I never received the separate bill sent for lab work. My account was sent to collections. "Customer service" is hardly accurate. I was on hold listening to the same recording over and over before the line hung up. Once I reached someone by phone to get information they were vague and rude. Huge disappointment.

My husband has a terrible sinus infection that showed up late Saturday night. He works almost 7 days a week. We go to the ER on Sunday to help him get relief and the Dr (Dr. POOLE) comes in and says "Well this isn't an emergency". Like really? This man works his butt off and you can't treat him like a normal patient? This clinic is a joke.

Sent me to Jackson after sitting there from 3 in the after noon till midnight. Didn't want to help me at all. Dr was rude.

My 81 year old mother with end stage congestive heart failure went by ambulance to the ER on Sunday around midnight. DR WALROD sent her home at 3am after telling her she was just seeking attention!!! I had to find her a ride home calling people at 3 in the morning. HE SHOULD BE FIRED IMMEDIATELY!!! NO WONDER ALL HIS REVIEWS ARE ONLY 1 STAR!!!!

Took my daughter in for sore throat and not feeling well, they only checked her vitals and the doctor came in and stated they have a new policy to where if it's not a dire emergency they can't see her! And they DIDN'T, no test, nothing...this place is just a beautiful building with slow/lousy staffing.

This is the worst hospital to come to! The ultrasound machine is broke, its hot, the bathroom was disgusting, and people in here are talking about their social media! Horrible hospital.

I broke a bone and instead of getting me right in to get treated I was harrassed at the desk about making an up front payment before anybody would see me even though I have insurance. Even if I didn't have insurance they should have seen the severity of what happened to me. Not a single patient in the ER but me, and I'm getting harrassed about money "in case insurance doesn't pay".

I would not recommend all the lady in front admission is rude she is only there for pay check she doesn't know how to check you in for ct. We had appointment. Need to hire people that can do the job and rolling her eyes at us and the person she called was talking bad about us on the phone. Yall need to do something

I had to take my son in because he hit his head and began vomiting a while later and screaming in pain. Everyone was very friendly, the doctor quickly came to see to him and ordered a scan, someone even brought colors to occupy him. The room was clean and neat... absolutely wonderful care from kind and compassionate people. I have no idea if they had other patients or not, how could I know... they keep the doors shut and curtains pulled as they should. I do know they treated us like he was the only patient and like he mattered. Couldn't ask for a better experience.

This hospital seriously needs an overhaul in staff! The ER doctor sent my husband home, he was having chest pains! Though his blood work was showing elevated levels, they said his EKG was fine! Next day, while in Union, his chest started hurting worse. Took him to Laird emergency room, he was having a heart attack! They were surprised he made it through the night! He had to be rushed by ambulance to Meridian! If its an emergency, I suggest going elsewhere.

I went to the ER for stomach pain under my right rib area. They did all the tests they were supposed to do but, the diagnosis and follow-up were wrong. They found a cyst on my pancreas and gall stones in my gall bladder. The nurse said, "The doctor said your blood work is fine so, you're free to go." I came thru the doors of the ER screaming in pain and had even ended up passing out while I waited, the only person in the waiting area, for over 39 minutes!!!! They gave me a drip(32 minutes later) and one shot for pain thru the drip....But, the vein had collapsed and most of the pain medicine ended up in my arm...it was swollen and blue the next day!!! I begged the Doctor to send me to JXN but, he ended up telling me that Baptist has a procedure they are forced to follow.(He told me this after I told him my father was a doctor and we would just go see him if I couldn't get the correct medical care.) He said, "Because your bloodwork is fine, we can't send you to Jxn, period. Baptist has rules we must follow." So, the doctor did all he could do under the Baptist hospital's rules!!!!! The proper procedure should've been to send me to the Baptist hospital clinic, in the morning, for more tests on the cyst and to have my gall bladder removed by a surgeon. They could've made more money off my insurance by doing this. But, they ignored the cyst on my pancreas completely! I had to beg the doctor to send me home with pain medication, and when it ran out, I went to see my dad in major pain. He got a copy of my chart from Baptist Carthage and immediately sent me to a surgeon to have my gall bladder removed and the cyst measured and seen about. Now? I feel great again but, it was Dr. Harrell who cured me not Baptist Hospital in Carthage!!!!!! The staff there has one mode....slow. They have the bedside manor of a 3 year old throwing a tantrum if you don't agree with them. Heaven forbid if you want them to do their jobs in a timely manner instead of discussing a shopping trip!!! They sit around and talk while you lay there writhing in pain. They could care less about your health and common care! Oh, yes, they have a small few who really do care about their patients and try to make up for the majority. But, I'm talking about one single nurse out of the eight people working that night- including the doctor!!!! The ONLY reason he even came back into my room, instead of having his nurse tell me I was free to go, is because my husband threatened to report him to the board. Then, he blamed hospital policy for his lack of diagnosis and treatment. The cyst on my pancreas was nothing more than a gall stone trapped in the gall bladder tube causing it to swell- backing up bile and causing pain. It was a new occurrence so, it hadn't had time to taint my bloodwork when I went to the ER. That doctor cost me a lot of pain and suffering by failing to do the proper follow-up procedures!! Do you know what they call a doctor who graduates in last place at medical school? Doctor!!!!!!! And that's what I think Baptist has put in our new "Hospital" along with ALL the old staff. The doctors who graduated last in med school!!! Baptist Hospital, in Carthage, is nothing more than a first- aid clinic just like Leake Memorial was. Nothing is new except that building, my friends!!!!! If you value your life- go to another hospital!!!!!! I have to ask myself this: If Baptist in Carthage is so bad then, what is the real Baptist hospital like????? I don't think I want to find out!!!! I'd give it zero stars if this app. allowed it!!!!! I was forced to give it the one star just so I could review it!!!

Air Conditioning not working throughout entire hospital! Been out a few hours now. Reported to staff and their reply was that they are aware but maintenance can not b contacted for repair unless it is an emergency! Therefore everyone throughout hospital is trying to rest, sleep and get well with the temperature at 79 degrees along with nurses striving to take care of patients...

Hospital staff have been wonderful to my family. Starting with the ER . We brought in my 95 year old grandmother and they have been outstanding. We were unknown to them and her doctor did not do er patients. She is Medicare and Medicaid . 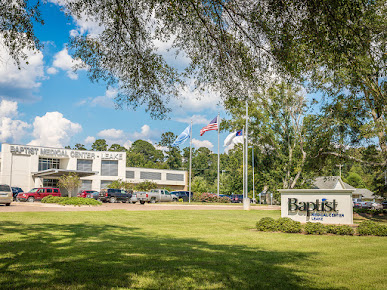 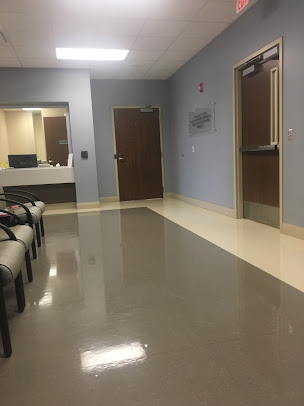 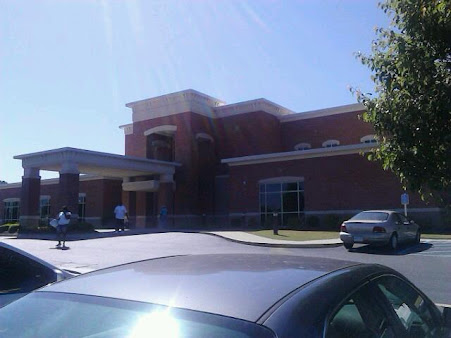 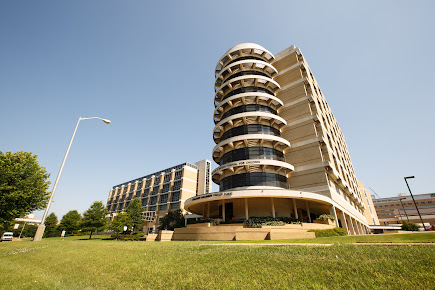 The University of Mississ...