Here you will be able to see the reviews of real people who are purchasing the products of KentuckyOne Health Medical Center Jewish Southwest (Hospital) in Kentucky area.

Now the firm receives a rating of 3.1 stars over 5 and that rating has been calculated on 42 reviews.

You must have seen that it has an average rating is discreet, neither too high nor too low, and it's founded on a very large number of scores, so we can think that the valuation is quite credible. If many people have bothered to rate when they've done well, it works.

As you know, we do not usually bother to set tatings when these are positive and we usually do it only if we've had a problem or incidence...

Been here just because I live close by and I would take my worst enemy to this place. The most unprofessional staff I’ve ever encountered. You will read reviews that may say it’s a nice place but believe someone who has gone and other i know in The community and I would rather go to A veterinarian or the internet before I seek medical attention from these clowns .

They took good care of my son. Quick, professional, and efficient.

Been waiting 1 hour to be released everyone was sitting by the desk walking about what they had for lunch and when ask about the wait they said they where short handed. If your short handed you wouldn't be standing around

Worst place to go. Staff was very rude. Did not want to help. Nobody knows what they are doing here. Not to mention the "security" guard is very very rude and very disrespectful. One of the nurses was very rude and hateful. make you wait a very long time in the ER. I'd never tell anybody to ever go here. worst place in Louisville Iv'e ever seen or been too. If you want to get answers and your cuts and stuff fixed up quick never go here. Waste of money and space.

I went in to this emergency room 4-4-17 with severe abdominal pain for 3 days. I was seen by Jason Nelson MD and he diagnosed me with gastritis. The very next day I went back to the Emergency Room but at a different hospital I was given a GI cocktail CT scan and ultrasound and they seen that my pancreas was inflamed. Needless to say I will never go to another Jewish facility for any medical help. Jason Nelson MD didn't do any testing to try to rule out anything and I specifically told him where my pain was. Thanks to the Veterans Hospital where I was admitted and cared for properly because of Jason Nelson's incompetence at Jewish Southwest.

Terrible serivce from the ER. My 4 year old with a possble head injury. Been there over 3 hrs and still wasn't seen. Took in someone to take out witches and was in and out in 30 mins. F***ing horrible.

Total trash treated my friend like crap because she's an ex user that she was utmost honest about and was not seeking meds she had an injection and they were rude n left her in her room for hours only checked on her once in 6 hours and flat out rude to her and made comments under their breath...Very unprofessional and did not care at all

Place has a bunch of inexperienced people working. ‘Voted best place to work’ I’d love to sit on my phone all day and do nothing. Great job is right! Highly disappointed with the service of this place. Doctors weren’t friendly, acted as if they were above you.

From registration @ 9:24pm till we was picked up for transport by yellow ambulance @ 4:21am, everyone was terrific, not only did they take Care of my 4yerold . they took care of me and my other daughter that had went with me. Feed us drink any thing we needed. They are the best.

Quick but very unpleasant and unprofessional.

Waste of taxpayers money. Rude staff, rude manager. Very unprofessional and lazy. Took 4 hours to be acknowledged. I wouldnt suggest this place to anyone. Ive had better service and encounters at the veterinary clinic. How this place is still up and running amazes me. Name it anything you want its still a turd!!!

Small ER and good place to get labs and testing done quickly.

I have never been treated so poorly. Left without any instructions on how to clean ur dress my wound. Nurse practitioner spoke a total of 2 words to me. I wouldn't give any stars if it was my choice.

HORRIBLE PLACE!! Do not ever go here for any form of medical help. Staff is rude. waiting time is abysmally slow, and very little care for the patients. Went there with fears of appendicitis and waited over 3 hours until I walked out. Awful.

As a trans person, seeking emergency healthcare can be terrifying. The staff here are AMAZING. Never once have I heard the wrong pronouns and the way they approach care is both friendly and compassionate.

My doctor just moved into this location. The building itself is spacious and well-appointed. The staff (at least on the day I went) is slow, and their service is lukewarm at best. I was there over 90 minutes for a total of 5-10 minutes with the doctor and x-ray technician. The location is convenient for me, and the doctor is knowledgeable, so I will continue to go there. However, I always recommend him with the note "expect to wait a long time." I feel these are things that could be fixed.

Each time everyone is very caring and understanding

They are lacking in bedside manner and don't do a thorough exam. But if you have a minor problem they can do a quick fix.

Extremely slow. Will not be visiting here again.

I went to this ER on 5/17/17 after a fall. I had broken my leg. I was in so much pain all I could do was scream and cry. The doctor came in and told me I needed to be quiet and that I was disturbing his ER. I asked, "would you say the same to someone who was shot, or pregnant?" He refused to answer my questions saying he wasn't going to agrue and/or discuss the subject with me. All I could do was Cry as I was there 30 minutes and was given nothing for pain. The staff was rude and out right unsympathetic. The only staff I encountered that was by far the best was the X-ray tech. He was amazing;hr even made me laugh. After returning from my X-ray (45+ minutes after coming into the ER I was finally given meds). I asked a nurse whybit was a problem that I was asked to pretty much shut up, and she said, "you were scaring a child next door(pointing to the room to the right of mine)." I asked if the child was being seen and she said, "NO!" So still confusion as to why I had to be quiet because a child who was not being seen was allowed to determined how I could feel about my pain. Whether I cry or scream I that the child nor his guardian should have a say. This is a decent hospital but this particular night they were careless of my well-being and my feelings. If I could give no stars for this review I would, but since I cannot one star will have to do.

A decent place to come as well as somewhat faster then average ER wait time.

Thank you all so much! You're ER department was absolutely amazing. Got me stabilized and transferred, treated me with respect and kindness! Not enough good to say to you all! THANKS SO MUCH! 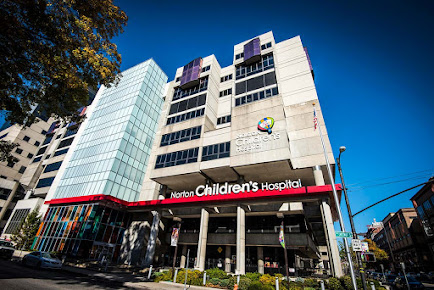