We offer you the information of real people like you who purchase the services and products of UC Davis Children\'s Hospital (Hospital) in California area.

To this day this business receives a score of 3.9 over 5 and the rating was based on 34 reviews.

You may have noticed that the average of ratings that it reaches is good, and it's founded on a high number of feddbacks, so we can conclude that the evaluation is quite accurate. If many people have bothered to give their review when they are happy with the service, is that it works.

You know that we don't usually stop to set evaluations when these are positive and we usually do it only if we have had a problem or incidence...

This Hospital is classified in the category of Children\'s hospital.

Where is UC Davis Children's Hospital?

This place sucks just like lodi memorial hospital up Davis children hospital tells you one thing then couple hours later they repeat . So we came from lodi memorial hospital which should be known as looney toons hospital they try and draw blood from a 9 month old an can't succeed little black nurse blows the little guys first vein the 4 more nurses try and still can't poor boy was in pain then they send us here to the best hospital for children they act all nice tells us these rooms are safe rooms we have poke rooms well they take our little guy to the poke room and success then 3 hours later they come back and say we need to re do blood work so little guy was poked like 12 times doctors here are idiots never coming back here

My son has been inpatient here for several days now and he’s been followed up by two teams, one of which is Peds Nuero (Dr. Celia Chang). With much advocating to speak to Nuero, there was no contact with me for two days. I came every morning between 8:30 and 9 and stayed until it was apparent that no one was going to check in on him and speak to me about a plan of action. Nurses paged, called and still nothing. I watched as she (Dr. Chang) ate lunch and laughed with colleagues, and yet she could find no time in two days to meet with me. While my son laid in pain, the Peds team (headed by Dr. Julie Herlihy) did nothing but gave him Motrin and Tylenol which were not working and left any medication changes to Nuero which wouldn’t find the time to meet with me for over 48 hours. After finally meeting with the two teams, they decided to contact CPS to help “facilitate” my son’s care outside of the hospital. Without asking me first what I had done on my end to get referrals in and get him seen, they instead called CPS to use as a “tool” in my toolbox, my toolbox! If they would have asked I had already taken him to his PCM a couple of weeks prior and because the doctor’s office had his insurance information wrong it did not go through. Once some time passed I reconnected with his PCM to see what the hold up was and they discovered the problem, and the head pediatrician admitted they had dropped the ball. Did the Peds team know any of this prior to calling CPS? No, because they didn’t take the time to sit down with me and ask me what I was doing on my end to facilitate things. Once I asked for my son to get treatment elsewhere (Nurse Chellynn) came into my son’s room and said she was putting a security bracelet on him to keep him safe so nothing could happen to him, and he wouldn’t get hurt. Really? Since my son has been in the ER’s and hospitals for the last 30 days following a concussion, UC Davis has now made my job as a mom/protector even more difficult with calling CPS. They want CPS to be closely involved with getting my son back in school. The team says he needs to work through his pain (at 10 years old) even if he’s in the fetal position and asking me to help him and have instructed me not to even give him Motrin and send him off to school. I will not have my children singled out at school by CPS and so it’ll be my decision to now homeschool them, and find a better hospital than UC Davis for their care. UC Davis “Patient Relations” has already been contacted and three complaints have already been filed by me. Beware of where you take your loved ones, as the doctors here have all the power and reap none of the ramifications for their quick judgments and unprofessionalism.

I fell that they treat you with out most compation and respect... make you feel at peace even though your overwhelm with with emotions. They know what they are doing and know that my child is in good hands.

I used to love this hospital, I have taken my children here several times for emergencies, the drs and nurses were sweet and caring, but my most recent experience here has changed my views completely. I took my three year old daughter here yesterday after her PCP recommend us too based on an admiral blood draw, when we were triaged they did not do a temp check for her even though her blood pressure was abnormally high, we sat in the waiting room for three hours waiting until we watched an infant maybe one year old CLEARLY having a severe allergic reaction puss coming out of his eyes his eyes started to swell to the size of golf balls the poor mom started to freak out and brought it to the triage nurses attention who stated "I have already seen his face" and told her to go back to the PED waiting room. She left the hospital, and shortly after so did we. THIS IS ABSOLUTELY DISGUSTING!!

If I could, I wouldn't even give them a star. DO NOT TAKE YOUR CHILD HERE!!! EXPECUALLY IF YOUR CHILD HAS CANCER!!! NO SUPPORT!!!! At the very beginning, things were moving very slowly. We were under "OBSERVATION" for 2 weeks... My 2 month old son was refusing to eat and so we had placed an NG-tube and from there, he was throwing up at least once a day. The dr kept telling us it was just ACID REFLEX... Let me tell you... it was not just acid reflex. They had sent us home three times with only diagnosing him with ACID Reflex and told us to give it two weeks on the new medication. Our son was miserable and we called almost ever day during that two week period expressing our concerns. Than finally we took him in for a weight check and what do you know, he was extremely under weight. We got readmitted and they finally ran other test (Which we had been begging for every time we were there) and what do you know, the MRI showed that he had a massive brain tumor. From there we thought that things would get better with the support and care, but things just got worse. They are the most unsupportive, disrespectful, and unreliable hospital we have ever been at, and we have been to many other hospitals ever sense the diagnosis. Not all of the nurses there were bad but we had a couple up in the ICU that were very disresprectful and hurtful. For instance, one of the nuses had told us that we were probably placed into a shared room due to our sons diagnoses... Mind you, she had no idea what our son had or how sick he was and there were 6 other open rooms that were available on the floor. Finally when we made down to Davis 7 for recovery, our son was getting his very first chemo treatment. Due to it being his very first time on the chemos, they had put an order in for a steroid to counter act an allergic reaction. Our son did not have any effects from the chemo but our nurse had given him the steriod on accident. This was very scary and concerning that it could be given to him that easly because the steriod could have caused him a lot more problems. At this point, we were very frustrated and upset because there was no communication, suppport or even liability within the teams that were working with us. We would say that COMMUNICATION was by far the worst part of our whole experence there with UC DAVIS. We were constantly having to ask to talk to the drs and when we did, the dr seemed to not really know what was going on. There is so much more that we can write about, but bottom line is that we highly recommend you to not take your child to this Hospital.

What a FANTASTIC hospital!! EVERYONE is FABULOUS!! Thank you all on the PICU 10th Floor, who are helping in the care of my son. Bless you ALL!!!

They make you and your family feel welcome and important! ❤

This is about scheduling. I called and was transferred twice. What a waiste of time. The second time I was put on hold. I am still waiting. They could be way more efficient and caring.

My daughter was admitted to the ER on 3/3/2018 after having a seizure. The ER staff was okay but definitely was not attentive. The machines she was plugged into beeped so many times because the cords had become undone do to her moving around. No quick responses to the beeps even as they were getting louder on more than one occassion. One of the ER nurse says they were moving her to the Pediatrics ICU as they she was scheduled to have an EEG done and because down in the ER, there is a 4:1 ratio of patients to nurse and in the Peds ICU, it would be 2:1. While we were waiting, several teams and doctors came in to ask "what happened" and we must've told the story 6-7 times. Do they not communicate? As Saturday turned to Sunday, still no EEG. All day, we just waited in the PICU, being told that an EEG is scheduled. At one point, my daughter finally fell asleep and two of the nurses actually came into the room to watch TV and turn on golf!!!! My daughter was awoke by them talking loudly and by the sound of the TV. Very unprofessional!! We understood that staff was limited but as Sunday turned to Monday and still no EEG done, we were getting frustrated with the importance of getting that test done. When my wife was told on Monday that an EEG probably would not occur until Tuesday, we've just about had enough and told the nurse that we are gonna discharge our daughter and take her to another hospital to get the procedure done. At that time, the nurse then said they were going to release her and we can make an appointment to get the EEG......i'm pretty sure we are not gonna go back there if we can help it! I understand that UC Davis Med Ctr is a teaching hospital but the level of unprofessionalism that UCDMC exudes is extremely frustrating. Being a UCD Alumni, I am embarrassed to have that association, even if its just by name. I cannot recommend UCDMC/Childrens Hospital.

Staff was wonderful! Very caring & nurturing towards my daughter. Rough experience for her but made so much better thanks to the staff.

They make everyone feel like family everyday u see any nurse doc or patient.. My niece had been here before, she was burned with hot oil like @ a 2ND degree, this hospital has been her caring hospital since the incident I highly recommend anyone who has been in a position to go here. God bless 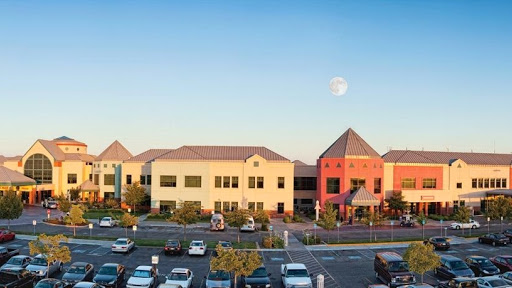 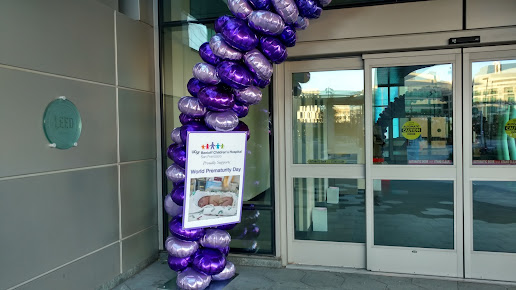 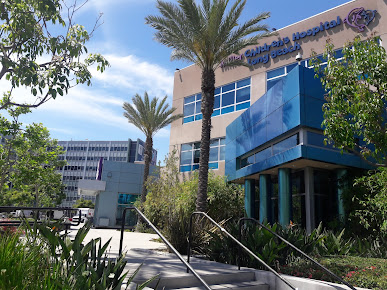 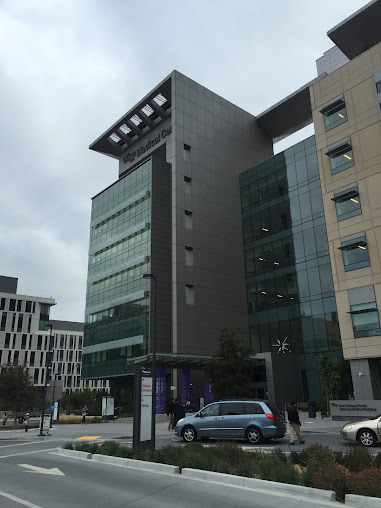