We've got all the reviews of people like you who purchased the services and products of Alaska Urology (Hospital) in the state of Alaska.

Now this business gets a score of 3.3 out of 5 and this rating was based on 23 reviews.

As you can read, the average score it has is discreet, and it's based on a high number of opinions, so we may be quite sure that the rating is very credible. If people have bothered to give their review when they've done well, is that it works.

As you know, we don't usually bother to set evaluations when they are correct and we usually do it only if we have had a problem or incidence...

This Hospital is classified in the category of Urology clinic.

Where is Alaska Urology?

REVIEWS OF Alaska Urology IN Alaska

This facility is always on top of their game. Whenever I need an appointment they always get me in within a day or two. Dr. Brown was nice professional and looked at other options when it came to my issue and didn't just settle on one. I really recommend him. The other post I'm seeing on here is about time and money being an issue and I have yet to experience that for myself. Everyone out there has to understand that if you're late to your appointment of course they're going to reschedule you they can't make it okay for you to be late and then hold up everybody else afterwards. To point out the cost they are around the same range as any other urologist is, unfortunately it is high but that's everywhere in Healthcare. Anyway, thank you to all the staff at Alaska Urology, keep it up.

My experience as a patient was fantastic. The staff was friendly polite and helpful. I was nervous about a procedure but Dr Ferucci and his staff made is easy and comfortable. I would highly recommend this professional team.

Dr Aaron Brown is honest and willing to look into different ways to treat my chronic interstitial cystitis. Listens to my concerns as well as shows compassion for the pain.this illness causes me daily. Offers suggestions that are productive in caring for me. Lorraine 60 year old who's lived with debilitating IC since 1995 but has had bladder issues all my life that was miss diagnosed. They have advanced in knowledge and offer innovated ways to care for me. All the staff is wonderful.

Awesome treatment from Jaimie Zipstra and staff. Listens and is very professional.

Very professional group of highly quality urologist. I have been here multiple times for stones and taken my daughter here as well, I would recommend these guys to anybody. The facility is very nice, clean and up to date.

WORST STAFF I HAVE EVER DELT WITH!! If I could rate a zero I would. If you are a veteran, don't even try with these people!

Great place to be. Team work and supervisors are awesome .

WORST experience and worst customer service / patient care. Don’t go here ! I’ve had 10 bouts with kidney stones over years so I’m very familiar with everything associated. Was ready for my first appt after weekend in ER. They call 1 hr before and say I have to go to providence hospital for X-rays. I said I had X-rays 2 days ago. Didn’t care. Wanted me to go. Had to rush and in pain parking nightmare. Get X-rays and rush to appt. NO urologist. Just nurse and PA. Had to wait in room for 25 min (in pain). PA was unfriendly. And just didn’t care. Saw me for 15 min tops. Charged me over $500.00 for visit. I will NEVER go back. Getting my records and going to Alaska Urological. These guys are a rip off and just JERKS! Don’t go here. You’ll regret it.

Its hard to say "I LOVED IT" considering its about urology, however the staff is great, professional and friendly. The Doctors are accessible and caring. I would and will recommend them.

Been working with them since March to get rid of a stag horn kidney stone. 1st attempt at surgery cancelled due to not having a Dr available finally scheduled for June 13th. Got in changed into a robe and iv pit in only to be told 5 hours later surgery wouldn't happen and would call me by the 15th. To date no call or update on what is going on. I'm now working with my insurance trying to get medical records to be seen out of state and no response to my calls. Seems like you should be refunded all the money you and your insurance pay to a provider especially when they don't follow through with treatment. Thousands of dollars later still have this kidney stone!!!

Try to call to schedule my son appointment many many times, yet no one is answering. Just putting me to voicemail and nit getting any callback!!!!

Exceeded expectations! Administration is quick, efficient and helpful, doctors are heroes, and it's a very nice office space. I'm so grateful to everyone at this office who had helped my very sick 4 year old son. He's made a full recovery and we can't express our thanks enough!

They send there labs to be done out of office, so expect bills from a third party. They didn't tell me about the other $800 dollars I had to pay for my labs and felt it wasn't there responsibility to tell me. I don't mind the bill but being blindsided does kind of suck. They said it wasn't there fault so I guess it is what is. I don't think they were trying to be shady I just think it was very irresponsible and unprofessional. Not a place I'd go back to.

Do not believe there office workers. I called in at 8 : 00 am to ask if it alright to be a little late for my 8:30 am I had a pain level of a 7 due to chronic kidney pain was told do worrie drive carefully as it just snow icy road conditions and no parking space was avaliable. I arrive at 8:37 am to be told you have to reschedule than for the office staff who lied and with pain I said I get a bullet and a gun to harm myself as a freedom of speech not threatening no one but myself due to bad day from pain then to be lied to. Now they called the police on there patients and lie to them to risk there patients life to say it ok you can be late drive on down to mentally tell patients re-scheduled your app that. Your 7 min. Late for a 1 hr appointment with a surgeon or you even call to ask to be late. There not there to help native people that are 2nd class people who have Medicare they treat there patients. Alaska natives beware of the untrusted clinic personel they hate natives

Dr. Turner is the best. Fast surgery scheduling, professional, and made sure someone else could cover when he couldn't follow-up. I definetly reccomend him for any surgical.

Doctor Merriman is the most compassionate, knowledgeable doctor we have ever had the privilege to work with. She may actually be an angel. We will always remember how she literally saved our baby from an uncertain future and helped us make his life better. There are not enough words to say thank you.

I wish I was leaving a better rating. In fact, I don't commonly share reviews so this review comes with a lot of thought and disappointment. The doctor I saw I felt was competent and I felt we had a good patient doctor relationship. Unfortunately, the clinical staff and management have failed the doctor. I informed them multiple times of a serious situation, including walking in to the office regarding concerns over a surgical treatment I had recently had. The short of the story is that I ended up in the hospital, staff failed to communicate to the doctor, I had an additional procedure as the first one failed and over $100,000 dollars in expenses to this office and the hospital. The clinical staff failed in communication, and so far I have yet to hear back from this office, despite phone calls and letters. They are more than happy to accept my money, but have refused to provide explanation or have an honest conversation regarding my treatment. Also, they had one doctor do the surgery and another doctor remove the stent. This is a way to capture more revenue. Had the same doctor removed the stent that placed it, it would be part of the global period of the procedure but because they had a different provider remove it, it is a billable service for them.....an $8000 procedure. I would not recommend this office due to the lack of communication, the fact that my health was not placed as a priority or considered when my care became critical and complicated. I also feel they have questionable billing procedures. I sent a letter requesting communication and have failed to hear from them other than they continue to run my credit card. Total disappointment.

I was seen by dr brown 8 months ago and he's a joke as a doctor. He ordered tests that were already done by the va and said he needed the tests ran through his clinic, then he told me that my problems I checked on the questionare he doesn't address as a urologist, which is embarrassing coming from a medical professional. He has no shame taking your money then offering no help. I hope this review will not be removed like my last one. 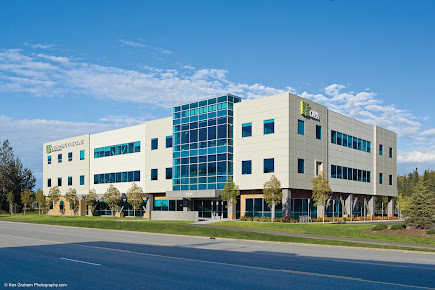 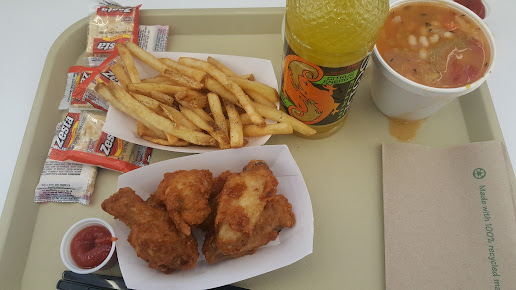 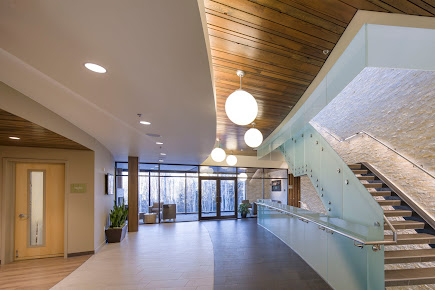 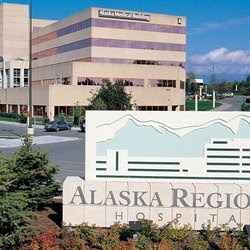