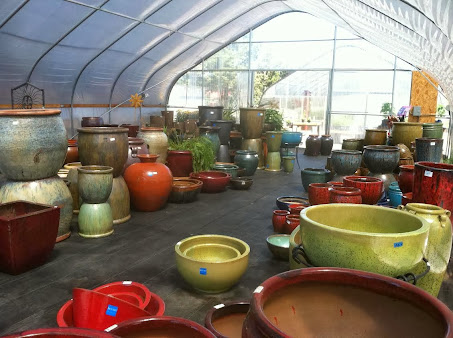 Here we offer you all the opinions of people like you who purchase the services of Tumalo Garden Market (Gardener) in the area close to the state of Oregon.

To this day this business receives a score of 3.9 stars over 5 and that score was based on 30 reviews.

You may have noticed that it has an average rating is quite high, and it is founded on a very large number of reviews, so we can be pretty sure that the rating is quite reliable. If people have bothered to rate when they've done well with the service, is that it works.

You know that we do not usually bother to give feddbacks when these are correct and we usually do it only if we've had a problem or issue...

Where is Tumalo Garden Market?

Excellent customer service and knowledge of high desert landscape. The nursery is a must see!

Mike and Robin are so helpful. I bought a large variety of vegetables this last spring. They will give you advice on how to plant and keep them alive. The quality of the plants blow away Home Depot and Lowes. When you visit it is an experience not a store.

A real find! Knowledgeable staff ,good plants ( 90% of them prospered immediately ) and a beautiful place to go shopping. I had lived in Tumalo for 3 years till I finally found it - and I advise everyone to not take as long as I did to check it out!

I think the only thing this establishment has going for it is an employee by the name of Robin, who also helped me last year, she is a star. The gentleman sitting on the outside bench and the cashier were just plain rude. Just a suggestion, kindness and customer service is key for your establishment- I will not be returning. Oh by the way I strictly buy local.

Healthy plants and great selection! The staff is friendly and personal. I will go back again

I had Tumalo Garden build 4 greenhouses. Each greenhouse 20'X48' with heated floors and double polycarbonate end frame on the south sides. All 4 greenhouses from start to finish was 10 weeks to completion. Mike's jobsite forman, Vacenti is a hard worker and is very efficient. The quality of the finished products and quick construction time made it a pleasure working with Mike and his crew. Jim Gernhart / Sisters, Oregon

Agree with Cat's posting 6 days ago... very rude people. Jerks. would never buy product from them. They will be out of business soon.

This place is the best. Always willing to answer questions and a wide variety of plants picked to grow in the Central Oregon growing region.

Excellent service and an absolutely beautiful nursery. The ponds are exquisite and the plant selection is better than any other nursery in Bend.

From planters on the deck to full on orchards, Robin set us up with everything we needed!

From these other reviewers it makes me wonder if they actually went to the right nursery. I've been to this nursery twice and had a lackluster to horrible experience both times. I'm a big time gardener, buy thousands in plants, trees and soil a year and know central oregon quite well. The first time I went to this nursery I was with my family on an outing. When we walked in no one greeted us. Two women were watering plants and not only did they not wave, say hi or even acknowledge us they literally turned their backs on us as if to suggest we were not to talk to them. The early spring inventory isn't that great and trying to find someone to help us meant walking from the back of the nursery all the way back up to the office, past the useless worker drones, to talk to this guy who apparently was the owner. His little dog was running around growling at us. Ignoring the angry little dog, this guy seemed to at least be somewhat pleasant, probably because he wants sales. Months later we found out that no amount of help could bring one of the trees we purchased to life. I called to return it and the guy I spoke with (presuming the owner) wanted me to wait almost another year so he could replace the tree. Yah right! :-\ I could tell he didn't want to refund the money, which I understand, so I asked about a replacement for other items of similar value. I thought this way we both get what we want and he's not out much. This was a mistake, I should have just asked for the money back. I told him I'd be down in an hour. When I get there he's conveniently gone and the women, who took a while to even realize I was standing at the front desk, says she can't handle returns/exchanges and seems extremely cold and fed up just by my presence. I tried to politely explain to her what was going on and she says the guy is in "a meeting" and just left seconds before I got there. She says he'll be back "in an hour or more," which sounded at that point like they just wanted to get rid of me. I went back to my car and wait for 20 mins in the baking sun. I live far away and the thought of driving 2 hrs on another day seemed unpleasant, so I go back in and plead with her for a simple exchange. After talking with her she begrudgingly shows me some lilacs that are a little over what the exchange was. All the while this lady is ice cold, one of the least pleasant people I've been around. It was like she was trying everything she could to imply how much I was ruining her day with this simple return. Finally I got two plants I wanted and I paid them 20$ beyond the return, which I thought would be a good for them. Nope, you would have thought I ran over their dog or something. She was rude and callous the whole way through. I have no idea who that lady is but she should never work there. Tumalo Garden Market: Pro's: Semi Convenient location right off the hwy 20. From 97 though it's a bit of a drive. Decent layout, organized, ample parking. Con's: Small selection/inventory, horrendous customer service (better off going to home depot/lowes), overpriced trees and plants as well as silly expensive nick knacks in the store. If you buy something here, forget about returning it unless you want to deal with lots of pain/aggravation. Plants/Trees they do stock are mediocre at best. I would give this a solid "F" rating. If there was no stars I would give it that. This is my least favorite nursery in Central Oregon and I've been to them all. If you want excellent customer service and flora go to: Mc Pheters Turf (N. of Terrebonne), Aspen Ridge Nursery in Redmond, High Desert Farms Nursery in Redmond, even Landsystems in Bend.

Rude workers, acted like we were bothering them by looking around. Asked about garden books and were told the library is a good resource. Wont be going back.

We buy all of our plants from Tumalo Garden Market. They have the best selection of perennials in Bend, Oregon, you can always find helpful service, and their prices are competitive. The nursery is just beautiful as well and well worth the 3 minute drive from Bend to go see!

My favorite nursery in Central Oregon. Plant selections are nice, someone will actually greet and help you, and they always the best selection of hanging baskets.

Rude, rude, rude. I've never been made to feel like a trespassing teenager at a place of business before. I do a lot of business at a lot of local nurseries, but I won't be going back to this one. We were scolded before we were even greeted for looking at a greenhouse. There was no indication that we were not supposed to be there, even from the staff member across the path. After scolding us, the woman seemed to be unwilling or unable to answer even the most basic question.

Service was a little slow

Huge variety of indoor and air plants as well as succulents in many sizes. All outdoor plants, trees and shrubs are for the Central Oregon climate.

We were greeted by a woman yelling no, no, no. At first we weren't sure who she was talking to. Turned out it was us. She didn't want us to go into one of the greenhouses. I asked a few more questions. She continued to be rude and very short with her answers. I don't think I've ever been treated like this at a place of business. We won't be going back. 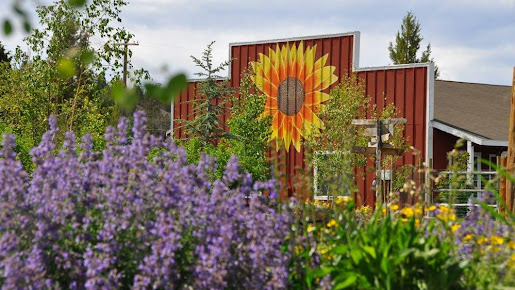 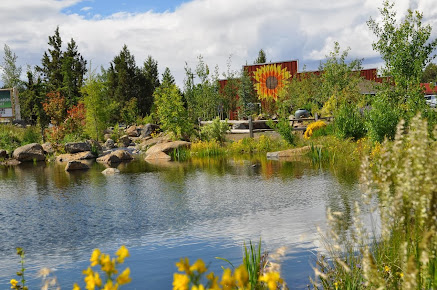 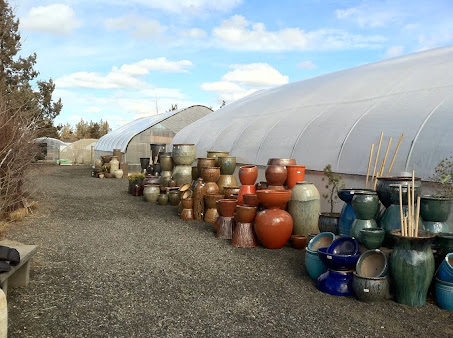 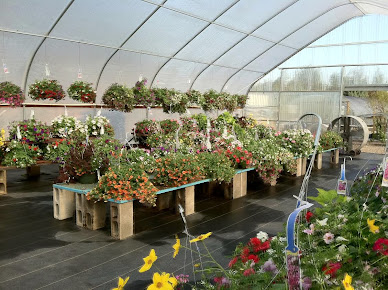 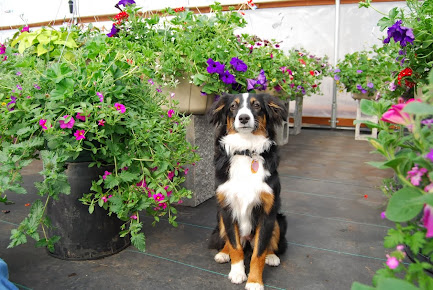 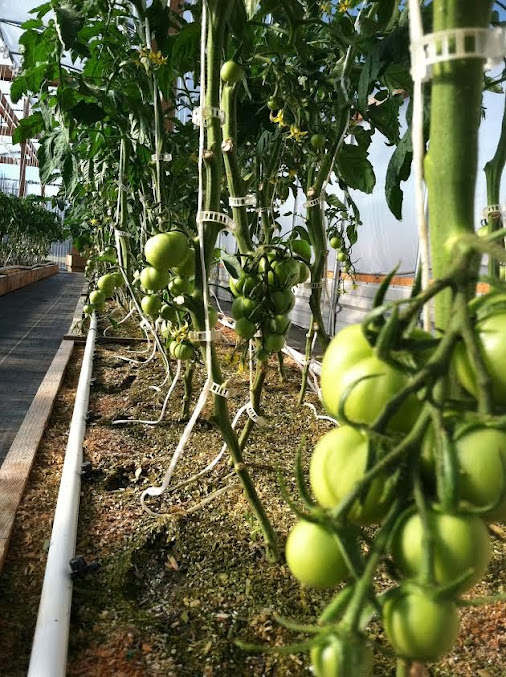 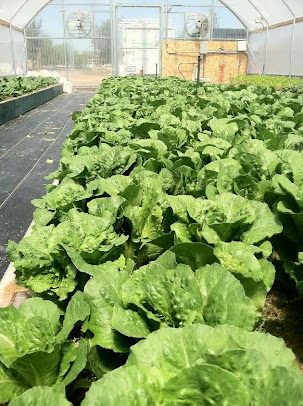 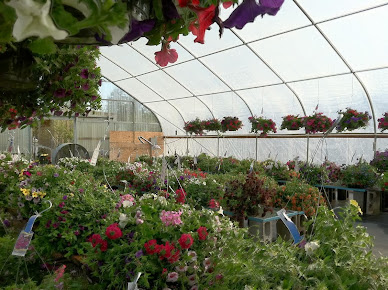 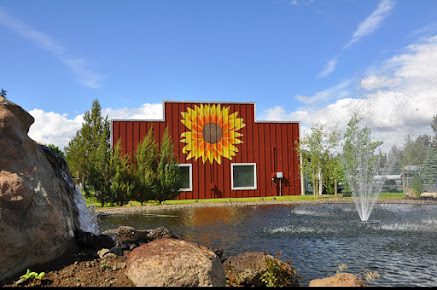 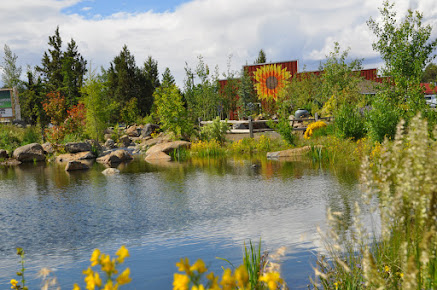 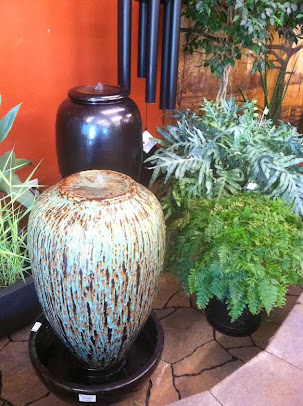 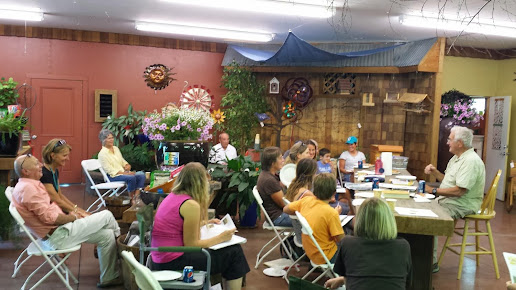 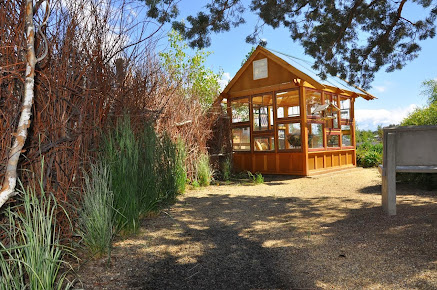 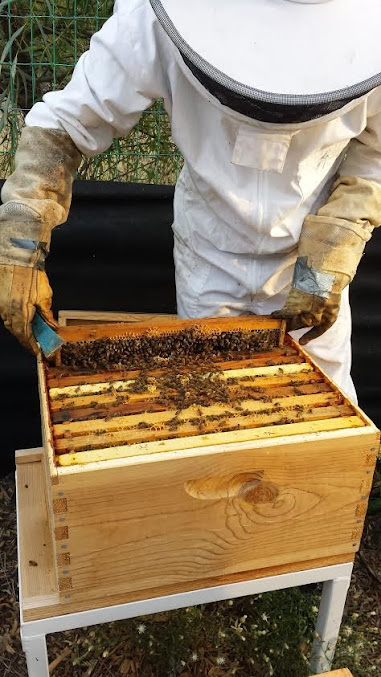 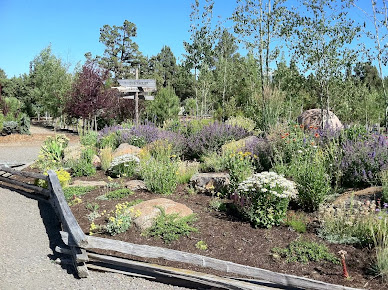 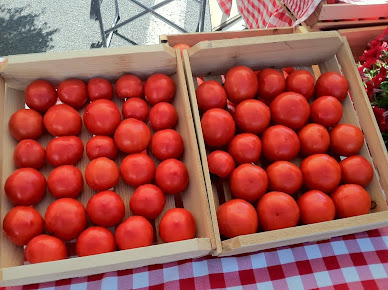 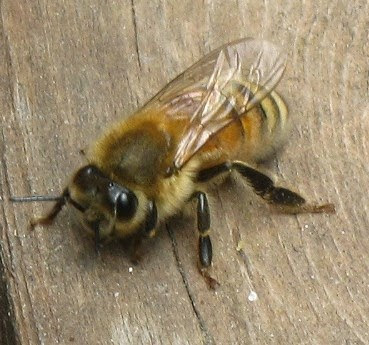 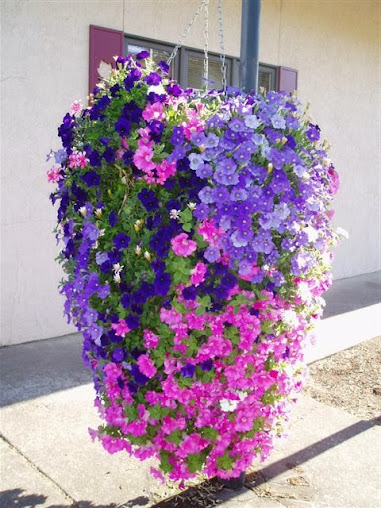 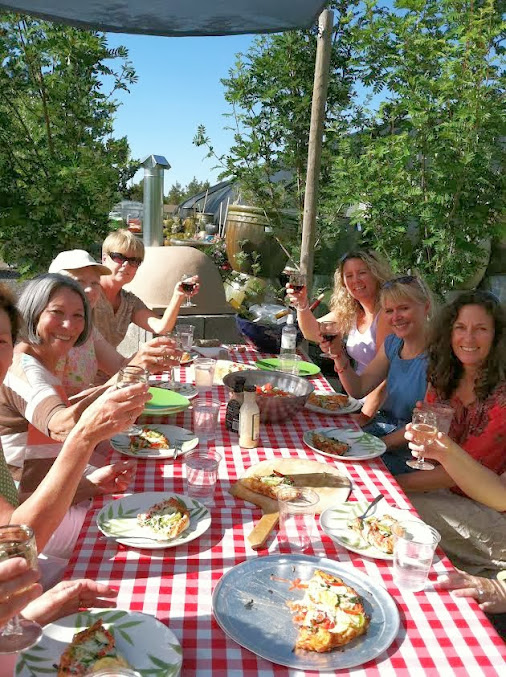 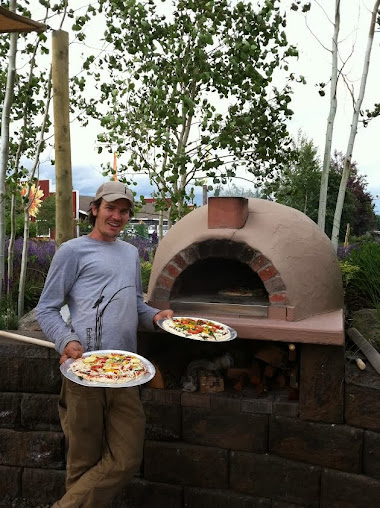 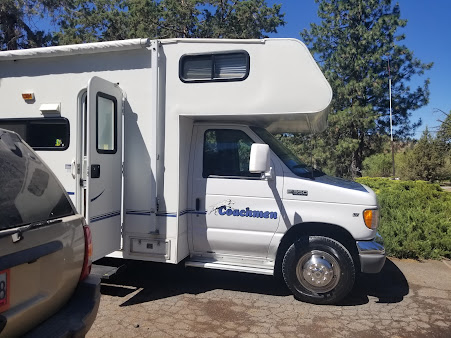 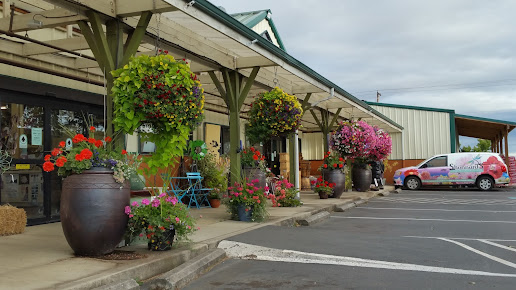 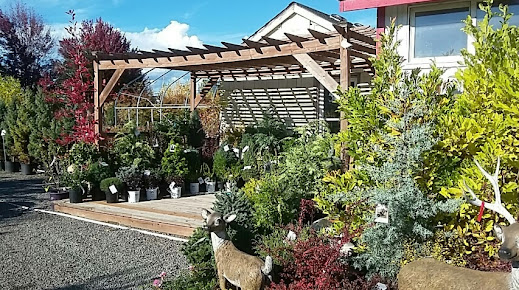 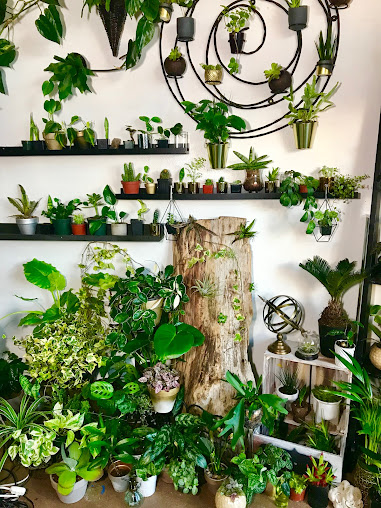 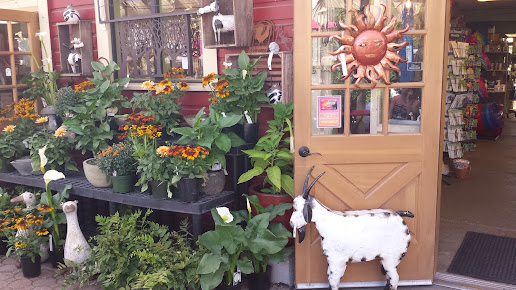