Here you will see all the information of real people who are consuming the services of Campbell\'s Nurseries & Garden Centers, Inc. (Gardener) near to the state of Nebraska.

As of day the firm receives a rating of 4.9 over 5 and the score has been based on 39 reviews.

You may have noticed that it has an average rating is basically the best one, and it's based on a high number of opinions, so we can say that the assessment is quite credible. If there are many people who bothered to give their feddback when they are satisfied, it works.

As you know, we do not usually bother to write evaluations when they are positive and we usually do it only if we have had a problem or incidence...

My significant other and I were not happy with our experiences at Campbell's, which resulted in one plant with a parasite, another that is now doing well once we went to another nursery, and a dead orchid plant. With several other plants and years taking care of indoor plants, we have struggled to take care of just about anything that was purchased at Campbell's - resulting in a lot of wasted time, money, and effort. The biggest issue at times was the lack of positive dialogue with one specific expert, whom was more condescending than helpful. In times where customers are trying to ensure that their investment is sustained, it sometimes felt like the additional money/cost accrued was not really respected. Which, is something I've seen other nurseries like Mulhall's accommodate for.

I always get great service from Campbell's. I know they are a bit pricier than Mennards, but it's worth it! I've been going to Campbell's since I was a little girl ... it's a Lincoln tradition. We have enough discount big-box stores in this town. What makes Lincoln great is a place like Campbells!

One of my favorite store's in Lincoln.

The staff at Campbell's are the best! We value their advice and exceptional service. They take great care of our landscaping needs.

Super nice staff and decent prices for wood mulch. First time buyer who will be back.

Great quality and help. Workers and managers are kind and don't make you feel stupid when you ask questions.

Campbell's is #One for our landscaping, planters and flowers. They make our "green dreams" come true!! Their knowledge of plants and horticultural needs is over the top....thanks, Campbell's

Terrible customer service. I've gotten better customer service from a big box store. Went in to buy a tree on a Monday morning. Only me and one other customer there who was being helped so the clerk said I'll get someone to help you. Woman comes over and just stands there staring at me and waits for me to speak. So I tell her I'm looking for a tree for my yard to replace one that had died. After prying information from her about recommend trees and how to plant a tree I ask her about the stakes that she had mentioned. She says "Oh you'll have to go look inside". Is there some reason you can't take me inside and show me what I need? I've never planted a tree before and the whole reason I came to Campbell's is I thought I would get some good customer service from a local company. Same thing from the girl at the register. Just an immense showing of "I don't care if you shop here or not". Like she was doing me a favor by selling me a tree. The only saving grace was the older white haired gentlemen who I assume is the manager saw me trying to put the tree in my vehicle and offered to drop it off free since I only lived down the street.

Love the selection of plants here, and from last year it seems like they've expanded their succulent section (maybe due to succulents and cacti becoming more mainstream?). I actually had a hard time picking just a few plants to go home with. The staff is very friendly, and there were plenty working when I went in that if I had a question I could've easily found someone to ask. They have carts and baskets for your items, and when I checked out with my handful of plants I was given a convenient cardboard tray to carry them to my car. One thing is this location has more of the colorfully glazed and painted pots and planters, whereas the other location in town has more of the plain terracotta no-nonsense pots. They have other garden and plant needs, like different types of soils (I've gotten my cactus/succulent soil here before), seeds, decorations, pretty much what you'd expect from a nursery/garden center. Campbell's will always be my first stop when I'm looking to expand my plant collection.

This nursery has great quality plants and expert staff. Some things are a little pricey, but you can generally find enough good deals to make it worth your trip. Lots of variety to choose from.

An absolute must if you want to buy gorgeous plants and flowers that will last. Service is mostly very nice :) Only had maybe two bad experiences here out of 20 years; and knowledgeable staff will be honest and say if a certain type of plant will or won't do well in the direction of light. Not everybody will do that for people.

Randy Wolf helped me over the course of 4 or 5 visits to pick a tree for my front yard. The customer service and knowledge you get here are excellent. Thank you Randy!

The staff is always extremely helpful, the plants are beautiful, and they are fast & efficient with planting. We will absolutely continue using them

The staff here always has great advice on gardening and landscaping. I've come here often for advice on taking care of trees on our property.

Campbell’s nursery has high quality plants and always thrive when planted. Campbell’s landscape is very reliable and you can trust they will do a great job.

I tried to hire Campbells to landscape my entire back yard. The communication was horrible. It took forever to get any responses. The plants they chose were ugly, so I had to have them put in other ones. Three of the bushes died, then I had them replace them and those died too. So I told them to plant a completely different plant. They came and only replaced two of them. I had to call AGAIN, finally they came and replaced the third one with an already dead plant. By that time I just gave up. I tried to hire a different company to complete everything. They came and took notes, etc. and I never heard back from them I am done with these landscape companies. I will look for an individual landscaper to help me. What is up with service these days. Everytime I go in my yard, I just get mad. Sheesh!!

Campbell's Landscaping team goes above and beyond to make sure not only the project, but your entire landscape is a success. They blew me away when as a part of my project they replaced *at no cost* four plants another local company (Great Plains Landscaping) refused to stand by or replace when they died immediately after installation. Creating the plan was a collaborative experience - they provided the design and plant recommendations, but then they worked with me to adjust the plan multiple times to account for my preferences and budget considerations, including finding smaller plants to bring the cost down without changing the design. The landscape work itself was done correctly the first time. They offered to water all the new plants when I was out of town the critical first month after everything was planted - again, service that is above and beyond. Three trees died after a couple months, apparently due to an issue with their supplier - Campbell's came out to inspect and replaced the trees at no cost, with larger trees to boot - and put rock down on another small area for free. A very great experience all around.

As always very helpful staff. Found what we were looking for. Good prices

The plant selection is very good. I’m just disappointed in their plant replacement policy. I bought some plants (on sale) last June. One died, so I brought the receipt and dead plant back and was told there was no guarantee since it was on sale. I had purchased some grasses and perennials last fall at Earl May (again, on sale) and they replaced the plants that had died, I really appreciated that!

The place has a very helpful crew and has a very nice selection of plants. The prices are not bad. The only thing is that they don't really have trees or shrubs (they are in the other branch).

Amazing place, beautiful service! Thanks Sarah and Andrea! These suculentos are going to live!

Campbells offers a friendly shopping atmosphere and quality products. They have a large selection of products to satisfy even the critical gardener.

Excellent selection of high-quality plants, tools, and supplies for the garden.

I have a lot of great experiences regarding this Campebell's garden center. We just bought 3 trees from them and went with their planting service. Everything looks great. It's got a lot of great people who are knowledgeable and willing to help with landscaping and plant life.

It was a learning time, very helpful, and friendly 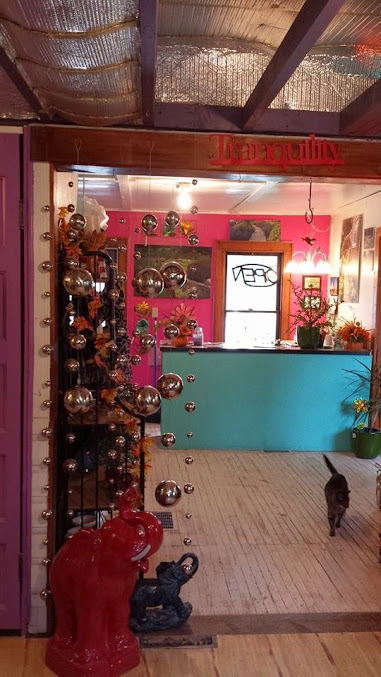 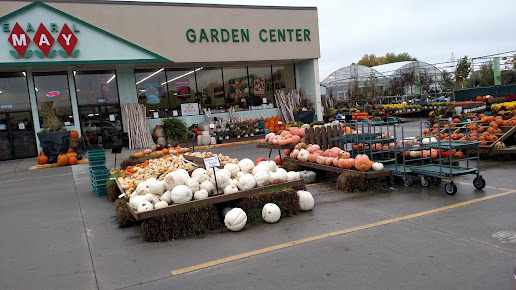 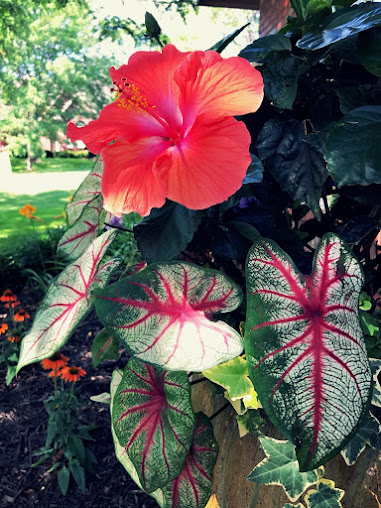