We've got all the reviews of real people like you who purchased the products and services of Dan\'s Custom Landscapes Inc (Gardener) in the state of Iowa.

At the moment this business gets a rating of 3.6 stars over 5 and the rating is based on 16 reviews.

You must have seen that its rating is very high, and it's based on a large number of reviews, so we can conclude that the evaluation is very faithful. If many people have bothered to value when they've done well with the service, is that it works.

As you know, we do not usually stop to put tatings when these are good and we usually do it only if we've had a problem or issue...

This Gardener is included in the category of Landscaper.

Where is Dan's Custom Landscapes Inc?

This company is a FAMILY.

They did a great job taking down our large maple tree. Very reasonably priced as well. My only complaint is they have taken on so many snow removal jobs that they feel it is appropriate to use a backpack blower in a residential neighborhood at 1:30 in the morning. If you have to work at 1:30 a.m. to get all the jobs done... use a shovel.

I applied there but never had any answer back. They must be hiding then! No idea who the are

I understand that as a landscaping company, they are at the mercy of the weather. However, that doesn't excuse their poor communication. To set up my service, I requested an estimate which was sent to me via USPS and I called to get the service set up. On Feb 7th I called and left a voicemail that I would like to start service with them and I never got a call back. I called back again on April 16th and they said that they had my number wrong in their system so they couldn't reach me but we set up service anyways. It would be weird if they got my number incorrect and they couldn't follow up because they still knew I called and they could have reached me via USPS again if I someone gave the wrong number (which I doubt). There was either a lack of follow through in finding out my phone number, or they literally didn't call me back because they don't properly respond to voicemails. I had to reschedule my yard spraying on May 23rd because I wasn't given notice of their arrival until 9am that day and my kids' toys were in the yard. I didn't want them to spray around them, nor did I need them to clean up my yard. They said that they would come the following week but no one came. On June 13th, I called an left a voicemail that my yard service was never rescheduled and no one called me back. Finally, today I received a phone call saying they would be able to spray my lawn as they were minutes away. I told them that I was a call ahead customer because I need to clean my lawn of my kids' water tables and whatever else they might be playing with that day. I needed at least to know before I left for work rather than minutes in advance. I don't think it's out of the question to give someone a heads up the day before that they might be in your yard. If weather would rearrange their schedule, then they would call again later saying "due to the nature of our business, we had to reschedule". I understand that weather can and does delay yard work. But I don't understand why I wasn't given any notice. When I asked why no one called me back regarding my voicemail from June 13th they had no response. They had no idea they had missed the rescheduling and made excuses as to why they can't go from one neighborhood to the next. I'm in Ames, BTW. If they had to reschedule, then they could have easily made that work within the 3 weeks that had elapsed since the date I needed to reschedule. Regarding requesting a day's notice: What if I was hosting a BBQ in my yard and they sprayed without my notice? I would not be able to let my guests out on the grass as most yard servicing requires that you wait 24 hours before going back on the grass. This isn't just about wanting to ensure that I leave my yard tidy. This is to ensure that I can utilize my yard when I want to without a surprise spraying of my yard. It should not be considered a huge burden for this company to contact people when they are about to spray your lawn. I'm sure they are great for bigger projects, but if you have an ongoing service with them they are hard to reach, they don't seem organized, they can't seem to schedule or notify people in advance of routine services.

These guys do good work!

My husband and I have been very happy with the work Dan’s has done for us. We have used them for our landscaping and love the plan that Stephanie created. The installation crew was professional and polite. And they showed up when they said they would!! We also are appreciative to Dianne and Mike. We had an irrigation problem (installed by another company) and when we really needed help they responded immediately and got the system working. We plan to use Dan’s for any landscaping needs we have in the future.

We hired Dan’s to do our back foundation bed. They did a great job with the river rock, but the plants they brought were very tiny and didn’t fill the bed. There also was no final design plan, which caused confusion. We actually had to go buy more plants and plant them ourselves to fill it out. We had some initial issues with communication, but it was worked out in the end.

Dan and crew do excellent work at very reasonable rates - I highly recommend!

We had some tree branches that our garbage disposal service would not pick up, and Dan's Custom Landscaping was working on our neighbor's yard. I noticed they were using a large chipper and asked the employee how much they would charge to take care of our tree branches, too. The Dan's employee said it would be no problem and they chipped the cut branches at no charge to us! (Also, I spoke with our neighbor later and they said they were very happy with the work that Dan's did at their place, too.) Thank you, Dan's Custom Landscaping!

Horrible company to work for. Great employees and work.

Never show up for estimate. 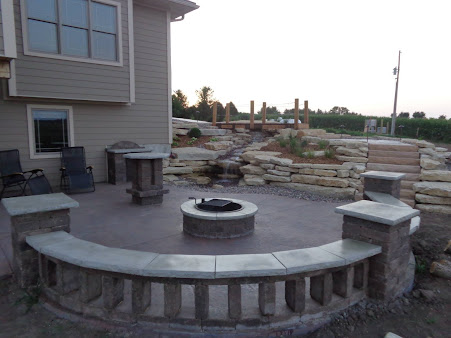 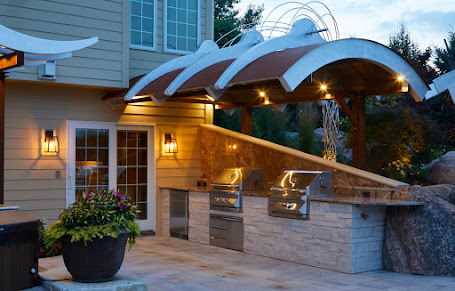 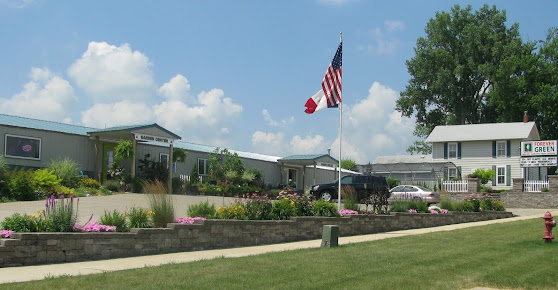