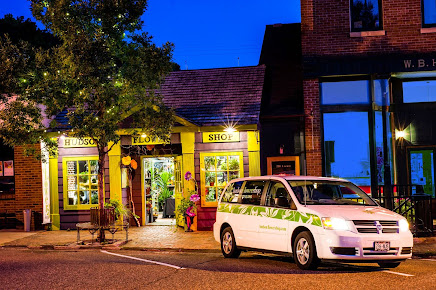 You will see all the opinions of people who buy the products and services of Hudson Flower Shop (Florist) in the state of Wisconsin.

At this moment the business receives a score of 4.5 over 5 and that score is based on 65 reviews.

You may have noticed that its rating is basically the top, and it is based on a high number of feddbacks, so we may be quite sure that the rating is quite accurate. If there are many people who bothered to rate when they are happy, it works.

You know that we don't usually stop to put scores when they are positive and we usually do it only if we have had a problem or incidence...

This Florist is included in the category of Florist.

Where is Hudson Flower Shop?

Amazing locally owned flower shop. They have an excellent delivery service that exceeded my expectations. Buy some flowers and send them to someone you love!

THE best flowers in the Hudson River valley

Pricey but beautiful and staff is helpful

Flowers not as ordered and rude customer service. Would not use them again.

The flower arrangement was gorgeous, and as pictured on the site! Simply beautiful and the family loved it. Thank you!

Pretty over priced, Traider Joe's is just across the river in Woodbury. Great flowers on the cheap.

Excellent customer service! Brought a second set of flowers PLUS chocolates after accidentally dropping a vase. Refunded another after delivery recipient was no longer at that location. THANK YOU!

Was very friendly and helpful for gift ideas

I can’t be any happier with the final product & the service quality! Such an easy site to maneuver around with the personalized upgrade options. The flowers were delivered just a few hours after placing the order along with thorough email updates such as a picture of the actual bouquet arrangement and when it was delivered. To top it off, just absolutely gorgeous flowers!!! I admire their talent for sure! Wish there were more Hudson Flower Shops all around!

Flowers were perfect. Delivery was quick.

I have used this florist a few times now. Each arrangement has been very nice and the deliveries are on time! Thank you! Great job!!

We ordered flowers online after 2 other failed attempts to order with other florists. The ordering process was simple, their base price for arrangements was shown in the images (rather than advertising with the premium arrangements like other sites that leave you to wonder how pathetic the lower priced arrangement might look like), and they were able to deliver the next day. As a bonus, they even emailed us a photo of the actual arrangement they were sending out! Highly recommended!

My daughter sends me flowers every month from the Hudson Flower shop and they are always beautiful Nov I changed the delivery date and they were delivered early while I was gone. I called and mentioned the mistake and they corrected it the very next day. Great customer service I would recommend anyone to buy flowers from this shop. Wonderful flowers and great service Thank you

Stopped here for a half dozen roses on my way to the airport in MPLS. They were taking out flowers for a wedding. These ladies are amazing. I was helped quickly. I didn't need the flowers arranged, just wrapped. The nice lady had me out the door in about 8 minutes. Beautiful flowers. Excellent shop. Will recommend people stop there and expect to return. A huge thank you.

My daughter lives in Florida and has sent me flowers from Hudson floral twice in the last couple months. Both bouquets were beautiful! The most recent one was created by Ciyia and was done in Minnesota Viking colors as requested by my daughter. It really brightened my day!

Stopped in to pick up an arrangement for my parent's 50th anniversary dinner. I hadn't called ahead, figuring I would find something. I didn't see anything like I was thinking, so pulled a bouquet of mums out of the cooler and asked if they could add some greens. The flower artist was amazing. In the span of 10 minutes, she turned the mums into this arrangement. (The 50th and thankful weren't part of what she did.) I was so impressed! My parents loved them. And the arrangement was very reasonable. I appreciate the staff just whipping something up and making it look incredible for a special celebration. The Hudson Flower Shop did not disappoint. I will be using them again and highly recommend.

Easy to use website and even send a picture before delivery for approval. On time and friendly delivery.

Beautiful anniversary bouquet, my wife loved them! Quality roses are worth the extra money.

What an amazing online purchase experience! They responded to an after hours Google message, they did multiple confirmation emails and even sent me a picture of the bouquet! Lastly they told me right when the flowers arrived. I highly recommend them!

The staff are always so helpful and friendly - it's the best flower shop in Hudson!

I paid $60 for a bouquet and got a small bouquet of carnations. Not what was in the picture I ordered. I had them delivered to a co-worker and saw them when they arrived. They are overpriced.

If you want to get the best, it usually costs more. At least that is my experience with flowers. The entire staff at Hudson Flowers are amazing, friendly and first class. Every experience has surpassed my expectations and my wife would be let down if i would go anywhere else! Shop this local shop for flowers and keep this wonderful small business thriving and don't settle for less by going to the shops online!

I had an arrangement made for anniversary and they did a marvelous job.

Great crew! They have always taken fantastic care of me. I have ordered over the phone and stopped by the shop, and never been disappointed. Thanks, Dr. Ryan Tietz

Overpriced. Was quoted $35 & up for a simple, single rose wrist corsage for a child.

Hudson Flower Shop is the best!! I highly recommend them for all of your floral needs!

A good flower shop with your typical pricing. The staff is really patient and great at helping choose an arrangement.

I called the Hudson Flower Shop mid morning and asked them to put together an "earthy arrangement" to be delivered the same day. The arrangement was absolutely perfect and Shelli also added a few chocolates from a local shop which was devoured quickly! It's such a delight to work with a business that goes the extra mile and delivers as promised. Thanks so much, Shelli; you did a GREAT JOB! I will be telling my friends about your excellent service and I will definitely call on you again when the occasion arises.

Working with the shop was pleasant, flowers were delivered on time.

I didn't get to see this in person, but heard the flowers are beautiful and fragrant. Additionally, the recipient loved the vase; so all in all, it was perfect. Will definitely order again when the need arises!

The Hudson Flower Shop went out of their way to ensure the flowers were delivered to the correct address. On top of that, the flowers were very beautiful and my friend enjoyed them very much. I highly recommend this florist.

I went in to look at some plants and I was completely and totally blown away by how terrible the conditions were. Succulents were covered in glitter, air plants were soggy, things were rotting, things were suffering, it made my heart hurt. One thing in particular really made me cringe. I walk in looking at the thinning and stretching succulents and I see a small phal. orchid wrapped in fake moss in a jar more specific to an air plant. That poor little plant was so dry it’s leaves began to wrinkle. I ask about it and they take me to a cart outside filled with orchids in bright, direct light dripping with water. These orchids are rotting, sunburned, light green to a sickly yellow. They still have a pot filled with the remains of an orchid that died due to crown rot, which shows how irresponsible and how little they care about their plants. The people working there were condescending, slightly rude and tried to sell me a clearly dead plant. It disgusted me and I will only go back to get the rest of the orchids out so they have a fair chance at survival.

They were very helpful when we were sending flowers to my sick sister.

We used Hudson Flower Shop as our flower vendor for our wedding, and we are very happy with the result! Shelli met with us prior to the wedding and helped create my vision. The flowers she brought to the wedding were beautiful and looked better than I'd imagined! They lasted through the whole day - being outside and all. We highly recommend!

So much to look at! Everything in the store is beautiful. Staff and owner are knowledgeable and friendly!! 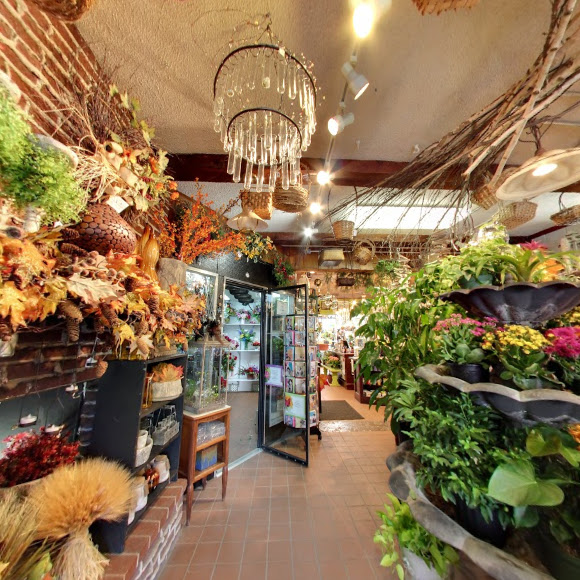 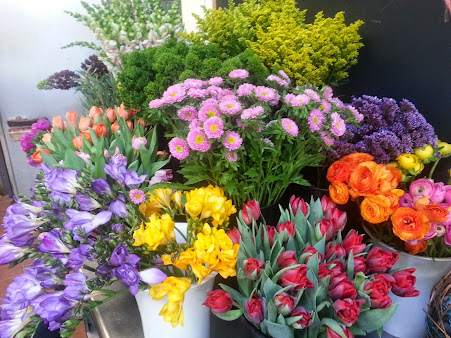 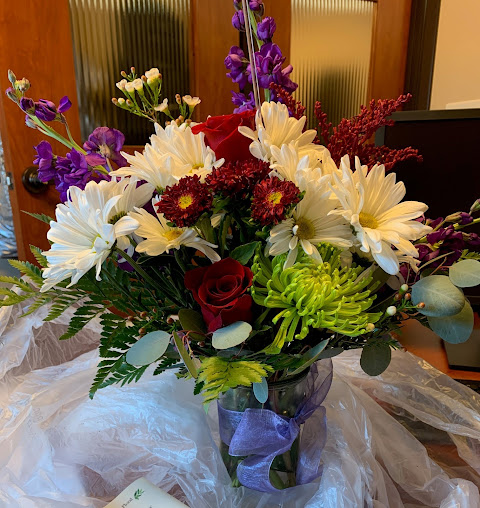 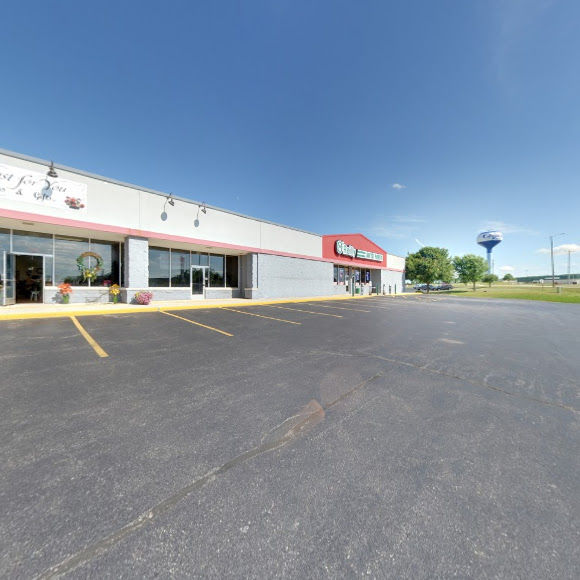 Just For You Flowers and ... 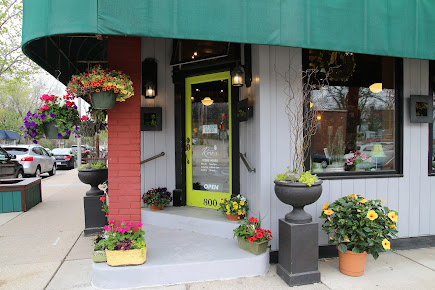 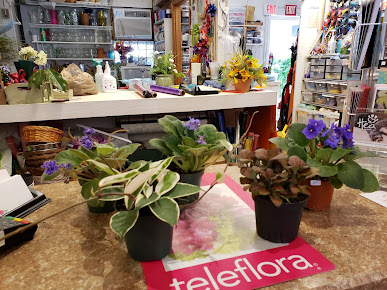