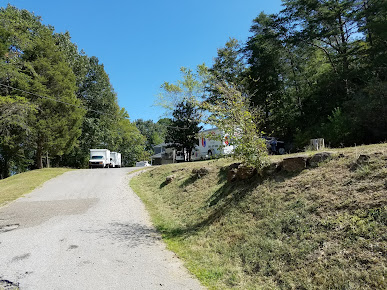 You will see all the opinions of real people like you who know the products of BMS Heating Cooling & Refrigeration (Electrical Technician) in West Virginia.

At the moment this firm has a rating of 4.6 stars over 5 and the score has been calculated on 19 reviews.

As you can see the average of ratings that it reaches is practically the best, and it's based on a very high number of scores, so we can think that the assessment is quite credible. If there are many people who bothered to value when they are pleased with the business, it works.

As you know, we do not usually stop to write opinions when they are good and we usually do it only if we have had a problem or issue...

This Electrical Technician is included in the category of HVAC contractor.

Where is BMS Heating Cooling & Refrigeration?

Company is great. They never try to sale u something u don't need. Very nice and professional.

BMS fixed diagnosed my issue with my heating unit, ordered the parts, and installed efficiently and the cost was reasonable. The technician was professional and even checked on the warranty coverage. I had another HVAC company out twice over prior to calling BMS because my electric bill almost tripled and in two visits with two different technicians they still did not locate the issue. If there are any future issues I will call BMS. I was very satisfied with the cost, efficiency, and professionalism.

I highly recommend BMS Heating and Cooling. I work for a busy Orthopedist office in Teays Valley we had unit go out called BMS they came quickly and were very reasonable. Since then we have used them for various projects business and personal and have been very pleased...

Great group of guys working for this company. Very upbeat, courteous and helpful. Will definately recommend to everyone looking for HVAC work.

Started using BMS when a fan motor went out on a Saturday and zero degrees. They were the only ones to have the right part and had me up and running in just a couple hours. Great service ever since!!

BEWARE - OVERCHARGES AND UNAUTHORIZED WORK BMS was sent to diagnose a failed AC unit shortly after they replaced the fan motor. I was shocked to find that a few hours later, I had a bill for over $190 in my email. I called Brian to find out what was going on (keep in mind, I had no contact at this point and didn't even know he had been on-site). He proceeded to tell me that it was the capacitor and that he already fixed it. There are two major issues here: 1 - A capacitor replacement is a 15 minute job to diagnose and replace (I've seen it done multiple times). He charged me a full service call plus an additional 45 minute labor charge on top of it. I called 3 or 4 other HVAC companies - none of them were higher than $120 for the same work; here he's overcharged me by about $70. 2 - I did NOT authorize the repair. I only asked him to check the unit to see what the problem was, and he never called to tell me what was going on or how much it would cost to fix it. HOW IT WAS RESOLVED I called Brian; not once did he apologize for not getting prior authorization. He tried to claim that I told him to just fix it; I assure you, I did not. That's not the way anyone works - you get an estimate, then you choose to proceed or not. He felt fully justified in his actions. I followed up with an email stating that I would agree to pay the service fee and reimburse him for the part, but that I would not pay the labor charge. He emailed me back to concede and agreed that the labor was unauthorized and he adjusted the bill. This put his price of $129 + tax more in line with the going rate for a capacitor replacement in the area, so I paid the bill. I thought maybe this experience opened his eyes not to treat customers that way, but then I got a text message from him bashing me; he said that I was greedy. Clearly he did not learn from this and is mad that I was one of the customers who stood up to him. You make your own decision about BMS. Anyone reading this who's done with them in the past should review your invoices and make sure you've paid for exactly what was done and nothing more. If you suspect overcharges, take it up with him or the Attorney General. As for me, I'm done with BMS. I'll go elsewhere.

Hands down the best HVAC company in our area!! Bryan, the owner, is honest, punctual, gives very accurate quotes, and does excellent work. If you're researching for HVAC work or plumbing work, BMS is a LOCAL company I feel good about supporting and you should too.

After a previous, negative experience with a local heating and cooling company, Brain was highly recommended to me by a coworker. My heating unit had stopped working and he came out the same day I contacted him. It is an older unit and I was anticipating that the unit would have to be replaced. Luckily, it was an easy and inexpensive fix. He explained the problem and was able to repair the unit quickly. This company was honest,dependable and very reasonable!! This week, when I had problems with the air conditioner, I contacted BMS . Brian once again went above and beyond, exceeding customer service expectations. He repaired the unit the same evening he was contacted! I highly recommend this company!

BMS is who I call when I need repairs to my air conditioning unit. Service was very prompt and rates very reasonable. No pressure for a new unit , customer satisfaction a key point.

BMS installed my air conditioning unit in a day. They also installed a pump in my basement to eliminate a water problem I'd had for years. BMS workmanship is very courteous and professional. They will continue to be my go to company for all my HVAC services. I strongly recommend BMS!

I asked BMS to come out and repair my AC. I already knew what was wrong and told them. They came out and quoted me 656 dollars for freon and a simple weld repair. I (me) told them what was wrong. They did no work at all and quoted me really high. So, I told them I would get other quotes and let them know. The two service guys were really nice. One guy told me he had to charge me a 89 dollar service call fee. I said “What”?! Why would I pay you 89 dollars? You guys didnt do any work and I told you the issue? The two service guys agreed that I should not be charged but that their boss said they have to. I told him he could run my card, I would dispute it later. He wanted me to sign and I said no. I said signing means I agree to the charge which I do not. I told him to have his boss bill me and I would dispute it. Sad part is that I can afford the repair but I also know when I am being ripped off for work and in charges. I thought that they would be a good company because of reviews. I was wrong. I will not recommend them. The service people themselves do not agree with the fee. Especially when you are quoting me an addition 250 in labor for such a simple repair. I Did not even get to the work part before they tried to rip me off. No thank you. (Again though, the service guys are really nice) I would simply go with another company if you are reading this. *** Update*** After calling me and calling me, then texting me repeatedly, then asking that I remove my review the owner Brian attempted to respond to my review in a manner in which he saw fit. I assure you no work was done by his men.I told him through text repeatedly that I would like an itemized bill which he refused to give me. I told him that I was never informed of a service call and that had any work been done I would happily pay it. His men were here (who were nice) and did little more than speak to him on the phone. I asked what costs were incurred and he could not answer. I asked 3+ times for the invoice. He even said he would eat the 89 because it was not worth it. I said I did not want that. I simply wanted an itemized bill. He again refused. My issue was never with the quote. I found it a bit high but not insane. My issue was with a service fee I was not informed of and for no work. He spent more time blowing up my phone then they did at my house. I seriously do not suggest doing business with this guy unless you want to be harassed for the next two hours. I have submitted a copy of the texts and calls to the BBB. If anyone doubts the validity of my review. You will be able to read them within a week when they post them online.

BMS Heating Cooling & Refrigeration is a great company to work with. Brian is very professional and the service is always done quickly and at a reasonable price. I highly recommend BMS .

Have used BMS for several years and have never been disappointed. The owner, Brian, is trustworthy and does excellent work. Rates are reasonable. Customer service is excellent. Highly recommend.

BMS are friendly and professional folks to deal with. They put our Heat pump system in and anytime we needed help or had questions they were right there. Fair pricing and skilled technicians. The go to service in Teays Valley!

BMS is a reliable and reasonable company! They are great to work with

I highly recommend this company! Our refrigerator stopped working a few weeks ago and Brian was able to come look at it the very next day. This company is very professional and easy to work with.

Great service, I called on Monday and they were here the next morning! The service was professional and they did not try to oversell me. The technician was on time and I highly recommend this company. 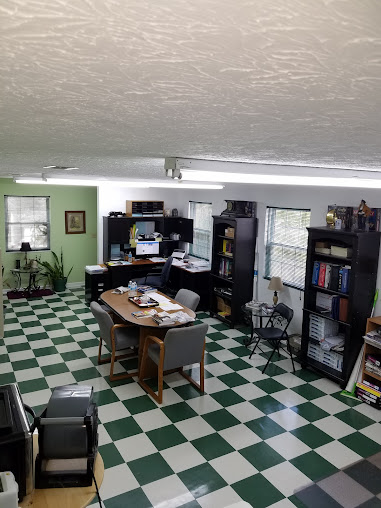 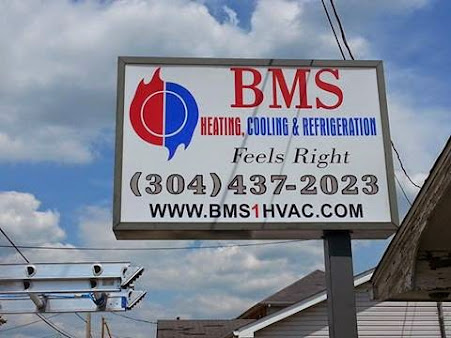 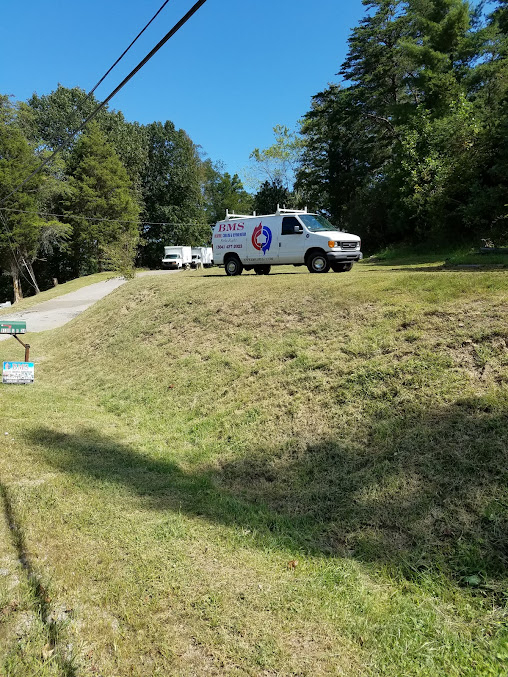 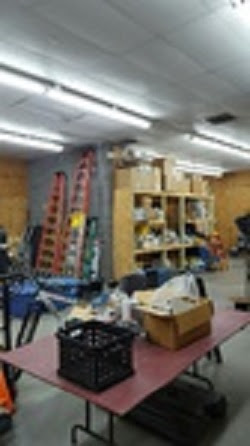 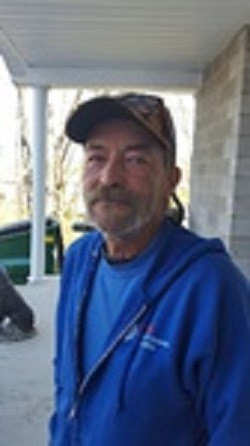 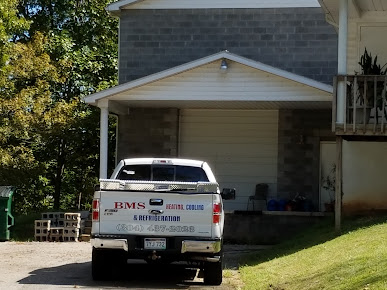 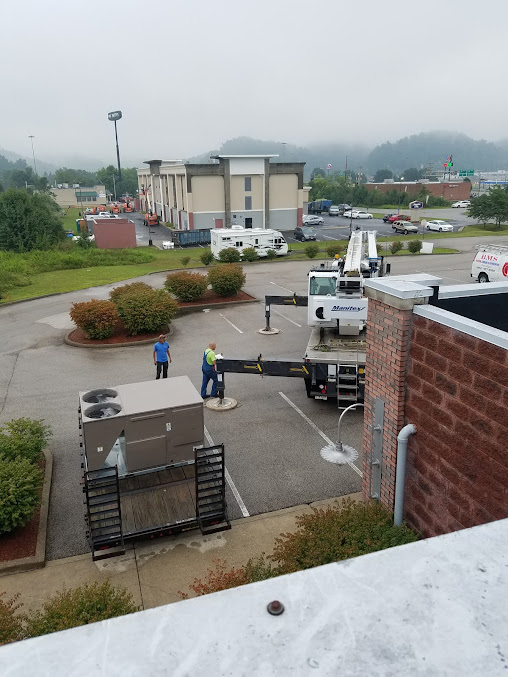 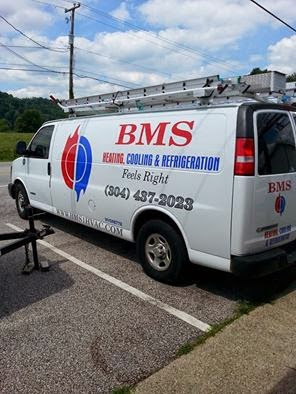 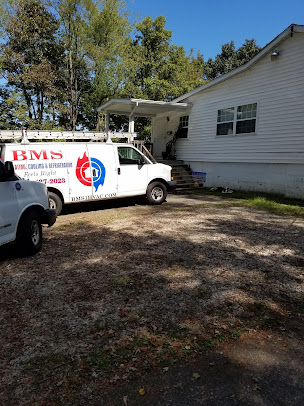 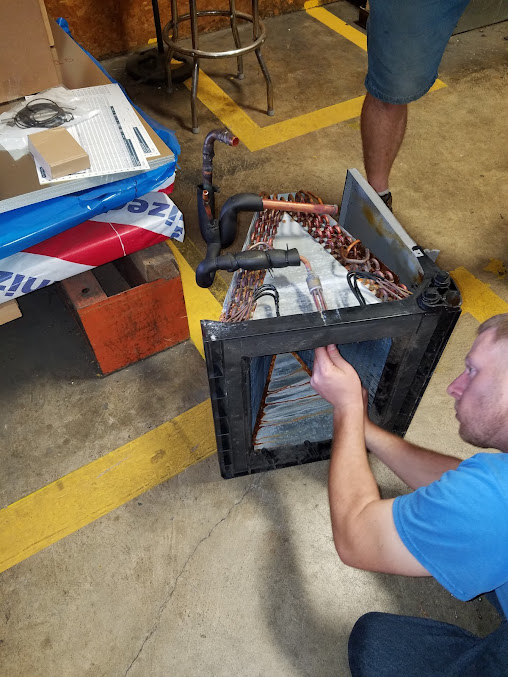 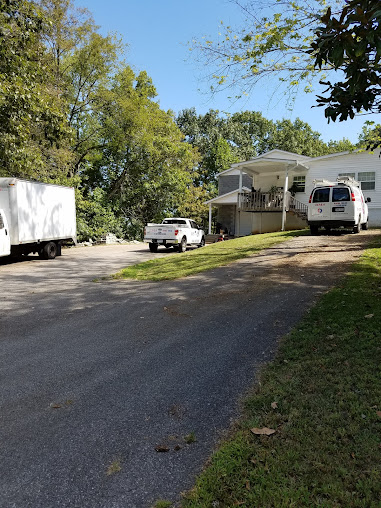 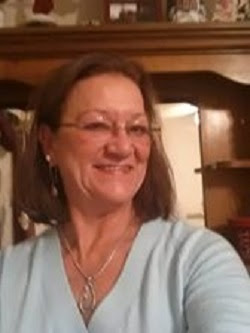 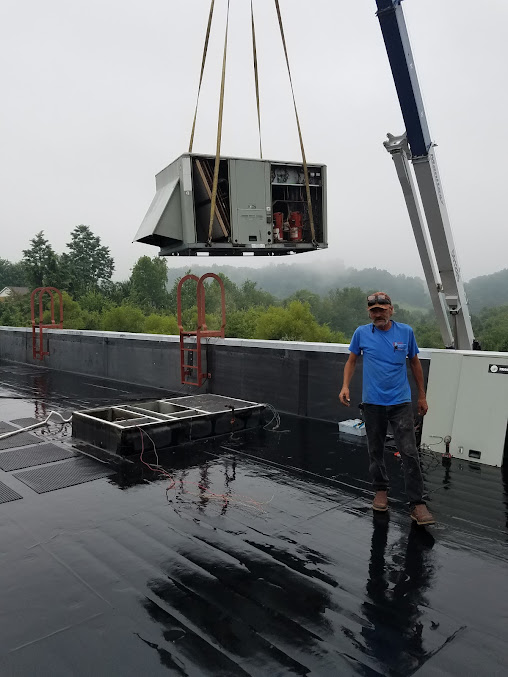 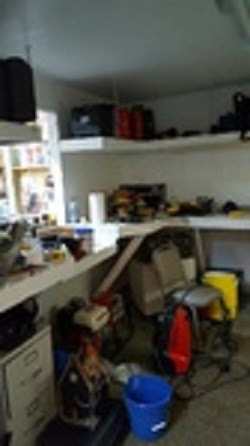 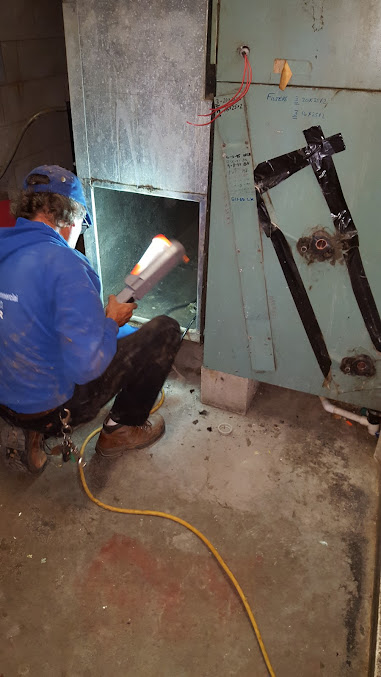 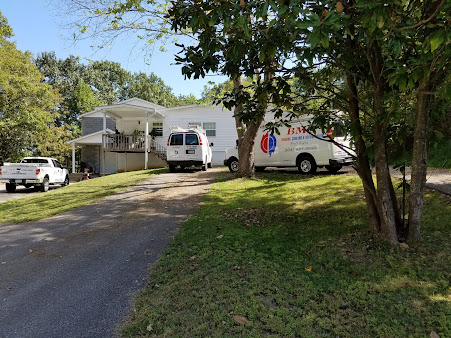 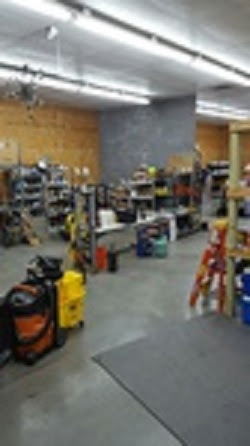 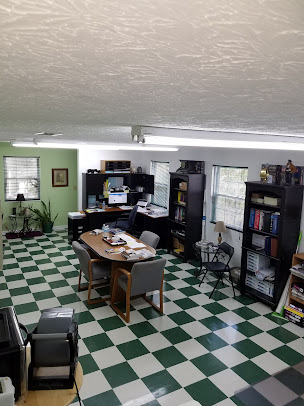 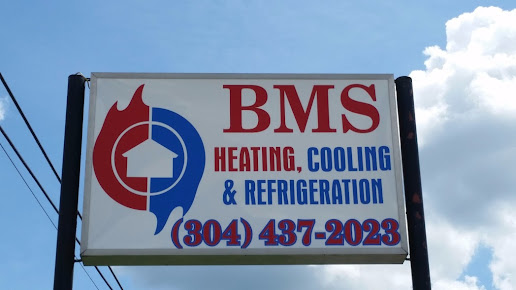 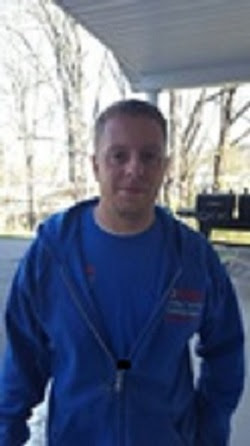 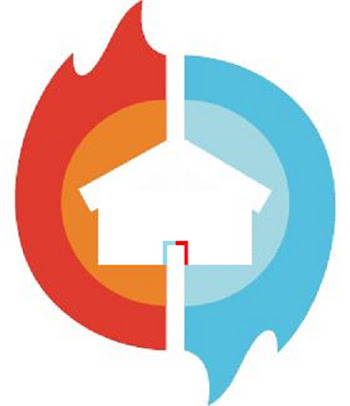 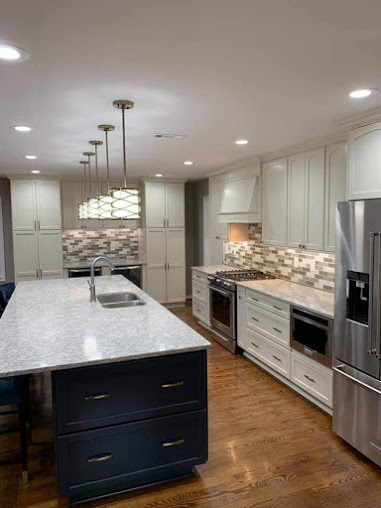 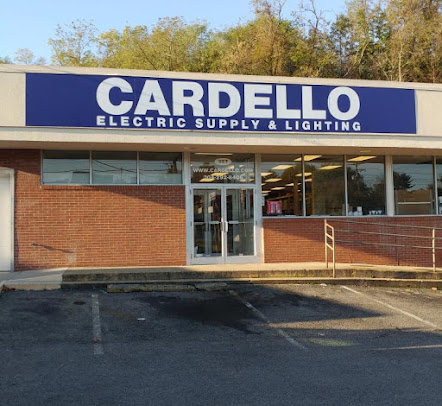 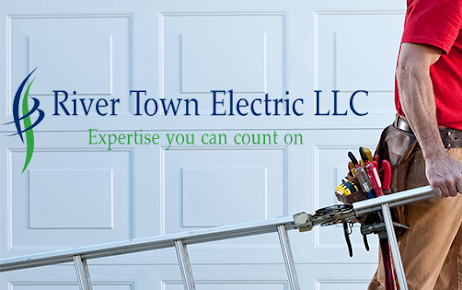