Here you have the opinions of people who purchase the services and products of Vance\'s Driving School (Driving School) near Maine.

Currently the business gets a score of 4.5 over 5 and that rating was based on 51 reviews.

You may have noticed that it has an average rating is almost the highest, and it's founded on a large number of reviews, so we may think that the score is very accurate. If many people have bothered to value when they are pleased with the service, is that it works.

As you know, we do not usually bother to give tatings when these are good and we usually do it only if we have had a problem or incidence...

Where is Vance's Driving School?

best driving school ever, it's lots of fun you learn alot and Rick is an amazing driving instructor!

I went though Rick many years ago never had a problem. Thought it was a great class to the point that I have sent my step Daughter and son though there both driving great and knock on wood accident free. In the next couple months ill be sending my daughter to his class and would highly recommend him.

Vances is the place to go! Rick is an outstanding man and cares lots about his students safety in and out of his class room. He has changed my perspective on driving and I'm ready for the roads!

We are constantly hearing from students and their parents who were very upset and had horrible experiences with Mullens. I disagree with Mrs. Popov. Why not share the truths. People should know what to expect if they choose his school. I can't help it if students who attend The Driving School have issues. Avoid them and you will not have to deal with them. Vance's teaches more!

I took private lessons with Rick and had a great time doing it. He's a really fun and easy going guy and he taught me until the day I got my license. Highly recommend this business!

This place is just wrong. I went to this school, and on my first day of driving my instructor, Rick Vance, and I got pulled over by police at a gas station. After about half an hour two more cars pulled in. I asked one of the officers what was up, and he told me that my instructor STOLE A PURSE earlier that morning, and had me driving the car with it in the back seat. Curious about this, I asked around school. Appareantly this instructor has said some pretty weird things to some of the female students at my school ( that an adult just shouldn't say). Just wanted to get the word out, DO NOT RECCOMEND!

The best and only place to go if you want to actually pass your driver’s test and be prepared to drive on the road.

Rick is a great guy and really cares about his students. Definitely the most knowledgeable guy in the area when it comes to this stuff 10/10 would recommend

Vance’s driving school is a very good class that teaches you a lot while having a good time. Rick Vance is a great teacher that comes from a good family with lots of driving experience. 10/10 recommendation to enlist in this class!

Loved Vances! Helped a ton and you learn a lot!! Definitely take the road test prep before you test if you can!!

Best driving school around, highly recommend over an other driving school, great instructors, fun class, very easy going, enjoyable to be in. Owner does a great job of teaching his kids how to drive safely and correctly, very awesome school nevertheless!

Vance's website should focus more on describing their school, then making beef with Mullens. The whole website looks immature. And to many exclamation points!!!!!!!!!!

Course was fun and Rick was excellent

Hes a great teacher. The classes are pretty fun. Learned how to do things so much easier than I thought. 10/10 would recommend for your kid!

First off I wanna say that I would recommend vance's driving school to anyone and Rick Vance is a awesome instructor and a great person I was very honored to have him as my instructor. Thank you for all your help Rick.

I just got back from driving with an instructor to practice for my road test and he was absolutely Amazing! Years ago I went to Mullen’s but did not proceed with my license Until now. Meeting with the instructor for the first time today he was nice and made me not so nervous. Also he taught me to parallel park! I recommend coming here! Also I did book another appointment as well!

Vance's driving school is the place to go! Rick is knowledgable and teaches students everything they need to know about driving and more. The classes are entertaining and go by quick. Throughout the classes it is evident Rick cares about his students and wishes for them to be the best possible drivers and do everything he can to help. I learned a lot at Vance's and feel very prepared for driving on my own. I highly recommend Vance's!

Great place to take driver's ed. Not only is the environment fun and relaxed, you learn everything you need to know plus tips and tricks for when you take your test, and tips for driving in general. When you drive with him you feel safe and he helps you relax and smile despite how nervous you are for your first time driving. Great place would highly recommend!!

I can definitely say Rick really cares about his students. He wants each student to be a good driver and he works hard to make that happen.

Awesome. Really cool how he makes sure we get it even if i d ont read great

I attended Vance’s Driving School and would not recommend it to anyone. I did not learn nearly as much as my brother, who attended The Driving School, in Gorham. All of the course videos were extremely outdated and barely applicable to this day and age. When it came time to take a quiz, Rick (the owner and teacher) handed each table, which had 6+ people at it, one piece of paper, and instructed them to tear it into pieces, and for each of them to take one tiny piece, and write their answers on it. Rick was constantly swearing, and made multiple extremely inappropriate jokes toward the students. During one of the videos, Rick told all of the male students to look away while one of the actresses got “naked.” It turns out that the videos did not actually include any unclothed people. It was just another one of Rick’s “jokes.” Also, the entire length of the course, Rick told the students that the group that did the best on the final quiz would gain an extra 5% on the test needed to pass Driver’s Ed. It turned out that he was lying, just to motivate the students. Also, Rick would not stop making fun of one of the student’s accent. He made the student speak in front of the class, just to laugh at him. He also forced the same foreign student weave his bicycle though a line of students, while wearing the “drunk” goggles. This was extremely dangerous, because the goggles distort your vision, and the student could have fallen, or crashed into another student. While on the road, Rick did not pay close attention to the road. Instead, he was constantly on his phone, chatting, and scrolling through it. Multiple times during my student teacher driving time, he directed me to his house and had me park the car while he nonchalantly strolled in to find an apple, or feed the dogs. He also directed me to drive to other places, so that he could run his errands. After all of my time driving with Rick, I hadn’t ever merged on the freeway. He taught a fairly good version of parallel parking, but that was the only technique I felt he taught well. Overall, I thought the course was a failure. After it ended, I had to learn everything I needed to know to be a good and safe driver. I highly caution any parent who is considering sending their child to this school.

Rick teaches class in a fun and unique way, I learned a lot from his drivers ed classes. I was really nervous to drive at first but he makes driving fun and easy, he goes over everything making sure you understand it.

Vance is a very good driving instructor because he tells us everything we need to know.

VANCES SUCH A GREAT PLACE !! WAS SO EXCITED TO GO AFTER SCHOOL !! SUCH GREAT CARS AND PEOPLE !!! 10/10 would recommend

Class was fun and teachable. Would recommend. Rick always made you feel welcome and a very good environment.

Rick is a cool guy.

They bent over backwards to help. Got rides home when stranded. Awesome fun classes and we were taught everything. Ten stars plus! Made learning to drive easy 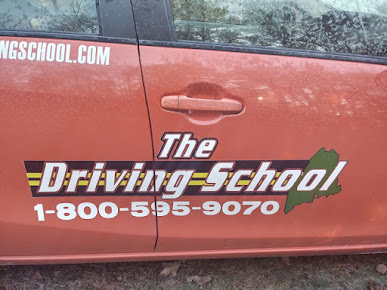 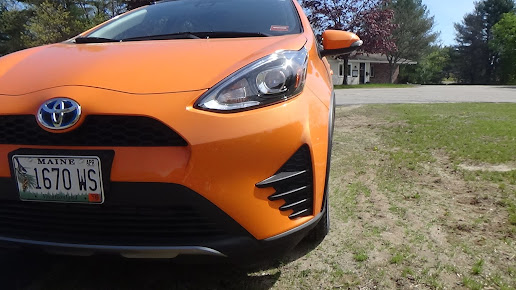 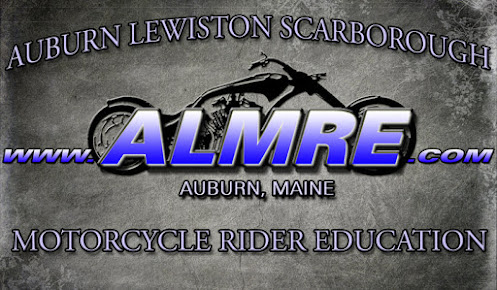