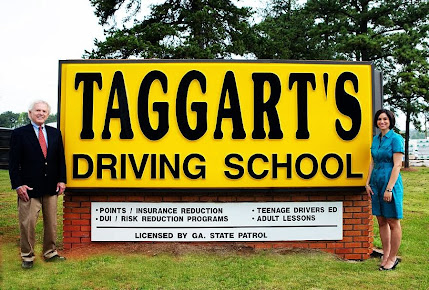 We offer you all the feddbacks of real people like you who purchased the services and products of Taggart\'s Driving School (Driving School) in Georgia area.

At the moment this business gets a rating of 3.2 stars out of 5 and that rating has been based on 13 reviews.

As you can see it reaches an reviews average is average, neither too high nor too low, and it's based on quite a few opinions, so the evaluation is quite credible, although it doesn't have a enough quantity of assessments to confer it total reliability.

As you know, we don't usually bother to write evaluations when these are good and we usually do it only if we have had a problem or incidence...

Where is Taggart's Driving School?

My daughter took her drivers ed classroom course and 6 hours driving here last Summer. She had an excellent experience, especially with the 6 hours of driving, which she felt really prepared her for her driver's test and made her a more confident driver. She had nothing but good things to say about the driving instructor. I am planning to enroll my son here this Fall.

I paid for my granddaughter in July, they have yet to take her out on her 6 hour driving class, they keep rescheduling. They do not have enough instructors.

Disappointing. My daughters and many of their friends attended driving school. The instructor and the course material were not engaging - at all. Plus, Taggart's did not let me know at the end of the course to go ahead and get the 6 hours of driving scheduled. When I did call, they had no openings for 3 months!

3 month wait. Signed up for driving lessons for my son to get his license and there are no slots available until next year. Was assured he could get them in quickly. Prepaid and no refunds. Dont waste your money unless you can wait months.

We chose Taggart's for my son several years ago. It was an excellent experience, and they did a better job than we could have done ourselves. He quickly got real driving experience (as opposed to our plan of driving around empty parking lots). That experience built his confidence, as well as gave him a good perspective on the responsibilities that go along with driving. I believe it also helped his focus in learning from professionals rather than parents. Ultimately, it is up to each family to choose the best option for their child, but keep in mind, if you choose professionals, you must allow them to do their job using their proven methods. That means you are relinquishing some control. Ask questions and encourage your child with positive reinforcement to be active listeners, as well as for them to communicate with the instructor (letting them know of any concerns, fears. I would use them again and recommend them to others.

Not a fun way to spend your entire spring break. But very productive. Whole class time checked off. My son learned everything to be able to pass the written driver's test. And I'll get $150 GA tax refund.

Emotional abuse at Taggart's in Tucker Recently, my wife and daughter went to the Lawrenceville location of Taggart for my daughter’s driving test. We paid our $85 and the result was the most abusive, disrespectful, deflating, confidence crushing, shocking, and dumbfounding customer experience of all time. My wife and daughter arrived to greet a surly, red haired, thin woman in her 70’s. Let’s call her “Grumpy”. As they reached the door of the room where Grumpy was sitting, without getting up or even lifting her head, she barked “Across the hall” indicating she wanted them to go to the room across the hall. It ended up that Grumpy was the one who administered my daughter's driving test. The test was stopped even before my daughter was allowed to take the field driving test. My daughter did not know what had gone wrong and came back to the waiting room crying. My wife asked a question about whether using a backup camera was against the rules. Evidently, Grumpy was not too pleased with my wife’s question and snapped back the following: - “your daughter went over the double yellow line while backing up” - “she was going to hit those cones!” - “it didn’t matter if she had that backup camera or not, your daughter was not going to make it” - “backing up, you have to keep looking back the whole time; you cannot look forward” - “she didn’t use her turn signal when parallel parking but that didn’t kill her” - “but then she was going to hit the curb so I cancelled the road test” My daughter is nearly 18 years old and has had her permit for over a year and a half. She’s successfully driven with my wife and I over 100 times including all of the major highways in Metro Atlanta (at rush hour) without any issues. She has practiced and successfully performed all driving skills. My daughter has worked very hard to pass her test. In the meeting at that point, Grumpy make a value judgement on my daughter and her ability to get her license, “Honestly, I don’t know if your daughter can drive or not. We didn’t even make it to the road test.” At this point, my daughter burst into tears. Here’s my 18-year-old daughter who has worked hard to learn how to drive and Grumpy has a value statement. My wife was absolutely dumbfounded and needed time to process what was happening. My daughter was upset and crushed. Clearly, she was thinking that she would never get her driver’s license after working so hard. At this point, my wife and daughter only wanted to escape the continued emotional abuse. But Grumpy went on, “If it was nerves, then you should repeat your driver’s test as soon as you can but not at a Taggart location.” She did not encourage my wife and daughter to use Taggart again. Perhaps Grumpy just wanted us to cut her workload? My daughter was deflated and crushed. She cried all day. My wife learned more from my daughter about what had happened during the driving test and could not stop thinking “how could someone who works with kids be so nasty?” My daughter took driving lessons at Taggart and we paid the $85 for her to be tested at a Taggart location for her driver’s license. Our expectation was a good experience where Maddie would either earn her driver’s license OR learn more about what she needed to improve upon to earn it. They received neither. Instead, my wife and daughter were emotionally abused, treated disrespectfully, and met with unnecessary cruelty from the elderly, red-haired, thin woman at your Lawrenceville (Tucker, GA) location who conducted my daughter’s driving test. This was not about passing or failing a driver’s test. It was all about a very unhappy woman either purposely OR inadvertently destroying my 18-year-old daughter’s confidence, spirit, and optimism. There is no cause for abusing another human being which is exactly what happened at the Taggart location in Tucker. Grumpy, if you are reading this, please don’t worry about any of my family using any Taggart location for anything ever again. In fact, we plan to share this story of abuse far and wide to help prevent it from ever happening again.

My daughter is learning everything she needs from teachers who take their time and actually teach. We would not have been able to have gotten everything taught to her that they have. The hands on driving with an instructor is what a young driver needs. It makes it a more serious and honest experience when there's not the emotional attachment of parent to child.

DO NOT GO HERE. ESPECIALLY DO NOT LET YOUR KID TAKE DRIVER'S ED HERE. THEY ALMOST KILLED MY DAUGHTER. THEY ROUTINELY TAKE KIDS OUT ON VERY BUSY EXPRESSWAYS ON THEIR FIRST IN-CAR LESSONS, AND THEY FREELY ADMIT THIS AS STANDARD PROCEDURE. THEIR INSTRUCTOR TOLD MY DAUGHTER TO CHANGE INTO THE LEFT LANE ON A BUSY I-285. THE INSTRUCTOR TOLD ME THAT WHEN THEY CHANGED LANES AND THE INSTRUCTOR REALIZED THEY WERE ABOUT TO HIT A SEMI, THAT THE INSTRUCTOR TOOK CONTROL OF THE CAR, BUT THAT MY DAUGHER WAS ABLE TO TAKE IT BACK IMMEDIATELY. *HOW* SHOULD THIS BE POSSIBLE WITH A DUAL CONTROL CAR?? WHAT IS THE PURPOSE OF THE INSTRUCTOR CONTROLS???? TAGGART THEN TOLD THE POLICE THAT IT WAS MY DAUGHTER'S FAULT AND THE POLICE ISSUED HER THE TICKET (WHICH WAS LATER DISMISSED BECAUSE THE JUDGE UNDERSTOOD IT WAS TAGGART'S FAULT). FORTUNATELY NO ONE WAS INJURRED, BUT MY DAUGHTER WAS INCHES AWAY FROM BEING KILLED. DO NOT GO HERE!!!!!!!!!!!!!!!!!!! DAN IMMERGLUCK DECATUR, GA 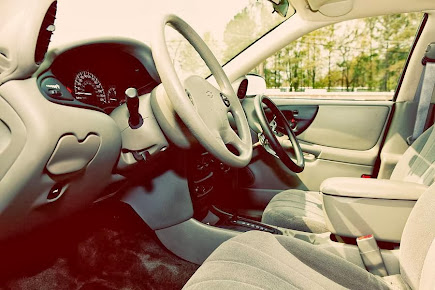 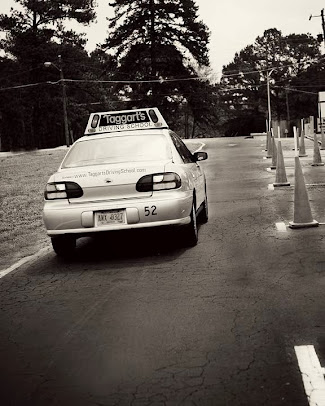 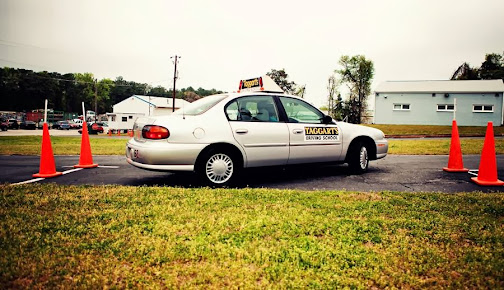 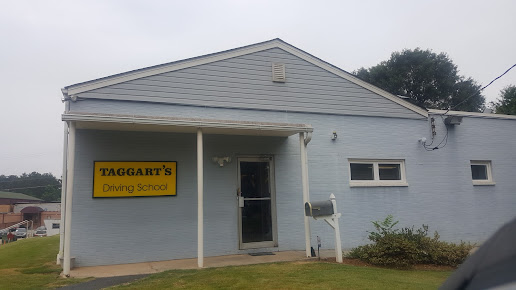 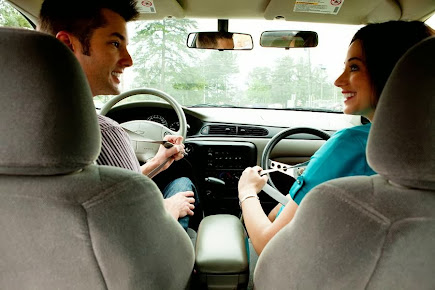 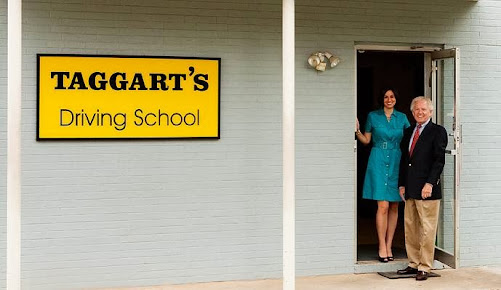 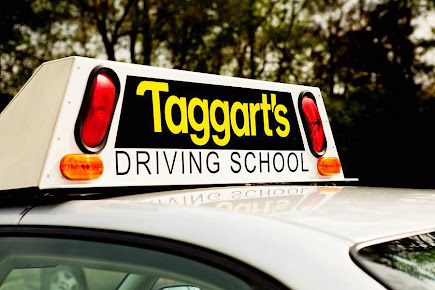 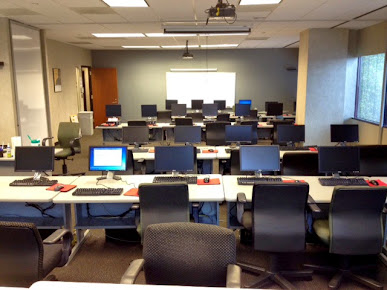 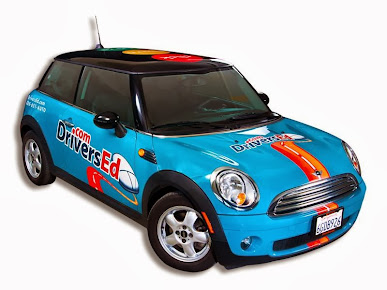 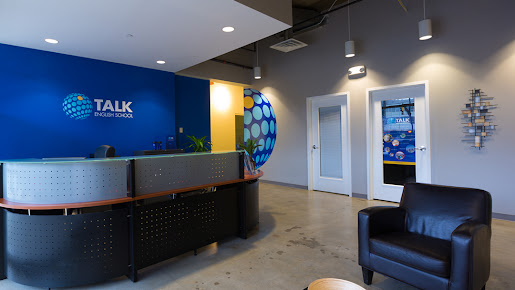 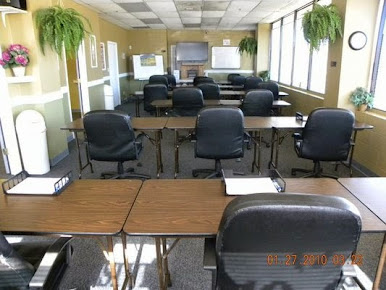