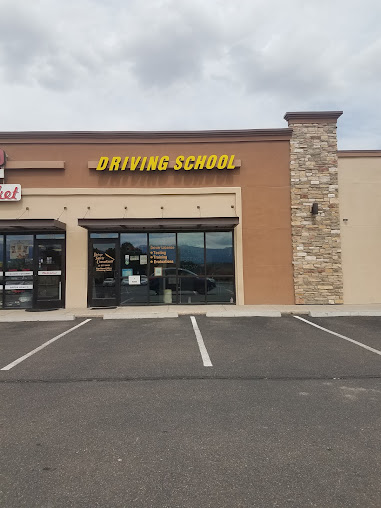 You will be able to see all the information of real people like you who are consuming the services and products of Driver Safety Consultants, Inc. (Driving School) around Colorado area.

Now this firm gets a rating of 2.6 over 5 and this rating has been calculated on 27 reviews.

As you can read, it reaches an feddbacks average is discreet, neither too high nor too low, and it's founded on a very large number of reviews, so we may be quite sure that the rating is very faithful. If people have bothered to value when they've done well with the business, is that it works.

As you know, we do not usually bother to write scores when these are correct and we usually do it only if we've had a problem or incidence...

Where is Driver Safety Consultants, Inc.?

The owner decided to increase the price of the class AFTER I signed my kid up for it and paid. The owner tried to make me pay the increased price. When I complained, he made no apologies, and acted like he was doing me some kind of huge favor for honoring the price I already paid. They also berated my kid for showing up late due to a medical emergency, even after they were told by me that he would be late. Finally, in other reviews, the business claimed that I am not a customer in an effort to try to get people to ignore the review, including the review that I submitted to the BBB. The BBB only accepts reviews from confirmed customers. They confirmed that I am a customer, and my review is posted there as well.

4 Hour Class and Permit Test were both pretty good. A little off topic at times but got the job done!

Very friendly and affordable. I actually was able to get same day service. Definitely no complaints

If you have another choice I would strongly recommend it. This company is very unprofessional and lacking communication. Almost every time we set a time and date they tried to change it or cancel on us. Also the owner, is very condescending toward young drivers. Very unrelatable.

Tom is a condescending smart-ass who is rude to both parent and student. I would highly recommend you seek another school for your child. I am by no means a parent who thinks my kids needs to be babied or sheltered but we hired them to help 'instruct' our son, not just berate him during his test. It was NOT a positive experience for us and most likely won't be for your child either!

Our experience with Driver Safety Consultants has been pleasant. They have worked around our schedule and have been a tremendous help in training our daughter to drive. The other reviewers on here who actually complained because Driver Safety Consultants takes driver training seriously are in outer space in my opinion. Driving a car should be treated very serious especially with teen drivers. Cars become weapons and/or death traps in the wrong hands and some people probably shouldn't be given a license if they don't take it seriously. I want our daughter to be ready and safe when she goes out on her own. Especially in bigger cities like Colorado Springs and Denver. All it takes is just one "mistake" and it's over. It makes me sick that people want to treat this like they are ordering a cheeseburger from McDonald's. These guys hold the driver accountable for their actions; this is a good thing. If your teen doesn't get it or doesn't take it seriously they get to fail. That's good news for all of us. If the other driving schools are just "nice" and take your money and let your teen pass that's a BAD thing and our roads become less safe because of it. I don't know about the other yahoo on here who claims they are about the money. Last time I checked this was a business and when has making a profit become a bad thing? Again they complained about being "nice".. They have been extremely nice with us. Never a bad experience with us. I have lost friends to car accidents that they have caused and I saw how reckless they drove because they didn't take it serious. Perhaps if they went through a program like this they would still be alive and the people they hit would be alive also. So if you want your teen to actually be safe and get real training to prepare them I would highly recommend Driver Safety Consultants. None of the other schools are as serious as these guys. If you want a cheeseburger then prepare to chauffeur your kid around for the rest of your life.

Drive Right is a better company in Colorado Springs and it only cost me 45$ to take a driving test for my license. I would recommend people take their business to people who want it, rather than these people, who did not want mine.

My daughter took a driving test and failed. While her failure was justified and she was not ready for the test (we just wanted to see what it would be like when the time actually came), the way the business handled the failure was heinous. They started out by making conclusions about her personality, calling her impatient and impulsive and eventually crazy. Then, as I tried to stand up for my daughter to make her feel better, he told me not to make excuses. The instructor also had a chip on his shoulder about teen drivers due to an accident that killed his own daughter (which he brought up at least three times). Also, for a retest, it cost an additional $40. Go to American Driving Academy, $25 for additional tests and they are actually nice there...

Daughter has been going there to get permit and eventually her license. This school is ALL about the MONEY. The office lady is very rude every time you talk to her. We have been dealing with the school for going on 5 months now and she has not been nice or positive once! sorry she was nice the first day I walked in and handed her my credit card. Stay away it is ALL about the $ at this place.

Tom and Nancy were great! They helped my son out at the last minute. I'd recommend them highly to anyone!

Excellent Driver safety school for new drivers. I have had three sons go through this school. Ages 28, 20 and now my youngest is 15. Tom and his staff have been always very professional. I have and will continue to recommend this school to others

From the moment I made a payment, this has been a nightmare. I didn’t hear from someone for days to make a schedule for my son, and when I finally did talk to the owner about not hearing anything, he made the excuse that the instructor said that he called and text with no answer. Frustrated because I never received a call or a text, I then asked for the instructors number. The instructor was beyond rude to us, basically telling me that I needed to be patient and that he was just too busy to deal with me right now. Furious, I called the owner back to you didn’t even have the courtesy to return my call with my complaints. The instructor was a little bit nicer when he called me back, but then we had a difficult time scheduling days and times that work for both of us. It took several weeks for us to find days and times that would work But we figured it out. After we figured out the time, he called me several times over the course of a few days to try and reschedule those times, with the excuse each time that he had double booked himself. Well I can understand is happening once, three times? Are you kidding me? After the third time I thought that it was finally sorted out, But then he called again and couldn’t remember when my son was scheduled! Get a calendar! It is absolutely absurd how many issues I’ve had with this company. I would never never recommend them to someone else. All of this has happened before we have ever had our first appointment with them. If we weren’t on limited time to get my son through this course before school starts, I would demand a refund and go with another company. Do yourself a favor, call someone else.

My driving instructor left the company and no one told me so I had been waiting for a while to get one of my driving classes done. There is no communication from this place. I would not recommend. Driving classes were ok but when they teach you behind the wheel its like they don't no what to do.

Tom taught my daughter how to have confidence behind the wheel and drive safely at the same time. He was the key to her overcoming her fears and being able to relax and learn. He takes his job seriously and was led to do it after what happened to his daughter .

If I knew how RUDE the owner was going to be I would NEVER have never taken my hard earned money here.The whole time I felt like I was being berated and at the end of he test he had the audacity to slam on his brake because I misunderstood where he wanted his car parked. I can only imagine how he treats disabled people and the kids. Scary! If I could give this place a negative star I would. Will not be referring anyone to this place!

The owner is a tool who does his best to gouge every penny from his customers, the teaching is inconsistent at best and harmful at worst ie, telling the students to not check your blind spot when changing lanes, and conduct in the classroom is very unprofessional. If I could give this place 0 stars I would. I hated every second in the place, do not take your child to this place 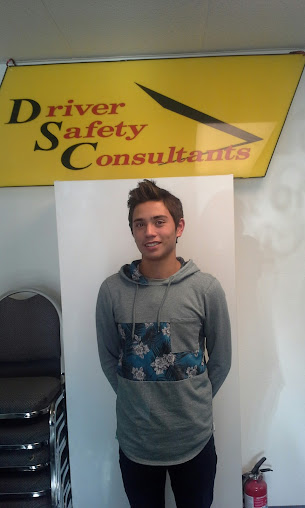 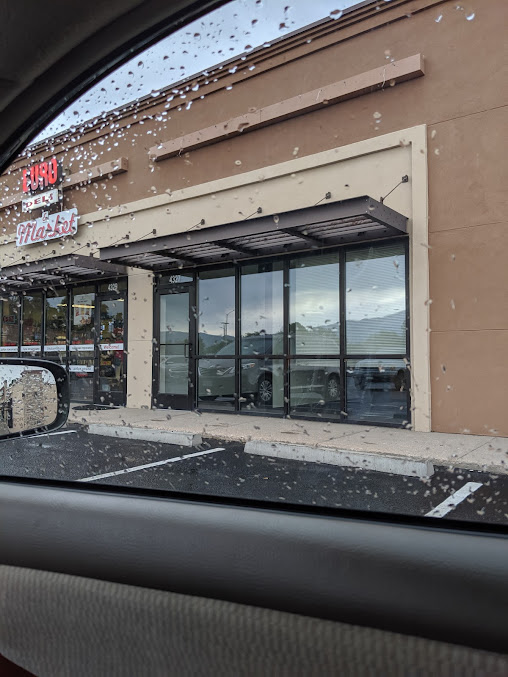 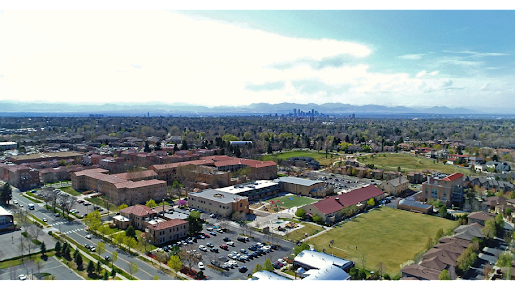 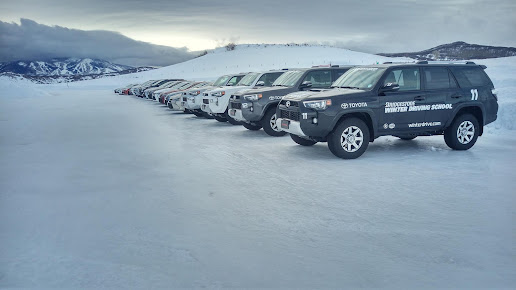 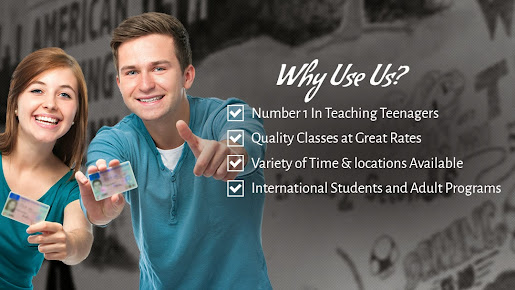 Learn To Drive with Commu...