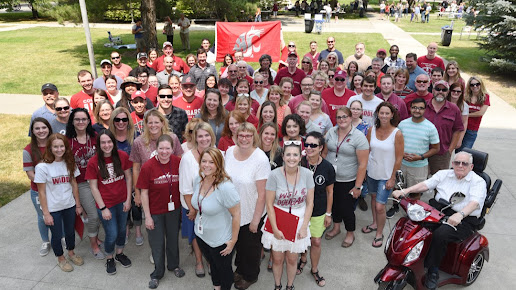 Here you will be able to see the reviews of people like you who bought the services and products of College of Veterinary Medicine (College) in the state of Washington.

As of day this business receives a score of 4.3 over 5 and the score has been based on 11 reviews.

As you can read, it has an average rating is very positive, and it is founded on an average of reviews, so the score is rationally accurate, although it doesn't have a enough quantity of ratings to confer it absolute credibility.

As you know, we don't usually stop to set feddbacks when they are positive and we usually do it only if we've had a problem or incidence...

Where is College of Veterinary Medicine?

REVIEWS OF College of Veterinary Medicine IN Washington

Amazing, never been there but I would like too. I've read all the reviews and I have asked them questions. Very affordable, and a great way to learn. I am an animal lover, and I would like to go here because I would like to save animals, especially dogs.

Saved the day! Our dog, PD was treated by WSU almost 6 years ago. Since the surgery we had moved to a remote area in Belize. PD reinjured her leg about a month ago. After flying PD to the Animal Medical Center in Belize City we (Vet included) were at a loss. Animal care here is a little behind in terms of ultra sounds... Called WSU and they got on the phone with our Vet in Belize. Records / info were shared and PD had successful surgery and is now back home in the jungle recovering. A huge thank you to WSU, Dr Owens and Kinnzie. Thank you so much!!! .

Our 4 year old Persian cat Lou had surgery for cancer of the mouth /jaw (fibrosarcoma). After having the mass surgically removed (partial mandibulectomy) at SVS in Kirkland, he was referred to WSU Radiation Oncology for 18 rounds of radiation to his jaw (Sept - Oct 2017). Because we live in Seattle, Lou was admitted to WSU as an inpatient and received daily radiation treatments Monday thru Friday. During this time, our routine would involve me flying from Seattle to Pullman on Fridays to pick him up, flying him home to Seattle and returning him to WSU on Monday AM. This was our routine for 3 painful weeks. He received a temporary esophageal feeding tube at the time of his surgery to allow his surgical site to heal. During his inpatient stay at WSU, his feeding tube site became infected (MRSA). As expected, he was put into isolation. He developed fevers as a result of the infection however the attending WSU vet opted not to remove or replace the tube. Instead the colonized feeding tube was left in place and Lou was treated with many rounds of antibiotics all the while remaining in isolation. Before returning to Seattle on Friday afternoons, I would need to feed Lou via the tube prior to boarding the plane. This was a problem as I was not allowed to feed Lou in an exam room due to his infection nor could I feed him in the public lobby and the staff did not have time to feed him. One Friday, I was told I could sit outside the hospital in the cold rain to feed him; instead, I opted to feed him in the airport lobby. On the day of his 15th radiation treatment, the linear accelerator broke. Three days later, it was still not repaired so I opted to discharge Lou and forgo the last 3 radiation treatments. Once back in Seattle, his fever again spiked and he was admitted to a Seattle vet hospital in septic shock due to the feeding tube. The ICU vet immediately removed the colonized feeding tube because it was impossible to treat the infection as the source of the infection was the tube. Once the tube was out, he immediately improved and was discharged home 4 days later. Shortly thereafter he began to eat. Three months later, he had a repeat head CT scan that was negative for recurrence of cancer. Lou seemed to be happy, active and cancer free. We thought we were out of the woods. However, 6 months after his radiation treatment, Lou went into severe heart failure. An echocardiogram showed he had severe valve disease. Prior to radiation treatment, Lou never had a heart condition. In human medicine, valve damage and valve disease is a well known complication of radiation - bottom line, radiation can damage/destroy the heart valves. I am a medical provider in cardiology and treat/diagnose patients (humans) with heart conditions. I am convinced that the 15 rounds of radiation severely damaged Lou's heart valves. At age 4 years, he died of heart failure that was 13 months after his last radiation treatment. Following his death, I told the WSU Radiation Oncology team that I believe Lou traded cancer for heart disease. I requested studies and evidence that documented that radiation does not result in heart valve damage but my requests were unanswered. I have researched veterinary medicine journals but have found nothing published on the subject. My recommendation is that if your cat is referred for radiation, request a cardiology consult prior to starting treatment. LouLou RIP

I love the care and passion that the Vet School Students and Facility have. I have a long haired Cat and she gets matted very badly after her fur grows in. Even with brushing, this still occurs. I took her to another groomer who's advise was that she is in "Too much pain and should be put down" that the matted hair was so bad that they could not see anyway that grooming could be done. I have taken my cat to WSU for all her other needs and gave them a call, long story short I took her there. Granted they thought putting her under might be less traumatic, which I agreed too. I got a call a hour later that my cat did NOT need to be put down for the procedure, that she was just fine with the shaving. Any other place might have put her under 1st and did that, the difference is with this School and Vets they LISTEN to your pet. I take her there every year now for her "Lion Cut". I will be calling again today! Great place, Caring People.

Useless and incompetent student answering the phones and passing onto endless voicemail. Email is not much better.

I woke up from a nape and went outside to do something. My wife started yelling at me that there was something wrong with Cinder. (Cinder is my 13 year old pom/mix dog) I came running and found Cinder collapsed on the ground; he couldnt stand. He has diabetes so i thought he was having a hypoglycemic episode so i gave him syrup. It didnt work and he still couldn't stand so i rushed him to the animal hospital in town. They told me he needed an MRI but know-one was there to do it since it was late Friday evening. So all they could do was stabilize him and wait until Monday to find out what was happening to him; but they said there was a possibility he could die before Monday and suggested in take him to WSU since they always had a specialist on site. By this time he had been at the local animal hospital one night at a cost of $1200. They gave me an estimate of $3500 for him stay with them until Monday but i said, no i will take him to WSU because i didnt want to take the chance of him dying on me and paying that much without a diagnosis didnt make much sense to me. I drove 100 mile to get him to the teaching hospital in Pullman and they examined him and performed several test a determined that we could wait until Monday for the MRI since the full anesthesia team would be there at that time. they could call them in but he wasnt in danger. He had the MRI on Monday and it was diagnosed that he had had a stroke and he was paralyzed on his right side. However, he was getting better everyday and he didnt need and operation to fix or remove a clot. They were very diligent in finding out what had happened to him and you could tell they loved animals and doing what they were doing i.e, they loved their jobs. Everyone there treated my pet with overwhelming love and care and they kept me from going out of my mind from worry. I had never had a caregiver or vet treat my pets with so much care before and the cost was $400 for all the tests, except the MRI which was $1500, and care they gave him for 4 days in the ICU. I couldnt believe how much more the local animal hospital was charging for inferior service and care. I cant recommend WSU vet training hospital enough. Their level of care, knowledge, skill, love and low cost is second to none. They are hands down the best of the best!

Took my Colt in for colic late last night.. the team was great and very helpful.. Hope all goes well, I left feeling a bit better..

We brought our very sick dog over to WSU for diagnosis and treatment. Unfortunately our dog was beyond treatment. Our experience was made comfortable by the Vet Student (sorry I can't recall name) and Dr. Ana. Dr. Ana was was professional, kind and compassionate beyond expectation. I would highly recommend taking your companion to this Hospital.

Business Hours of College of Veterinary Medicine in Washington 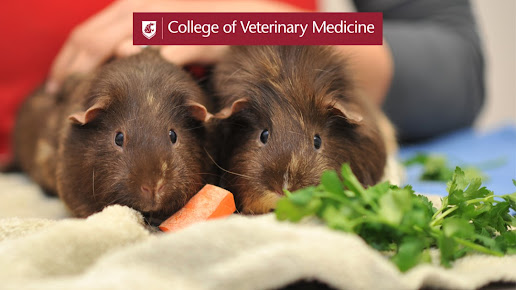 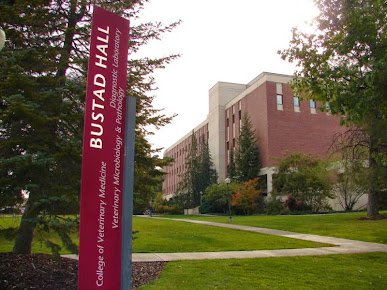 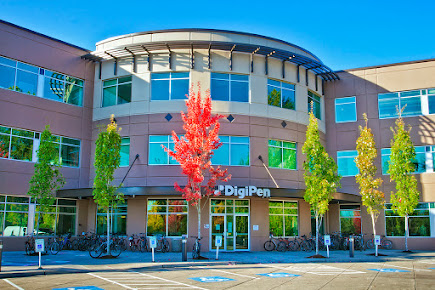 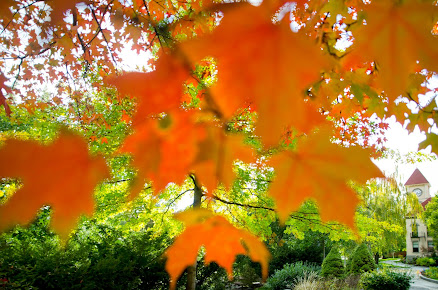 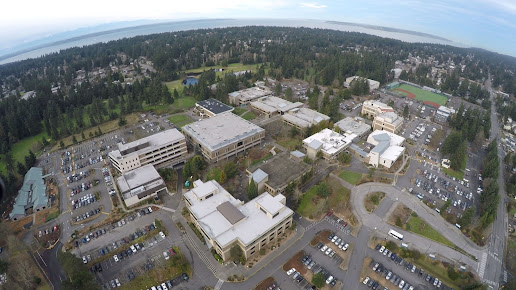 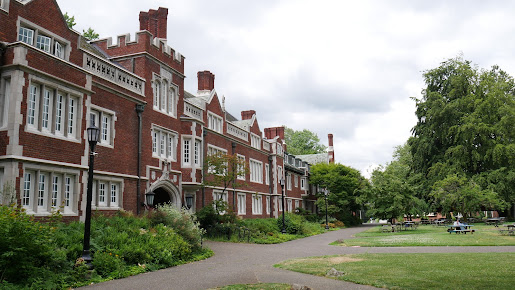