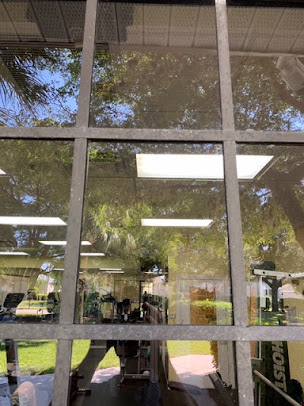 At the present this business receives a score of 3.8 stars out of 5 and this score has been based on 25 reviews.

You must have seen that it has an average rating is quite positive, and it's based on a large number of scores, so we can say that the rating is quite credible. If there are many people who bothered to evaluate when they are happy, it works.

As you know, we don't usually bother to place opinions when these are good and we usually do it only if we have had a problem or issue...

This Cleaning Company belongs to the category of Window cleaning service.

Where is Atlantic Window Cleaning?

Excellent job on my windows

I couldn't be happier with the job they did on my windows. On time, professional, attention to detail and....the price was VERY reasonable. Will definitely call again.

Showed up at promised time, price was OK but windows were not completely clean

Got this company from the browards Best Pick Report and they are the best pick by far, my windows and house look great!! Thanks Guys!! ****UPDATE**** 2ND TIME USING THEM....FANTASTIC JOB****

This company is completely disorganized!! I scheduled an appt for a consultation/cleaning if I agreed to the price. She made the appt from 1:00-3:00pm. Day before appt someone called to confirm 11:00-1:00pm & I said that's not a time I agreed to as I know I'm never home at that time. When I told him she said 1:00-3:00 he said we never schedule then but could do 2:00-4:00 which I said is fine. The next day the guy came at noon (2 hours early) when I wasn't home. He came back at 1:00, took a look at a high window I have in the living room which can be accessed by an opening in my screed enclosure with a ladder. He said he couldn't reach it. I told him another company (Fish Window Cleaning of Boca Raton) has done it 3 times so I don't understand why you say it's impossible. He refused the job because of this and left. OK, end of story and no big deal. I called Fish and scheduled it. A week later Sabrina's Atlantic Window called me to see if I want to reschedule. I told her her technician refused the job...OK now I seebig lack of communication in this company. Today, after another week has passed they called me AGAIN to see if I WANT TO RESCHEDULE. At this point I didn't answer and blocked their number. AS I SAID IN THE BEGINNING, THIS COMPANY IS DISORANIZED TO THE POINT OF BEING DYSFUNCTIONAL. 1/16/19 My follow up to your response: As I said already, your inter office communication is sadly lacking but your imagination in writing your response is very creative as what you wrote is quite innaccurate. I am the only one who answers my phone and I certainly never screamed at Kara; I was not angry at her or your company's ineptitude & I had already scheduled with Fish. I merely told her that I didn't cancel the estimate, your technician said he couldn't do the job so I don't know why you're calling to reschedule. So after that why would you call again? Obviously you guys don't communicate. And there was no misunderstanding with your tech; his English was fine & to be honest I don't even recall an accent. Your company is just incompetent and disorganized as previously stated. But do continue with your creative writing classes because that's where your talent lies. Good luck to you!

So I found Sabrina's when I googled searched for a window cleaner because my guy never showed for two days in a row. I was kinda hesitant to use them even though they do a lot of my neighbors because on yelp / google they have less than stellar reviews, but I called them anyways because I was in a spot because we were having 50 people over the next day for my mothers 80th birthday party...... the girl on the phone was very accommodating, squeezed me in and assured me that they do a great job and if there was any problems they would send someone out asap to fix it and that for a real review of their company I could check them out on HomeAdvisor, Angies List and the BBB that they have really good reviews on those sites that people just go on yelp to complain. Well i'm glad i listened to her, they did a better job than my guy, great customer service They definitely won my business! I promised the girl on the phone if they did a great job I would give them great reviews where ever I could, they earned this review :)

I took a chance and pulled there company off the internet and I thought they were great. The service was reasonably priced and the guy did a good job. I even recommended the company to friends.

Horrible experience, please do not hire these guys. They are unprofessional and we will be filling a formal investigation with the BBB.

Grade: B I've used this company several times over the years and will book with them again soon in the upcoming week. They show up on time and do good work. I've had to "flex" a little to get "special offers" advertised in the past and the sales team wasn't very accommodating either so I didn't book... And, there have been some "communication" issues in the past about what exactly was to be done. I actually told someone "interior & exterior window wash, main floor only" when they arrived (confirming my booking and rate quote) and they pressure washed the outside driveway (What? I didn't know...) and returned requesting payment and I quizzically asked about the interior and they graciously acknowledged that they didn't follow directions (and I had a nightmare vision of someone trying to pressure wash the interior) ...he then completed the windows without a problem but it was a little ODD. (And it wasn't a language barrier: interesting.) Overall, other jobs have come off without a hitch. They do call a lot soliciting so if you don't like the sales pitch and regularity aspect of that I would suggest you request they "take you off" or "keep you off" their sales call list. Nonetheless, sparkling clean widows always "feel" good!

Terrible!!! The first time I hired this company few years ago, two guys spent about 90 min. on seven windows in my small condo, have done a good job, took their check for 80 bucks and left me totally satisfied. Naturally, when I decided that I need another cleaning job I called that good company. For starters, the price already went up to a 100 bucks - and I did not build any new windows... OK, I agreed, two guys came about and after 30 (thirty!) minutes said that they are done. When I checked out their work I found not only ALL windows' aluminum slides left totally untouched but also one mosquito mesh bent and barely hung in it's place, and a broken sprinkler head (see the attachments). On a top of that, some of my vegetation was ruined by the way which I cannot attribute to anything else but pure vandalism. From the moment of their arrival those two "workers" projected the attitude of hatred, I don't know, either to their job or, to me or, to my community or, whatever... Calling the office was not much more satisfactory: few excuses du-jour from the operator and a promise to "talk to the manager". THREE WEEKS later I got a letter from that "manager" with an offer of 20 bucks discount for next cleaning job. Obviously, this company will never be allowed anywhere near my property. Too bad, used to be a good company.

I thank Atlantic Window Cleaners for cleaning my house, gutters and windows. They are so respectful of my home. I can’t recommend a better company. Linda G

BOB WAS GREAT! Looked the windows over, gave me a price. He did a great job. I believe the job was a lot more involved then what he probably saw in the beginning. The tracks were a god awful mess. He never complained about the windows or the tracks or how much time it was taking. The windows looked like new when he left. I would definitely use their service again if Bob came with the deal.

Great Company, we have used them on several big window cleaning and pressure cleaning project getting our snowbirds homes ready for there return, nothing but great things to say!!!!!!!!

Perhaps there are others in this company who do lousy work and the company should know that their reputation depends on who they use to service us. I cannot say enough nice things about the quality of the work from Brian and how nice my windows and sliders now look. Brian was on time, polite, professional and did a terrific job. I will use this service again. I will recommend them to others. But I will also recommend they request Brian. Why try someone new when you’ve already got the best!?

Awesome service and great price! Francisco was polite, on time and paid attention to detail. I walked right into my sliding glass door because it was so clean I couldn't see it! Will definitely use them again.

Couldn't be more pleased. We've had our windows cleaned every year for the past 16 years and we have never had a problem!

Very unprofessional company to say the least. I was given an official quote for services to be completed. No one showed on the dates requested nor did I receive a phone call. Someone eventually showed days later and quit midway through the job and didn't bother to inform us. Let alone I was asked if I had tools to do the job. When we called to follow up they said the job wasn't priced correctly. In my opinion, don't waste your time with this unpredictable and unreliable company. 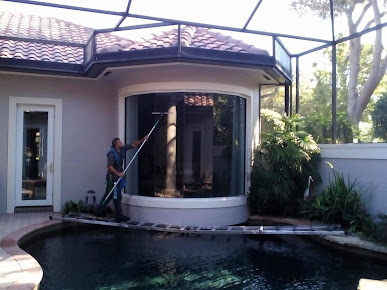 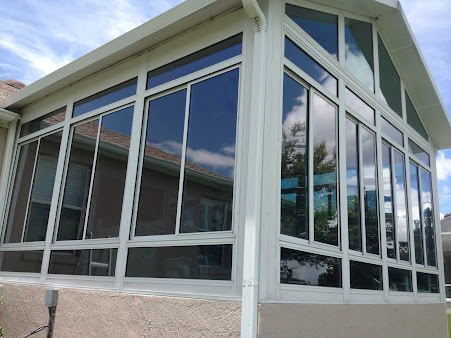 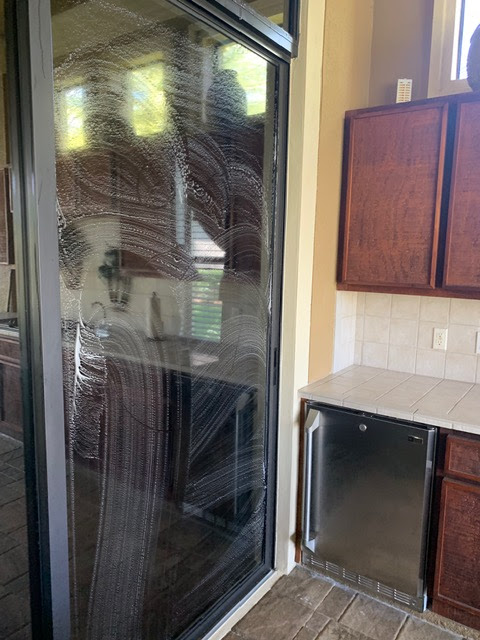 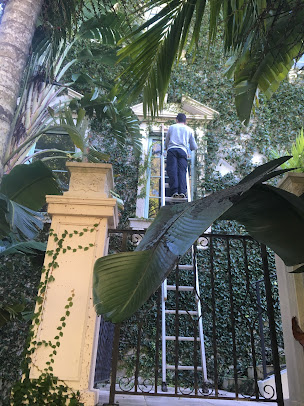 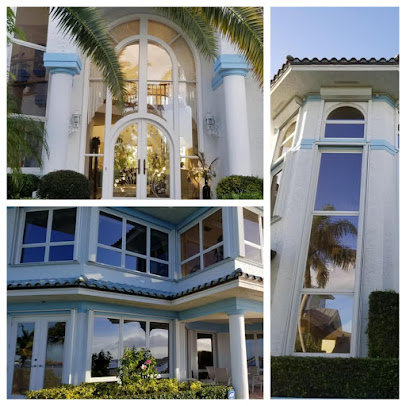 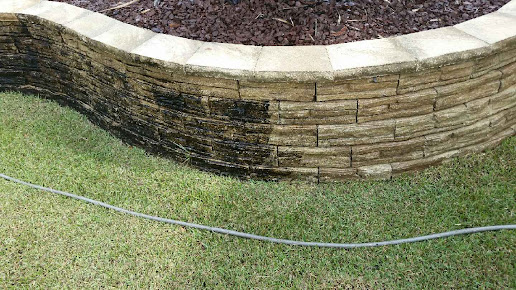 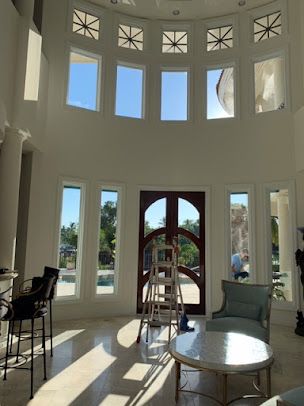 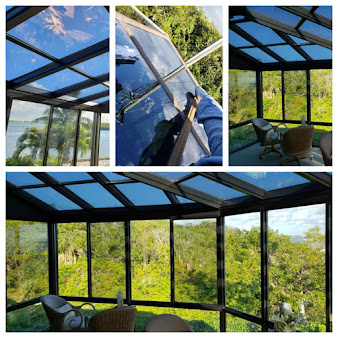 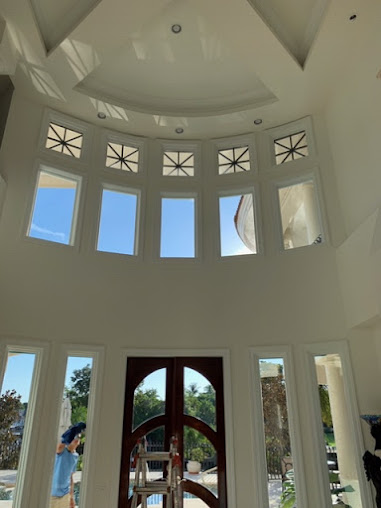 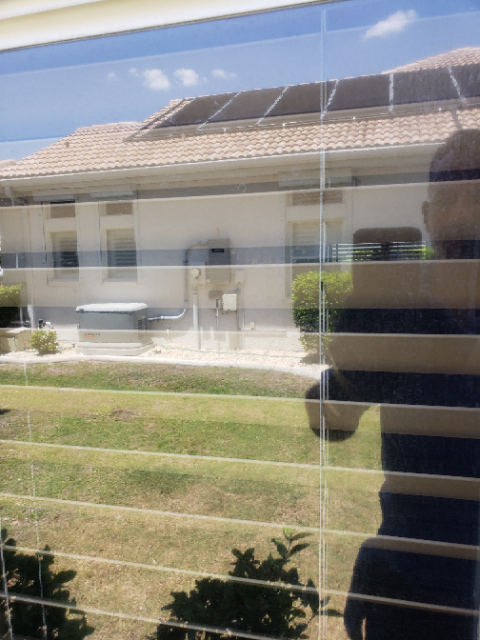 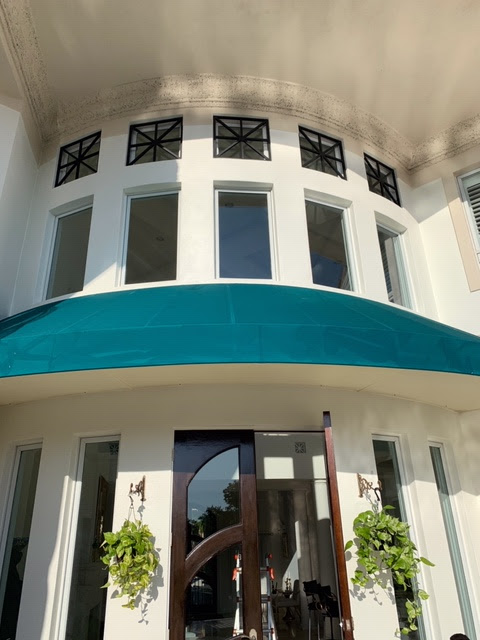 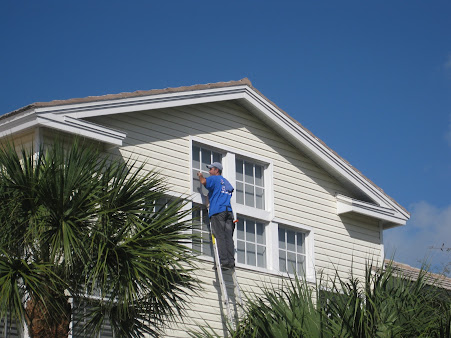 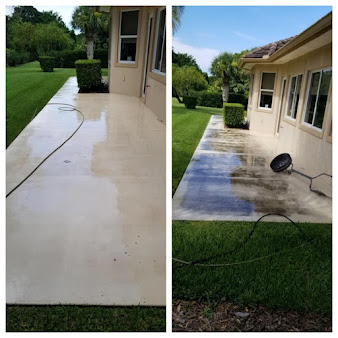 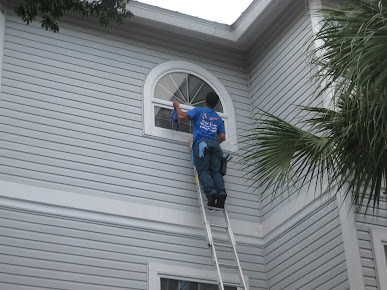 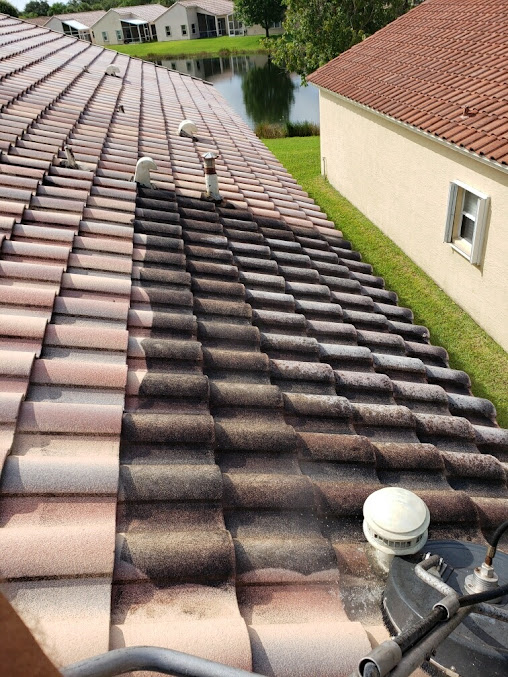 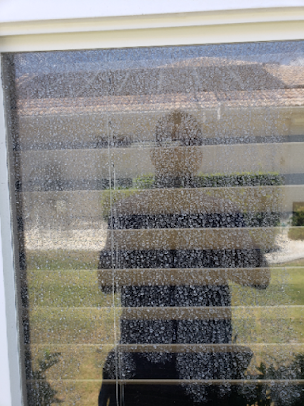 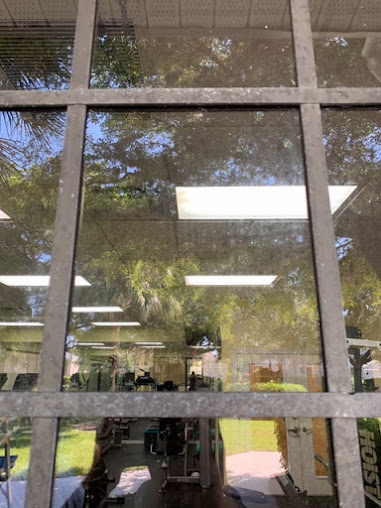 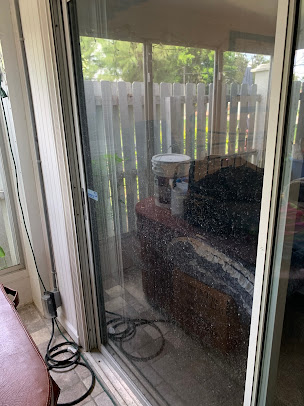 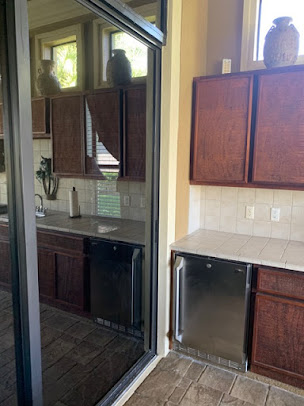 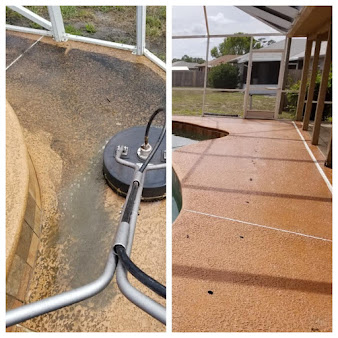 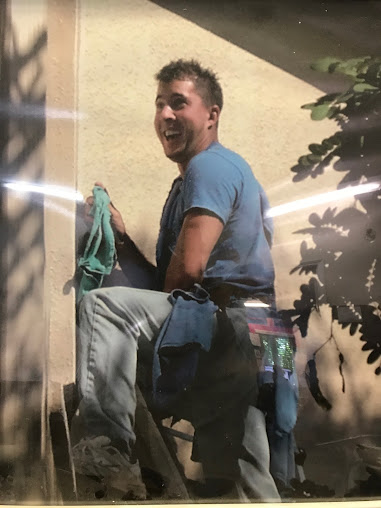 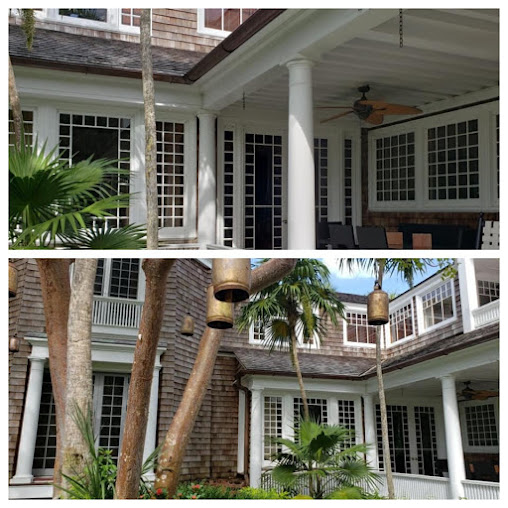 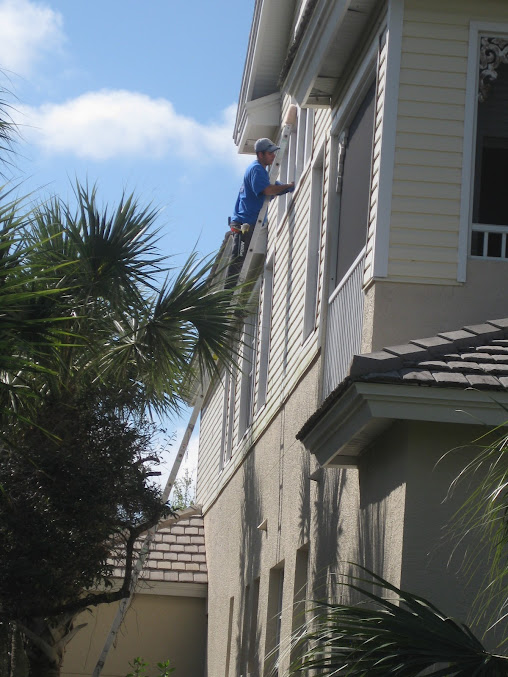 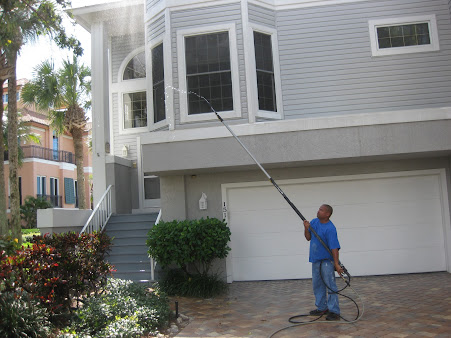 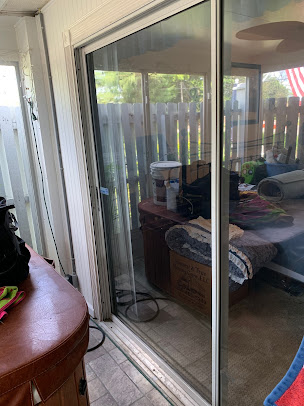 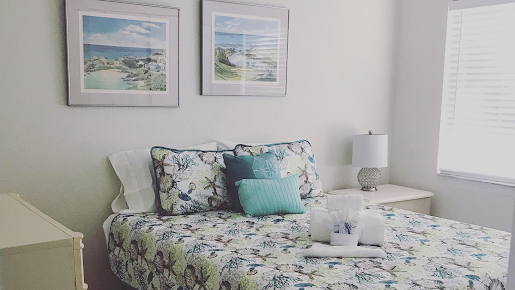 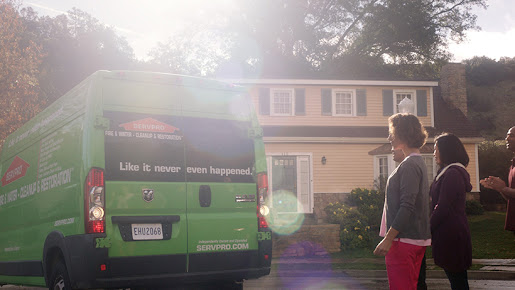 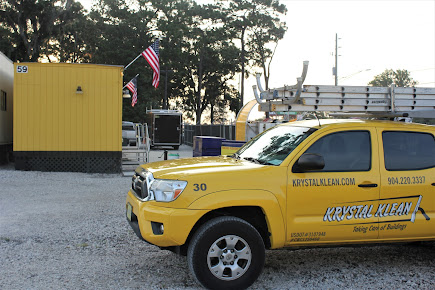