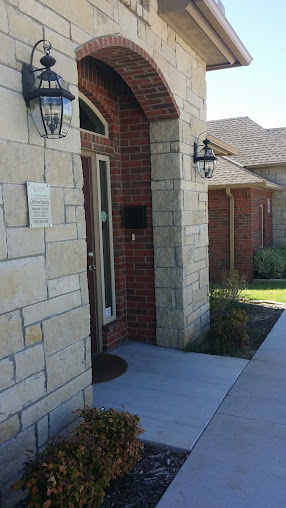 At present this firm gets a score of 4.9 stars over 5 and the rating was based on 26 reviews.

You must have seen that it has an average rating is practically the top, and it is based on a very high number of scores, so we may conclude that the assessment is very credible. If many people have bothered to value when they are happy, it works.

You know that we do not usually bother to place tatings when these are good and we usually do it only if we have had a problem or incidence...

Where is Hefner Chiropractic?

REVIEWS OF Hefner Chiropractic IN Oklahoma

If you have any joint/spine issues please call. Been going to chiropractors for over 15 years and she is the first to approach the issues with a goal of correcting not just adjusting until next time (I feel so much better after only a few weeks). Very knowledgeable about how the works and what the best path is to relief.

I don't usually write medical reviews, b/c as a medical provider, I figure we should just do our jobs. However, after having had back pain for years that was misdiagnosed or mistreated I decided to give Dr. Haiken a try. I have been impressed since my first visit. She is very knowledgeable and down to earth. Instead of throwing me on the table first she x-rayed and found what I'd told everyone is the problem was. My back/hips haven't felt this good in years and I thank her every time I see her.

Dr. Haikin is great, amazing, smart and intelligent chiropractor I ever met. she is very care and passion about the wellness of her patients, knows exactly kind of treatment a patience will need to get better. She did have an excellent staff at the front desk who is a professional and knows how to attend to the customers. I have best experience service from Dr. Haikin practise and I will recommend her service to someone in need of a best chiropractic service.

I needed to find a chiropractor closer to my office and Hefner Chiropractic was my first place to check in. I didn’t need to visit anywhere else!!! Staff is awesome and Dr. Haikin is amazing!

Dr. Haiken has dramatically improved my quality of life. I have two severe curves along with my C2,3 and 4 being completely out. She’s helped me regain my range of motion and has also been able to show me preventative measures for my over all well-being, including my depression, anxiety, and chronic allergies. I highly recommend her to anybody in the greater OKC area.

TLDR: The negative review is based on payment arrangements that were not properly explained to me, and then having to wait several months and several phone calls in order to get a refund for being overcharged. After my initial visit the doctor went over the treatment plan and explained the expected total cost for the duration of the plan. After explaining to her that I could not afford the full amount, she said she could work with me, and asked how much I had on my HSA card. The amount available was about half of the total visits on the treatment plan. What was not made clear to me was that the entire available funds from my HSA would be used to "prepay" for the visits I could afford. After explaining that I was not comfortable having my entire available HSA funds taken away, she offered to refund half. I agreed. After a few more visits, some other medical expenses came up, I called her office back, explained the situation, and apologized that I would need to cancel any remaining visits and have the extra funds refunded to my card. At that point it was like a three ring circus trying to get charges to my HSA card refunded. Keep in mind these are for services I did not receive. I was told one story after another. I was initially told a refund couldn't be given because there had already been one refund processed, but that I could come back for the visits I had prepayed. After pressing the issue, I was told they could send me a check but not refund the HSA card, but they had to wait for the EOB to clear. Okay. I was told to check back in a month. I checked back in a month and was told that they were still waiting on information from insurance. Okay. I was told to check back in a month. Okay. Today (over two months since my last visit) I called and was told that the insurance was still asking for more information. The problem, I was told, was that insurance only covers treatment plans, and I had only been for a few visits. I explained that I have been to several other chiropractors on my insurance plan and have never heard such a thing, and have never had an issue with them paying. Then I was told the insurance has 120 days to respond. It was 100% insinuated that the holdup on the refund was the insurance company. At that point I said fine, I will contact my insurance and see what they need to process the claim. But I am going to leave a review about my experience. Within five minutes of ending the call, while on the phone with my insurance, I got a text and a voicemail both asking to call back because there was new information available. I was told that the issue was that the refresh button -- the refresh button -- had not been pressed. Turns out they had everything they needed from the insurance to process the refund. I have no idea how long that information from the insurance had been available. This is the longest review I have ever written, but honestly it was an awful experience. If the payment plan had been properly explained to me, I would never have consented to my HSA funds being drained from my account to pay for chiropractic services, and then the entire nonsense of trying to getting a refund would never have happened. I'm giving two stars because the doctor and staff are friendly, and the adjustments are adequate.

Dr. Haikin is great. She’s knowledgeable, caring, friendly and really concerned about her patients. She is also easy to work with scheduling and affordability of her services. If you’re having back, neck, or any muscular/skeletal pain in general, give her a chance to help you feel better.

Love this clinic. The staff is super friendly and Dr. Haikin is an amazing chiropractor. I always leave feeling better than when I arrived. It's not just a walk in and pop session. She really addresses the body and the causes not just the symptoms. Would highly recommend to anyone looking to take care of everyday aches and pains.

Dr. Haikin had done a fantastic job helping relieve my pain issue, explaining the process she was going to use and providing an estimated timeline so I'd understand why she was focusing on certain areas, and the relief provided has been wonderful. Friendly and courteous staff, and a very nice office.

She knows her business. After being down for nearly a year she has me at 100% and back lifting and running and all of the other activities I was unable to do. All with no surgery! Thanks Doc!! Ok so I've been limping around on a bad knee for a few months, finally decided something had to happen and in one visit Dr Haiken has me walking around with no pain! Thanks again Doc!

They always help me feel better.

I am very happy with the help I've had from Dr.Haikin! She was recommended to me by my sister because we have both had some pain from running and I am glad I went! I've been working on knee exercises and going for regular adjustments- all of which have helped me tremendously. Dr. Haikin is helpful, knowledgeable and personable. Very appreciated!

Love this, place the people her are awesome and so understanding

Dr. Haikin is a magician that has worked her magic on my back and hip several times.

Excellent staff and helpful therapy for my shoulder.

Dr. Haikin has been a huge benefit to me and I would recommended her to anyone. I've been to a few chiropractors and she's the best one I've found

Changed my life ! After a back surgery

Dr. Haikin is an amazing doctor. Please see her for any and all of your needs...even if you don't think it's Chiropractic related, check with her first! There is so much she can do for you! Very passionate and very personable. Definitely, definitely recommend her!!

Dr. Haikin did a wonderful job of explaining to me what she would be looking for in my images, what she was seeing, and why she would be making the adjustments she made. She was very clear on what my instructions for care were after my adjustment. Very glad to have found this office!

Catherine is knowledgeable, informative, and helps keep my family in the best shape. She also assist in keeping my 12 year old aligned while he is growing. She also assist us in keeping him healthy for sports. If there are ever concerns I can always count on her answering my questions or treating my son to get him ready for his next game. Wouldn't go anywhere else for treatment. 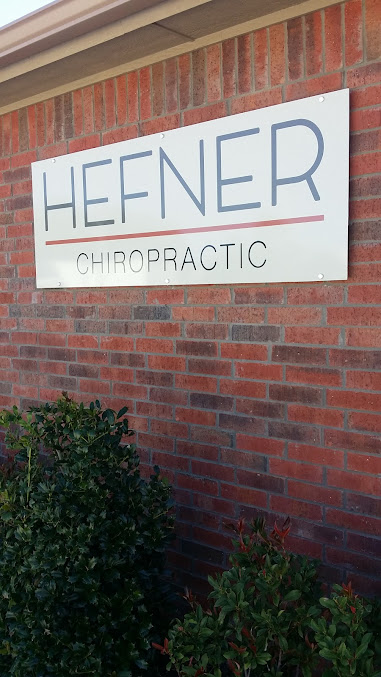 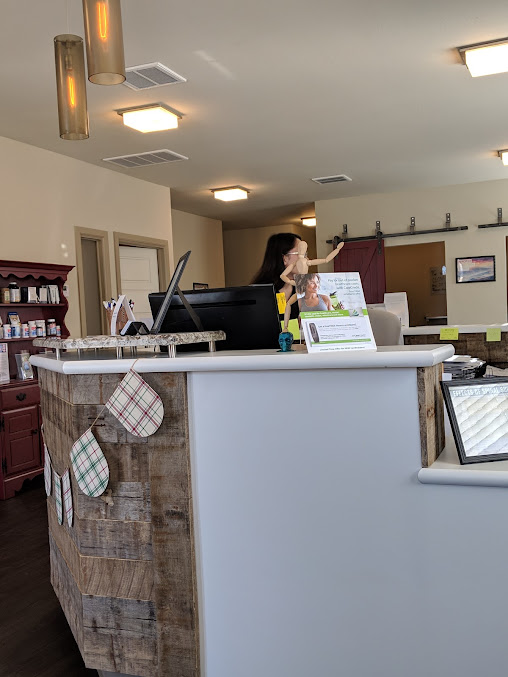 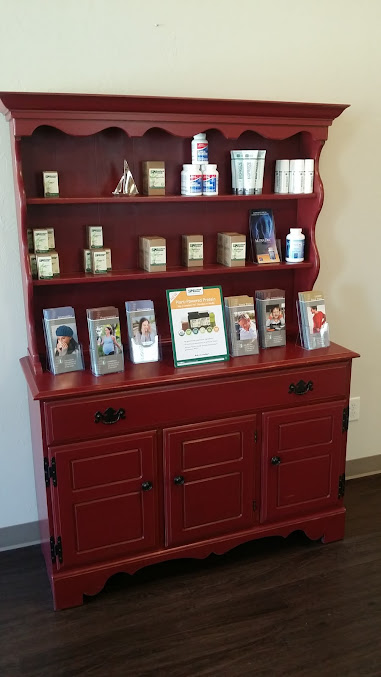 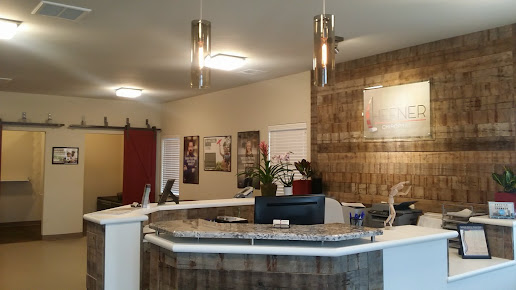 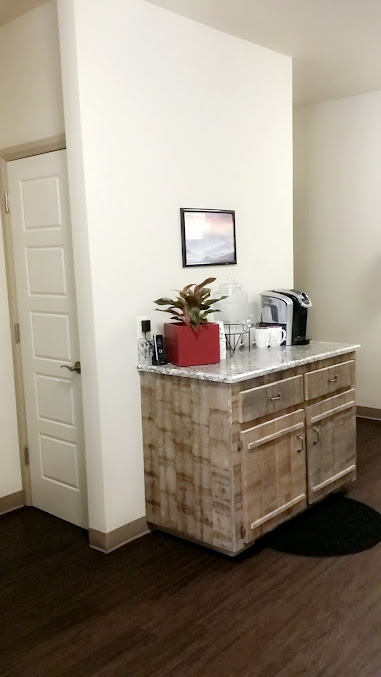 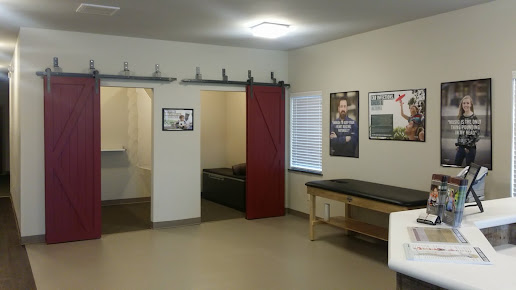 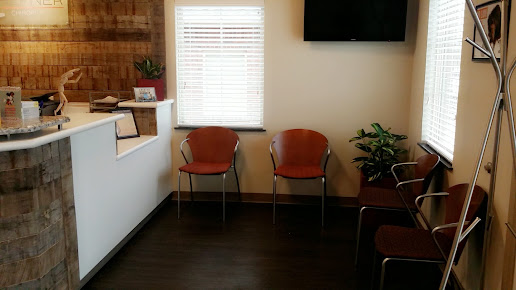 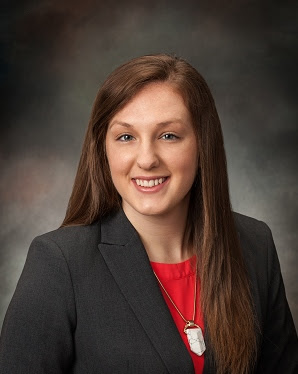 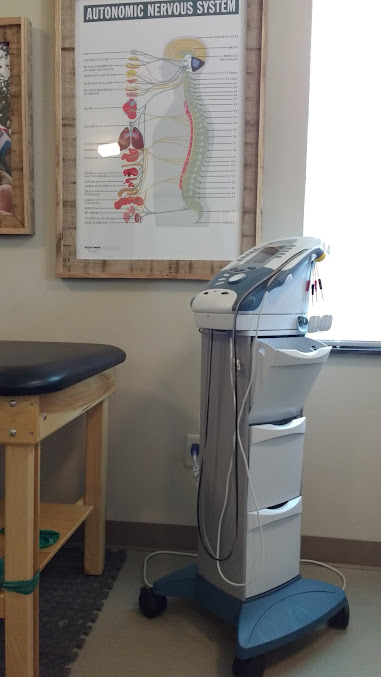 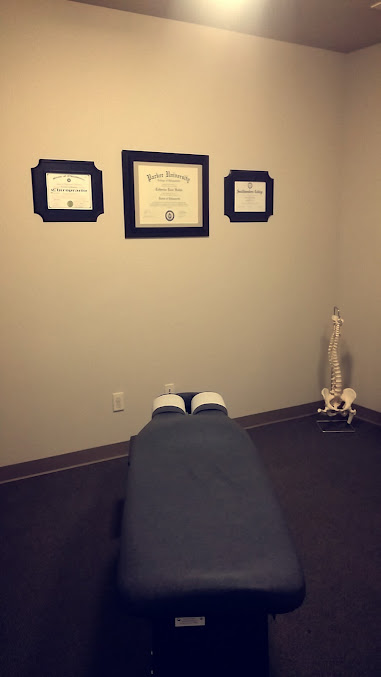 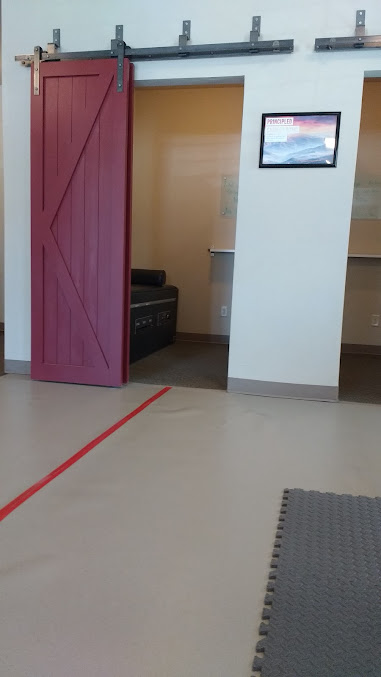 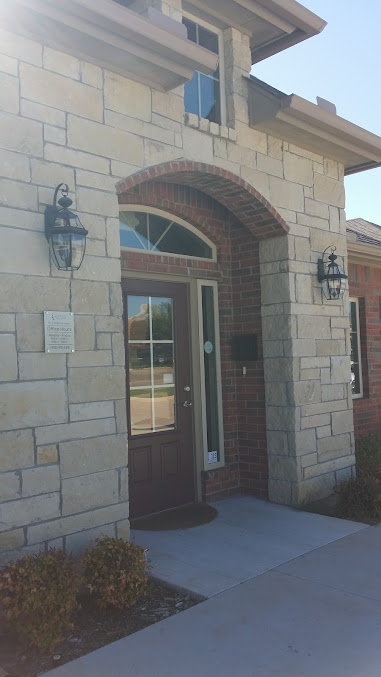 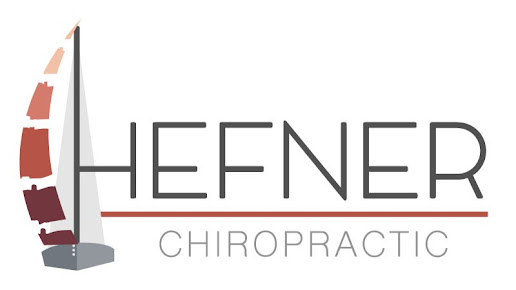 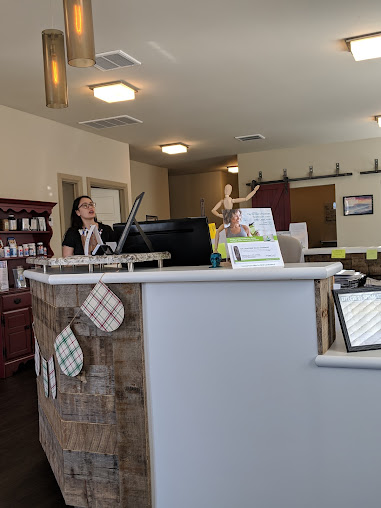 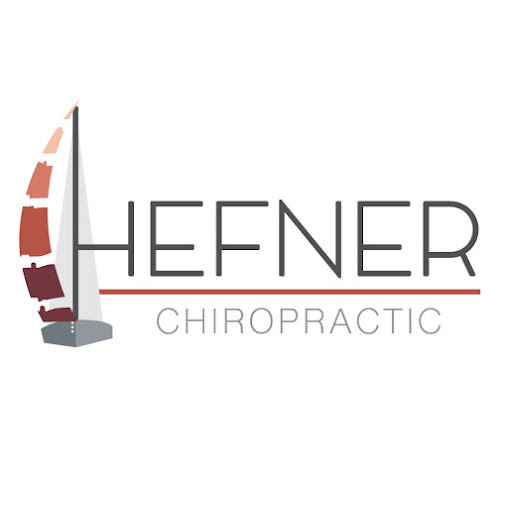 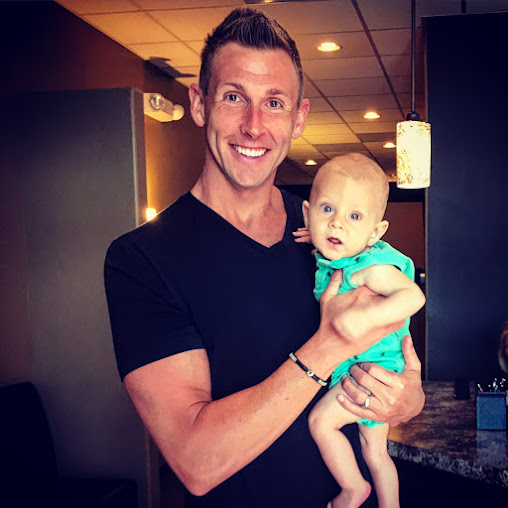 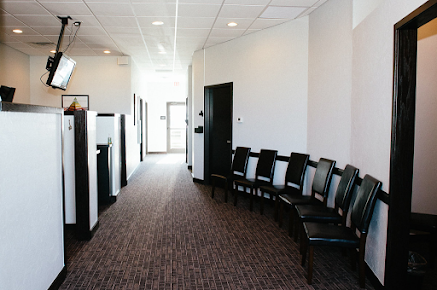 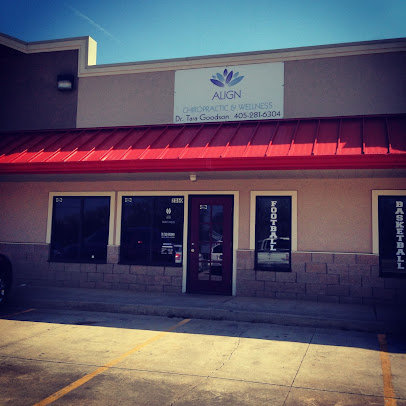 Align Chiropractic and We...