Reviews of Beyond Chiropractic (Chiropractor)

You will see the feddbacks of real people like you who are buying the products and services of Beyond Chiropractic (Chiropractor) in the state of California.

At the present the firm receives a rating of 4.6 stars out of 5 and the rating is based on 35 reviews.

As you can see the average of ratings is virtually the best one, and it's based on a large number of feddbacks, so we can say that the score is quite accurate. If there are many people who bothered to leave their opinion when they are satisfied with the service, is that it works.

You know that we do not usually stop to give reviews when these are good and we usually do it only if we've had a problem or incidence...

Where is Beyond Chiropractic?

REVIEWS OF Beyond Chiropractic IN California

Beyond Chiropractic- The name explains it all. The best massage therapy, I've ever received... Its really helped with both the Chiro, and acupuncture visits I've been getting here. I'd recommend everyone with chronic neck/back pain, had a physically demanding job or any injuries, get your Dr eval and seek treatment. You'll start improving your health/wellbeing. Mobility is definitely improving and overall daily pain has continued to get better. I highly recommend Beyond Chiropractic and all their physicians. An added bonus.The informal stretches, core workouts in the yoga gym area has definitely helped strengthen my low-back are tying together great with the overall treatment. Thanks Doc. I use everything I've learned here, at the gym and at home. Thanks a lot Beyond Chiro Drs, and Therapists you all have helped tremendously. Thank you.

My husband had a deep tissue massage with Ashkan last night and he loved it. He felt so relaxed that he fell asleep during the massage, he didn't wanna go home

Friendly docs, professional services. If you want to get better, this is the place to go!

I’ve been twice to see Tracy for a 60 minute massage after purchasing a Groupon. Very pleased with the massage, although should be more clearly advertised as a 45-50 minute massage. My first visit started 10 minutes late, and still ended at the top of the hour. 2nd visit also started late, also around 10minutes and finished just past the hour. Very very good massage, just poor scheduling not allowing the therapist time between appointments. Nothing fancy or spa like about the facility, as it’s a chiropractic office with gym although the massage room is zen like.

It has been over 1 month since my back pain has gone awayfor good. I wake up everymorning feeling painfree and more mobile. I am a patient of Dr Mori at Beyond chiropractic, Druing my first visit I didnt know what to expect from Chiropractic care. Dr. Mori gave me a very complete exam to figure out why after going from doctor to doctor, my pain wouldnt go away. I am glad I got my xray and realized how much i needed care. After my first couple of adjustments, I felt my back pain, and expecially my tension level had dropped I slept better at night, and just felt better during the week. After each visit, Dr. Mori would take the time to make sure i was doing good and continued to educate me with nutrional care, preventative health care or any other questions I had. I never felt i was being rushed or that i was asking too many questions. I really felt like from the secretary, to my doctor and the staff that this office cares about me. It just feels great not to suffer. I just had to take the time and say a big thank you to Dr. Mori and recommend others with back pain or anyother pain to check out this office.

I have suffered with chronic hip pain for a majority of my adult life. Sometimes it gets to the point where I can barely walk or do normal activities without sharp shooting pains. When I came across a Groupon deal for a deep tissue massage and $10 for a chiropractic evaluation I jumped on the opportunity. Dr.Baloyra gave me a neural scan and explained how your skeleton being out alignment presses on different nerves and cuts off blood flow to certain areas causing a huge array of maladies. I started going in every week for chiropractic adjustments and I am amazed how much it has helped my body. I can actually live my life free from pain and discomfort. Baloyra is very friendly and approachable, readily available to answer any question I have about how to maintain a healthy spine. Millie, the receptionist always has a smile on her face. It is a doctor visit I look forward to because the staff honestly wants to help you and you leave feeling like you've taken years off your body.

Wonderful experience. I bought a groupon for a deep tissue massage and it was heavenly. I met with Ashkan who was very conscientious, and checked in on the level of pressure and areas of focus. I will definitely attend this clinic again and recommend their services.

I highly recommend Beyond Chiropractic. My doctor has been Dr. Kano and his use of different modalities, his patience and his provision of the very best care is what makes him and Beyond Chiropractic stand out. I push my mid-life body hard as an avid runner, cyclist and swimmer. Dr. Kano shares my interest in peak performance and being the best athlete I can be. He has helped me understand chiropractic care and I now see it as an excellent compliment to massage therapy (and physical therapy).

Great staff! I took my father in with a lot of pain around the hip area and neck; he was treated by the doctor and got a massage; the next day he felt much better. Three days later, he is 90% pain free. He’s going back for another ‘adjustment’ today and I suspect he’ll be 100% by the end of the week. I have some neck pain myself and will be visiting soon as well.

I've gone to a Chiropractor almost all my life, and I've been with George the last few years, getting maintenance adjustments once a month. Recently, I had a lymph-node biopsy in my neck that caused numbness on my cheek and ear. A month later, George adjusted my neck and within an hour, feeling started to return. Amazing. Plus my biopsy was free of cancer.

11/13/17 Almost 2 years ago a red-light runner plowed into my Explorer and I was left with a neck sprain and some sore muscles. I visited Beyond Chiro after a couple weeks to meet with a chiropractor, who suggested some therapeutic massage after our visit. The $80 one hour massage started several minutes late and by the time I was undressed on the table it was well after the start time. The masseuse came in and talked about how new she was at the job, and before I knew it, the time was up. I got to my car and realized it was about a quarter till the next hour. No wonder time flew by! She started late and finished early. My expensive $60 minute massage was barely ¾ of the promised time. I wouldn’t have returned, except for having seen a Groupon deal and not realizing that it was the same place until I pulled up the address on Friday morning as I headed in. I had Friday off work in honor of our amazing Veterans, so I decided to redeem my voucher and my appointment was scheduled with Ashkan. (They asked me in advance if I was comfortable with a male masseur, which I totally am.) Ashkan asked if I had any specific areas of focus and I told him neck and shoulders. He did a killer job working out the tense muscles, tired from stress, poor posture, and a low-sitting computer at my work station. His hands were super strong so if you like a lot of pressure this is the guy for you. He went nice and slowly over the muscles, working each one and really giving one of the best deep tissue massages I’ve ever had. Slightly sore the next couple days, not nearly as much as I expected to be. I’d highly recommend his massage if you like strong pressure by a skilled therapist.

I have worked with Dr. Kano for over 5 years. He was able to help me avoid knee surgery and has me walking pain-free 8-10 miles a week and doing aerobic classes. Excellent help on other issues such as shoulder and neck pain. He does so much more than spinal adjustments and has great alternatives to the neck-cracking if you are adverse to that.

She should be the first person you seek out for pain, mobility issues and nagging injuries because she gets results. She is Walnut Creek's best non-surgical orthopedic solution. Besides the results, it's her completeness that impressed me the most. She provided an accurate diagnosis, specific treatment for the problem and provided me with a long term corrective solution. Her and the Beyond Chiropractic team are on point. Go see Dr. Mory!

Baloyra is the biggest rip off artist I've ever encountered. I had one adjustment and was told I needed to get an X-Ray and returned a week later just to listen to another presentation about chiropractic spill about bone degeneration. Then I was told that United Health Care didn't coverage much and was offered a "24 week treatment program" that had a price tag of more than $5k. I found out that they never even tried to file a claim. Then his assistant told me that they're "out of network" hence UHC did not provide coverage. WOW talking about being ripped off. Most of the other reviews I see are not about this Baloyra scam bag. Don't get scammed this guy is an ambulance chaser. I was charged $300 out of my own pocket, don't get taken.

I had a lower back pain for a while and i saw a couple of chiropractors and they didn't help much with anything. Then i went to Beyond chiropractic and saw Dr. George and right away my back pain was gone. I also signed up for Zerona fat loss laser and after a few sessions I started seeing great results and its painless. It works great and I totally recommend it to anyone who's trying to lose a few inches. The whole staff were very friendly and i love going there.

I highly recommend Dr. Mory. I was suffering from head aches every morning but after a a few days with Dr. Mory the head aches diminished. She explained the treatment plan thoroughly and it had amazing results.She is great with her hands and her adjustments are to die for. I fully trust Dr. Mory and her expertise in chiropractic care.

After the massage ... all the ache and pains subsided.

Dr. Miriam is amazing. The rest of the staff is also great.

Business Hours of Beyond Chiropractic in California 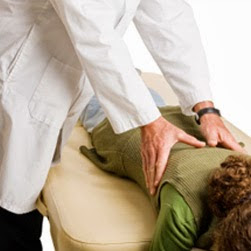 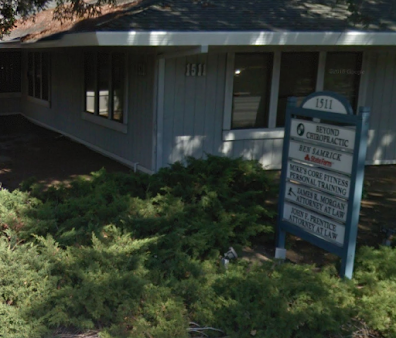 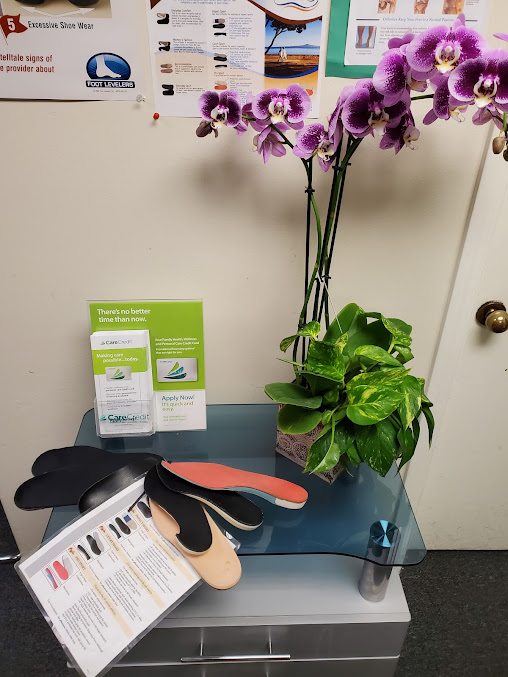 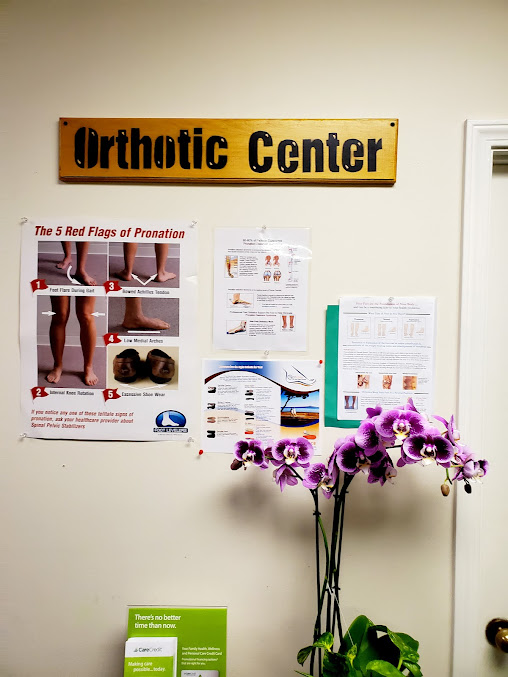 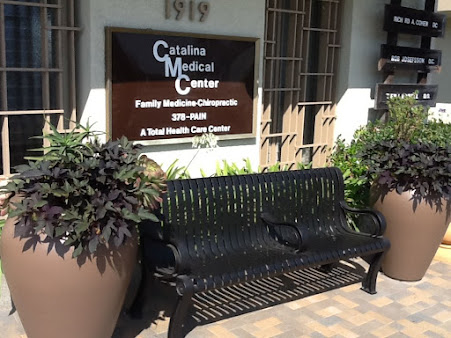 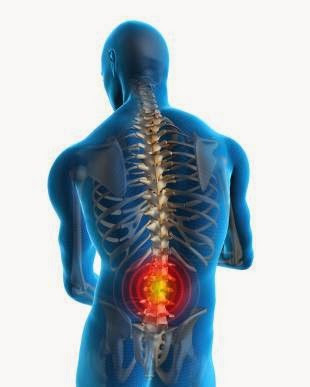 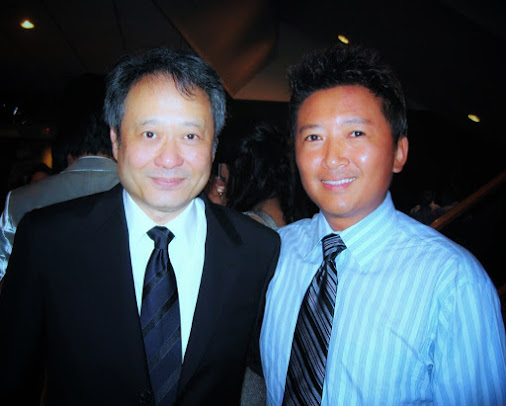 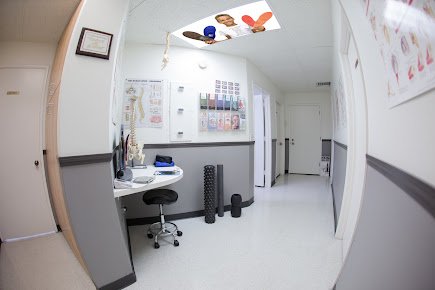