We've got all the information of real people who bought the products and services of TJ\'s Catering (Catering) in Wisconsin.

As of day the firm gets a score of 2.4 stars over 5 and that rating has been based on 5 reviews.

As you can see its rating is quite insufficient, but it is only based on very few feddbacks, so you will appreciate that the evaluation is not too credible.

You know that we do not usually bother to put feddbacks when they are positive and we usually do it only if we have had a problem or issue...

Where is TJ's Catering?

REVIEWS OF TJ's Catering IN Wisconsin

TLDR; Wouldn't recommend find someone else, pay a little more for peace of mind and common courtesy. My wife and I had TJ's catering for our wedding. They asked up to pick up our table cloths on Saturday, which I did. But when the catering company arrived to our wedding the accused us of not paying for the entire service after picking up the table cloths... The only person at the site was Janitor who didn't have a clue what was going on and no one had told her I was coming... They arrived to our wedding right at 4pm wearing shabby polos, 4pm is when we told them the wedding would start! They took my bride away to ask her why we hadn't paid, where everything was and for the bar, and why our drinks weren't prechilled. Obviously no one explained to the employees who showed up we had already told them our drinks were not cold and that is why we needed 5 gigantic coolers and 100lbs of Ice! Wedding Service The potato salad was undercooked and the BBQ chicken and pork were not BBQ much less seasoned. The cookies and and lemonade were the highlights of the entire service. The manager was quick to pack up all of the food for our buffet! Why on earth did we have a $2000 buffet if everything was being packed up 5mins after everyone received a plate!?! The manager came to us asking to get paid right after they finished packing up and guests had just finished eating, she followed us around and made it uncomfortable because we were almost done greeting our guests and made the situation awkward. Bartender The catering manager asked us if we needed a bartender, which he explained they hire out professionally from a separate company. The bartender that showed up was in a TJ's Catering uniform and wanted a walkthrough on everything we had when everything was laid out for her in the corner. (If you can't walk behind a bar and make a drink then you shouldn't bartend.) The catering manager hired a so called "Bartender" who didn't know how to pour a shot, or a drink to save her life. I graduated from the Minnesota school of Bartending and I have experience and common sense neither of which she had. Every shot was a double shot, every drink was super sweet, she had no clue how to make "diet whiskey" when the only mixers were; coke, sprite, oj, cranberry juice and diet coke. We asked her to poor a small shot, or 1/2 shot for my wifes grandma who is 80 and is on various medications and medical conditions, but she poured a double shot which Grandma grabbed and drank right away and made everyone nervous.

It's ok , i was ordered it for my wedding. But my gests was unsatisfied ( just decent quality of food (

I don't eat there.

Weird. Guy had his finger in my food. Food was good but the creepy guy was a turn off from the start.

I had TJ's cater a summer picnic for around 60 people at Devil's Lake in July of 2014. We selected the pig roast and it was great. Don't expect them to cook it on site, they get everything ready and bring it to the event. They even arranged to get me table linens that I could pick up beforehand, so I could make the tables look nice. The set up person was quick and efficient. He did a great job of making sure everyone had enough food to eat before he started to tear down. He even helped with clearing tables and making sure that the trash was taken care of, that was above and beyond what I expected to him to do. The price was what I had expected it to be and is very competitive with other caterers in the area. The thing that I think sets TJ's apart from other caterers is the quality/flavor of the food along with great communication and service. 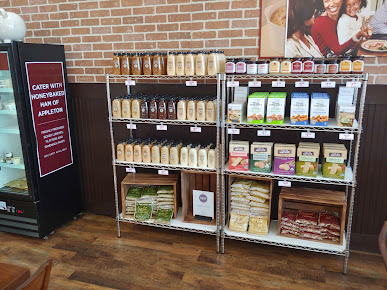 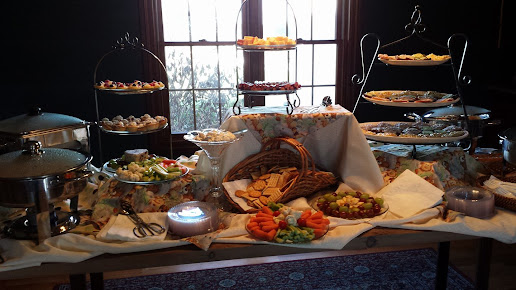 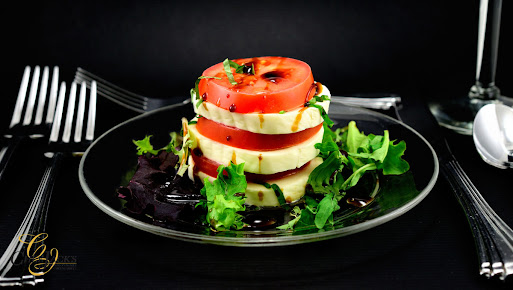 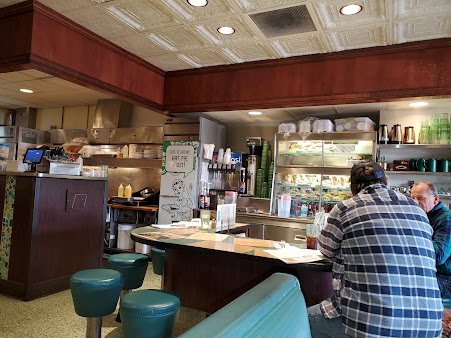