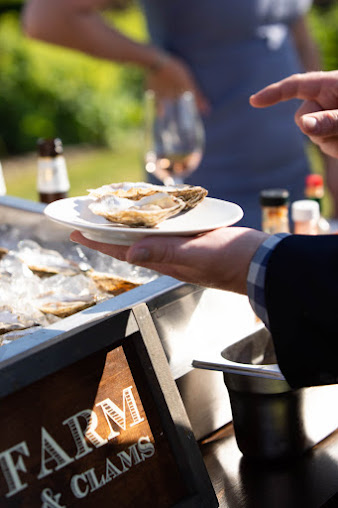 We've got the opinions of people like you who use the products of Blue Rocks Catering (Catering) in Rhode Island.

At this moment the business gets a rating of 4.5 stars over 5 and that rating was based on 13 reviews.

You must have seen that the average of ratings is almost the highest, and it is based on a more or less high of opinions, so the rating is more or less credible, although it doesn't have a large quantity of ratings to provide it total credibility.

As you know, we do not usually bother to give tatings when they are positive and we usually do it only if we have had a problem or incidence...

Where is Blue Rocks Catering?

We used Blue Rocks Catering for our wedding with 180 guests a few weeks ago in Newport at Fort Adams. Katie and her crew at Blue Rocks were a PLEASURE to work with, from our first meeting all the way up to the wedding day itself. The food was phenomenal, and there were so many choices when it came to hors d'oeuvres and meal options. She made it very easy to customize what we wanted and how we wanted it set up and displayed for both the cocktail hour and the reception. Many of our guests raved about how delicious all the food was! Moreover, Katie was an absolute delight to work with. She was fun, helpful, and extremely reliable. She even let us stop by the day before to drop off some booze for her to prepare a sangria overnight for one of our cocktail options. During the cocktail hour and reception, she made sure one of her workers was constantly watching for us and getting us drinks or anything else we needed while we socialized with everyone there. I would recommend Katie and Blue Rocks to anyone without a single hesitation, and she will take the best care of you and your event!

Blue Rocks Catering goes above and beyond expectations. They make sure to cover every detail and are completely on top of their game. They ensure that the event is put together in all aspects, not just their parts. Blue Rocks understands what it takes to put on an event and make sure it is run smoothly from start to finish. Blue Rocks makes sure the hosts/bridal party are always pleased with the service and check in several times throughout the event. Blue Rocks knows what they are doing and are the best company to choose to cater your next event. The food is amazing and made to your preference.

I wish all of my friends were getting married just so I could recommend Blue Rocks Catering. Katie cares so much about her couples. So much love went into the menu planning, the food, the event, absolutely everything! We don't know what we would have done without her. Having her handle all of the rentals made my job stress-free. She took my vision and brought it to life. Having the Behan Family Farm raw bar was a huge hit! The jalapeño mignonette was to die for!!! All the food was to die for!! She and her staff made sure the day went flawlessly and I didn't have to worry about any details. We were able to enjoy the day with each other and soak up every minute. I have never felt so taken care of or in such great hands. My family and friends are still complimenting me on the day, how perfect it was, and how exceptional the food was. This is over a month later!

Katie and her team were amazing at our parent's Life Celebration. With 200 guests, the food was fabulous and everything was seamless. I would highly recommend Katie and her team and would use them again in a heartbeat! Thanks so much for making the day perfect!

Our 3rd Annual Golf Outing has concluded and I want to thank Blue Rocks for making it a success. We have grown so much and it is not possible without the support of our sponsors, donors, golfers and volunteers. We had great weather and it was the first time the event sold out, would not have changed a thing. I appreciate your generosity and support for the kid's of The Compass School. I look forward to working together in the future and continue the event's success. Wraps were awesome addition to our event!

We hired Katie and her crew for our son's rehearsal dinner in our home. It was amazing! From the minute they arrived I knew I could relax and was in wonderful hands! The guests were raving— and so many came up to me the next day at the wedding saying how much better the food was last night at our party than the fancy wedding venue! So professional, so nice and talented! I highly recommend Blue Rocks Catering! Mary Jo Braisted, Jamestown, RI

We just had the most amazing surprise 50th birthday party for my husband this past weekend thanks to Katie and her team at Blue Rocks Catering. I wasn't even sure I could pull off this party on the beach. It was Katie's calm demeanor and her can do anything attitude that allowed me to trust we could carry out this party on the beach. Every detail was perfect. The food was so scrumptious that our friends and family are still telling us how much they enjoyed it. The staff and bartender were so friendly and effective at tending to our guests. Everything was timed perfectly and the night of the party I could sit back and enjoy everything. If you love seafood don't forget to ask about their incredible raw bar. It was a wonderful added addition for a beach party. We couldn't have had a more magnificent night thanks to Katie and Blue Rocks Catering.

DO NOT USE THESE SLIMELY INDIVIDUALS!! Absolutely horrific and shady people. They gave us a quote that included a $1,400 charge for China and table cloth rental. This has been on every invoice dating back to January. Now, one week before the wedding, that charge is now $2,400. After speaking to the manager they said that it was their mistake and that the increased charge should have been reflected in a February invoice. #1 Why does that matter? You can't sell people something and represent a certain price and then increase the charge expecting people to pay it. I could see if it increased a few hundred bucks, but $1,000 is outrageous. #2 We had budgeted for this being $1,400. If we knew we'd owe $1,000 on top of it, we would have cut expenses elsewhere to be able to pay for the charge. And to drop this on us literally 1 week before the wedding is unprofessional and a horrible customer service. Even after all of this, Blue Rocks didn't offer to reduce the charge or try to help us out in any way. Do not use these people unless you want shady crap like this happening days before the big day.

Great food, great service, great people. Have received many compliments from guests days after the event.

We recently moved to Rhode Island from Ohio. For our Son’s Rehearsal Dinner and Wedding, my wife and I wanted to provide an amazing New England style feast for our guests. We were referred to Blue Rocks Catering, by a “Food Snob” friend of mine. And he was spot on. Blue Rocks Catering teamed up with Behan Family Farms to create a magnificent rehearsal dinner. Katie and her team from Blue Rocks knocked it out of the park with an unbelievable meal. And Matt Behan set up a raw Bar that was outstanding. Our guests were shocked when dinner was announced. They thought the Raw Bar, Chowder/Crab cakes, and mini Lobster Rolls WERE the dinner. They were completely surprised with whole lobsters, fried chicken, mac-N-cheese, corn on the cob, and baked potatoes, followed by desserts. Then the following night, Katie and crew may have exceeded the rehearsal, with the Wedding menu. The hand passed Hors D'oeuvres were phenomenal. The Chicken Piccata and Penne Ala Vodka were fabulous. But the Beef tenderloin and the sauce served with it were indescribable. All the rest of the sides were just as amazing. As if that were not enough, topping it all off were the people. Katie and Matt are two of the nicest individuals we have ever met. And the staff that Katie brought with her, the servers, the bartender, her kitchen assistants ….. So polite and took care of EVERYTHING. We were able to immerse ourselves in the moment and enjoyed two unforgettable evenings.

Event Manager here who works with lots of catering groups... Katie and her staff are the best I've encountered.. Pricing is entirely fair and they were able to work with our budget to create exactly what we envisioned. Their attention to detail in remarkable and the entire staff is beyond gracious. Anyone who gives less than 5 stars is impossible to please. Book them! 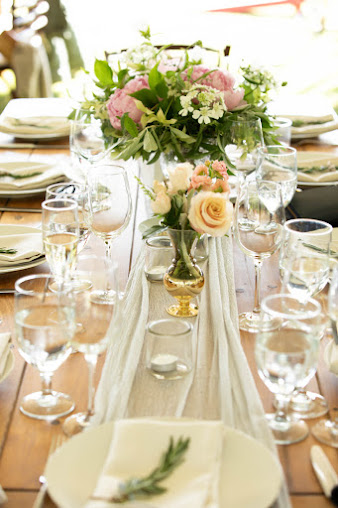 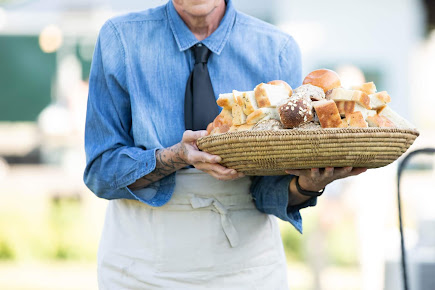 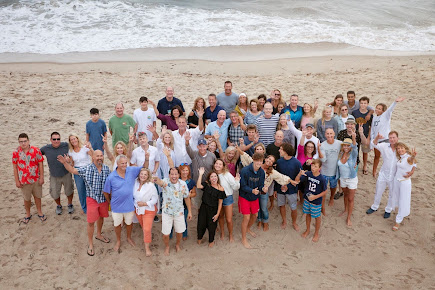 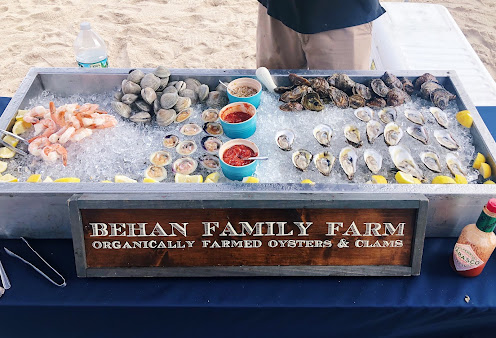 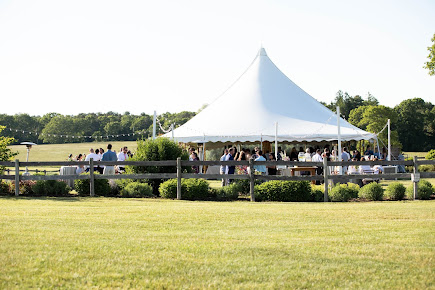 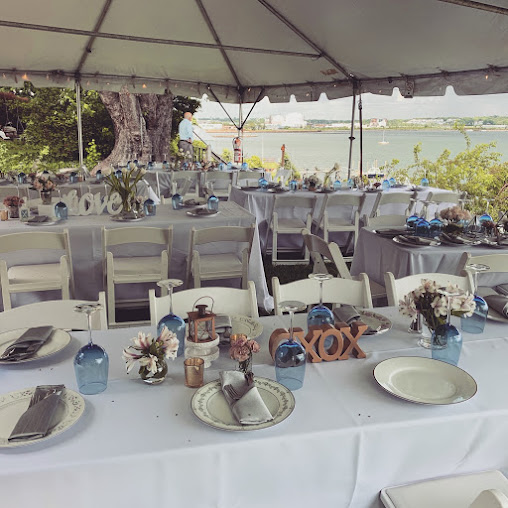 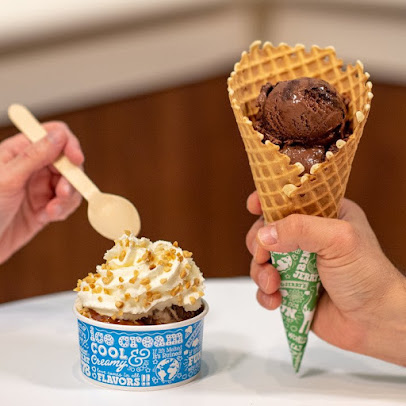 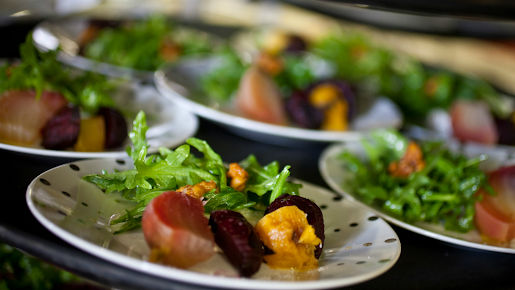