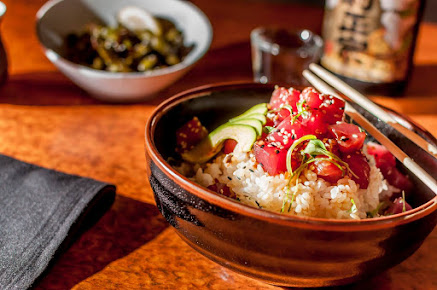 You will be able to see all the feddbacks of real people who purchase the services of CRAVE Catering & Events (Catering) in the state of Minnesota.

Right now the firm receives a score of 4.4 out of 5 and that rating has been based on 61 reviews.

You must have seen that it has an average rating is quite positive, and it's based on a very large number of feddbacks, so we can be pretty sure that the rating is very accurate. If there are many people who bothered to rate when they are happy with the business, is that it works.

You know that we don't usually stop to place scores when they are correct and we usually do it only if we've had a problem or issue...

This Catering is classified in the category of New American restaurant.

Where is CRAVE Catering & Events?

Great service,, and the breakfast burrito is awesome!!!!!

Their restaurant has a really large seating area where you order at the counter. There is quite a large variety of flavors to choose from. It's not too fancy or outrageously delicious, but the staff is friendly and the facility is very clean. Lots of parking across the street.

The food is always top notch. Creative menus and impeccable service and a ton of fun to work with. Ask for Kelsey.

The place offers an awesome variety of delicious food. I enjoyed dining here. The employees are always kind, pricing is convenient and the spot is always kept clean.

A BIG THANK YOU is not even enough to express the huge gratitude we have for what John Chesnut and the whole CRAVE team just provided for the inaugural Oxygen Ball (5/12/16). I think of words like phenomenal, exceptional, and extraordinary when I think of what John and the team planned for us, but actually he went so far beyond that there is not even a word for it. He is the definition. We are so blown away. I wish I would have recorded the comments and compliments from so many people at the event. Separately I heard from our Emcee and auctioneer – “I attend so many events, and I just don’t see this.” With all of the pictures and the hashtags – I know this will be talked about a lot. And I have been making sure to say this is CRAVE! Stunned and so happy AND we surpassed our goal for our auctions and other activities at the event.” – Laurie Eggers, American Lung Association in Minnesota Special Events Manager

Used Crave to cater a sushi lunch at work, and it was prompt delivery, great presentation, and Crave's outstanding quality of food.

Ordered food for a company meeting and the salad bar was wonderful as well as the sushi...but the delivery person Thomas did an outstanding service to me by bringing his cart up and unwrapping every single item as well as bringing it into the meeting room to set it up. I have rarely experienced such great customer service. Thank you CRAVE and especially Thomas for making this meeting a great experience for the guests as well as I.

I came here for a morning networking group and thought that the parking was easy. The place is clean, the food is tasty and the staff person was super friendly and kind! I'll be coming back again.

Exceptional quality and friendly smiles are what makes CRAVE so great!

We recently ordered from Crave Catering for a family event and everything went extremely well. Planning the event with Bailey was a pleasure. She was professional and accommodating. The delivery was on time and the food was excellent.

We've had CRAVE cater a few big scale parties at venues that have a connection with the caterer, and it's always been the best. I cannot sing enough praises about that. I tried corporate catering - just simple sandwiches, wraps, salads and cookies - for the office, and I was, again, very impressed. The quality, the price, the presentation, the communication, the delivery - everything exceeded my expectations. I quickly placed a second order with them and will be using them in my regular caterer rotation.

Sarah & CRAVE were amazing to work with. From the start she helped us set a budget, recommended appropriate portions of apps, and accommodated our food choices. She was so responsive and met us at my place of work for our final walk through. Our tasting was amazing and we grew close to our catering server that night (she helped answer questions about service). We joked she should sign up for our wedding and sure enough she was there! What a pleasant surprise to be served by someone from start to finish. Our catering lead Ryan, the night of, was also professional yet so personable. He made the night perfect and made sure our families were also well taken care of! Sarah also involved the CRAVE dessert team to have my late mother’s specific recipe of cream puff be delivered to each table with a cute message. It was the perfect touch and sealed the deal when they said they could do this! Sarah G and CRAVE Team thank you so much! Of course, we hope to never get married again ;) we would choose you again!

I've only been to their dining room here (never ordered their catering), and I'd say it's worth it. Strange dining area, but the food is fantastic for the price. Keep in mind it's basically lunch and breakfast foods, and they close at 2:00.

CRAVE catered my wedding on 5/18/19. The entrees that we were served were cold. The potatoes were stiff, the vegetables could have been taken straight from the refrigerator and the fish, while the flavor was good, was akin to half cooked frozen fish sticks, and the same was said about the chicken and ravioli. I spoke with nearly every table at my wedding, and I was told that their food was served cold. I contacted our catering manager who got me in contact with the COO, who essentially told us that the reason our food was cold was that our speeches went too quickly and that they had to serve the entrees, essentially blaming us for the food being cold. Not taking the blame for serving cold food. Professional catering companies should be aware that they will serve cold food if they serve it 20 minutes early (they use a hot box). Had a single person mentioned this, or even made us aware that if we end early we would be served cold meals, we would have told them to hold off on serving entrees. I cannot believe that a single staff member or the catering manager didn't mention this to myself, my husband or day of coordinator. Everybody would rather have had time to grab a drink and socialize for a few extra minutes than to be served cold food. It was appalling and our guests were not happy. Imagine walking the room at your wedding only to hear this from your guests. It is a sinking, mortifying feeling that I do not wish on anybody on their wedding day. I find it hard to believe that speeches do not often end earlier than planned- this felt like a rookie catering company, not CRAVE. We were told that half of the entrees were entirely cleaned from plates when the serving staff bussed them, which is their signal that the meal was enjoyed. We know that this was actually because our guests were hungry and needed to eat something, not because the temperature was acceptable. While we were eventually given a half-hearted apology on a phone call with the COO, we were served two separate excuses for our cold food before we got to it- I am shocked that a call to apologize for ruining the meal on our wedding day was as difficult as it seemed to be. The COO eventually offered to refund us 50% of our entree charge, still leaving us with an incredibly high bill for cold food. This does not make up for our unacceptable experience. Avoid, avoid, avoid.

So creative and beautiful

Coffee was pretty good. Asked for a medium, was given a 12 oz. Maybe that was considered a "medium."

We recently ordered catering/delivery from Crave for a company event, everything went very well. Delivery was on time and everything was very good. Working with Bailey was super easy. We will for sure use Crave again for our company meetings/events.

I worked with the CRAVE Catering team this past weekend for a wedding and they were great! The food was delicious and if I needed anything the captain Ryan was very helpful. The event was a success and it was in part to the work of the CRAVE team. Highly recommended for any catering need!

The staff was very friendly and helpful. The food was for a gathering we had at work and all I heard were compliments. They did a great job and I would use them again.

I love there food

Full service catering with amazing food and they deliver anywhere in the Twin Cities!

Great service. One of the salads was phenomenal one was okay.

everything was perfect! Very good variety for vegans, gluten allergies and others. Would definitely use again

YUM! As a wedding photographer, I have worked with CRAVE on a few events, styled shoots, and open houses. Their food is delicious, presentation is on point, and their team is wonderful to work with!

We recently had Crave cater our wedding and they were wonderful! The food was SO delicious even with feeding 200+ people. Heidi was lovely to work with. I would hire them again in a heartbeat!

Great place little bit pricy but its worth it.

I have had their food before and loved it. However, my small baby shower catering was very disappointing. Every things were dried particularly the meatballs. They seem it'd cooked night before and heated up before they delivered. I knew they are more expensive than some other caters but I was willing to pay as long as foods are good quality. Too bad they didn't met our expectation

Crave catered (buffet style) a Life Celebration for our mother yesterday at a pavilion in Como Park. They were fantastic! Cannot say enough about all the staff from sales to delivery to managers to the chiefs. Cheerful (nothing but smiles) accommodating (taping my runners to keep from blowing off the tables), creative (suggesting nuts on the side of the salad in case of allergies) , helpful (the delivery guys moved unbelievably heavy tables around for me) and extremely professional without being stuffy! Of course the food was fresh and delicious and they kept it looking fresh, full and beautiful. They also kept us rolling without being pushy. I highly recommend Crave Catering and will use them again. They played a major roll in the success of our celebration! Vicki Willett 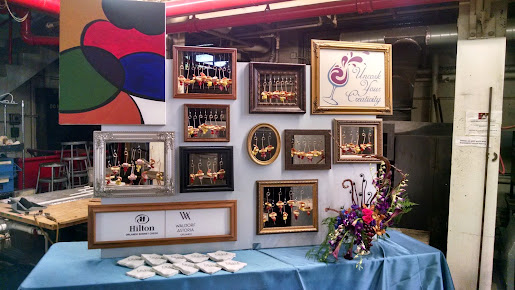 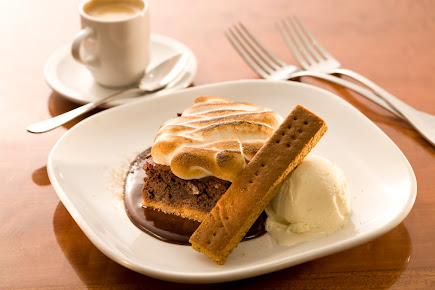 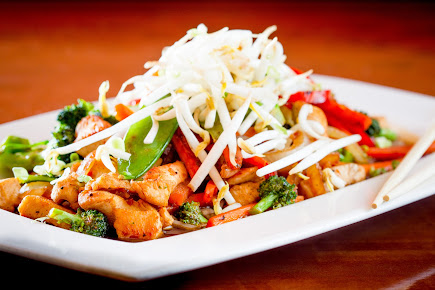 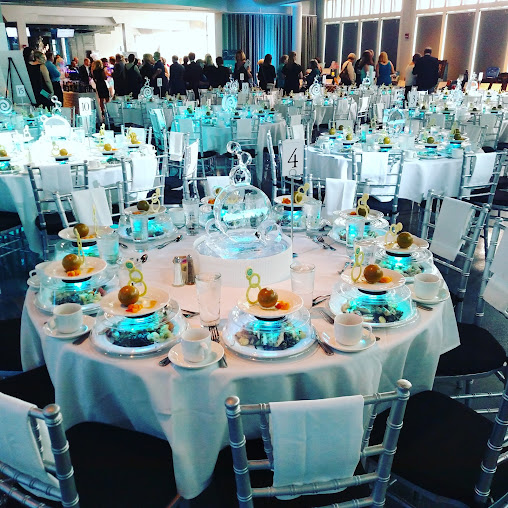 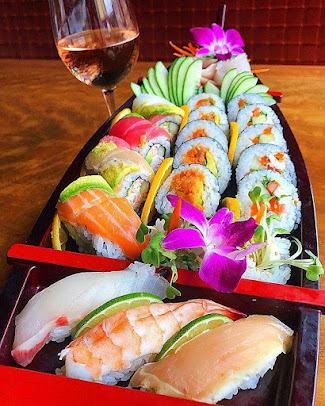 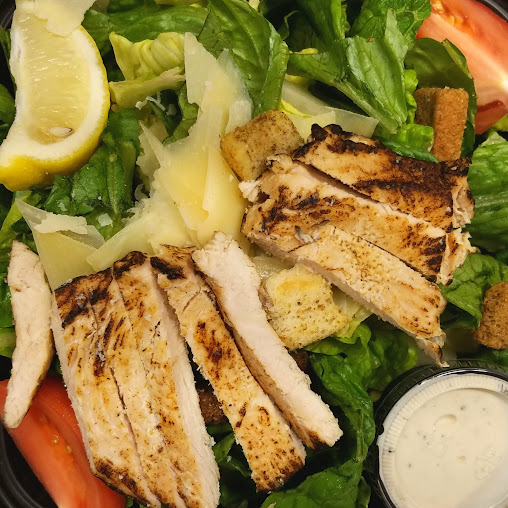 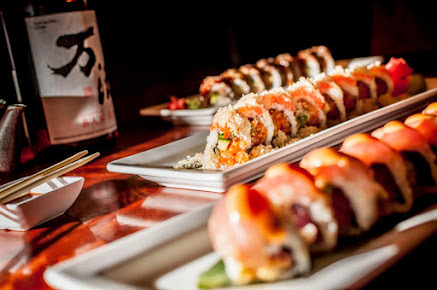 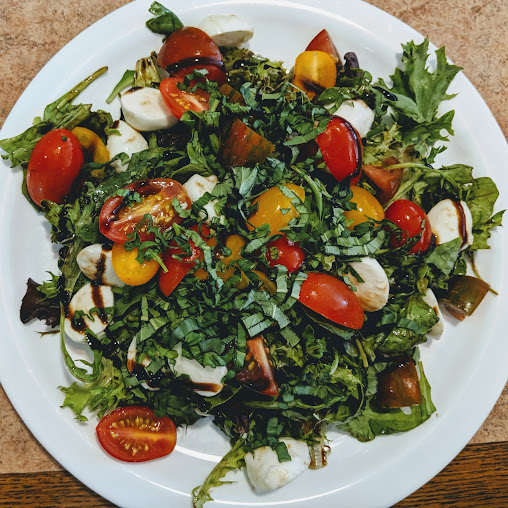 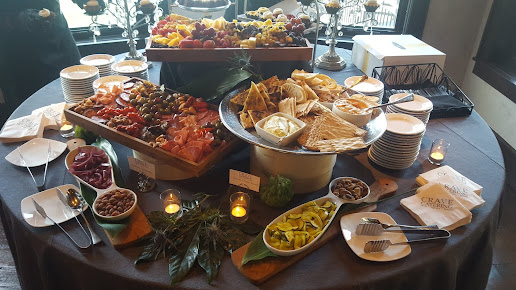 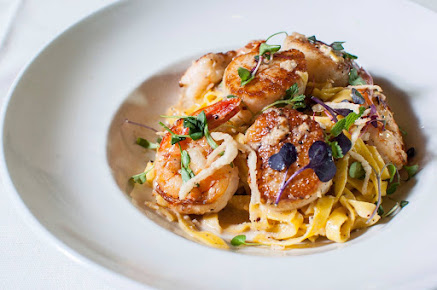 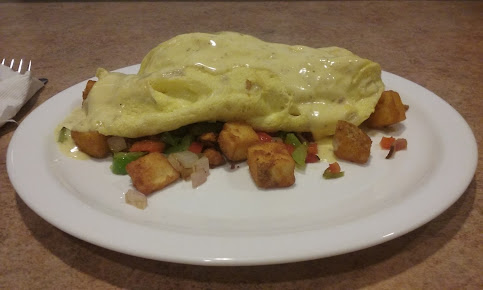 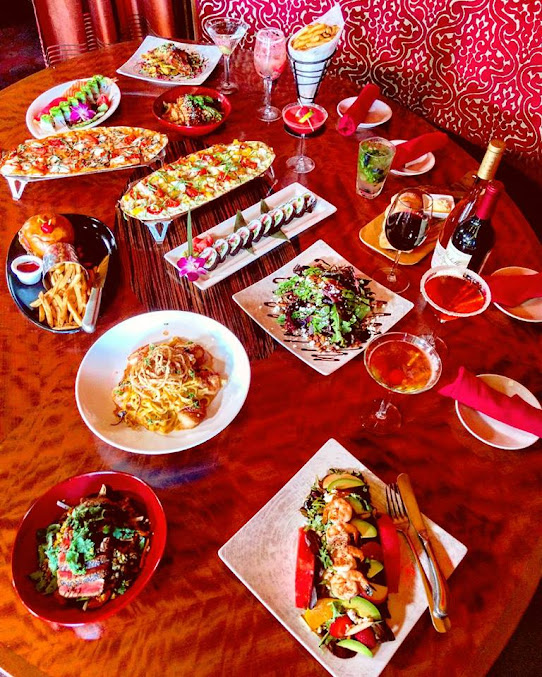 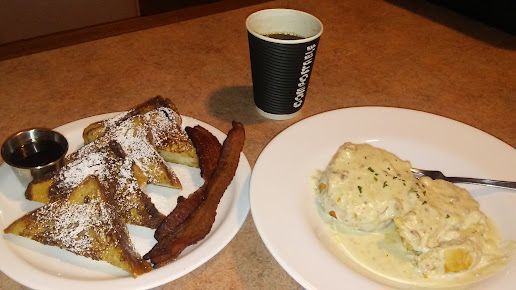 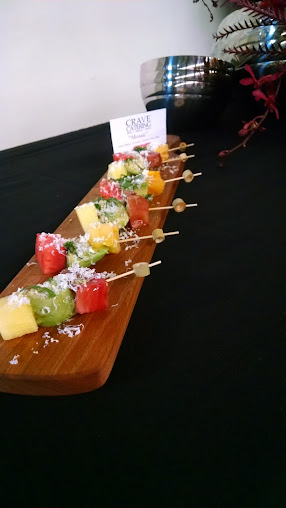 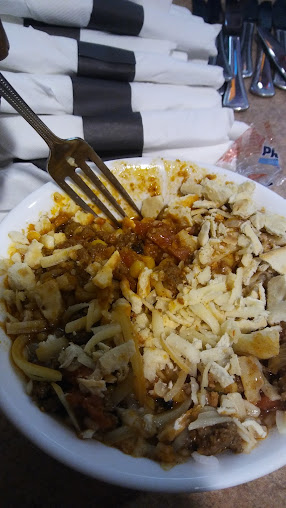 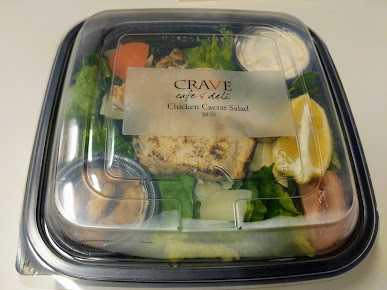 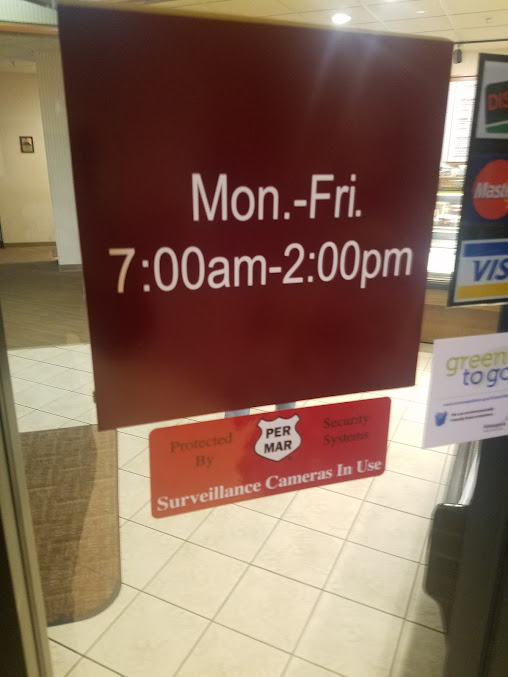 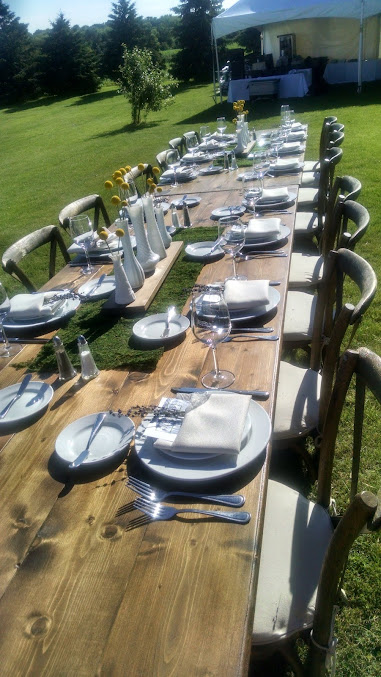 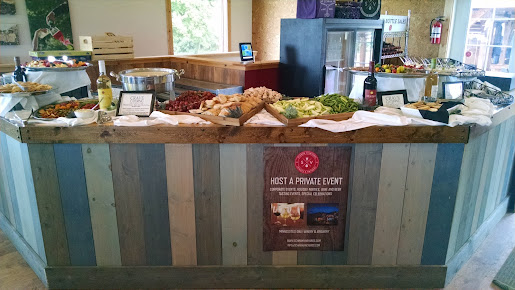 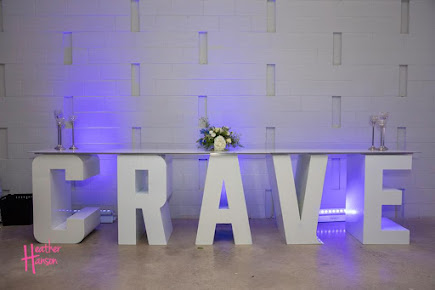 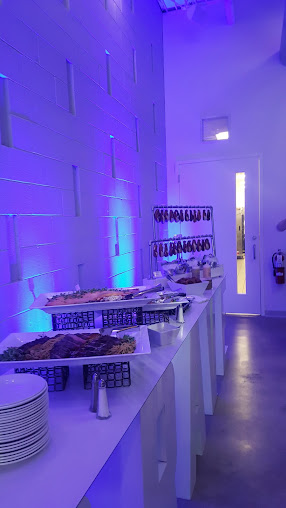 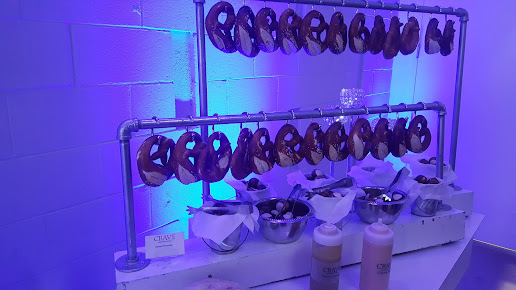 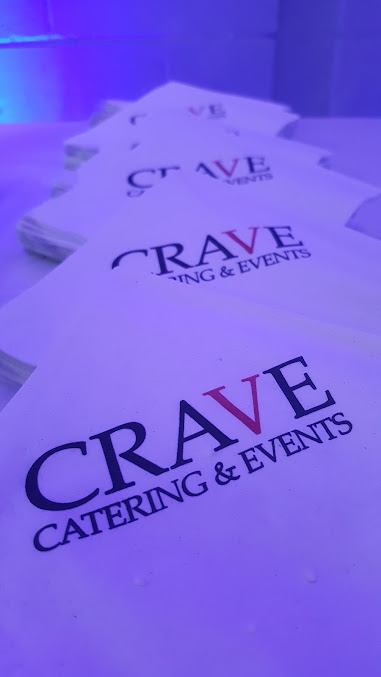 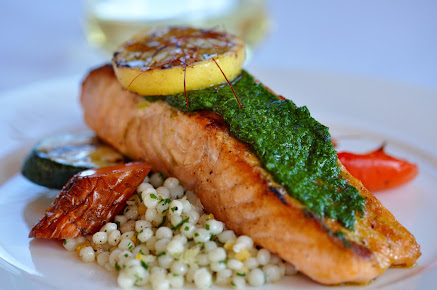 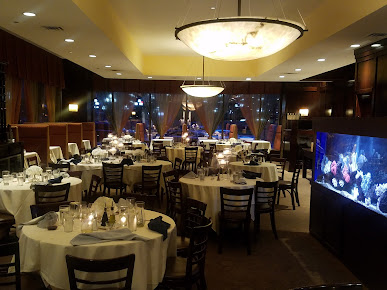 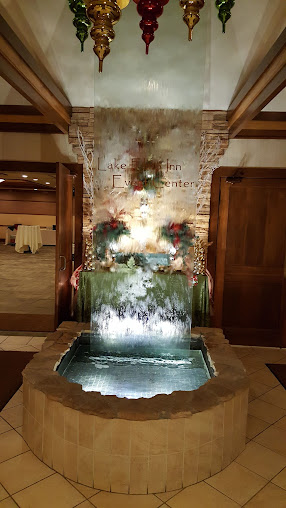 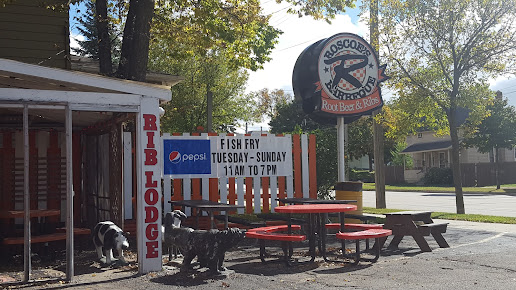