You have the feddbacks of real people like you who are using the services of Tin Hut BBQ (Catering) near Hawaii.

Right now this firm gets a rating of 4.3 stars out of 5 and that score is based on 6 reviews.

As you can see it has an average rating is high, and it is based on a more or less high of reviews, so the rating is quite faithful, although it doesn't have a elevated amount of scores to give it full credibility.

You know that we don't usually stop to set evaluations when these are correct and we usually do it only if we have had a problem or incidence...

This Catering corresponds to the category of Barbecue restaurant.

Where is Tin Hut BBQ?

Exceptional service with extremely friendly staff. Tin Hut BBQ catered it wedding and we couldn't have asked for a better experience. Our family and friends raved about the meat and the sides. I would certainly use Tin Hut for our next event.

We used Tin Hut BBQ for the first time in 2016 for a 1st Birthday Party that was a cowboy theme. The owner and staff were very friendly and allowed us to sample their food. We selected their smokin ribs that are tender and juicy with a BBQ sauce that you will lick off your fingers and plate. We also selected their pulled pork with their BBQ sauce of course for sliders, and the BBQ baked beans. We didn't select the jalapeno mac-n-cheese because of the kiddies, but did for a backyard party with the ribs and beans and each time the food was the rave of the party. I highly recommend Tin Hut for large or small events, as well as some place to just visit for delicious food. A Tin Hut Fan

I just happened to come across their lunch wagon today in Kakaako. Great timing because I think I was their last customer. Anyway, I just ordered their Pulled Pork and a Beef Brisket Sandwich ...... OMGEEEEE. Their pulled pork is AWESOME! All meat ... No fat ..... Very tasty. Their Beef Brisket is to die for!!! That was the meatiest and most tender brisket I've ever had!!! If I could give them 10 ⭐.... I would!! I will DEFINITELY be back!!!!

Wasn't going to review on here, but since the owner took it upon himself to post a condsecending reply back to me I am. I'll add him working on his customer service to the list of things he should work on. Never thought to review this place until one of their catering van drivers almost just killed me on the highway while they were talking on their cell phone. First, the food I've had on base at Pearl harbor is terrible. It's over priced, and all of my co-workers have never said a single good thing about the food. The one time I've had it, the food was awful. Now, one of their catering van drivers (pretty sure it was the owner of the company) was on their cell phone and almost side swiped me while I was already in the adjacent lane. I was laying into my horn why they were coming into me, and that didn't even stop them from coming into the lane and almost hitting me. I luckily swerved out of the lane, and no one was in that lane, but they almost caused me to get into a really bad accident. I drive past and the guy is STILL talking on his phone. All this aside, the food is terrible. Based on your response this makes the situation even more absurd. Firstly, you should work on your reading comprehension, I did review the food seeing as you guys have a truck at Pearl harbor. And I will reiterate that the food isn't good. Secondly, based on the pictures on your site the driver was YOU. So now you're making up a story, sexist comments included. Very convienient that you didn't note that you were on your cell phone while trying to run me off the road. I suggest you work on your cooking, driving, and fabricated stories in the future. 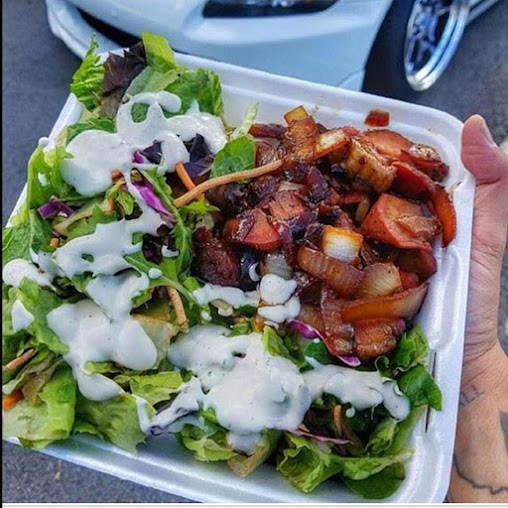 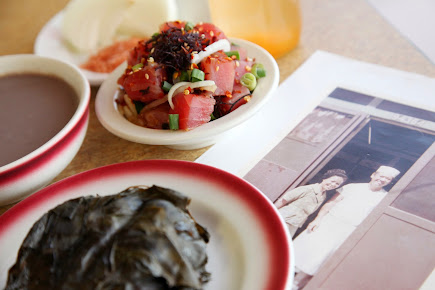 Poi By The Pound 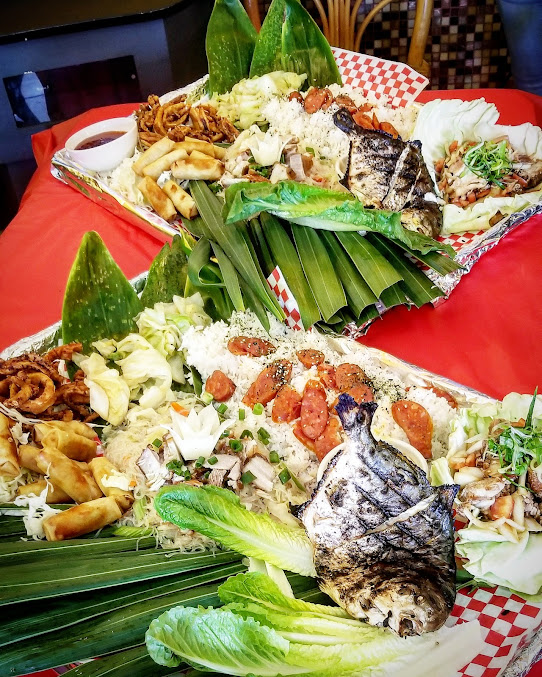 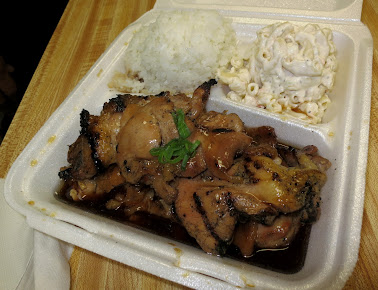