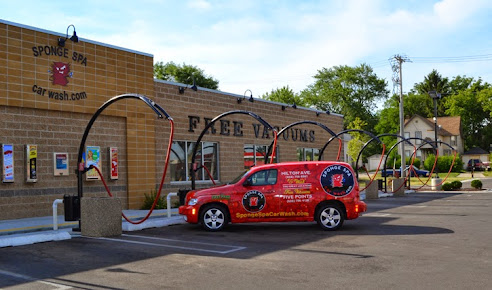 Here you have the opinions of people who use the products and services of Sponge Spa Car Wash Five Points (Car Wash) in Wisconsin.

Now the firm receives a rating of 4.1 stars over 5 and the rating has been calculated on 152 reviews.

As you can see it has an average rating is quite positive, and it is founded on a very large number of reviews, so we can think that the valuation is very credible. If people have bothered to rate when they've done well with the service, is that it works.

As you know, we don't usually stop to place evaluations when these are correct and we usually do it only if we have had a problem or incidence...

This Car Wash belongs to the category of Car wash.

I was actually impressed with their car wash system. Really great water pressure, clean inside and out thanks to their vacuum system, it really sucks!

Jane Of All Trades

So quick and convenient and cheap! Love the location, I use this place regularly in the winter time to get the salt off!

Lynzie is amazing @ 5 points has sucha wonderful attitude & willing to helo if you need it.. she always makes me laugh & her smile lights up the place.. keeo her AROUND for a ling time..

Decent car wash for the price

When I showed up to get my truck cleaned that was full of dust and dirt they told me I had to go somewhere else to clean it off before I could go threw there car wash. So if you have a dirty car don't go to this car wash they only take clean cars.

Car was clean! I like how you don't have to wait long.

Price was good, car was clean. Car actually came out much cleaner than it has at the other car washes in town.

Of the few car washes left in town, this is a nice one.

It does a really good job at cleaning your car

It’s a decent wash, but soap is left behind. They need to add some more water jets or direct them differently to eliminate soap from inside of the mirrors and back bumper area. The backend of my car is left with dirt. Don’t show up five minutes before closing time as I did and was turned around. They decided to close five minutes earlier. The biggest disappointment that I’ve experienced is that when you go to cancel your auto carwash payment, you need to do it four weeks before you want it ended. I suppose I could fight this one with my credit card, I did not sign anything in agreement to this type of nonsense practice. Vacuums at five points are the best. The other two do not compare. Over all it’s the best wash around, just needs a little help.

It was definitely unique and fun for my son to watch as he ran through it in the car, but the price was a bit steep. Otherwise, it was a decent carwash

Does a good job of cleaning for a car wash. Free vacuums.

Great wash, free vacuums and really friendly service! I am going to sign up for the unlimited program...its a great deal!!

Not nearly the quality of the Fort Myers wash. Complete waste of money. I honestly don't think I received the wash I paid for.

My car was pushed into the truck in front of me today and the car behind me was pushed into me. The car behind them was pushed into them. This happened until the truck driver put his car in drive and moved the vehicle himself. It was an awful experience. The truck didnt do anything wrong, but somehow it was his fault that the rollers weren't moving his car? I find it beyond ridiculous that they do not blame their machinery for not working. If a car is stuck, you NEED to have some sort of system that stops the rollers from pushing cars through. I couldn't see the truck, the car behind me couldn't see me, and the car behind them couldn't see. We had cleaning foam on our windshields. My car was luckily the only one with "bad" damage. The manager was nice but he still put the fault on the truck driver and not the machinery even though it was obviously not this gentlemans fault. The first worker to approach us was extremely rude considering we were not hostile, and believe me I wanted to be. My 1 year old was in the car. We were as polite as we could be but she was something else. I wish this didn't happen but it's left an awful taste in my mouth and this was my FIRST experience here. I'm not coming back and I don't recommend this to anyone. They push way too many cars through at a time and there is too much risk in that.

I just moved and I am going to miss this car wash. Great prices and great service. During the summer I did the $5 wash each week with a vacuum afterwards. I did get one slight dent on the car from the wheel waxing machine, but other than that I had no issue with car wash.

Best wash in Janesville. Dryers could be upgraded.

Clean and helpful, I enjoy going there plus vacuuming is free

Good place to get your car clean

This is a great place, start of with treating your front end to get the bugs off. Drive through and get the car washed. After you done you can enjoy the free vacuums that have specific hoses to get in those small places in the car. Overall great service, I'll be going soon.

Best place to go. U pay 5 bucks and get a wash and vacum. Very clean

It's a great wash however a little expensive considering they don't do the drying and wipe down.

If i could rate lower i would! Online it says they close at 9 i showed up at 7:55 and paid for a car wash and then i pulled around to clear out all of the water/soda bottles in my car and the worker walked up to me and i asked why the vaccums werent on and he was like they shut off at 8 ocklock with the computers and i said oh online it says you close at 9 and he said "it isnt summer anymore and whats with all this trash? Dont you have a home to throw that away at this is not the dump you came 5 minutes before close" and i didnt even know what to say i cant believe how disrespectful the workers are to the customers. I paid for my car wash just like everyone else does. I wouldn't have gone if i knew they were so close to close but now im never going there again

Does a good job except for the wheels. Not many carwashes still around that pull you through.

The monthly wash package is a great bargain if you like a clean car. Great customer service and friendly attendants at both locations.

Best part is the monthly fee for car washes. I use the service at least 3 to 4 times a week

Wow. From DC Virginia. This is awesome. Vaccuums you do yourself but AMEN no Quarters. They are free with car wash. This allowed kids to participate. Recommend bringing towels or itema to do interier before wash but really novel make sense approach. Nice business concept and great service provided . Thank you

Don't really like spending 20$ for a wash, when attendant doesn't spray off the car, needs to pay attention to package people buy.

The $20 wash left my vehicle filthy (again). The clerk came out to confirm, but would not rectify. In past times, if the vehicle was still dirty, they would run it through again. Not this time. For $20, they should make sure your vehicle is at least somewhat clean. Complete rip off.

Very clean and well maintained. Attendant on duty. Free vacuums with a wash--but they need to direct you better in my opinion. We accidentally exited without vacuuming and then couldn't re-enter :-(. I'm giving four stars instead of five because of location, poor directions for the vacuums, and brushes that can scratch your vehicle. I'd go here a LOT if it were brushless/water jets only.

I love this carwash and the employees

I went to sponge spa and paid 20dlrS for the 2 car wash ticket used one car was on Milton ave the mechanics of the machine didn't hand me the other half of my ticket now payed! 20dlrS for a 10dlr wash never go there again!

The location on Court st and Centerway in Janesville wi. Is the worst location to have your vehicle washed. It does a very poor job and it caused damage to my vehicle and they with not fix the issue. SO I BEG YOU NOT TO TAKE YOUR VEHICLE THERE.

Good car wash and has many price options but either way it cleans the car. Having free vacuums is a plus for this car wash.

Half the dirt was still on the car when I left.

Thorough wash and love the no timer vacuums that have great suction!

The wash is good for being auto.. but it better be for $20. The vacuums are garbage. I had to go elsewhere and pay $5 for a good vacuum. Smh

Always do a great job

Good pizza, wish they would deliver again, would get a lot more pizzas

The wash is super fast and the vacuums are free with a $10wash but it never does a very good job. None of the mud in my wheel wells was removed and the sides of my windshield are always left dirty. Won't be back

Free use of vacuums with car wash purchase.

This place is perfect. The sweet out going lady working made our first visit priceless!!!

View Phone NumberPHONE NUMBER: +1 608-756-4128 Call Phone Number
View WebPageWEBPAGE: WE DO NOT HAVE THE WEBSITE 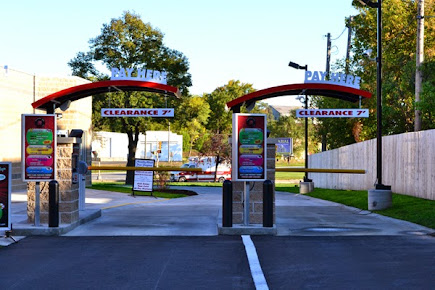 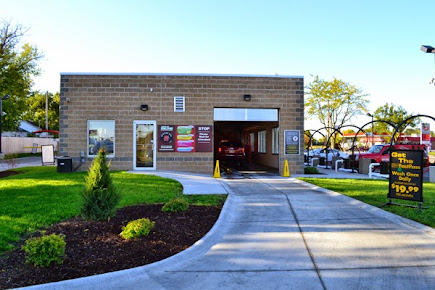 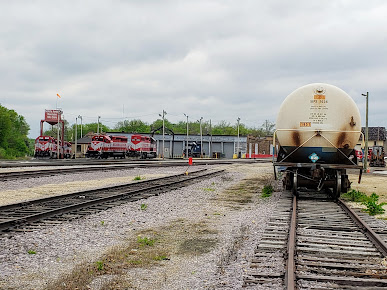 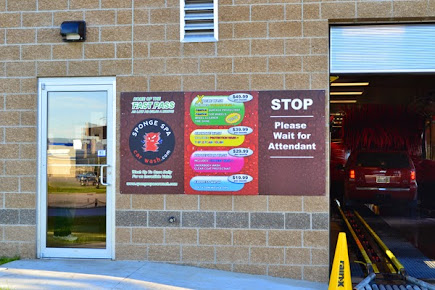 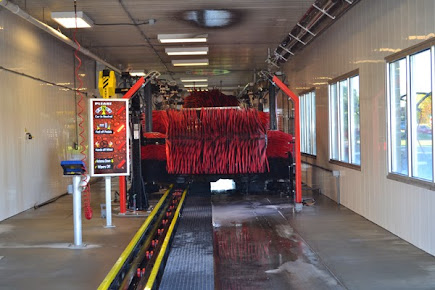 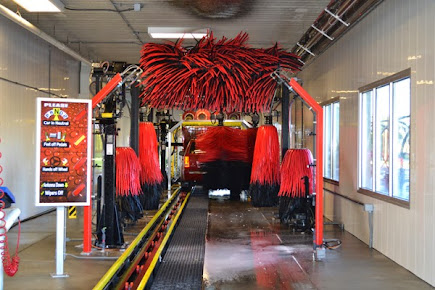 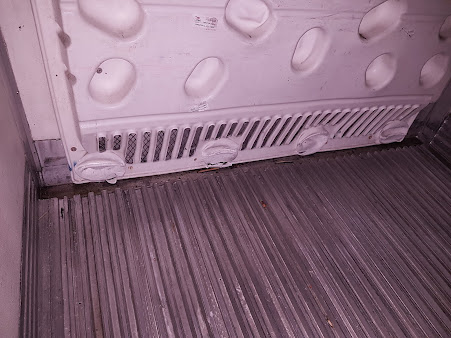 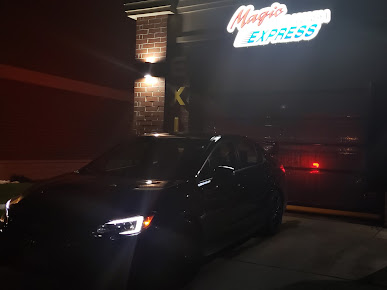 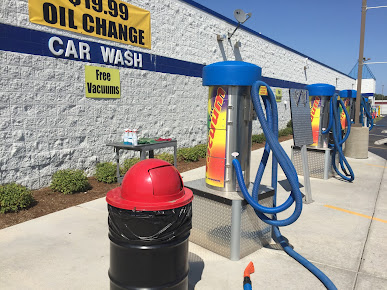 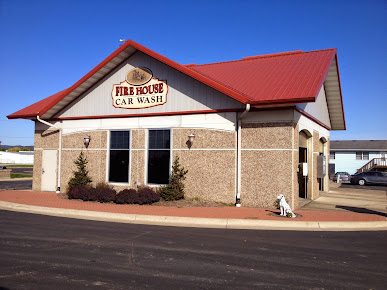 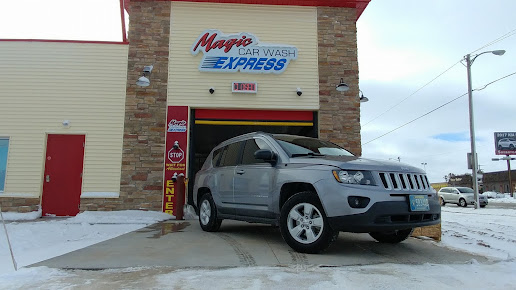