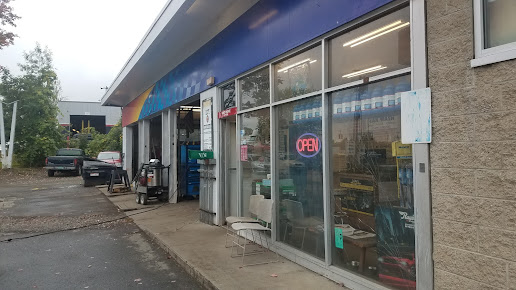 Here you will see the reviews of people who have information of the services of Randy\'s Auto Service Center, Inc. (Car Wash) in the area close to the state of Vermont.

At the present this business receives a score of 3.4 over 5 and the rating is based on 44 reviews.

As you can see the average score it has is discreet, neither too high nor too low, and it is based on a very high number of feddbacks, so we may say that the score is very reliable. If people have bothered to give their feddback when they've done well, it works.

You know that we don't usually stop to set feddbacks when they are positive and we usually do it only if we have had a problem or issue...

This Car Wash is classified in the category of Auto repair shop.

Go to the car wash which I usually do every so often, never got the “Randy Special” $16 car wash before, figured I’d give it a try this morning, swipe my card, accepts payment, tells me wash is ready, no green arrow, staying on red, however, the wash starts moving but nothing is coming out, so that must be the “Randy Special”, the “Randy Rip-Off”, nice business strategy, of course the card machine to take my money worked just fine. Enjoy my $16, the last time they’re getting money from me

Nice guys. Fast inspection. Reasonable cost. Love that they also have a car wash that has the option of not getting wax since Sandri closed

Pretty good service. Went in and out quickly.

Worst car wash I have ever been through - no exaggeration. Paid for the full package, went through the wash and... ... my windows were still completely dirty ... dust and dirt were still all over my car ... pine needles were still on my hood. That's right - it didn't even rinse off pine needles. Totally useless - will never go through here again.

The practice of seeing an immediate inspection fail before undertaking a pass/fail inspection, only to not point it out to the customer and proceed with said inspection seems grossly indecent and shady. This is multiplied 1000 fold by the fact you took my money. There's policies and practices and then there's courtesy and decency. I have NO issue with policy; I simply wish that you had the decency to provide me a heads up as i pulled in. The true failure is them neglecting to do so, but maybe courtesy is not part of their idea of a winning buisness model.

Randy has always been a really good place to fix my car. They have great prices and are always very helpful. I have never had any trouble with them. They even drove me back to work while one of the other guys fixed my car. I have brought my old car and my current car there and they have never EVER caused me issue.

Wow, where do I begin? We were lucky enough to get a an older, but reliable second car for our family a couple months ago. It was brought to randys by the previous owner to get a thorough check up and make sure it was all in good shape before we took ownership, which I thought was awesome. Two weeks ago, the car breaks down, a simple belt and water pump issue, so we bring it back to randys where it's been previously worked on. They quote us a price do the work and I go to pick it up. Now already I'm kind of upset that they didn't notice a super worn belt on their thorough inspection of the vehicle just a short time ago, that left my family stranded on the side of the road, but okay. So I go in to pay the bill, and they inform me that the previous owner has an outstanding bill from the previous work and that I can't pick up the car until both my bill and the previous owners bill is paid. I inform them that that's against the law and they would have to get a mechanics lean, etc but I think that I was using to large of words for the inbred, redneck crew of mouth breathers they had there. TheI work is shoddy at best, their customer service is non existant. When I told them I would be reviewing this and that I wouldn't recommend this place to anyone, they said they didn't care. So to recap, I had work done, I wanted to pay my bill and take my car, but they wanted to hold me responsible for the previous owners outstanding bills. I should have called the police, this was a shakedown and not how business is conducted. I hope the place goes out of business and every employees family starves.

Brought the family car in with some part of the underbody dragging on the ground. 15 minutes later, Randy sent me off in my fully repaired vehicle without charging me a cent. This was on a Saturday and after another shop told me they wouldn't have time for it. Randy, though, said "Sure", put the car on the lift, and completed the repair. So quick and so courteous, this place DEFINES service.

They fixed my car quickly and were upfront and fair about the costs.

Always honest when it comes to repairs. Very friendly and great customer service.

Have never been treated so badly lied to and stolen from... Brought my car to be fixed $500 later said I was good to go... Picked my car up and did the same thing the "had" fixed! Had the car towed back to have them fix there mistake and they tell me my motor is blown!! And they didn't want to do any work to it!! I asked for a small portion of the money back for the repair.. Led me on for 2 weeks they kept telling me they didn't have time to talk to the owner!! I am making sure I let everyone know, the shady stuff this business trys to pull!! Do not waste your time!! Bunch of evil rotten crooks!!! It puts me in tears because my well know family suggested them to me,I work so hard for what I have and nowadays $500 is alot of money!! I didn't ask for much just asked for some consideration.. I am not one to bash ANYONE but this is not good to do to someone that if was treated right would come back and return business!!

I use the car wash here.

Nice place with lots of selection and pretty clean bathrooms

I have returned 4 times for the same problem and told them the last time I needed it fixed and they did fix the temporary issue but none of the parts were returned to me or to the company that I received my warranties from and I'm being charged upwards of $600, don't even think of pulling into their driveway

Stay Away! Evil LITTLE MAN! I was traveling to my elderly parents house at the Top of NH, I had my kids, wife, a good friend, two dogs, all traveling in one truck. We stopped in White River, to get Mc nuggets for my youngest daugther, while in town I noticed my brake pedal was soft . I looked under the truck and saw brake fluid dripping. I drove across the street to Randy's shop and asked if they would help us out . It didnt go too well. Randy said it was 5:30 and they were closed, I then asked if I could use their lift and repair the brake line myself, I fix cars for a living and my buddy is plumber, so it wouldnt take too long. Randy said that he wanted $100.00 per hour! It seemed Expensive, considering shops will do the work FOR YOU for half that much money. But We had NO BRAKES, so I said OK. Less than 2 HOURS later and the truck is all done. I go to the office to pay them and the owners wife tells me "give me $500.00 CASH" $500.00 DOLLARS Cash to fix the truck myself! Wow was I shocked. I tried to reason with them, but they didnt have much interest in what I had to say. It's sad that people like Randy and his wife feel that taking advantage of people is OK. If you brake down in Vermont, do yourself a favor and do not go to Randy's! 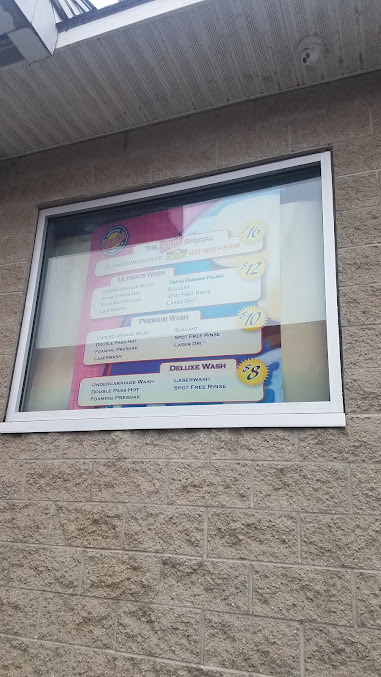 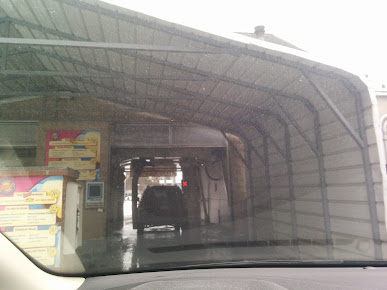 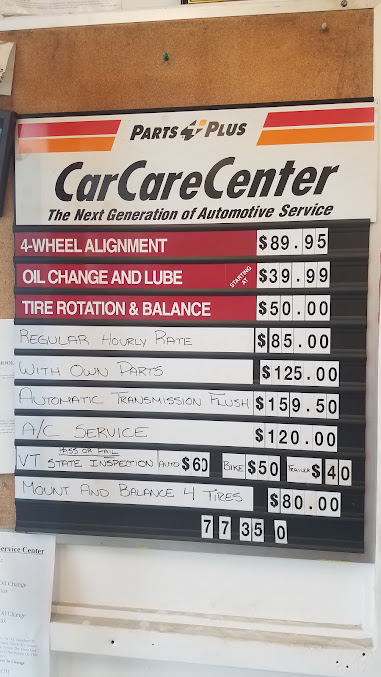 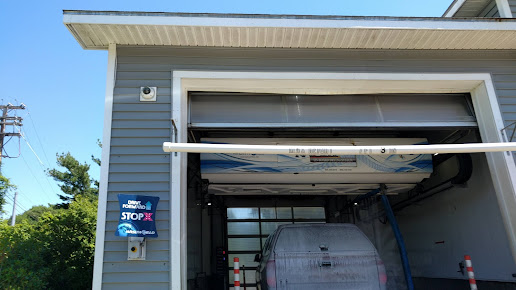 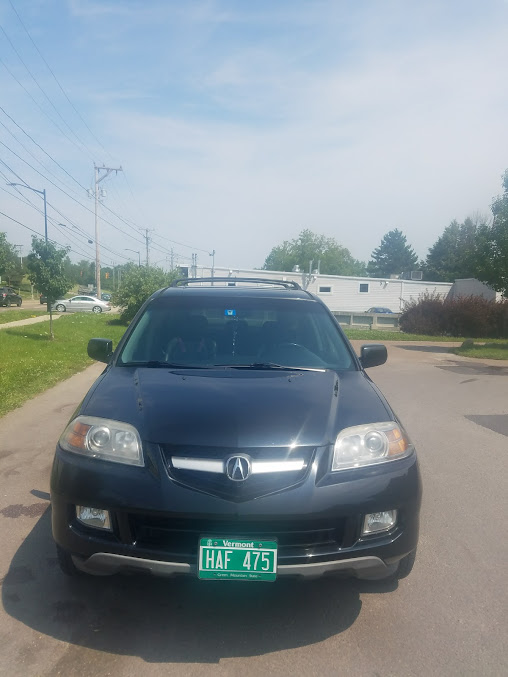 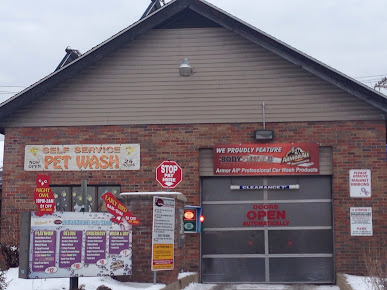