We offer you the feddbacks of real people who purchased the services of Cheseldine Car Wash (Car Wash) around Maryland area.

Currently the firm receives a rating of 3.6 stars over 5 and that rating was based on 110 reviews.

As you can see it has an average rating is very good, and it's based on a very large number of opinions, so we can be quite sure that the valuation is quite accurate. If there are many people who bothered to value when they've done well, it works.

As you know, we do not usually stop to give feddbacks when they are correct and we usually do it only if we've had a problem or issue...

Where is Cheseldine Car Wash?

Friendly hard working staff. Good wash and and vacuum. Wiped down the interior too.

We paid top dollar and bought stuff inside while waiting and it was terrible that we got half the services we paid for. They try to do you vehicle too fast instead of doing it right. Its like no matter what you pay for. The cheapest to the most expensive you get medioka.

Awful!!! Touchless left my car still dirty and wet. Horrific customer service! The "manager" did nothing to fix the problem except ask if I wanted to go through again. Manager was indifferent, uncaring and clearly doesn't know the definition of customer service. I will be filing a complaint with the BBB and I will let everyone I encounter know how terrible this place is and to not give their business

Went through the automatic car wash and after the rinse there was still soap on the car, which required me rinse it myself

Customer Loyalty. Cheseldine Car Wash (and Tire & Auto) promote honesty and customer loyalty starting from the top of the organization, with Johnny Cheseldine, down to his most junior staff members. When the bug deflector on my truck was damaged during a recent car wash-- the staff member who caused the damage immediately found me. He also called over the manager (Felipe) and described what had happened. Felipe assured me that it would be fixed, but I wasn't so sure. The next morning Johnny personally called me and within a few days a new bug deflector was ordered and installed. Everyone involved, from the wash attendant to the car wash manager, up to the owner himself, owned-up and made things right. There was no arguing and Johnny assured me that the wash attendant would not be punished as a way to encourage honesty and integrity. Now, here's an American-and-locally owned, small business, with a diverse crew all working hard and doing the right thing. They have my appreciation and earned my loyalty!

Expensive and shotty service. Left lots of streaks after paying 275 for a full detail.

Good place to wash your car and vacuum

Went through the automatic wash and still have soap all over my truck. Not to mention half the settings that selected weren't spraying anything during the wash. DON'T WASTE YOUR MONEY!

Be careful with rain guards on car

I have been going to this place for years and in the most recent I have been an on and off customer. However today was the worst service I've ever had. When I initially started coming here back in 2002 they took pride in cleaning your car. They really gave it love like it was thier own. And on top of that this is a $30.00 car wash. Now I just cant believe I drove off and there was mud on my back seat, My car mats are dirty, there is water still on the back of my truck even after asking it be cleaned. Tire Shine?!? Where. I had to go to Autozone and do it myself. Please get back to the good service you used to give us years ago.

Self service. Worked as needed

Love getting my car washed at Cheseldine. They do a terrific job.

Top of the barrel car wash!! Courteous and attention to detail when handling the care of your car! Excellent customer service! The owner is extremely pleasant and takes the time to talk to you and is definitely all about his personal touch connecting with his customers!! Five Stars!!!!! *****

Very nice staff did a wonderful job making my car look nice and clean, inside and out!

They halfass wash your car and take your money.

Over priced but a decent job is done.

Machines steal your money hard to get refunded

Never a disappointment. My truck looks brand new once they are done with it.

Great place to get your vehicle cleaned. They clean everything. -1 star for marks on my ceiling from dryers holding on to the interior while wiping down roof. All car cleaners do this but it needs to change.

Very fast and friendly Mexican ran establishment... great service and nice building to wait inside with food and auto amenities while you wait (which won't be that long

Full service inside and out of teuck

Do a great wipe down

Not the best car wash I have been to but they do a good job in a short time.

If this establishment is associated with the self service section located in the back well then this must be the #!@$est car wash ever. High pressure was no were near that and further more someone must verify cleaning agents regularly. No soap for the foam brush...as well as all the other "high" pressure options. I will never visit this place again and I recommend you don't either. It'll be a waste of time and hard earned money.

Check you vehicle over before you leave. Had chip paint on front bumper. Brand new vehicle!!!

I will never take my truck here again... says paid 30+ dollars for a poor job in the inside of my truck... was trying it out will be returning to the car wash at hermanville road

This place sucks. Why have rules if you don't enforce them? I called for help about a customer holding up the platform area and was basically told sorry for my bad luck. Pssh. It's also dirty (garbage everywhere) and the machines will eat your money .

Friendly people. But the people who clean the interior windows need to do better.

Awesome staff that will answer any questions and help on self-car wash stations. Got detailing/cleaning done for my husband's car for his birthday and the car inside and out was spotless!

Not as good as it used to be. Attitude needs adjustment no military or senior citizen discounts.

Amazing job on cleaning my car and very reasonably priced.

Paid $11 for a carwash. I had to wipe down areas it didn't clean. Ended up with dirty rags. Terrible carwash. Don't waste your money.

For selecting the best package they offered and spending about $30, I expected a more thorough cleaning. It was decent but wasn't the best. There were still spots and areas that were not properly cleaned on the inside. Decent job, might recommend for a basic vacuum and wash. Don't waste the money on the top dollar package. I'm giving three stars because the inside clerk and the service workers were very friendly.

I paid for the Premium #1 wash package what I got back was a dirty interior sticky stuff on the dash fingerprints on the sun roof. Went back spoke with the manager, he said no we don’t wipe the dash unless you pay more. I was like what pay more?? I already spent $30 dollars on a car wash and now he wants more. He refused a refund and a discount and told me he didn’t care if I came back.

Decent place. Not as ghetto as the park. Haven't had any hooker's or bums approach me there, so recommend it on that note lol.

A lot of money with out the detail. Better than it was but not great.

Good prices for the services.

I went to this car wash and as I was watching my car drive thru the wash, I noticed my witnessed my license plate being bent and the bracket being snapped in half. I mean, it was a dealer bracket and I know that the license plate could be bent back but I thought I should let them know anyway. When I did, the lady at the checkout was completely rude telling me that the bracket was probably "rotted out." That was ABSOLUTELY not the case as I had purchased the car (new) a little less than three months ago. Anyway, when I got back into my car there was still trash in the cup holder and spots that hadn't been wiped at all. It was just a bad experience altogether and as lazy as I am, I'd rather wash the car myself if I don't find another place.

Thought I'd try it out. It's ok dont like that I dont drive my own car thru the car wash, the initial part of the car wash is someone cleaning it with a brush like I would at home and putting the soap on it figured with the price it would have that automated. Interior was cleaned kind of mats not cleaned thoroughly my door by the switched still have stuff/dirt on them, dashboard has one wipe thru it had them come to do better and it was a little better. Have a scuff mark on my back seat from girl climbing around to clean windows. My navagation screen wasn't even touched my seats and mirror were all changed and not put back. They were rusvjnh thru cars to get hem done vs doing a good job. Wont be coming back.

I purchased the full detail with heat extraction and was amazed with the results. Car seats went from dirty camo look to new car tan...not bad for a six model years old vehicle. Associates were pleasant to speak with.

Great place to get your car washed and cleaned out. They do good work.

Regular wash. Staff left streak marks when they dried my car. Staff looked annoyed when asked to FIX IT. Will not be going back 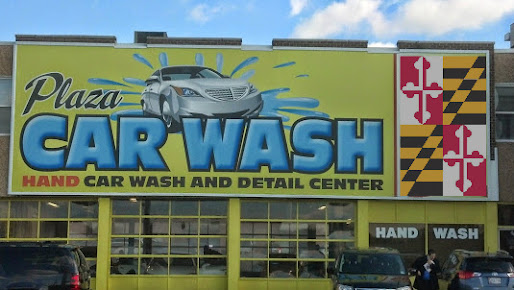 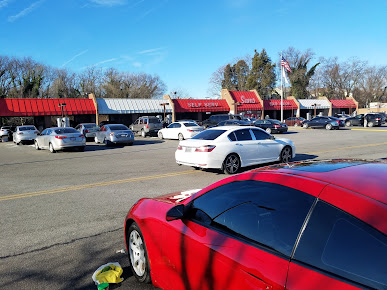 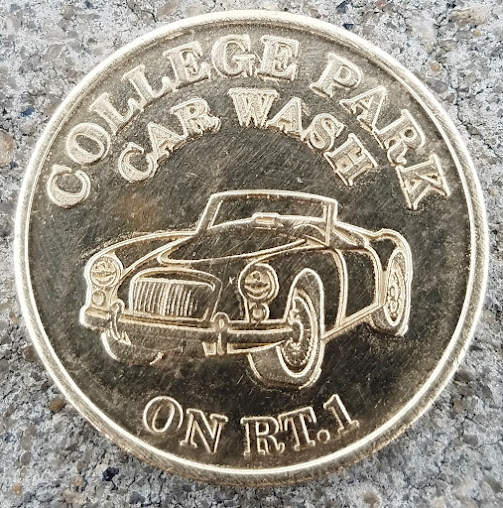 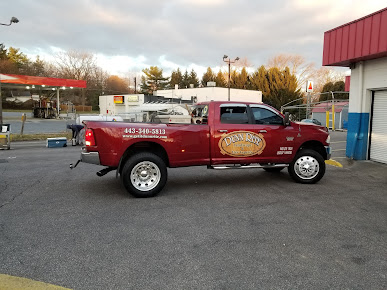 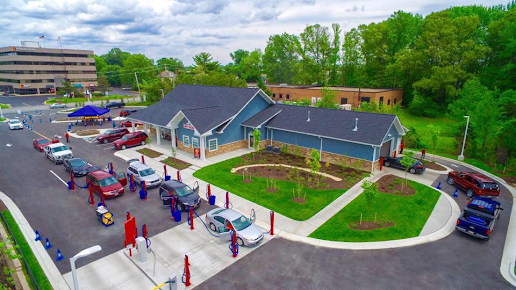