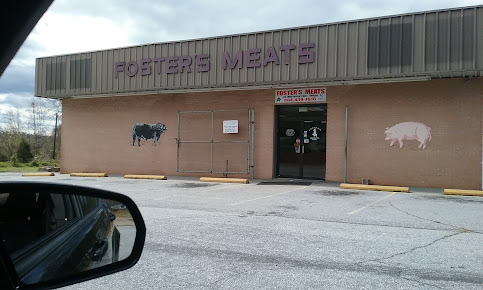 You will be able to see the opinions of people like you who buy the products and services of Foster\'s Meats (Butcher Shop) in the area close to South Carolina.

At present the business receives a score of 4.2 stars out of 5 and the score is based on 67 reviews.

As you can see it reaches an reviews average is very positive, and it is founded on a very high number of scores, so we can conclude that the rating is very accurate. If people have bothered to leave their opinion when they are satisfied with the business, it works.

You know that we don't usually stop to put opinions when these are correct and we usually do it only if we have had a problem or issue...

Where is Foster's Meats?

Some the best meat in town fresh. But not a big selection

I get alot more meats at a fair price

becouse its got great food and down to earth people working there.

Always a great selection of meat, good prices and they give Veterans discounts. They will always have my business.

Found this place on google, they have the best fresh meat, I'm ready for summer and cookouts, I will definitely come back to get more

Always friends and courteous, only meat market I shop at. Drive from the north side of Spartanburg because of the prices and quality of food they offer.

Very good prices and quality. Owners are very friendly and helpful. Thank you Jennifer for a wonderful experience.

TOTALLY HONEST, CARING, AND TRUSTING OWNERS. BEST DEALS. BEST QUALITY!!!! Unjustly condemned by Animal Rights after hospital and doctors tried to cover up my health issue and their neglect/abuse last summer, but going back for a few years. My health issues were the fault of doctors delays and work place problems in Greenville, Simpsonville, and Greer. Having been in the area only 4 months, FOSTER MEATS ITEMS DEFINITELY {PER COMMON MEDICAL KNOWLEDGE & HARVARD SCHOOL OF MEDICINE} DID NOT CAUSE MY HEALTH PROBLEMS!!! THEIR QUALITY MEATS AND OTHER ITEMS ARE THE BEST THING FOR US ALL TO BE HEALTHY AND LIVE LONGER LIVES!!!! ANY ANIMAL RIGHTS PEOPLE: GET A LIFE AND STOP HARASSING THESE GOOD, HONEST, LOCAL, HOMETOWN MEMBERS OF DUNCAN SC (USA - AMERICA)!!!!!!! Your humble, hometown, customer for life. fb(m/j)

Great place. Not only do they have excellent quality meat, but it's cheaper than you'll find in any grocery store. Recently I've been buying their package deals of meat.

Prime rib was fresh and cut to order. I dry aged the meat for Christmas Eve dinner -- excellent. Only complaint is the horrible cigarette smoking by staff in the building. Ugh...I couldn't wait to get my prime rib AND me outta there.

Worst place ever no joke .all the meat was brown and they sold me chuck steak and said it was porter house ended up throwing it away.my BBQ night was ruined.i dont recommend going any where near this place .unless you want to get sick

I took some animals to Foster's meat market today the lady at the counter was very nice and informative. I haven't brought any animals for processing before so she helped me through the process and told me my options and I made my decisions it went very smooth was fairly quick and easy so I'm going to give this a five star rating now I will do another rating after I receive my product and I'll let you know how it goes

Best place to buy meat. Very friendly staff and will make a specific cut u want not just what they have on display...

The customer service was really well. They have amazing deals on meats. I highly recommend going here.

Do not let them process anything for you, you won't get half the animal back and parts you do get will be from animals other than the one you took to be processed. The satisfaction of raising your own meat is totally stripped away and discarded. Plus they never made good on the missing meat and lie and string you along until you have to sue them or give up.

DO NOT DO BUSINESS HERE We have raised ans sold our own beef for several years and this was the biggest rip off ever. We know what our cattle weigh at birt, weaning, and throughout the feeding process. We Also weigh the day we drop them off at the processor. 1-Our steers only hung 50% of their live weight which is approximately 15% lower than what we have ever had before. 2- we were about to leave to go pick meat up ( on the day I was told it would be ready) and luckily one of my clients called and said theirs was not ready so I called and ours was not either. We would have made about a 2 hr trip for nothing. I never got a phone call saying the meat was not ready as they stated it would be. 3- We get there and I ask what percentage of live weight do their cattle that they slaughter weigh and I was told “ they couldn’t tell me Bc they had never done any for me. “ This was not a relevant answer. 4 - I ask do they raise their own cattle to sell in store and was told they do not raise their own cattle- Jennifer later told me that an individual would GIVE her beef if she wanted beef. - I was never given the name of a producer that they buy their beef from to sell in store 5- when I told them our hanging weight was way lower than normal and was wondering why, I was asked to leave . They were very rude and told me that they were not stealing anything from anyone but yet still could not tell me where the other meat was. She told me it would only be hurting themselves to make the hanging weight lower Bc that is how they get paid so I gave the following scenario: They get 90 cent /lb to process so given the amount we were missing would be approximately 100 lbs of beef so they miss out on $90 that I would have paid them for processing that 100 pounds . Then IF they hen sold that beef themselves in heir store for $10 lb , which is pretty realistic across they board, they then make $1,000 on the meat they took. Cheating on hanging weight would be so easy and most people would never catch it Bc they don’t get live weights beforehand. 6- if there was nothing to hide and they were doing honest business, they should have been able to answer all of my questions and would not have gotten hostile and asked me to leave 7 - long story short , the beef we got was cut and packaged very nicely, however we only got 1 small brisket (should have had 4) not near the steaks we typically get, and a customer of ours was supposed to get ribs and he got 1 pack of ribs).we made no money on the other 3 we sold , due to we get paid by hanging weight also. - if you do not know weights and numbers on what you SHOULD get, you will be very happy , service is great until they realize you know more than what they think you know! - my husband and I both have called and emailed and they will not responded, they have also hung up on us.

great prices that match with the quality, very friendly staff, love this place!

Great first experience with them! Selection and prices are great and the staff was very helpful.

The owner Jennifer is a wonderful person to do business with. She bent over backwards to help us with the young bull we brought to have processed.

I was really impressed with the cleanliness of their meat cutting room when I dropped off my lamb. Everything was cut and wrapped as I asked for. Price is right also.

I have always been very happy with my purchases with Jennifer. Good quality and price. She seems to care about the quality.

Great selection at a local business.

I love this place!!! The meats are great, and the prices are even better!! It's very clean, and the staff is super nice!! I have recommended Fosters to everyone I know! I'm constantly bragging on my purchases!!!

Great prices on processing wild game. Will see in 2 weeks if they do a good job.

DO NOT Take you hog here.******RIP OFF ALERT****** They Rip you off. Totally mixed up my hog with someone else's. Was also shorted 60 pounds of chops and other meat. Drove back down there and my order wasn't inventoried on sheet. They had to give me meat from the case to make up for missing 60#s. Was only 30 #s of boneless chops. Still was short 30#s. DO NOT GO THERE.

Great meat and other healthy local produce. Perfect place for anyone trying to eat Heart Healthy or avoided processed meats.

They are very clean. Nice people.

I am completely dissatisfied with this business. I called earlier in the day to make sure they had what I was looking for and was told that they did in fact have it. Upon arrival I stood at the counter for several minutes before being helped. The counter girl had no customer service skills whatsoever. Upon requesting the item I was there for she walked in the back and stayed there several minutes. In this time another employee appeared behind the counter and he too had no customer service skills whatsoever (no greeting, eye contact,etc.) Finally the girl reappeared and told me that they did not have the item I was told earlier on the phone that they stocked and was told to call back tomorrow. I drove out of my way from two towns over to get an item that I was assured over the phone that they had in stock. Needless to say I was less than amused. While I was standing at the counter waiting for the clerk to do whatever in the back another customer walked in and waited in line behind me. After i was told they didn't have what i was looking for I headed out to my car. Before I could fasten my seatbelt and start my car that customer came out of the door cussing and complaining about the customer service or lack thereof. I do not recommend this business for anything. 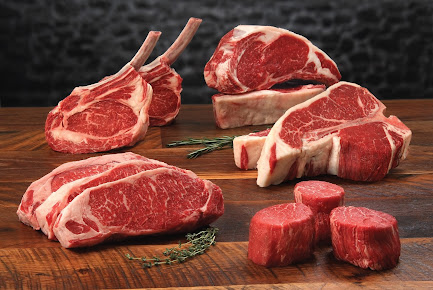 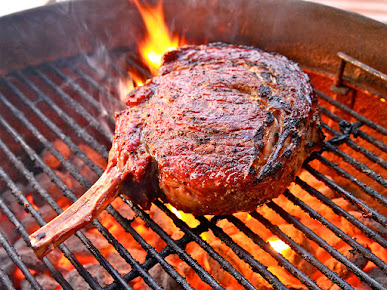 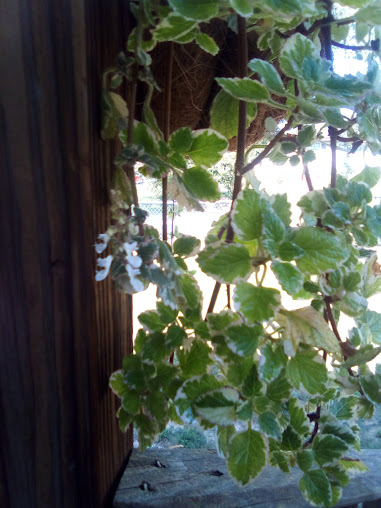 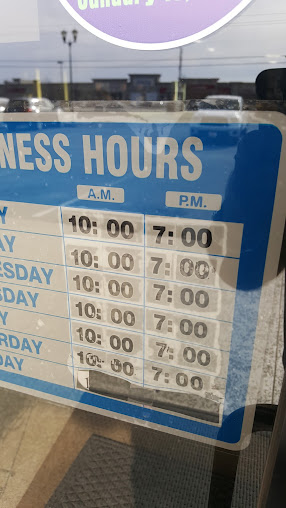 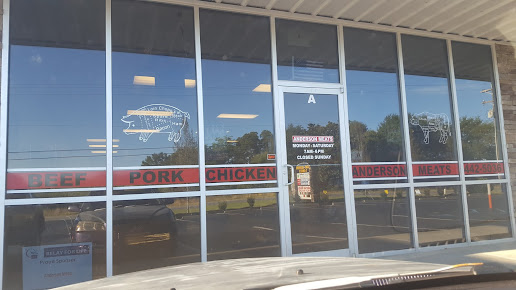 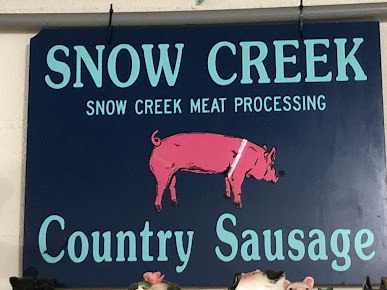 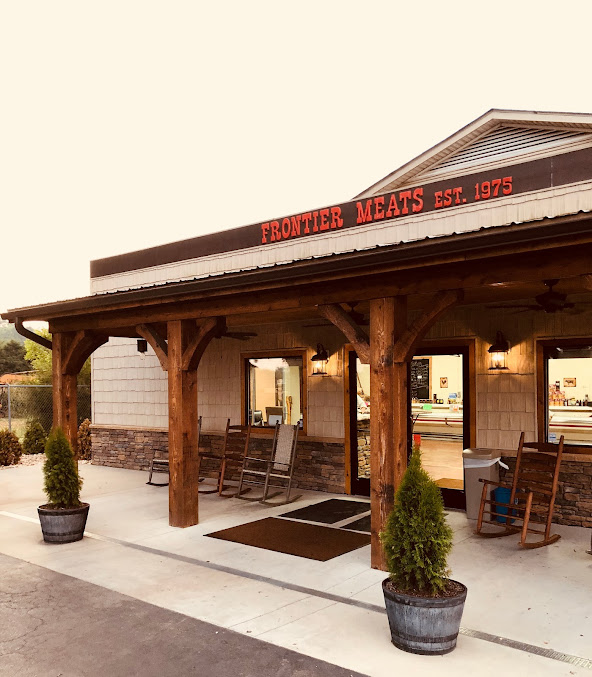