Reviews of 3Be Meats (Butcher Shop) 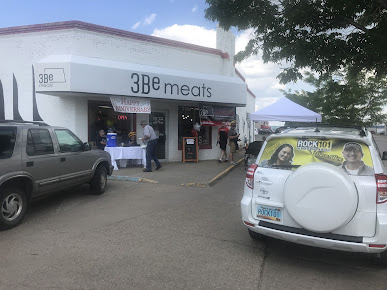 You will see all the feddbacks of people who used the services of 3Be Meats (Butcher Shop) in North Dakota area.

At the moment this firm has a rating of 4.8 out of 5 and this rating has been calculated on 157 reviews.

You must have seen that it has an average rating is virtually the best one, and it's based on a large number of opinions, so we can say that the score is very faithful. If people have bothered to leave their review when they've done well, is that it works.

As you know, we don't usually bother to place evaluations when these are good and we usually do it only if we've had a problem or incidence...

This Butcher Shop is classified in the category of Butcher shop deli.

Where is 3Be Meats?

REVIEWS OF 3Be Meats IN North Dakota

I love their farm fresh eggs!!! My wife can actually eat them without breaking out!

First time there and was satisfied with the help I recieved

service and meat was awesome

This is a great butcher shop.

I love this place, I have a sandwich, chips and drink a couple times a week. You get a choice of two meats and a cheese. Quality is awesome and lines are usually short even during lunch hours. I had some baby backs from here also that I was quite pleased with.

Love going to 3be meats the stafe is freindly, good selction of meat, there summer sausage is the best I've ever tasted, there sandwiches are filling and there is a veriety to choose from. Defonitly a place people need to come and see for themselfes

One of the best butcher shops in the Bismarck mandan area. Supper friendly and always clean

Highest quality butcher shop within the area. Love the recipies and the unique flavors. I won't need to go to Dan's for anything ever again.

This shop is the best in Bismarck-Mandan, they serve quality products with phenominal service. I believe everyone coming through town should give them a try!!

Place is great! Had a Cheese Brat to celebrate their 2 year anniversary! Thank You!!

Great customer service and ready to answer questions. Large variety of traditional and not so traditional brauts. All your expected cuts of meats, sandwich shop inside, snacks and excellent jerky!

One of the best places to buy meat in Bismarck. Definitely the best deli sandwiches. I recommend to call ahead. It can get busy at lunch time!!! Lots of varieties of smoked meats on rotation.

I've had ribeyes, tiger meat, jerky, brats and more from here and everything has been excellent. Wonderful staff working here too!

Wish I would have found this place sooner. Great cuts, awesome beef sticks. Looking forward to my next steak from this place.

Service was great , they answered all of my questions.

They have such a large menu online and we were excited to try multiple items. We get there and they had none of what was advertised. Ended up buying ribeyes. Went to two other butcher shops in town immediately after, and they had much better prices on the same thing we had just bought. I probably won’t be back.

Any kind of brat you could imagine, every cut of meat you would want, many flavors of meat sticks, burnt brisket ends, jerkey and seafood. Very clean, very friendly.

The very best quality of meat, and have great selection of everything. They have the best deli sandwich’s in town. I go here everyday for lunch. 5 out of 5!!

I have been very pleased with the service and even more please with the meat!

This family knows how to get it done. They have so many choices and they have a lot of different types of sausages. They think out of the box.

Steak Jerky is excellent! Selection of sausages, jerky and meat sticks are very good as well. This is Locally owned, family run business that I will happily support.

Every time I go here it’s a great experience. Their deli sandwiches are delicious and affordable. Don’t be afraid to try the unique flavored brats. We had the S’mores brat this weekend and were shocked at how delicious it was. The chocolate brought out the flavor of the meat better. So impressed with this place and hope they will continue improving this community for years to come!

Great service, great selection of meat. Try a hoagie style sandwich from the counter! Your choice of meats and cheese and you can make it a combo.

If you are not going to 3be you are making a mistake. They have great cuts of all meat and if you want it just ask. More importantly the staff is great, Frendley and will always rember you. But the best is there wild game processing. I have had moose, antelope, and vennison done in 10 plus places and now won't go anywhere but the team at 3be. Great meat. Great team.

Love this place, always has a great selection of high quality meats!

Staff is very helpful and friendly high quality meats and cheese at good prices... all of there signature products are very good can not go wrong with anything i have them smoke all of my venison sausage every year and has turned out amazing every time will highly recommend to everyone

One of the best atmospheres to be around that I have seen to date, as well as great cuts and great prices

Absolutely love this place!! Great brat selection, and if you haven't tried their sandwiches you are missing out!! Will keep coming back! Excellent customer service, as well.

Excellent customer service and I just love the smell that hits your nostrils the second you walk in.

This past Veterans Day weekend I had shot an elk in Montana and was on my way back home and called 3be Meats in Bismarck to ask if they processed elk and if it needed to be cleaned or if they charged to do so. After a brief conversation on the phone they had indeed said they would process it and they clean the meat no extra charge if it is de-boned(in which this case it was deboned already). I got back late Monday night from the trip and brought it to them first thing Tuesday morning, where again I made sure to ask that they clean the meat before processing. They assured me they did and we went thru what cuts I wanted and also checked I wanted them vacuum sealed. They wrote everything down told me they should have it done by end of week and I went on my way. I got a call back the following week that they had it processed and I could pick it up, so I stopped to get it. In doing so, I noticed there was only 11 steak packages that were not vacuum sealed as well as the roasts not being sealed and just freezer paper wrapped. It made me upset, but I went on my way. I got home and started unloading the meat and noticed there were no tenderloins anywhere which I clearly stated I wanted kept separate and vacuum sealed. Which was also written down on my order sheet. I went back down to 3be the next day and they told me"we don't have your meat, do you think we are trying to steal it?" I stated I only had 11 small steak packages and no tenderloins. After going back and forth with one of the owners he went to the back and somehow found my vacuum sealed loins. I went on my way again. A week later we ate the ground burger in spaghetti the first time and noticed it being full of hair. I immediately called down to them and they said they would talk it over and call me back first thing in the morning. I waited all day and never got a call so I took a package of burger down and cut it open and showed them that it had hair in it. I talked to the owners who stated "it's not that bad. How do we know this isn't a fluke?" I told them I will bring down all 122lbs of burger and they can have it. They then tried telling me that it wasn't their fault and there's nothing theh could do." So after I had driven 22 hours round trip to hunt elk and shot a cow for the meat because conditions were not great and packed her 2.5 miles down the mountain in 24" of snow the answer they gave me was"it's not that bad". They asked me "what I wanted to make me happy" and I explained "I wanted elk burger to replace the stuff they messed up." They in turn said they needed to talk about it and would call me the next morning at 9am. I waited for that phone call for 9 days before calling them back and for them to say they would give me beef burger instead and it would be ready the following Monday and they would call me when it's ready (for everyone out there that doesn't know price and quality difference pound for pound, they don't equal out). Even though I was still grateful that they at least were going to give me something. So I waited for a call for another 5 days and never got one so ended up calling them again to see what was going on. Finally, they said it would be ready on Tuesday and I could pick it up anytime. Tuesday I went to pick up the burger and the owner helped me carry it out and only responded with "later". Throughout this whole ordeal not once did I get an apology from them or be treated with any respect. Very disappointed with the service and lack of professionalism they carry and sad to say I will never return after being treated that way.

Beautiful cuts of meet at a very good price.. Better then some others in town I do have to say so my self.

The selection and good meat wants you to bbq.

Pretty cool place. A lot of selection of meats. The staff are eager to help, and were very courteous, especially close to closing time on a Sunday. I'd definitely go back. All their meats looked great!

Great new meat place! Clean, friendly and a convenient location. Great jerky! Try the steak jerky...you can't get much better than that! Ask for a sample, you'll see what I mean.

The jerkys and brats are super delicious

As soon as I walked in I was greeted and asked if I needed help finding anything. They help me get what I was looking for in the door and out within 5 minutes. Fast and great service.

Best fillet mignon ive purchased in town! And great selection and quality on other items as well

Business Hours of 3Be Meats in North Dakota 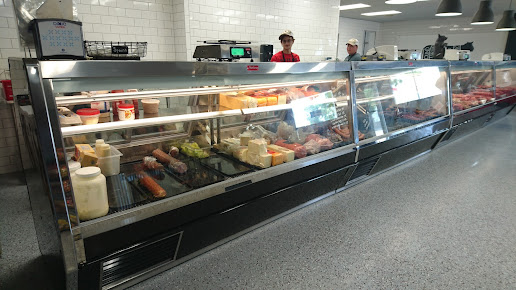 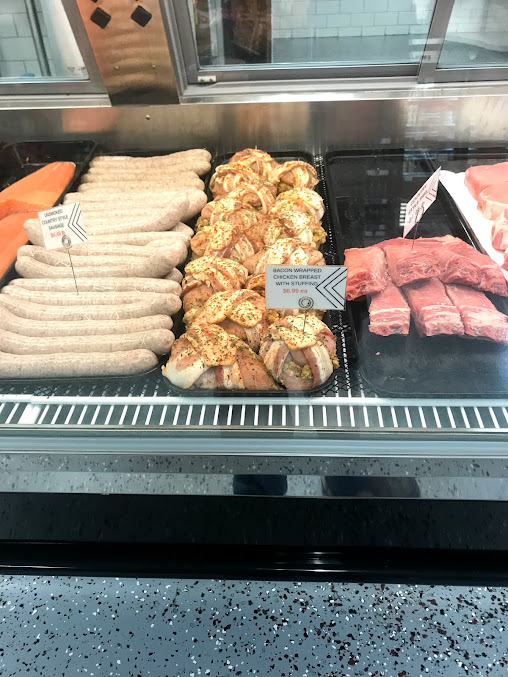 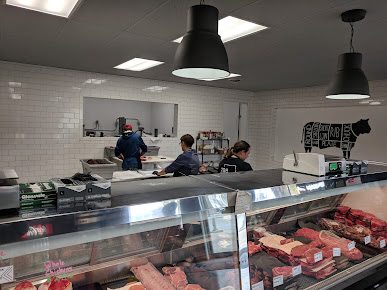 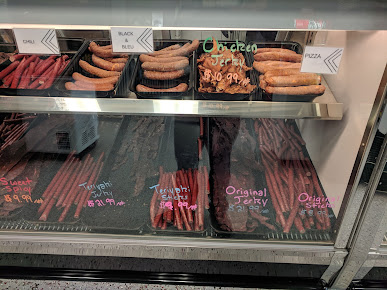 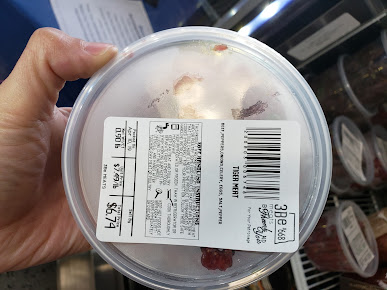 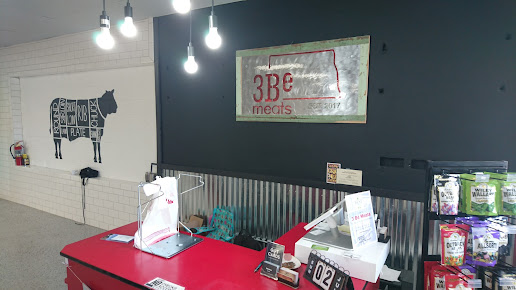 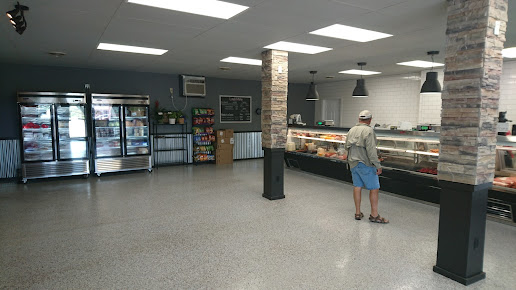 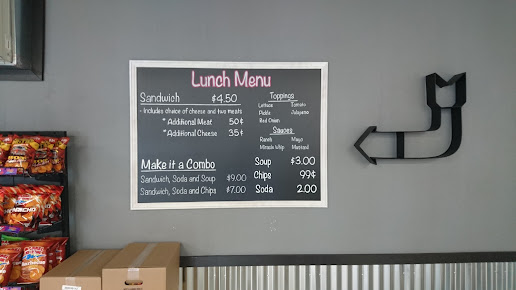 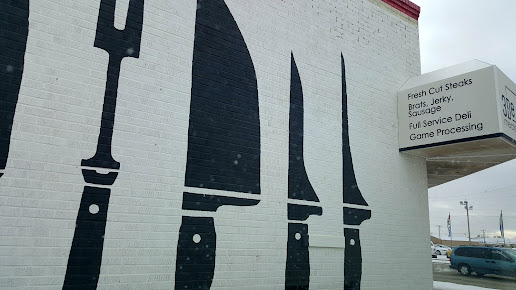 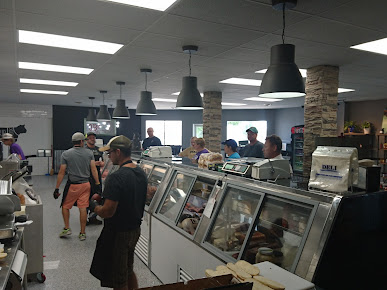 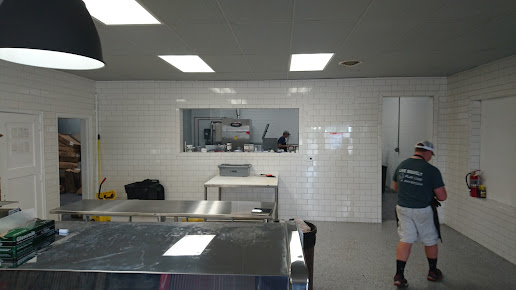 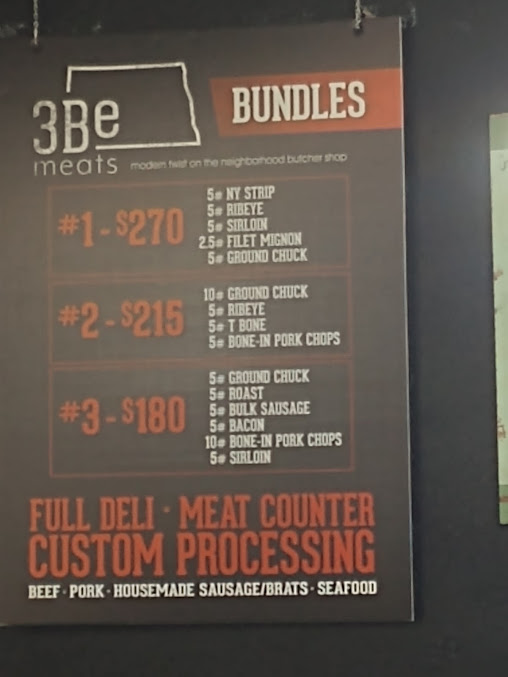 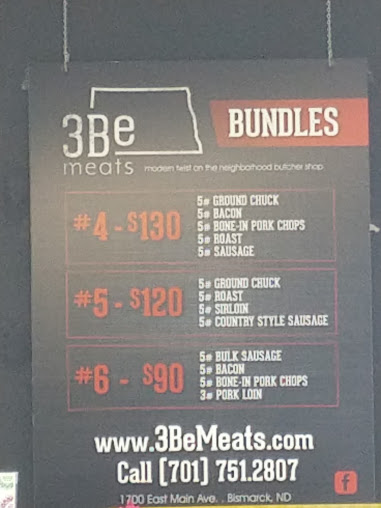 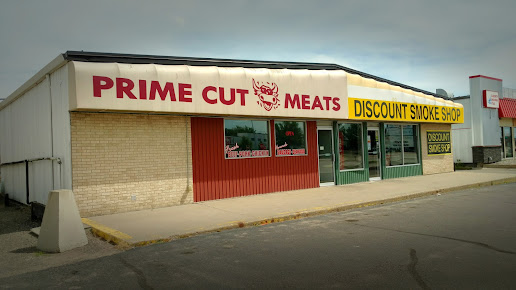 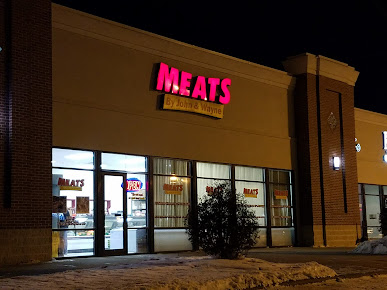 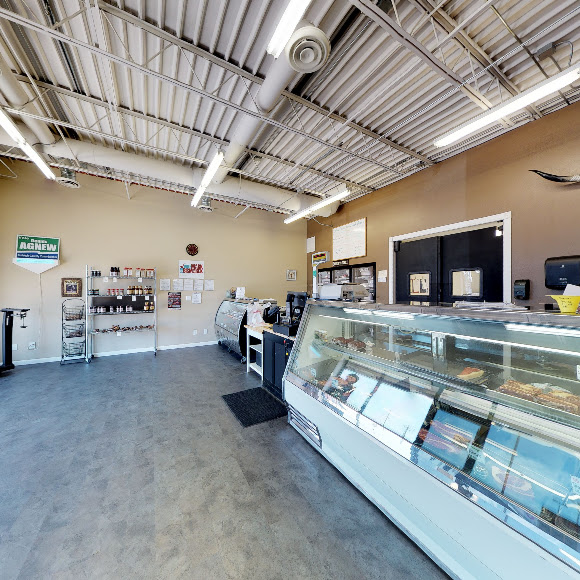