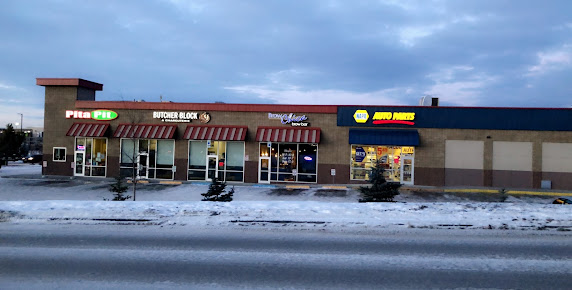 Here you will see all the opinions of people who used the products of Butcher Block No 9 (Butcher Shop) in Alaska.

Right now this business receives a score of 4.7 stars over 5 and the score has been based on 91 reviews.

As you can see the average score it has is virtually the top, and it's based on a very high number of opinions, so we can say that the evaluation is quite accurate. If many people have bothered to value when they've done well, it works.

As you know, we do not usually bother to set reviews when they are good and we usually do it only if we've had a problem or issue...

This Butcher Shop corresponds to the category of Supermarket.

Where is Butcher Block No 9?

REVIEWS OF Butcher Block No 9 IN Alaska

This is my go to place for fantastic locally made bratwurst, and fresh (and frozen) lamb cuts. They are a top notch butcher shop, and they have a small but mighty lunch presence, creating tasty deli sandwiches, as well as quiche and soup. Try their Reuben for true awesomeness!

(Translated by Google) No good (Original) No Bueno

Staff was a little unsure about current deals on the block, but overall willingness and friendliness was what made the difference!

Missed the lunch time got some beef pot pies sitting under the lamp. The crust was perfect the inners tasted like beef stew with a hint of teriyaki. Even after sitting under lamp it was pretty delicious, and I dont really care for pot pies dislike beef stew even more, but im going back for a fresh one some time.

Just what Anchorage needed. Good local meats to use for all occasions. Some rare cuts and rare meats as well when you need that certain something.

Love this place! Not your average butcher shop! What a selection! Fabulous people! OMG meats! If you are a vegetarian steer clear! If you're a carnivore this is the place in Anchorage for you!! Unmatched selection in Anchorage, a little pricey but well well worth it! I have nothing bad to say about this place!!

My youngest child has declared this the best store ever. They keep a fine, varied selection. While they may be a little on the spendy side, the store is clean, the cuts are fresh (often local), and the service staff is helpful. They have raw cuts as well as a good selection of sausages and preserved meats. The locally-produced teriyaki reindeer sausage sticks are a big hit with my kids at snack time, and there's usually a sample of something available to be tried.

Love this place! The quality is great and the kids they have working the front are very nice and very helpful. I hear their daily lunches are pretty awesome but have yet to try one myself. The meat quality is exactly what I was looking for! Keep it up guys!

First discovered Summer 2017 - thrilled with quality, selection and price. Since the prices have come up a bit. Now offering prepped take away for lunch. We enjoy everything we've tried from aged steaks to duck confit, country pate, jerky, Italian sausage, birch syrup bacon, potpies (be prepared to add salt and pepper to taste). Haven't ordered an entire cow but it's an option.

We’ve been buying meat from these guys for several years, before they had the storefront. Exceptional quality!

The only place that I buy fresh cut meats. They have great lunches too!

I'm new to the area and this has become one of my favorite stops!

This place is so good I almost want to leave a bad review so it doesn't get too crowded. Their lunch sandwich options are adventerous and LOADED with their delicious meat. Their fridges and freezers are filled with high quality meat and cuts you can't find anywhere else in Anchorage.

They have a very wide selections of meat. The charcuterie and sausages they make are some of the best in Alaska!

The pate was wonderful, we are visiting from out of town and so only tried cured meats. But the staff was really friendly and everything we tried was top shelf.

The staff were polite and helpful with questions. Informed me on things before starting and we're even kind enough to get me printouts of deals and bundles they have. The two items I got we're Alaskano Salami and Brresolla. Both were good, had them with some cheese and wine at home.

A few days ago I requested 8 containers of bone broth as I have on previous occasions without issue. Today I got a call letting me know some came in. Great, right? To my dismay when I arrived I was told that today the boss had decided to not only reduce the size of the container of broth by half but also increase price by 30% so my order went from $56 to $80. I just really feel like I should have been told I was picking up a more expensive and altered product on the phone when my order was confirmed instead of having to find out about the price change after I've arrived.

The people there are awesome. Super friendly and very helpful. You can tell they are excited about their products and to share something enjoyable with customers. I tell everyone about this place. Great selection. Fantastic people.

It is reasonably priced and quality meat. It's also primarily locally sourced.

Great meat! Orders cut to your liking. Lots of options. Busy place so don't be upset if it takes a minute. It does cost a little bit but well worth it. Things here I can never find. They have a few hot food items as well and they are good!

The selection of Meat is amazing!!! Hands down the best sandwiches I have EVER had ! This place rocks!!!!!!

Found out they serve lunch. While waiting, fell in love with all the meats they had ready, in such a great display. They even have dinners you can get to go. Well worth it. Will indefinitely be returning for more.

Large selection, great customer service. A must stop in.

Lots of great locally sourced meats, including some fantastic charcuterie. Can be pricey though.

I was there with my son and daughter-in-law. It was ok for me I don't shop there.

Beautiful shop and friendly people to help you find whatever you need! Super tasty too :) Love all the bacon and the special dog treats.

Excellent selection of meat, but watch the SCALES!!! I came in and the guy up front was nice and he recommended the dry aged T-bone at 25.99 per lb. I said what the hell and decided to try it. Came home the first time and noticed that the T-BONE, had no tenderloin on it, just a big ass bone with the strip. I went back to see if I could maybe get it replaced with the tenderloin...NOPE. You would think that a butcher would mention that the really expensive T-BONE didn't have the tenderloin on it. Fine, they apologized, I'll deal with it. Came home and weighed it (I like to bake bread so I have a professional scale) andit was off by more 3/4 of a pound from what they charged! I was overcharged by almost $20. I Was really excited for an artisan charcuteri and butcher shop, but when you rip people off (even for a couple bucks) I don't think you'll make it far. Also, I don't like to post anything negative, but if it can help somebody be a little more diligent than I was, then it's worth it.

Beautiful brisket. The kind of place you go for one thing, and you leave with your arms full.

Stopped in for lunch and the clerk accidentally overcharged me for a sammich + soup special. To save everyone some time, I asked for a credit on my next purchase instead of a refund slip. They hooked me up! Awesome food and outstanding service. Customer for life!

Box packages was not a good value and ribs had little or no meat.

A butcher store that produces local meats. From cuts to a wide variety of handcrafted cured or smoked and dried sausages and stuff I have no idea existed. They also have some game meats like elk or bison. It's way too much to describe in a review and recommend that you stop by and experience this in person.

You will be missing out if you choose to go anywhere but here for lunch ! Gourmet home cooked flavors that nourish the soul. Every bite left my mouth watering for more. Best part is , it was less expensive then McDonald's. my wife and I filled up on a 9$ ticket . lunch is served between 1130am - 2pm. Not to mention all the great meats they have on stock , I recommend this place very highly , usually I don't rate places this spot deserves 10 stars in my book . will be eating here very often now that we know what its all about !

Best meat products I've ever eaten in my life

This place is awesome. Great selection of meats you can't find elsewhere in Anchorage (I could have spent all day here just looking and letting my mouth water). Plus the staff was super helpful. I'm very excited to smoke the fresh, NOT frozen ham for Christmas this year.

Great selection of meats: local, regional (Pacific NW), etc. Can't get any better customer service either. They'll also let you try any of their charcuterie, so don't pass it up.

My first time. I bought an entire leg of lamb and loved it. Wonderful selection of healthy meats.

I've always loved this place, but was especially impressed today by their excellent customer service in helping me put together some last minute holiday gifts. Thank you Jacob for going out of your way to help me today!

Business Hours of Butcher Block No 9 in Alaska 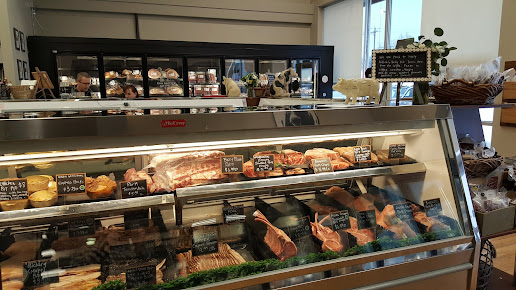 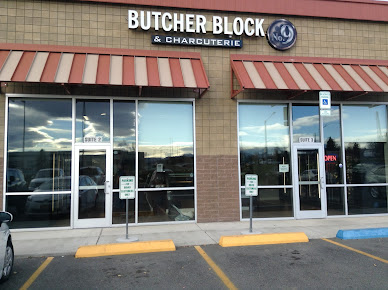 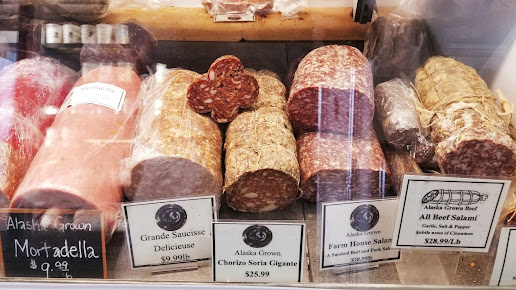 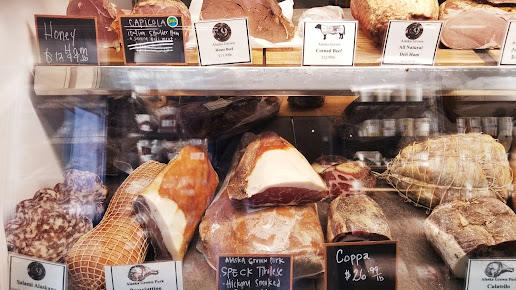 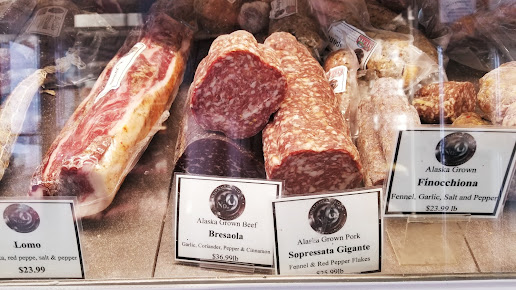 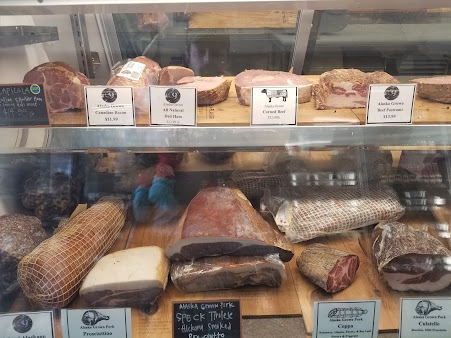 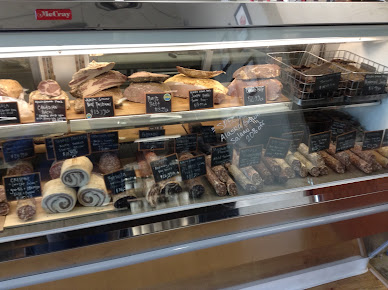 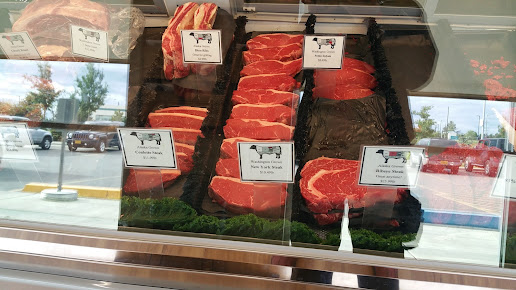 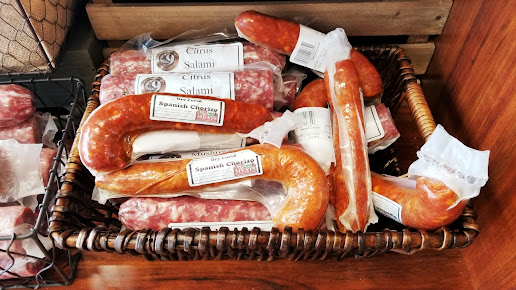 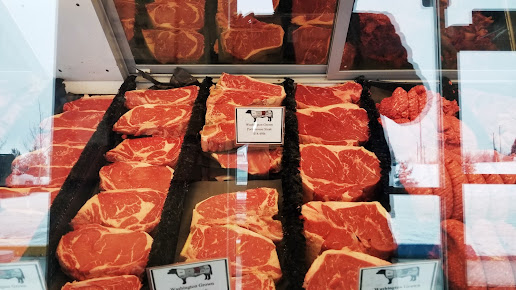 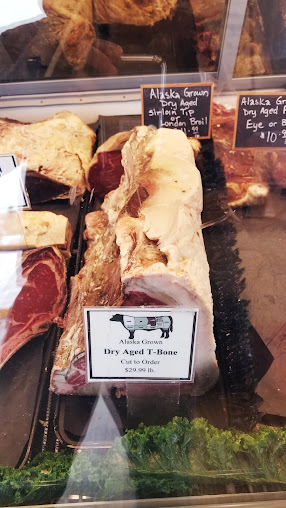 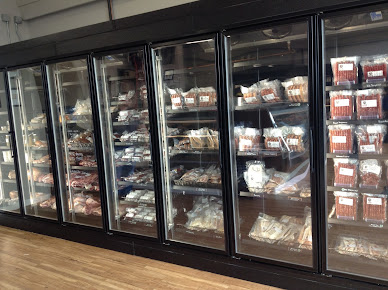 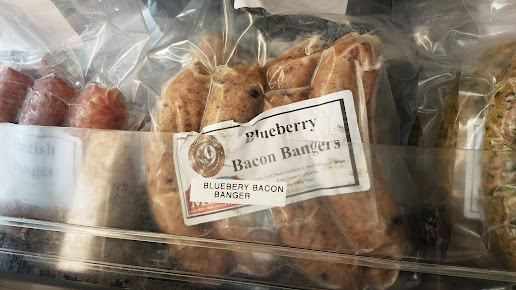 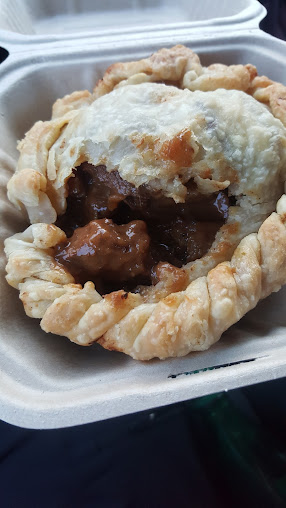 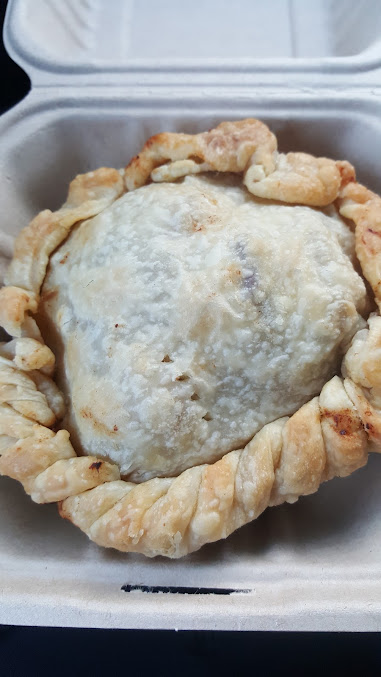 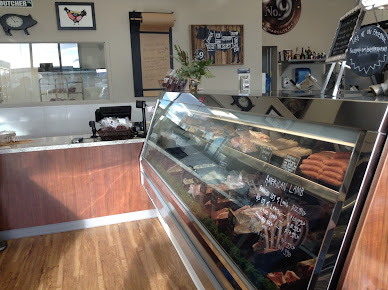 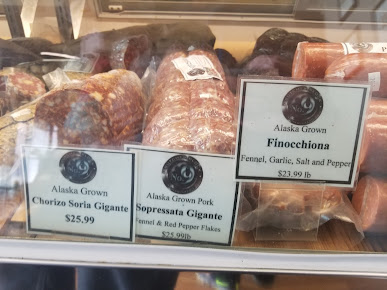 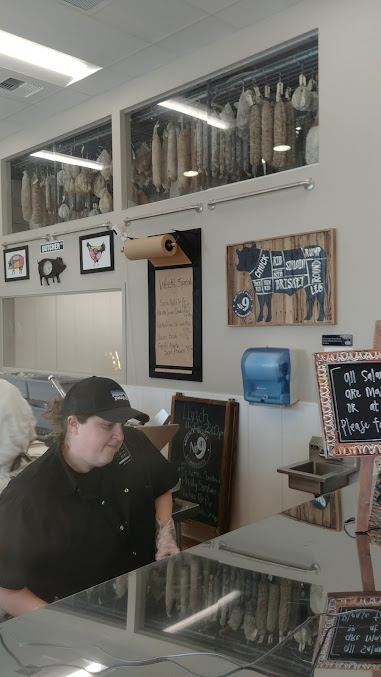 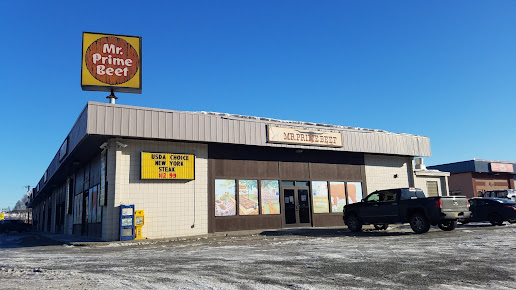 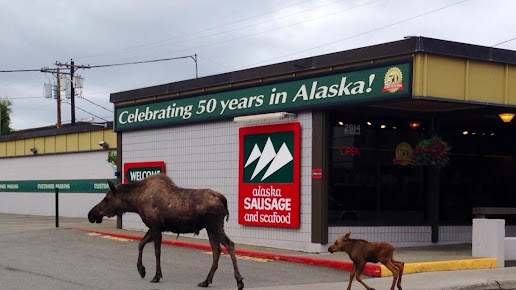 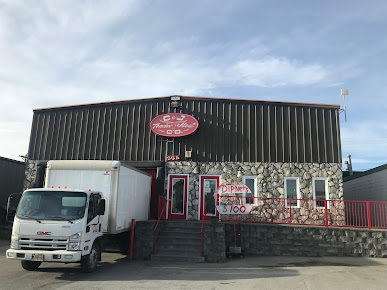